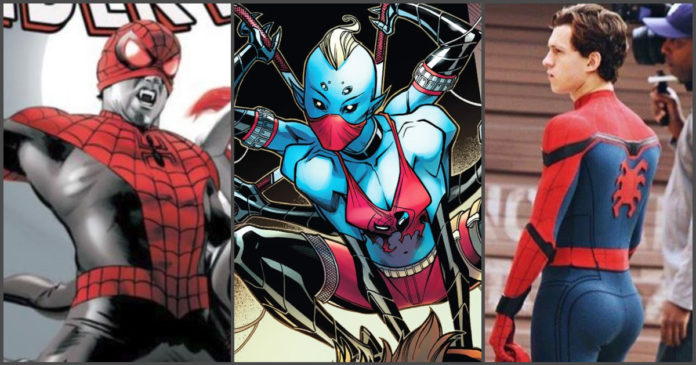 Everyone is thinking of Spider-Ma these days. A lot of that is due to the fact that the character is so popular that Sony is banking on a solo movie featuring a Spider-Man villain Venom. Then there is the appearance by him in MCU films such as Avengers: Infinity War where he displayed his heroism amply.

Despite that long-term popularity of Spider-Man, fans are not yet familiar about a lot of things related to his own body. Undoubtedly, Peter Parker’s life was altered when that radioactive spider bit him, and his body was changed greatly. Over the years, he undertook adventures that led to further crazy changes in his body. Let’s take a look at seven such changes.

Among the funniest things related to Spider-Man is that he has a lot of extremely evil villains. For example, Rhino looks greatly like a rhino. Octopus has mechanical arms that give him the look of an Octopus. That is why it is quite weird why the Spider-Man doesn’t look like a Spider.

However, there was once a time when Spider-Man looked greatly like that. In an iconic Spider-Man story written by Stan Lee, Spider-Man created a serum to get rid of his powers and wanted to become normal. Rather, his effort went wrong, and he woke up with additional arms. Thankfully, he didn’t suffer from that for long. He got an antidote from Doctor Curt Connors who himself is often known as the evil The Lizard.

One of the most scandalous Spider-Man moments would be the notorious dance sequence from Spider-Man 3. However, the long-time comic lovers were already rattled by Tobey Maguire’s version of Spider-Man in his first film itself.

It happened because the director Sam Raimi chose to show that the Spider-Man would shoot organic webbing instead of using the home-made webshooters that he used in the comic books. As the films became big hits, there came a time when the comic book Spider-Man also started using organic webs.

This is due to a crazy story where Peter Parker was bitten by a villain called the Queen. This gave Peter spinnerets on his forearms that launched the organic webbing. However, when the big-screen Spidey went back to using his home-made shooters, the comic book version also followed the lead. 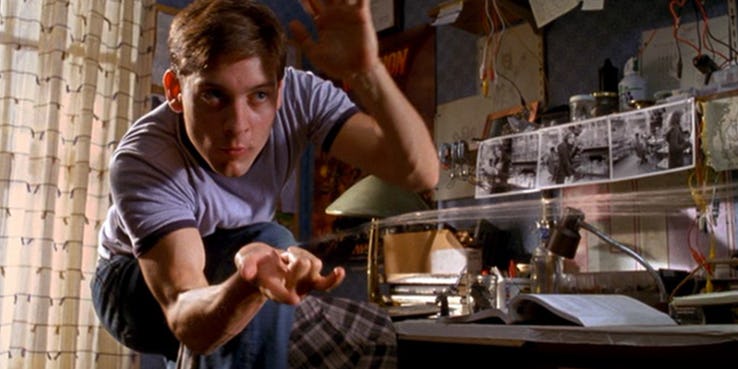 A key question that fans had for a long time regarding Spider-Man’s vision is related to the difficulty of seeing through the mask. It might also explain why the big screen Spider-Men have always taken their masks off at any given opportunity. The answer is that there is no problem faced by him due to the mask and his Spider-sense not only enhances his vision but, also gives him the power to see in the dark.

He got this power after Morlun destroyed him and Spider-Man came back from a cocoon as a new and gigantic creature. Peter later managed to control his gigantic element, and he kept some amazing new powers like the night vision. 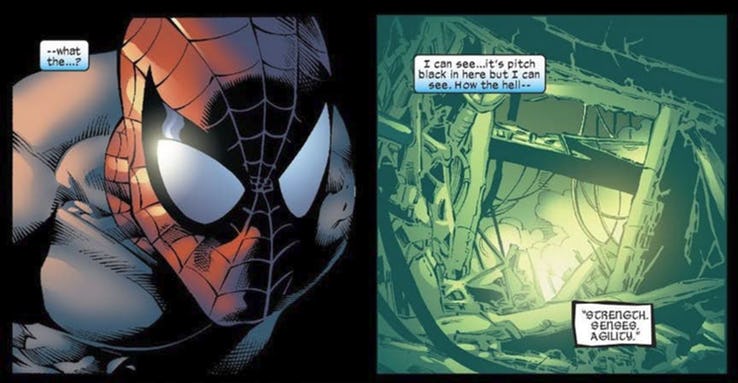 As discussed previously, Spider-Man is unaffected by a range of assaults. He can shake off numerous toxins and can absorb a lot more radiation compared to a normal person. Such a power is generally associated with his enhanced metabolism. However, you might not know that Spider-Man is vampire resistant too.

However, it is not as if he is completely immune to them. Once he was bitten by a vampire and himself became a vampire. However, he soon went back to normal.

It is not yet clear about why or how is he able to do that. Is he due to Spider-Man’s supreme willpower that can resist even a vampire’s curse. In any case, this gives Spider-Man a great superiority in any battle against the vampires from the Marvel Universe. 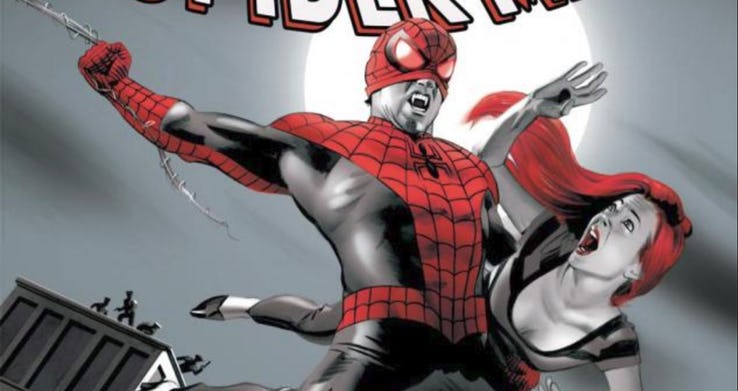 5 DESTROY WITH A TOUCH

This is quite an open secret among the fans of the web-slinger that he is always restrained in any fight he gets into. If he left his full fury on his enemies, they would fall like nine pins.

That is what the Doctor Octopus had discovered when he spent time inside the body of Peter Parker. It is not only about physical power, but, there are other uses of that power which Spider-Man avoids. One such power is that he can maim his enemies by simply touching them.

This power is logical too.

Once Spider-Man used this power to battle the Green Goblin and another time he ripped a scar into the face of Sasha Kravinoff. Eventually, this is a very dark power that Spider-Man hesitates to use. 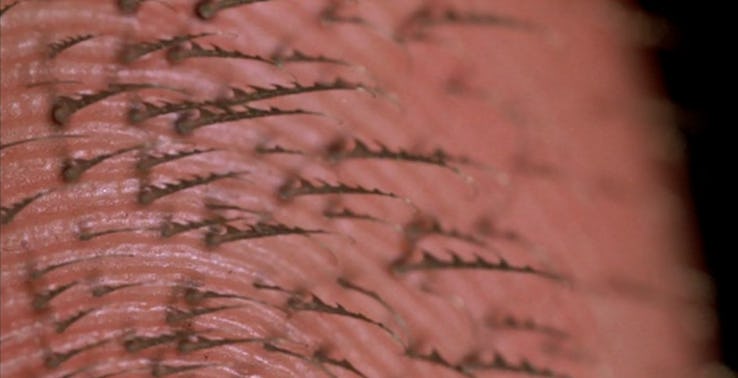 There is something that the most casual Marvel Universe fans understand, and that is the dangers of having Superhero DNA. In the MCU, it is seen how mutations like Hulk and Abomination were created during the efforts to create a modern Captain America.

Although Spider-Man is not Captain America, the heroes and the villains both understand the impact of his DNA.

Once, a crazy hybrid was created by merging the DNA of the Spider-Man and Deadpool.

There was someone called Patient Zero who had a problem with the above-mentioned heroes, and he planned to take revenge by injecting somebody with the DNA of both these characters. It resulted in the creation of Itsy Bitsy, who had the powers of both the characters. She had Spider-Man’s spider-sense, enhanced strength, speed and the iconic healing power of Deadpool. This made her almost invincible, and she kept creating troubles for the heroes who unknowingly created her. 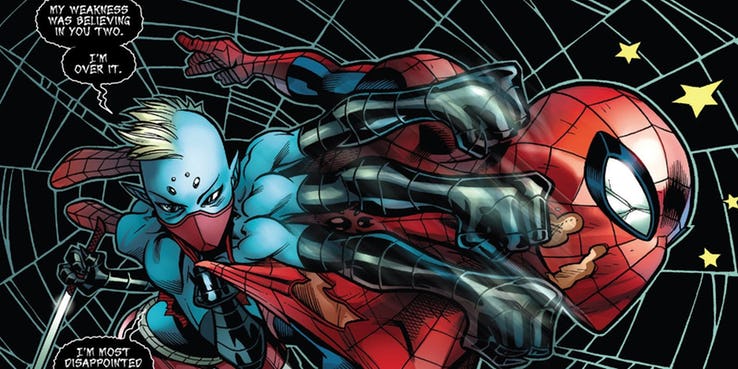 There is no way that one can go deep into the comic book world and not finding any story based on the body swap theory. This gives a great creative opening for the writers to come up with the concept where a brand new mind controlling your beloved character’s body. Generally, these are plot points used for an issue or two, but, this changed when Doctor Octopus took over the body of the Spider-Man.

Doctor Octopus had a long run inside the body of Peter Parker. The story became so interesting because he didn’t go back to his evil ways. There was some part of Peter’s consciousness that remained, and it compelled the villain to become a good man. 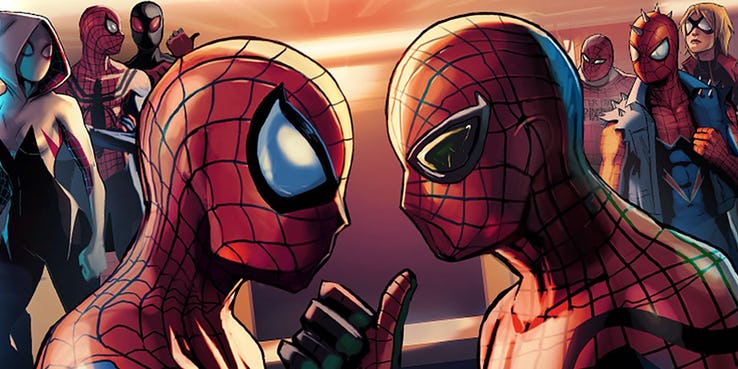 Captain Marvel: The Secret Invasion Is Coming To The Marvel Cinematic...