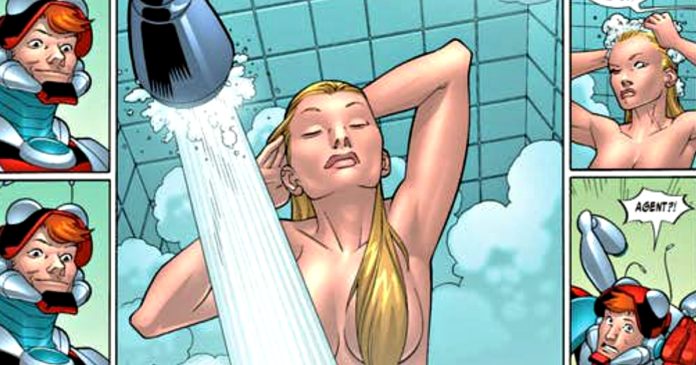 The fans had first seen the superhero, Ant-Man when he had stopped a purse from being stolen from a woman. Eric O Grady had then been seen in Irredeemable Ant-Man #1. For repaying him, he had asked her out for dinner, and she had also agreed. But he had scammed her for paying by pretending to have lost his wallet when he saved a girl from a fire.

The woman then walks him back to her apartment and then they call it a night. Ant-Man is then seen sneaking back into her apartment, and he wears his Ant-Man suit, for spying on her while she was in the shower. This is not the very first time that he has done something so perverted. 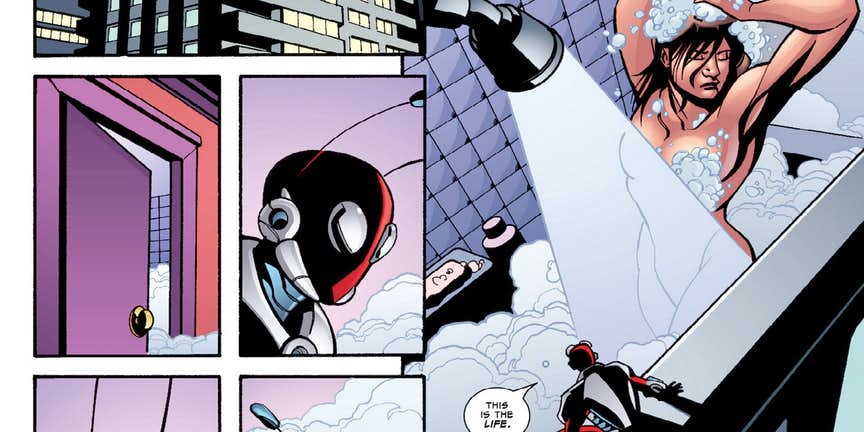 While SHIELD had been trying to track Ant-Man down for recovering the stolen suit, Eric had soon escaped, and he had hid in the purse of a random woman who had been on the street. But this woman was Carole Danvers (Ms Marvel). She is known as the leader of the Mighty Avengers, and Eric sleeps off in her purse.

He then wakes up and finds her having a shower. Eric the spies on her while she is taking a bath and he even took photographs of Ms Marvel and had an intention of selling them. 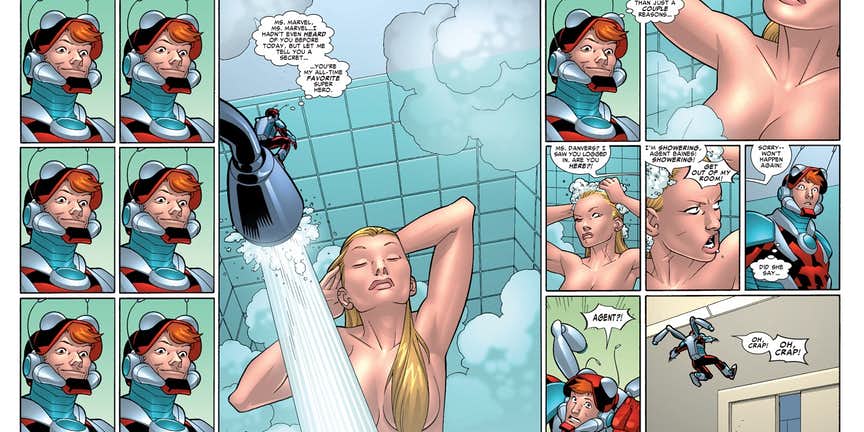 Marvel’s Stan Lee Just Made A Shocking Cameo In A DC...