Geeks on Coffee
More
Home Comics New Endgame Trailer Shows That The Avengers Have To Lose One More... 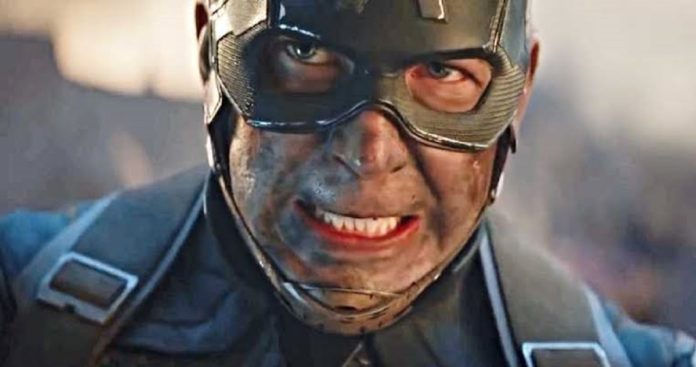 One pretty amazing achievement about the Endgame trailer had been the battle sequence. They are very well edited that the fans do not really know where the superheroes are fighting and if all the scenes are even from the very same battles. Well, there is a whole lot of conjecture around this. However one thing we all know is that the Mad Titan was involved here, and the likes of Captain America, Nebula, Rocket and War Machine are fighting Thanos.

There are a lot of possibilities where these fight sequences could happen, but the opponent is Thanos. One detail to note here is that according to Kevin Feige, all the marketing will not include scenes from the latter part of the movie and this will be from the very first act.

This pretty much is in line with all the leaked descriptions of the footage that had been shown at Disney’s shareholders meet:

“The footage starts out with the Avengers sitting in the room at the Avengers facility as was seen first trailer and Captain Marvel is also present along with the others (obviously). Nebula then comes out of the shadows and mentions that she thinks Thanos would go to “The Garden” after he completed his plan as this is what he used to tell her when he perfected her in the past. Rocket also says that he is tracking a similar energy signature on a nearing planet that he did when Thanos made the Snap-on Earth. Captain Marvel then takes a stand and tells the group that they need to go there, kill Thanos and use the stones to undo the Decimation. Bruce then asks her “what makes you think we’re going to win this time?” She replies “This time you’ll have me.” Rhodey then asks her “Where have you been all this time?” CM – “The other planets do not have the Avengers to save them.” We see Thor then stand up and call for his Stormbreaker. The axe whisks past Carol doesn’t even flinch. Thor says, “I like this one!” The footage then showed Rocket, Thor, Nebula, Captain America, War Machine, and Black Widow in space while Carol is sitting in the front seat along with him. Rocket says something along the lines of, “Who has never been in space before? Raise your hand,” and that leads Steve, Nat and Rhodey to do that. He warns those 3 – “Do not puke on my ship.””

We had seen a part of the description in the all-new trailer and with we also know that the Avengers are now planning to take the fight to the Mad Titan. So, Captain America’s shield-strapping moment, the War Machine and Rocket buddy moment has to be against Thanos on Titan 2 which is the Garden. Since this trailer has not given the fans footage from the latter part of this film, we believe that the fight happens in the very first act and that the Avengers lose.

A plot leak that had been described by The Cosmic Wonder said that the Avengers would first take the fight to Thanos and they would also lose. Since the Mad Titan never kills anyone, he pities the Avengers who have lost to him two times now.

All these assumptions make sense, and we can say that the “Time-Lapse” happens after this defeat.

The very first loss against the Mad Titan will help them learn that they cannot win this battle in the first fight way.

This is when the Quantum Realm suits will come into play as Tony would develop them after their defeat. The Avengers have to be broken down mentally and physically and only then can the superhero team reverse of the snap.

39 Absolutely Hilarious Spider-Man Vs Iron Man Memes Which Will Make...