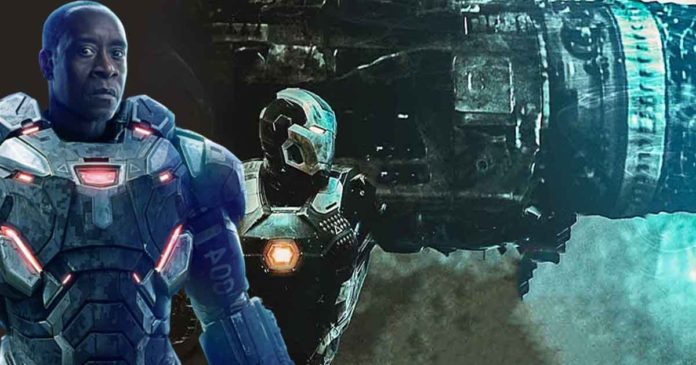 It all started with the “Look Hard” post which had been shared by the Russos as a hint of revealing the title of the upcoming Avengers movie, but what all the fans had noticed was the mystery tech piece at the corner. This image had symbolised the initials of the title – A/E to the right side of Joe Russo, but it was not hard to notice the device as it had been seen in the film, Infinity War. This led to many people talking about the now popular Proton Cannon. 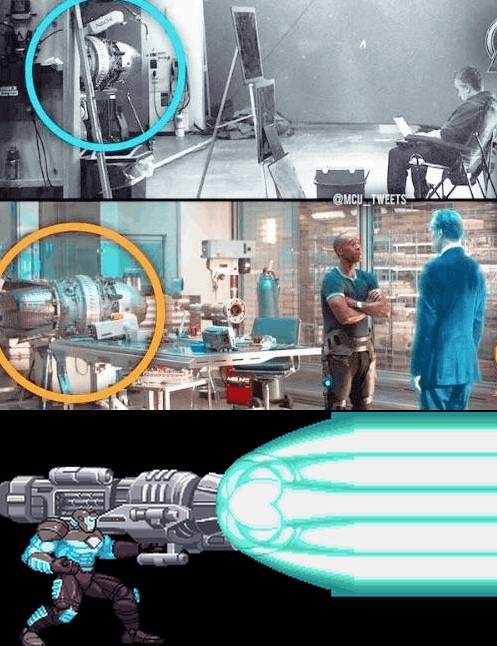 But there have been a few rumours about something that has been called the War Machine Destroyer aka, War Crusher, so maybe the cannon may make an appearance as a part of one of these suits/vehicle. But the fans know for a fact that this will show up in the movie as since it has made its way to the War Machine Action Figure:

RELATED: Here’s The Real Reason Why Terrence Howard Was Replaced By Don Cheadle As War Machine

It had been revealed in a new concept artwork book of the movie, Infinity War which had been called “The Art of Avengers: Infinity War,” by Phil Saunders that Rhodey was supposed to get two suits: 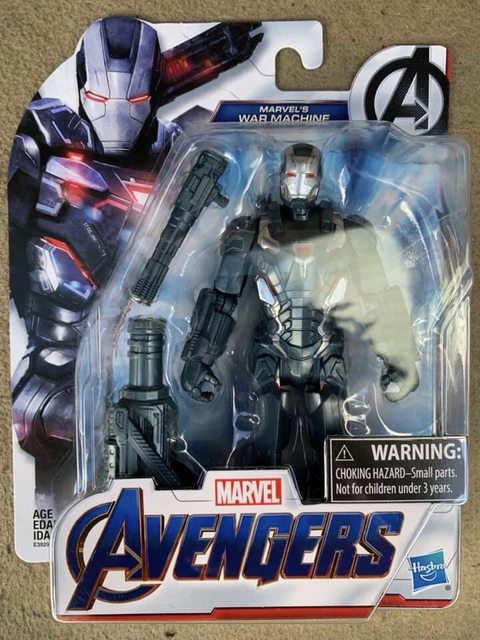 “Originally, Rhodey was going to have two different armours in this movie. And then this ultimately got narrowed down to one armour, so the best elements in both armours were combined into one. We really wanted to give him a much more advanced look than what he had had in the previous movie to keep up a little bit with the leap from the Mark 47 to Mark 50 for Iron Man. So I went with a much more sophisticated stealth geometry and breakup of the form language. I also gave him a far more extensive package of weaponry than he had ever previously had.”