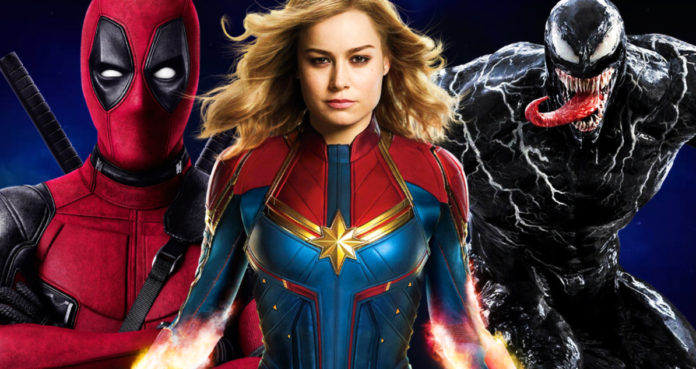 Captain Marvel is now set to command an all-new Avengers team, dubbed the “War Avengers,” and this is a military-themed group which has been tasked with heading into war.

The Thor enemy, and Dark Elf king, Malekith brought the War of the Realms to Midgard. One team that is led by Lady Freyja is marched on Svartalfheim, shut down Malekith’s Black Bifrost, and also went on to summon dark forces. 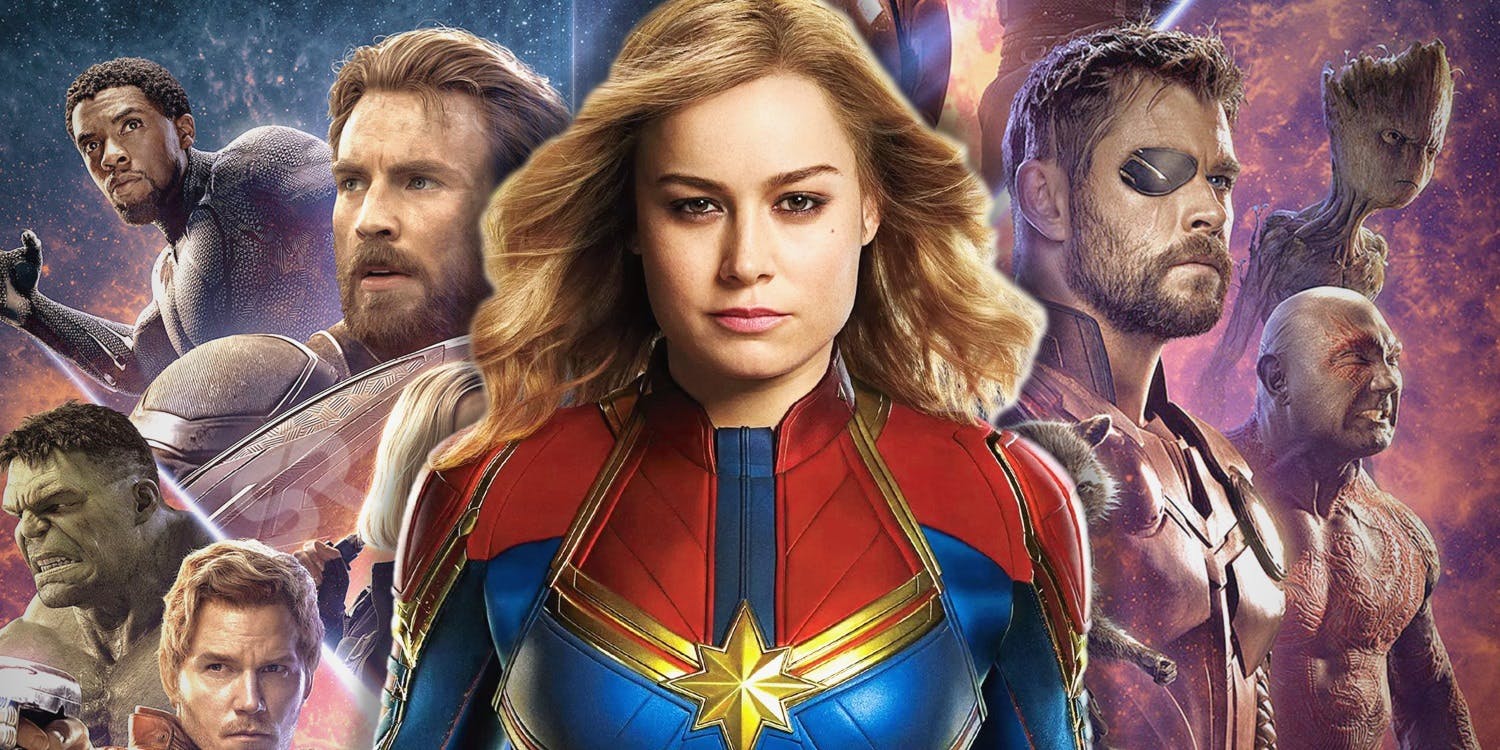 While fending off lava-fueled monsters, Deadpool was swallowed by a fire-breathing shark, and he has been retrieved by Namor the Sub-Mariner, who is king of the seas, who is angered the mouthy Deadpool and brought Thor’s “asinine war” to Atlantis.

Sif and Captain Marvel then arrive and propose a truce. Marvel then argues fairy-tale creatures ruling the surface world will actually be inconvenient for all sea dweller, and Namor quips,

“I’ve gotten rather used to it.”

Marvel then tells Namor to fend for himself and also tells Deadpool that Captain America had entrusted her with protecting Earth, which explains the presence of Weapon H and the Venom.

“This is war, Wade. Not some superhero battle,” Marvel had said.

“Ours isn’t the team that’s going to win this. Not from here. But a soldier’s job isn’t always about winning. Sometimes it’s about losing slowly. Holding the line.”

Staring at a monitor and also revealing Black Widow and Winter Soldier on a mission, Marvel says,

“Or standing in the way of an enemy’s spear so that the soldiers behind you can break through.” 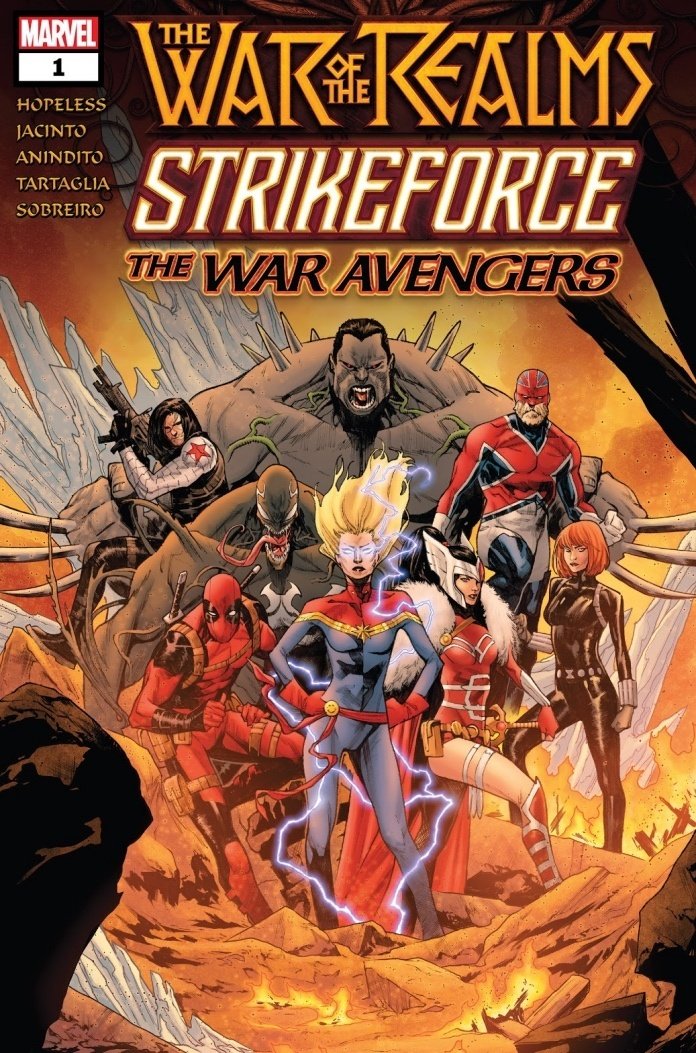 Then at the Stane International Weapons Facility in Arizona’s Sonoran desert, the espionage experts are shown to be stealing a military aircraft. They are under attack by Frost Giants and escape with the plane, and is then rescued by Sif and Captain Marvel. The jet then unleashes Venom and Weapon H.

In Sweden, Black Widow and Deadpool fend off Dark Elves while piloting suits of robotic armour and Winter Soldier covers the ground.

Sif and Captain Marvel then join the fray, but this team is overwhelmed by Dark Elf horde.

Marvel then says: “We came to take a look. To get the measure of them. Mission accomplished.”

As the Dark Elves cry “kill the Avengers,” Marvel then summons Captain Britain, who then conjures a portal and teleports the War Avengers to Braddock Academy.

Captain Britain is very adamant that he will not endanger his school and Marvel wants to take the fight to the Dark Elves.

When Britain then reveals the Black Knight and his team have engaged Malekith in London, Marvel then suggests a surgical strike.

“Cut off the head of the king and… good God. Maybe we can end this.” 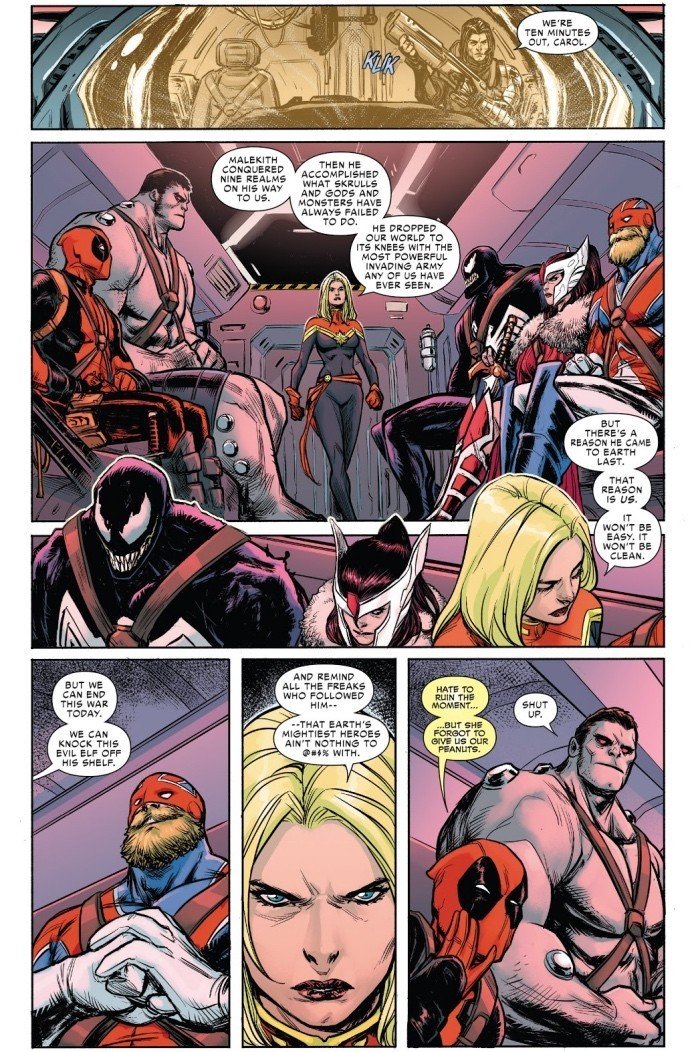 In London, Spitfire, Union Jack and the Black Knight, are enjoying a pint after having defeated a wave of Malekith’s forces.

“He dropped our world to its knees with the most powerful invading army any of us have ever seen,” Marvel had said.

“But there’s a reason he came to Earth last. That reason is us. It won’t be easy. It won’t be clean. But we can end this war today. We can knock this evil elf off his shelf. And remind all the freaks who followed him — that Earth’s mightiest heroes ain’t nothing to @#$% with.”

The War Avengers then reach London and found Malekith stood over the defeated Black Knight, and in possession of the Ebony Blade. Venom then ambushes Malekith but is obliterated, and Malekith and Venom are gone.

Captain Marvel is furious, and soon gains her second wind. She then cries for the War Avengers to assemble and they fly back into one more battle of seemingly endless war which will continue in War of the Realms #5. 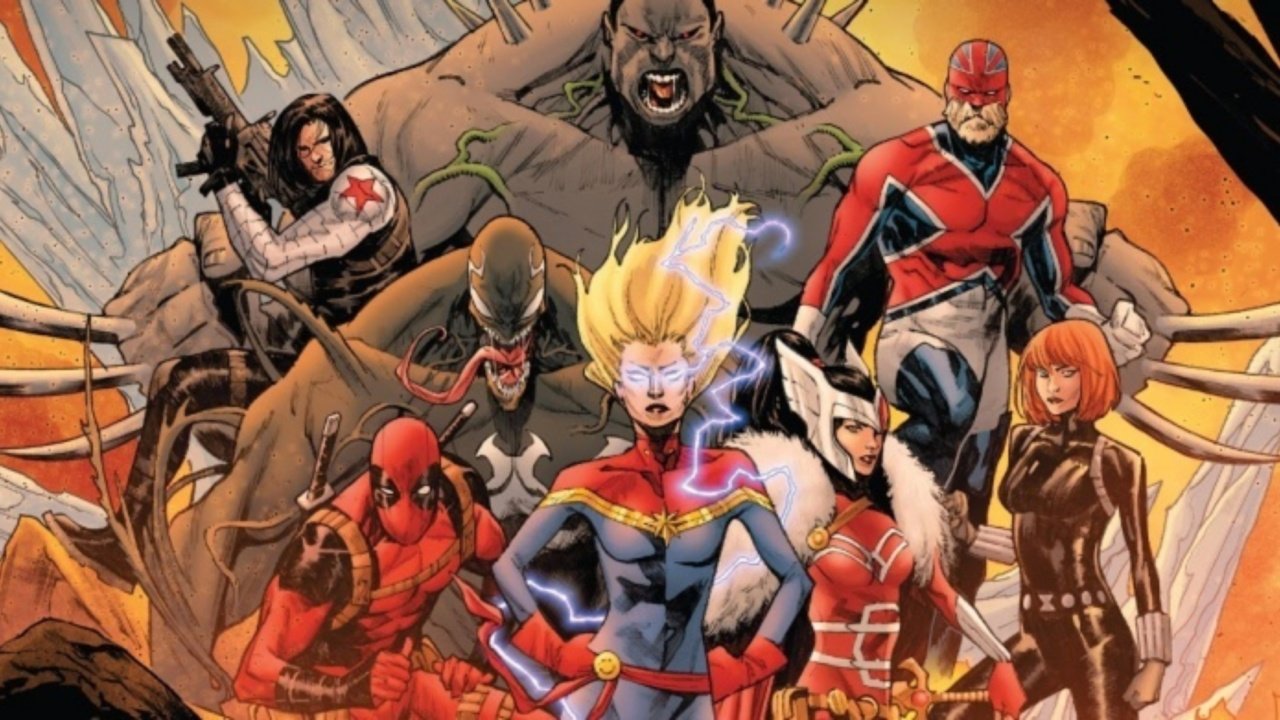