Geeks on Coffee
More
Home Comics Batman Confined Robin To Batcave And Fed Him Rats: Here Is What... 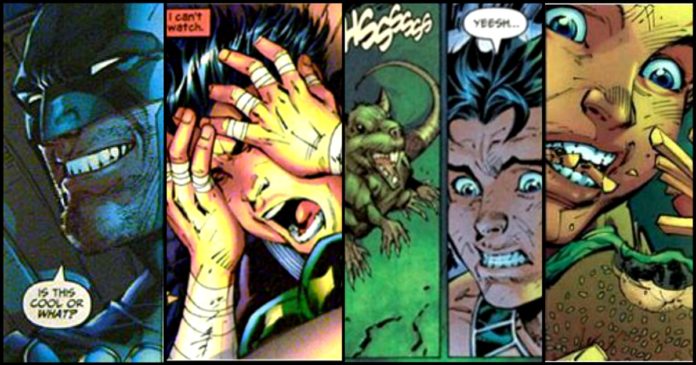 Many years ago a person called Bruce Wayne went to a circus. Things took a tragic turn and Grayson family was destroyed when a criminal called Boss Zucco murdered Dick Grayson’s acrobatic parents, leaving the 12-year-old lad as an orphan. Bruce picked Dick up as his ward and took him under his mentorship. He promised to avenge Dick’s parents and turn him into a vigilante. However, at times we have seen how Batman compelled Robin to do the weirdest and most insane things which are unacceptable. Here we will take a look at such an occasion when Batman fed mice to Robin! 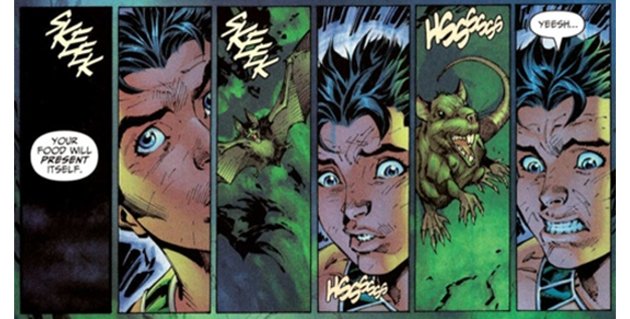 The comic book All-Star Batman and Robin showed Batman to behave like an absolute idiot. Franck Miller distorted the worldview of the Dark Knight and made him use Dick Grayson as a punching bag. Things started during a night out at the circus where Bruce Wayne and his date Vicki Vale witnessed to their horror, the murder of Dick’s parents by an assassin. Batman wasted no time in taking over Dick’s guardianship, but, with the stipulation that he was not permitted to cry.

Bruce Wayne delivered the word: get trained by me and take revenge for your parents, but, there is no place for emotion, and you have to eat what I order. Bruce Wayne compelled Robin to survive on his own in the Batcave. If he felt hungry, Bruce told him to prey upon the rats that could be seen loitering around. When Alfred came to know of it, he got a Big Mac and fries for the sidekick, and Bruce screamed at him saying, “What the hell do you think you’re doing, Alfred?”. This proves that there are some serious problems with the Batman.

Will We See The Hulk Sporting A Space Armor In Avengers...