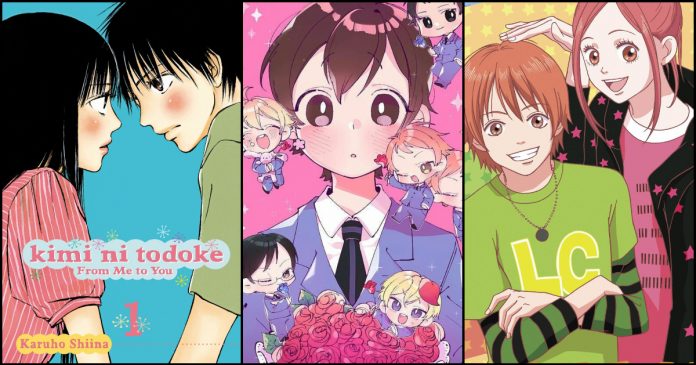 The literal meaning of the term ‘Shoujo’ is a girl and this genre of anime stands for the audience base which consists mostly of young girls. While many are of the view that Shoujo anime is all about high school romance tales that is not necessarily the case. Neither is it such that this genre of anime is appreciated only by the young girls. There is a wider audience base for Shoujo anime and they consist of all sections of the society. It is often seen that the protagonists in Shoujo anime are predominantly young men but even here there are plenty of exceptions. In this article, we will be providing you with a compilation of some of the best shoujo anime of all time. 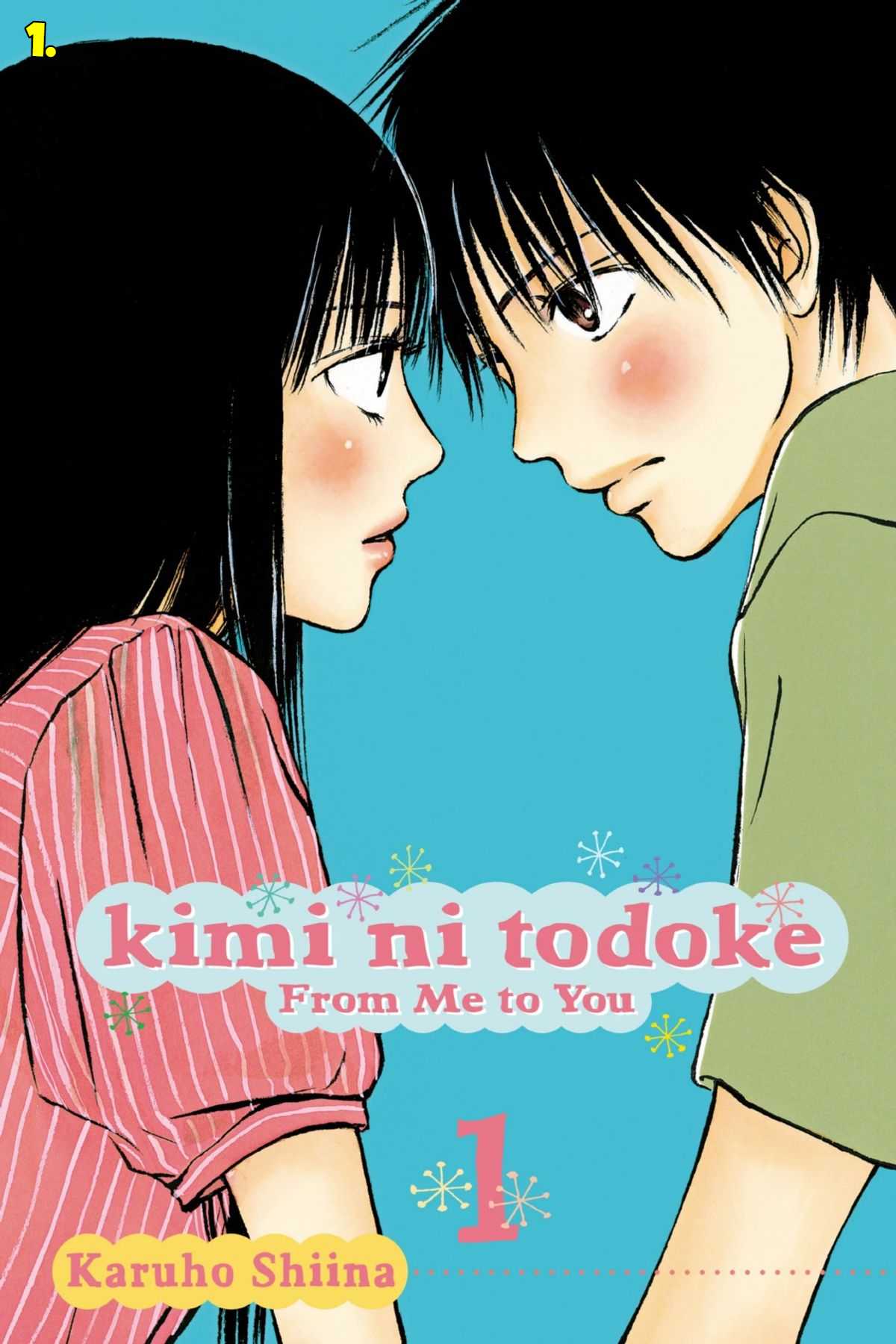 This Shoujo anime deals with the age-old problems that introverts have to deal with. The female character in this anime is an introvert and also is an outcast because of her appearance. The story traces a unique connection that develops between her and a boy who has characteristic traits which are the exact opposite of her. This male character is possibly among the nicest characters in the world of Shoujo anime and this sweet love story will bring a smile to your face.

2. Tonari no Kaibutsu-Kun (My Little Monster) 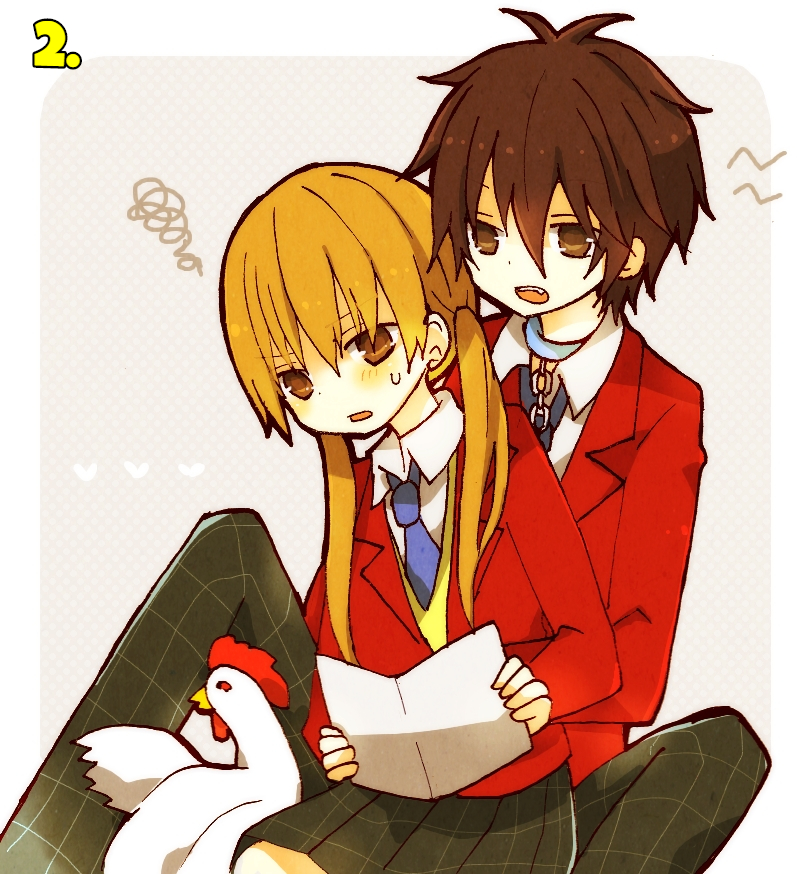 Shoujo anime usually has female characters who are shy and emotional. The female lead in My Little Monster is a welcome change from the norm and is full of cynicism. She is a no-nonsense person and the story revolves around her love story developing with the male protagonist who is a delinquent character. Even with the basic differences in their personality, how their love manages to flourish is what forms the base of this anime. 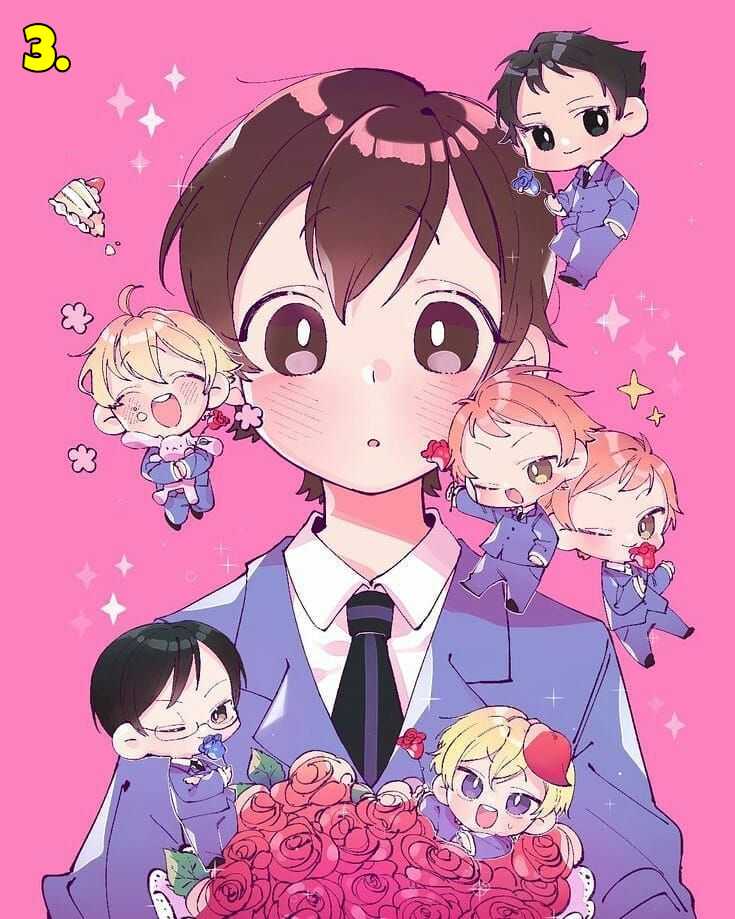 This is among the classics when it comes to gender bender anime. More importantly, this anime is full of surprises that you would go ahead as you go on watching the series. The initial stereotypical reverse harem soon transforms into a full-blown story with characters developing well. It caters to the mature minds and is a treat to watch among the various Shoujo anime. This one is a must-watch for those who like harem shows or gender benders. 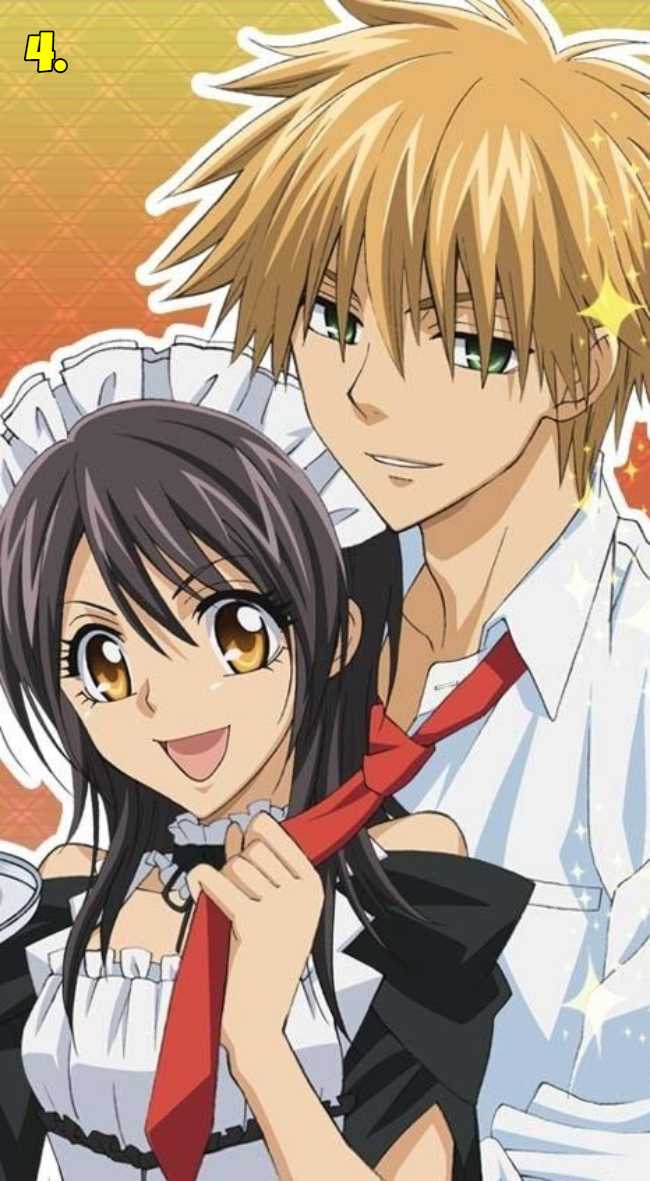 When it comes to Shoujo anime, this one is a clear winner. It depicts the classic love story of a handsome boy falling for the president of the class. There is more to the simple love story as they soon discover each other’s secrets and the boy finds out that the girl works at a maid-bar when she is not in school. Her secret is out in the open and the story progresses with both realizing how different they are outside school. 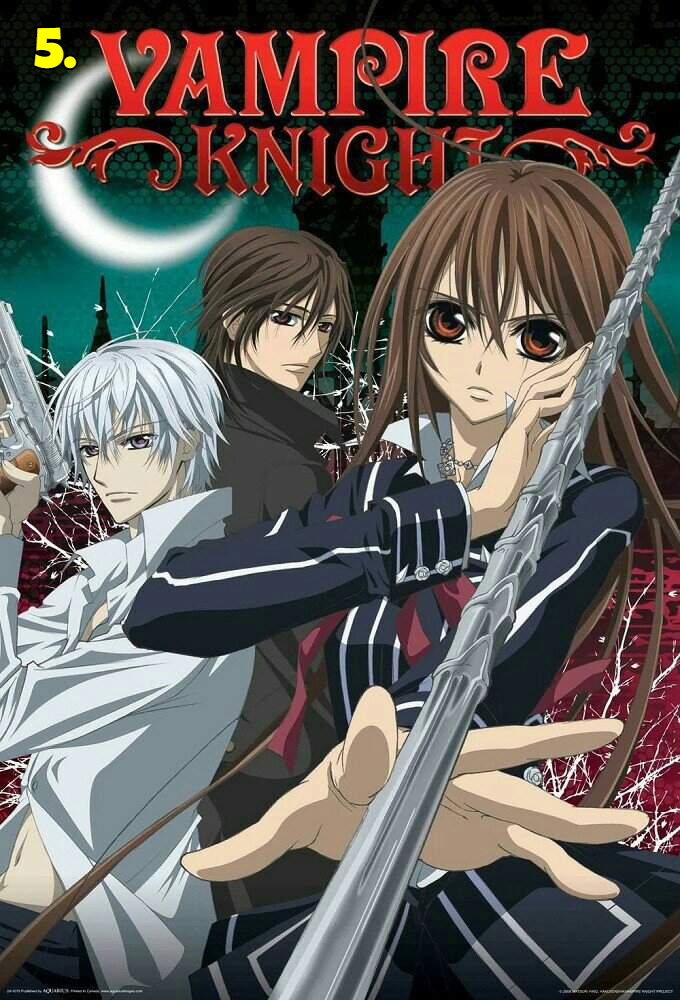 This anime is a welcome change from the usual Shoujo anime as it combines horror with romance into a binding story. Vampire Knight is about Yuki Cross who is a pretty guardian and falls for a vampire Kaname Kuran. The school has two shifts where the night shift is attended by the vampires and the day shift is for the humans. The attractions of Yuki Cross have their consequences and that is what the story moves on to going ahead.

RELATED: 22 Best Shounen Anime of All Time to Warm Up Your 2020 Beginning 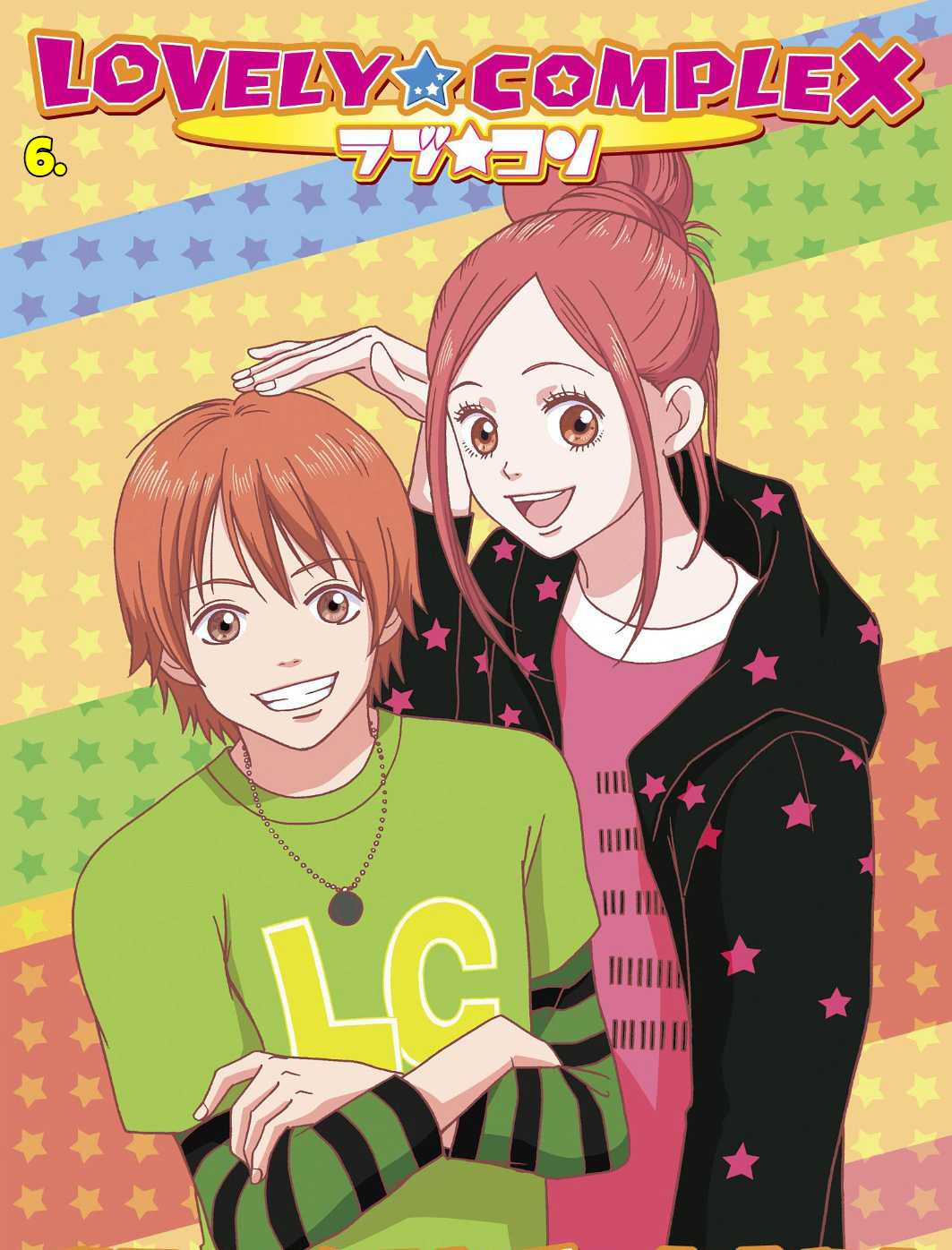 We are generally treated to a societal convention when it comes to Shoujo anime couples. The guy is tall and handsome and the girl is shy and petite. Here the roles are reversed and it makes for a hilarious watch as there is a generous dose of humor. Besides this, the love battling the societal norms is also one to watch out for and sets this anime apart from the others in this category. Lovely Complex is sure to invoke your thoughts besides being an entertaining anime. 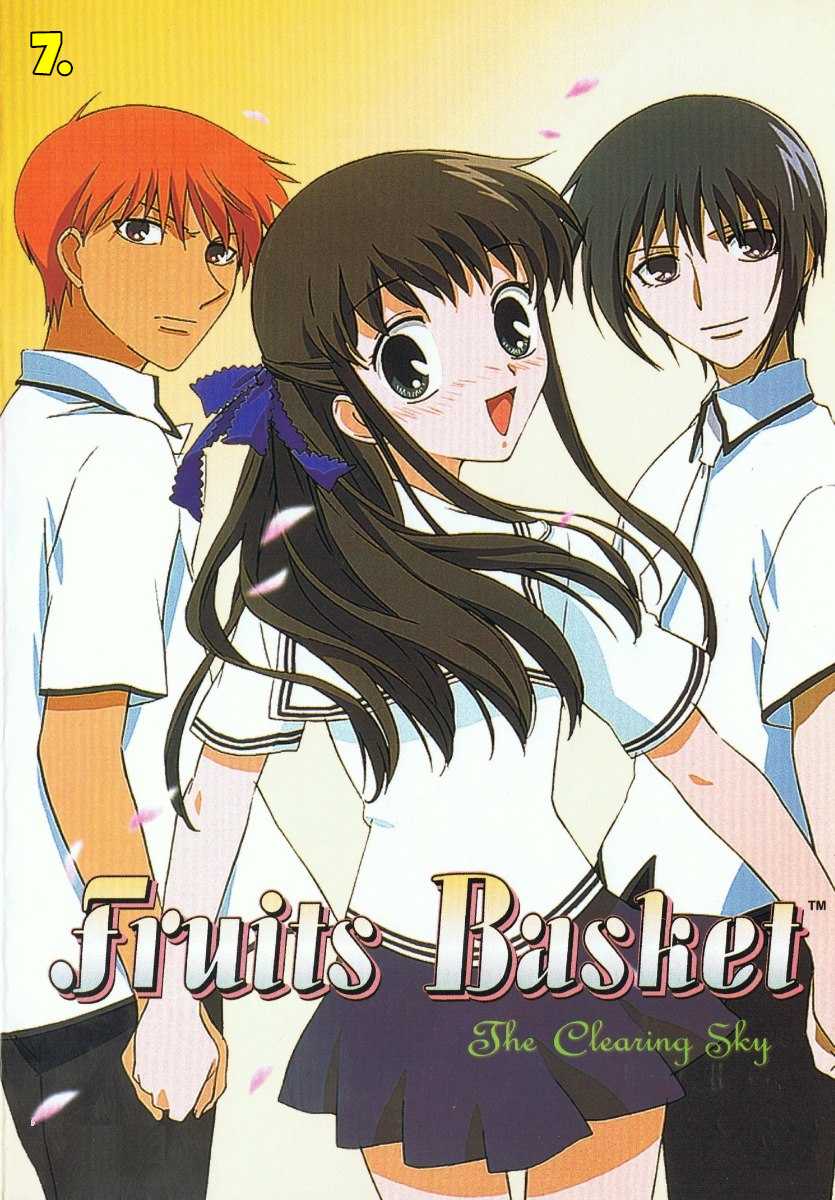 Fruits Basket is a Shoujo anime about a cursed family called the Souma family. Every time a member of this family hugs someone from the opposite sex, they are transformed into animals from the Chinese zodiac. Then comes the character of Tooru Honda who breaks the spell and although it is an exciting anime, there are complaints from the viewers that it does not exactly adapt the manga. 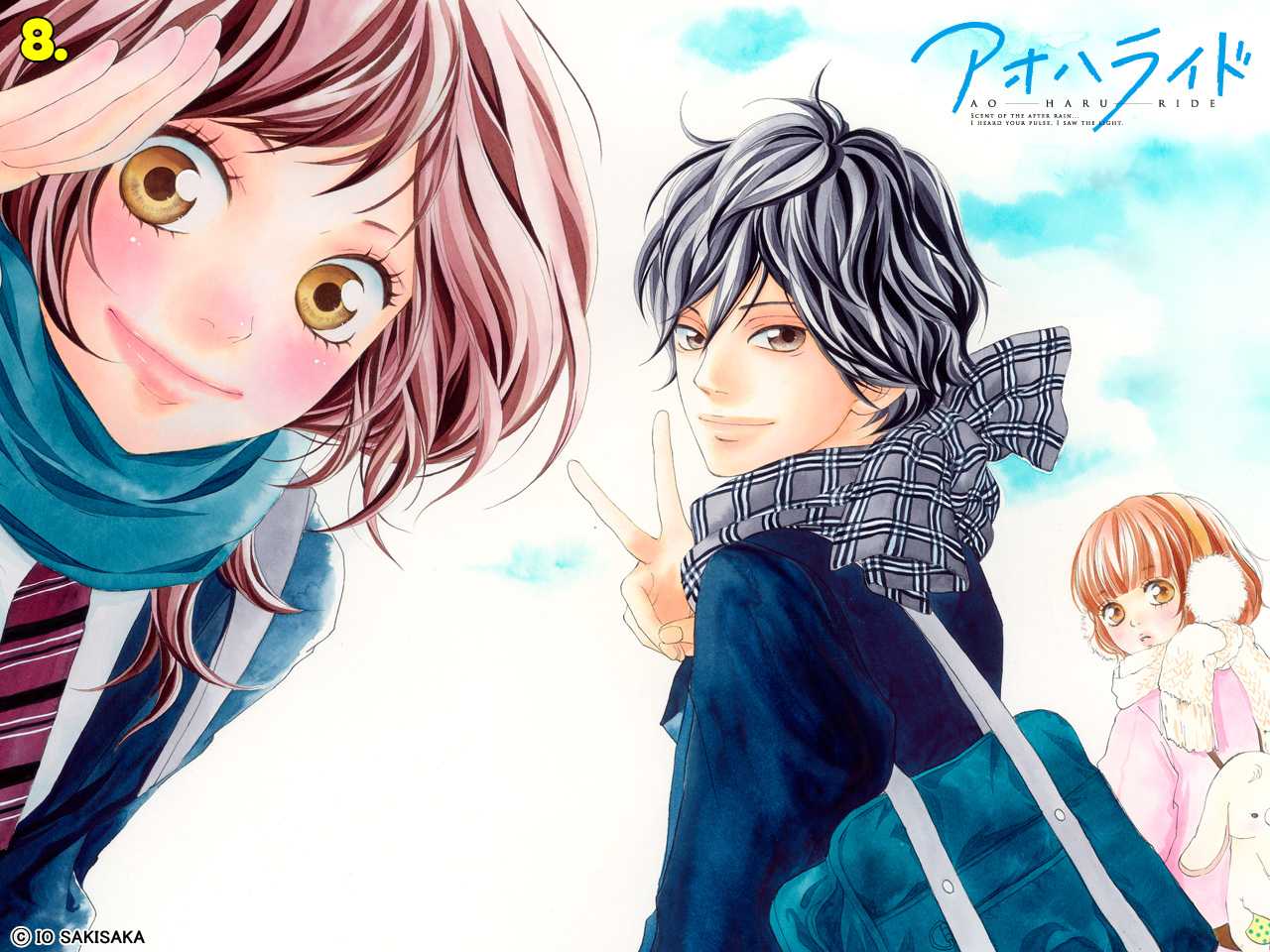 First love holds a special position in everyone’s life and this anime explores the subject whether it is indeed possible to forget one’s first love. Blue Spring Ride is the sweet love story about an introvert and grumpy boy and an outgoing girl. The journey of their love following their high school romance is what forms the basis of this anime. The manga from which it has been adapted is regarded as one of the bestsellers and this is a must-watch for the Shoujo anime lovers. 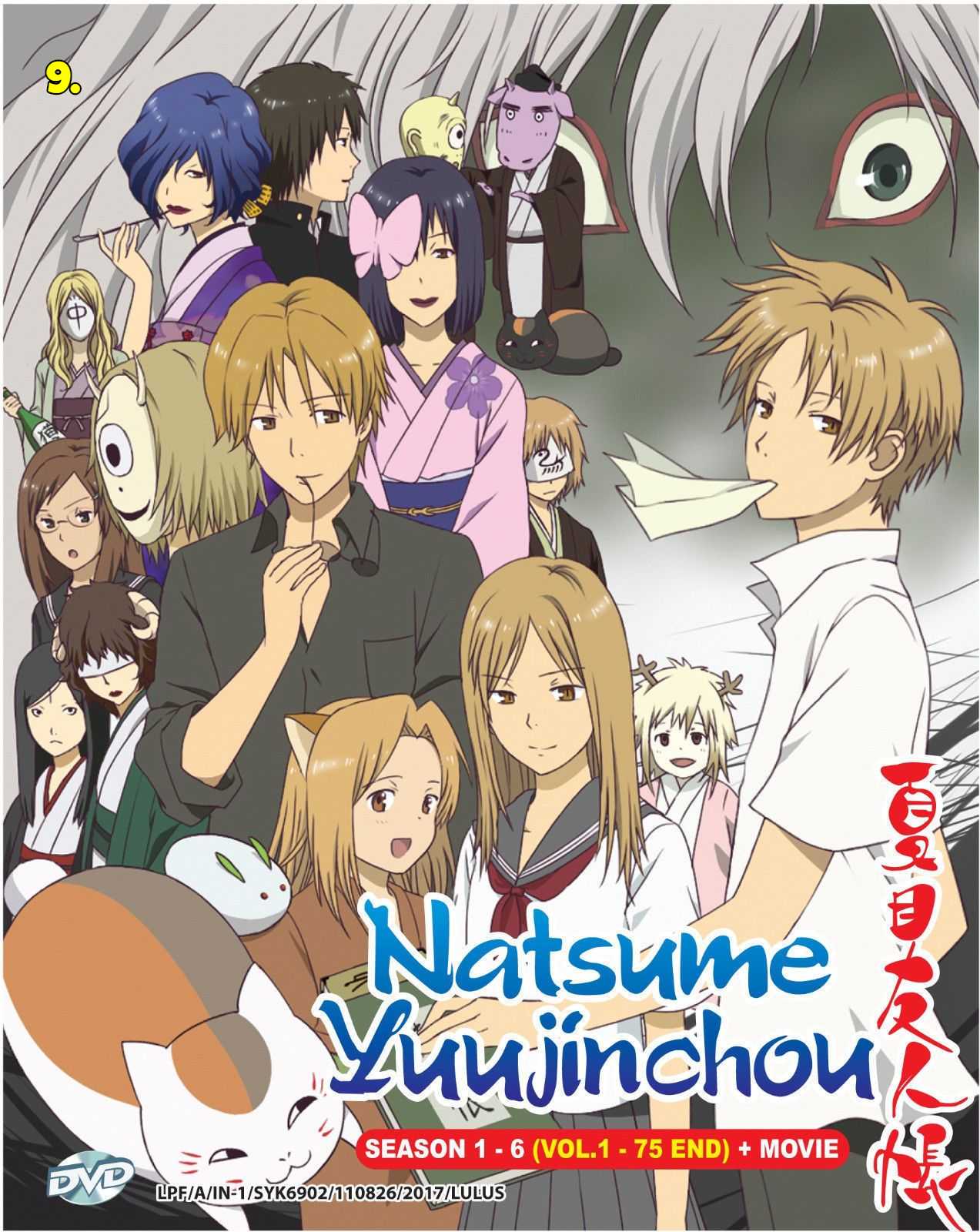 When we speak about Shoujo anime, immediately a love story or some generous dose of romance comes to mind. This is a pleasant exception and it deals with a male protagonist with no romantic angle to the story. The anime revolves around the mysteries and supernatural entities in the show. It is surely going to be a pleasant experience and it serves as a comforting watch for the viewers. 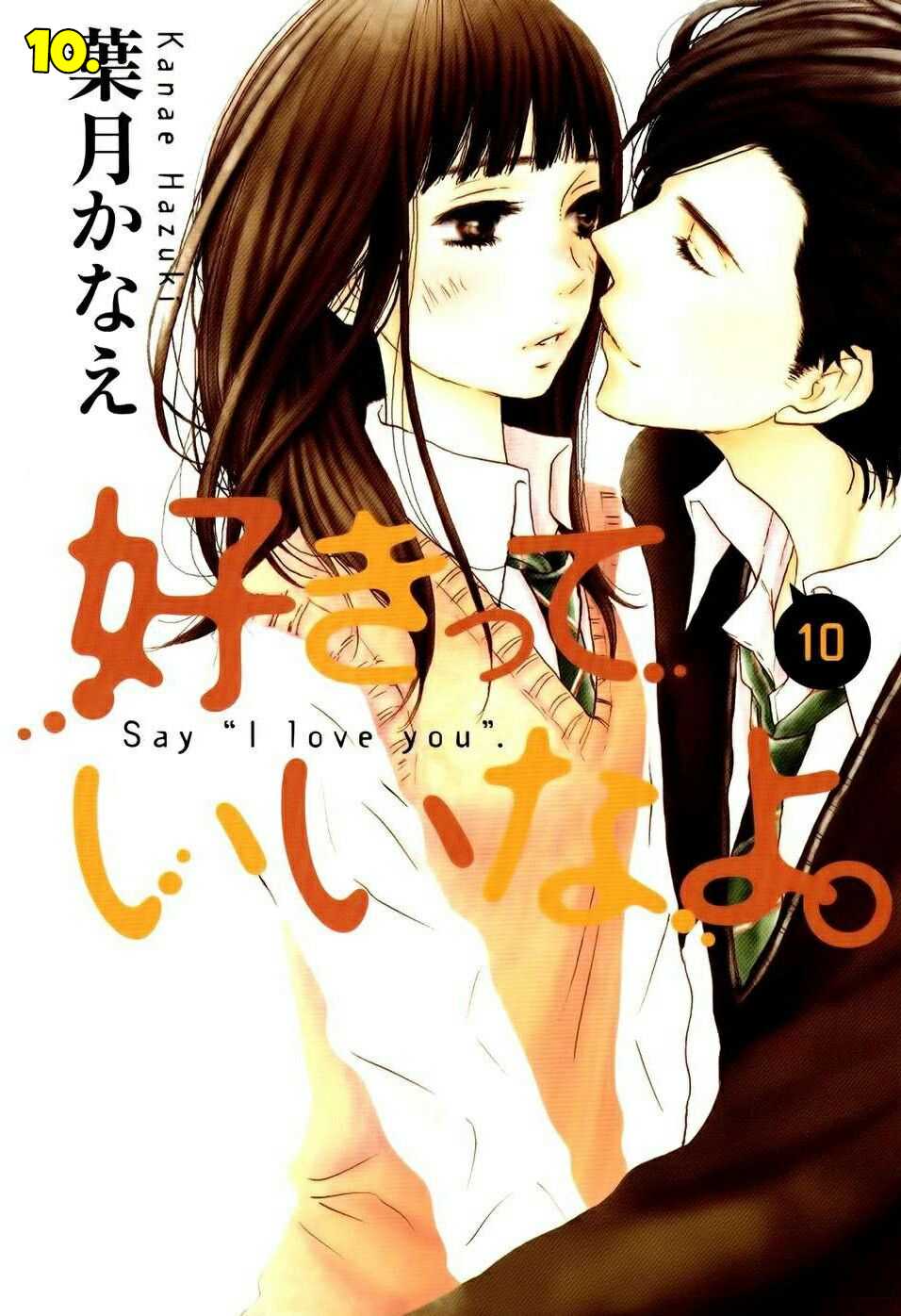 The saying opposites attract find a new meaning in this popular Shoujo anime. The guy in this love story is a pleasant and outgoing character while the girl is more of an anti-social with an introverted nature. This, however, is no hindrance to this unique love story and the tale is as impressive as it gets. The love brewing between such different personalities is a treat to watch. 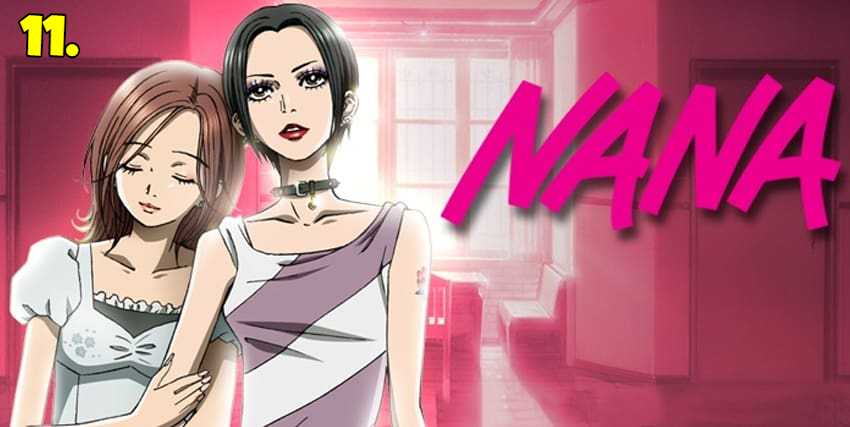 If we manage to move beyond the sweet and cute love stories, Nana offers a darker side of relationships. This mostly caters to a mature audience and explores the journeys through heartbreaks and drug-abuse. Nana is an extraordinary anime which poses certain important questions before the viewers. One cannot help but empathize with the characters in Nana and the tough life they must go through. Some scenes in Nana are definitely for the adults and many consider this to be more of a Josei anime than a Shoujo anime. 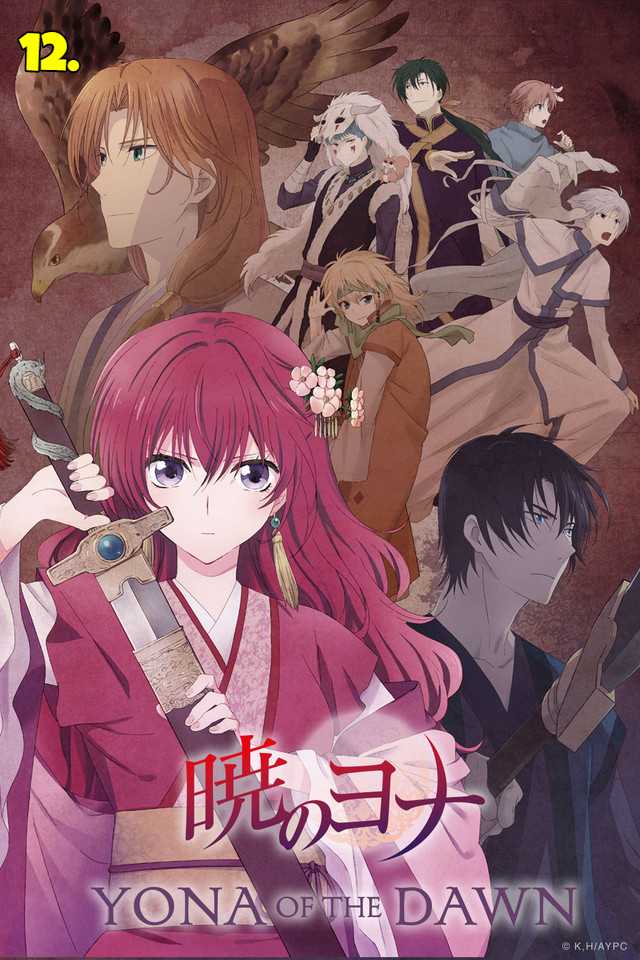 This is a historical anime with a lot of intense action. At the same time, it does have its fair share of romance as well. Based on a historic setup, this Shoujo anime is about a princess who is banished from her kingdom. In such times to trouble, all she has is her reliable bodyguard Hak. They evade the enemy forces and the princess has to soon mature and grow up to reclaim what was rightfully hers. This anime has the intensity and gripping storyline to have you engrossed all the while you watch this show. 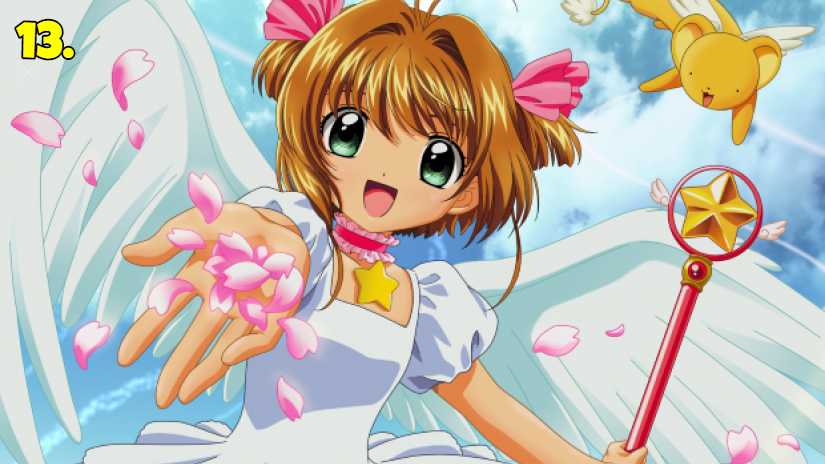 Kinomoto Sakura who is the protagonist of this anime is a 10-year-old girl. She accidentally released some Clow Cards which are harmful for the world and now the responsibility is upon her to set things right and protect the world from these cards. The character is among the cutest anime characters of all times and besides the normal school girl, she also balances the mystical and magical life that she leads with ease. It is a Shoujo anime which many are in love with for the interesting plot that weaves around Kinomoto Sakura and her mission. 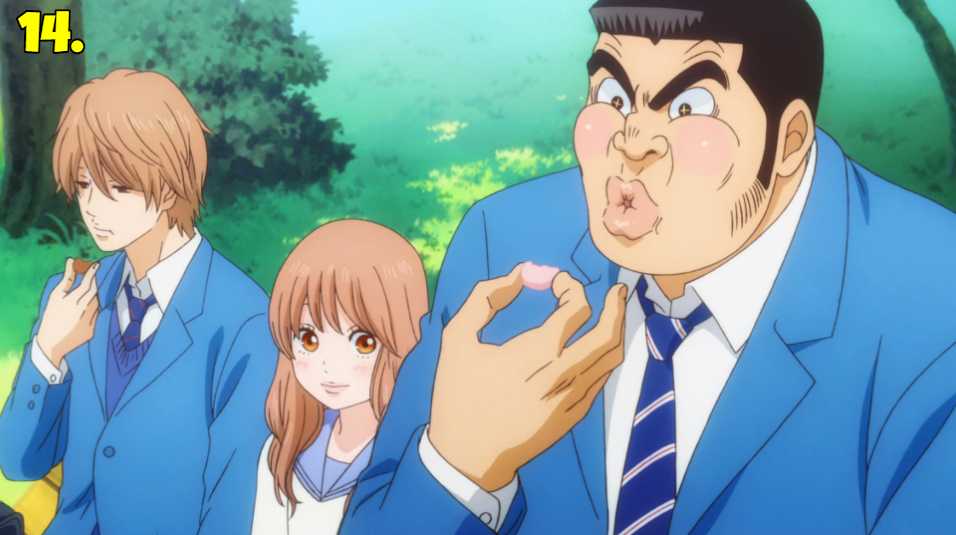 Looks are not always the best determiners of a character and this anime is a perfect example of that. The main male protagonist of the story is very different from the usual Shoujo characters which present sweet and good looking characters. Here the main guy is hairy and huge and not conventionally handsome. He finally manages to get the better of his insecurities and evolves as the story moves on. 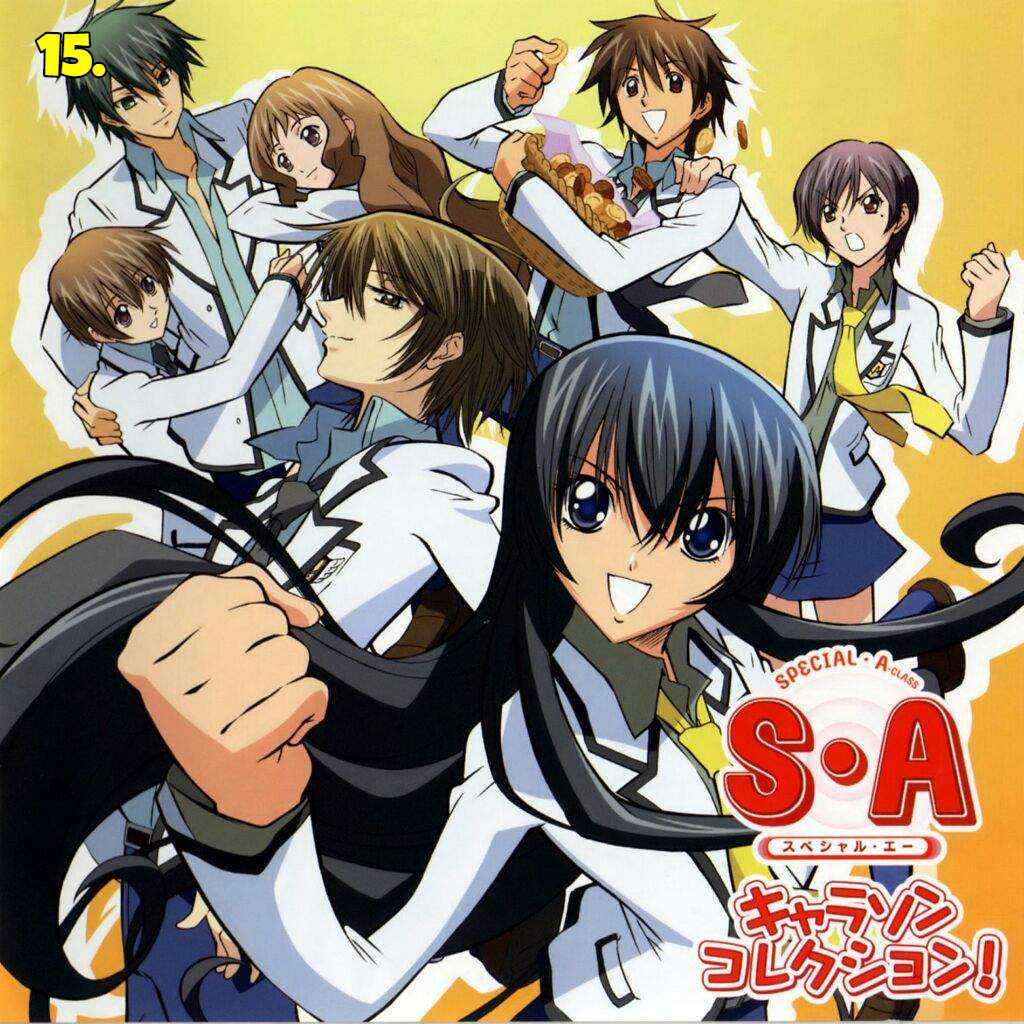 This anime deviates from the usual Shoujo female character who is shy and timid. The female protagonist here is more of a confident and competitive person who is arrogant and all about winning. But even in this character, competition takes a backseat when romance comes into the picture. The love story shown in Special A is about going beyond the competition and holding on to love. It is a delightful addition to the list of Shoujo anime and one must watch Special A for the feel-good vibe associated with it. 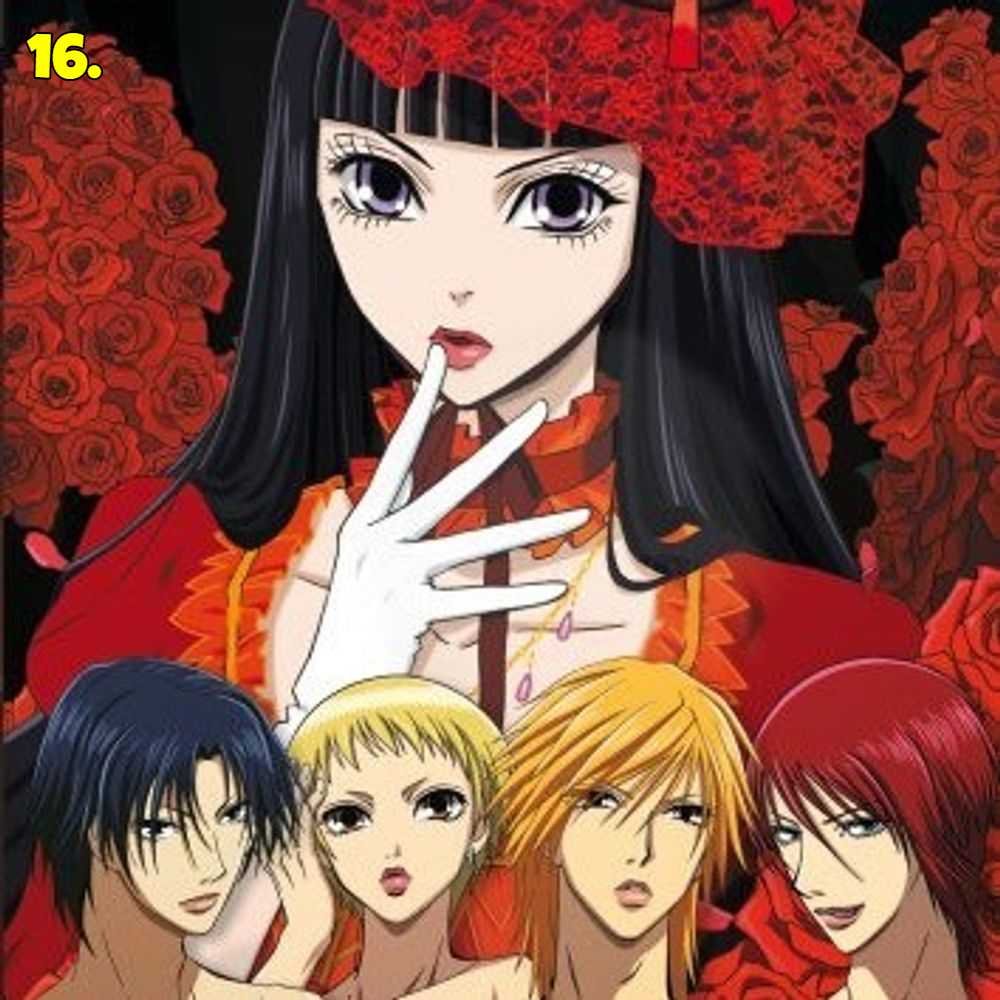 This is a hilarious series and is definitely worth a try for the ones who are seeking a good laugh. The Wallflower has four of its protagonists named Ranmaru, Takenaga, Kyouhei, and Yukinojou living on rent in a large mansion. They live rent-free and the only condition is that they have to train the niece of the owner to be an elegant and respectable young woman. If the condition is failed, then their rents would be tripled and the story moves on with the funny struggles of the four young men.

17.  His and Her Circumstances 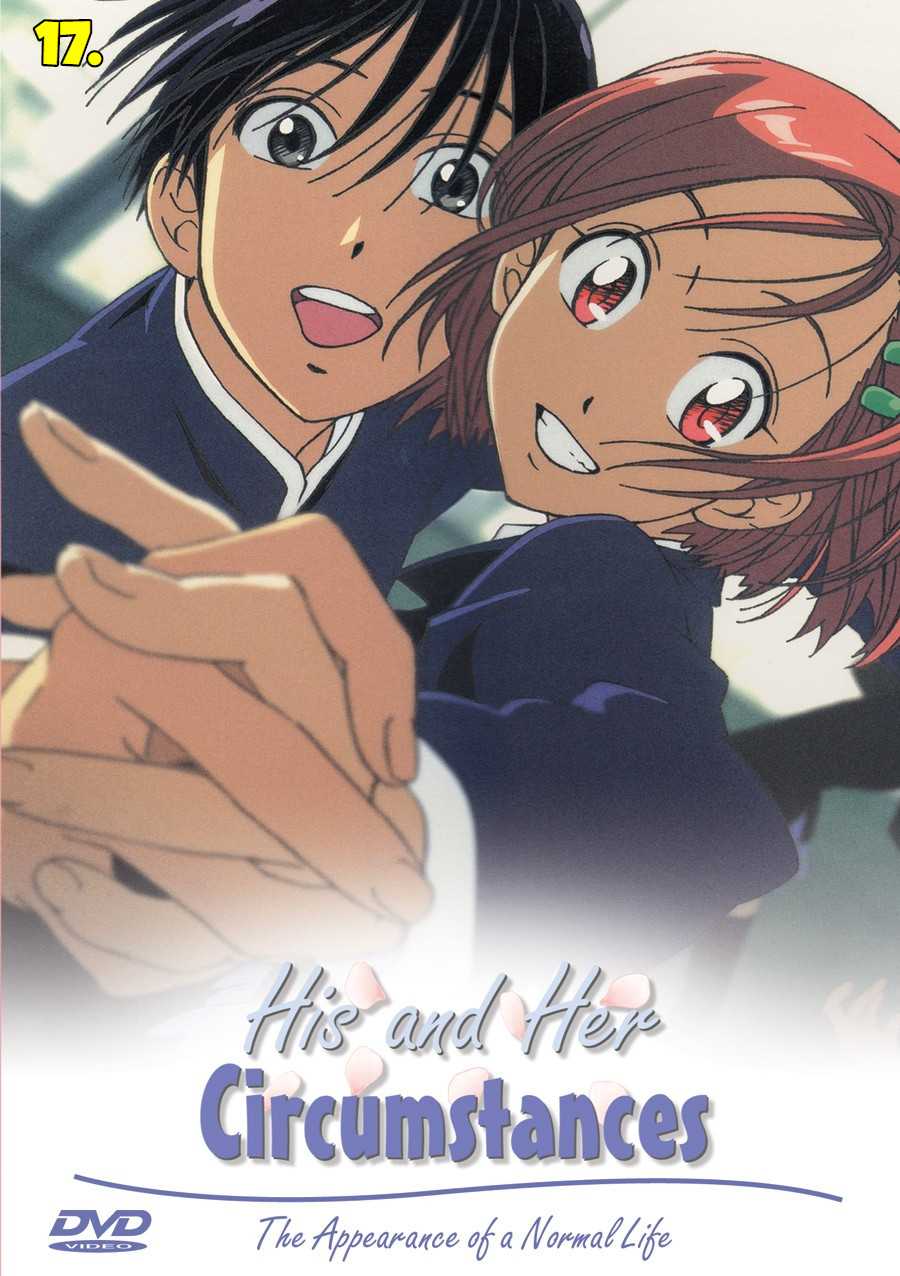 This was a very popular Shoujo anime back in the 90s when this came out. The story revolved around a scholar who fell in love while giving refuge to a boy who came from a broken family. While the protagonist has her own struggles of trying to be the topper of her class, she also cannot help falling hopelessly in love and the story explores her dilemma through a gripping narrative. 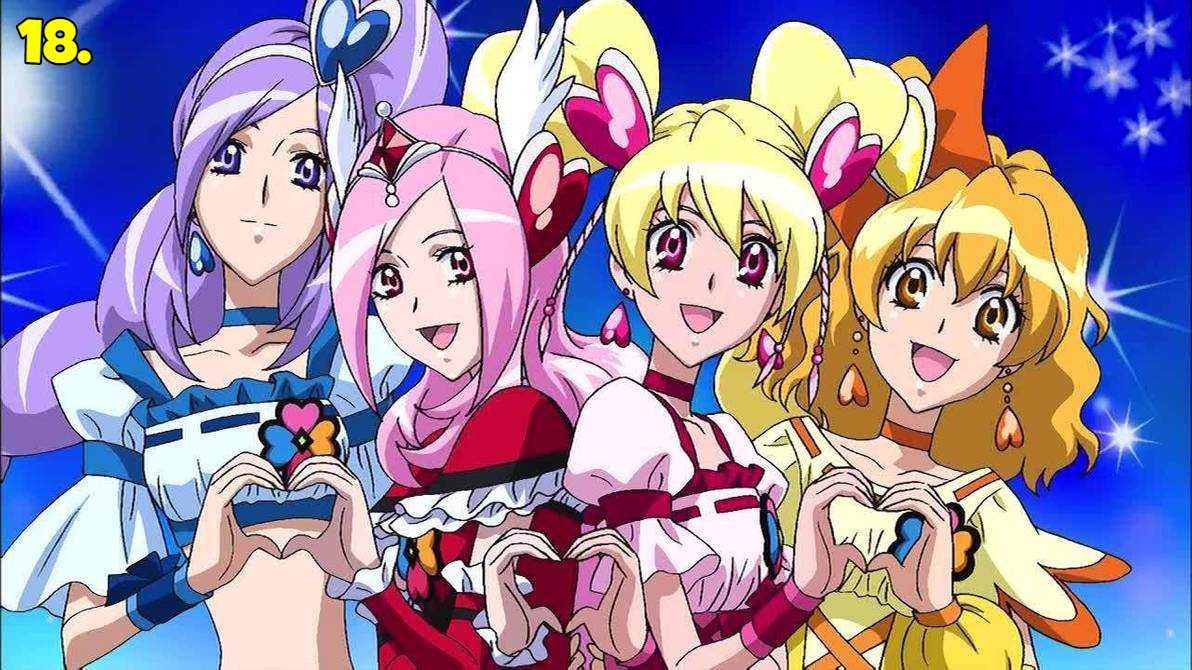 Fresh Pretty Cure has the perfect recipe for success when it comes to Shoujo anime and people are in love with the cuteness of one of the main characters named Love Momozono. She aspires to become a dancer after attending a dance show and slowly the story comes to the point where she must also be the protector of the world besides competing for her dancing ambitions. The series has 50 episodes but the style of storytelling will not let you feel that it is dragged.

19.  The Vision of Escaflowne 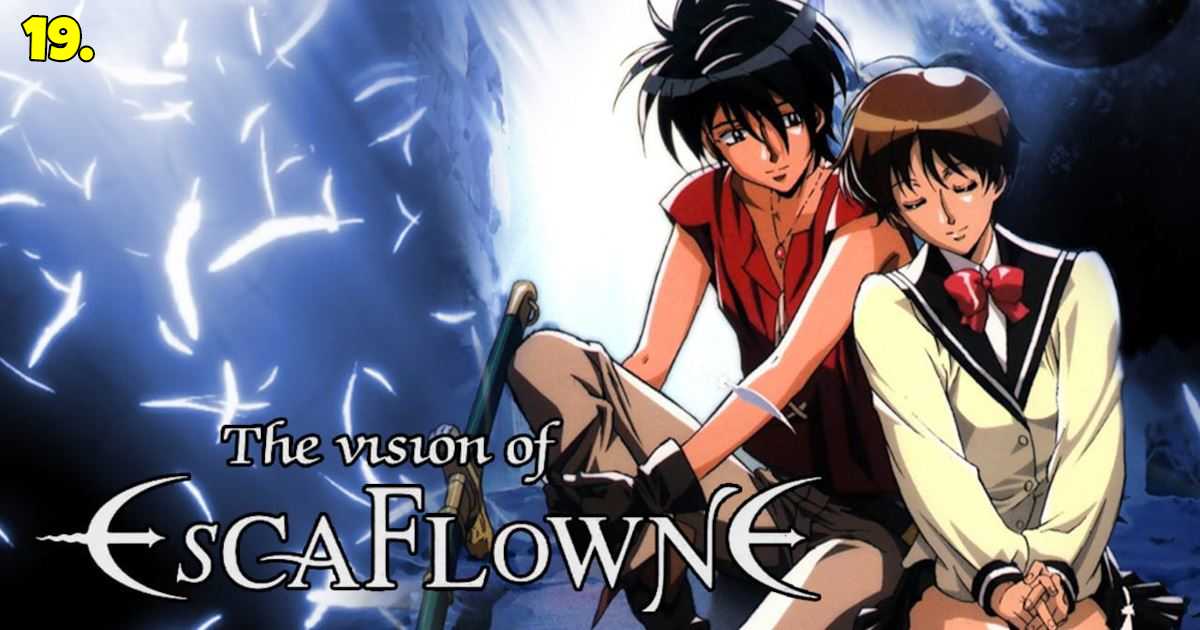 This is also a popular anime with a story of bravery, gallantry, and deep emotions. The tale revolves around Prince Van and some of his friends and their mission to overcome the Zaibach Empire. The mission is easier said than done and the series moves ahead with thrilling turn of events and the hardships that lie ahead in the way of succeeding in their goals. It has some amazing action sequences and some of the scenes are sure to keep you glued to your seats. 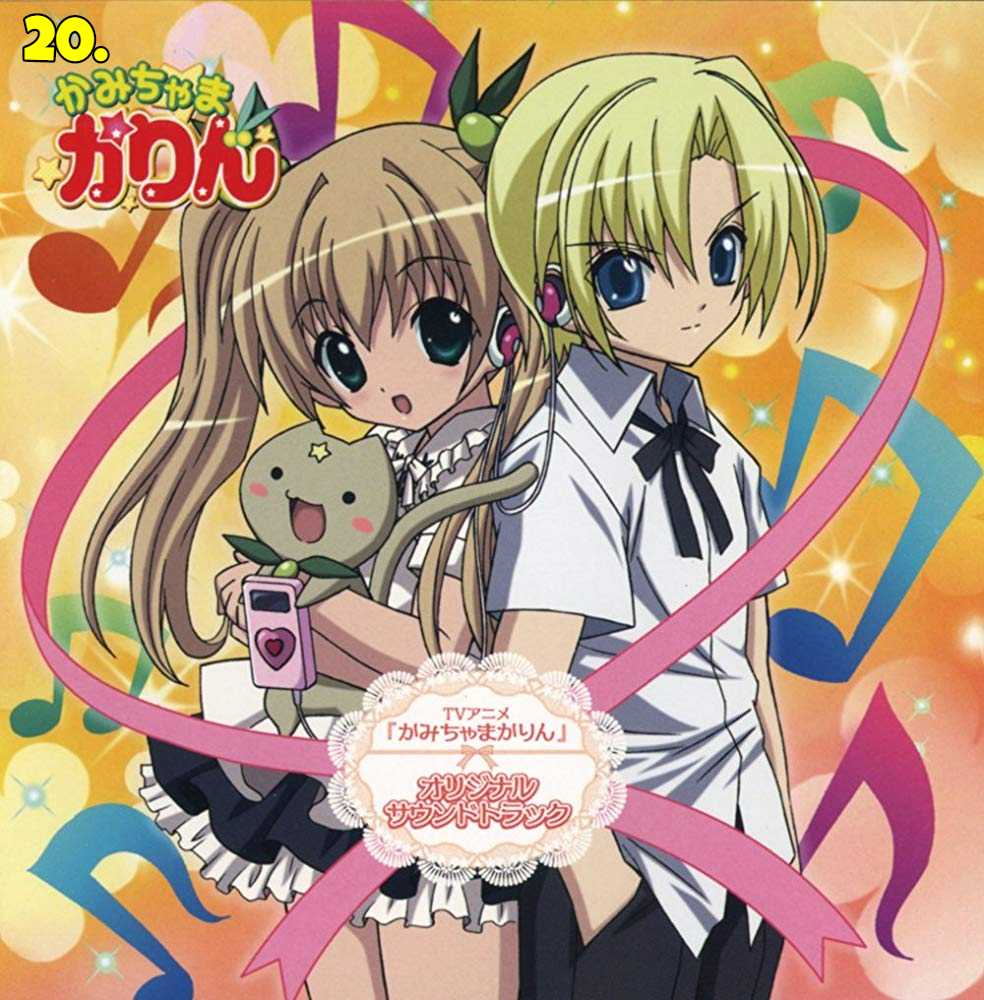 What happens if a young girl suddenly discovers that she has the ability to transform into a goddess? That is what the story of Kamichama Karim is all about. The protagonist is a girl in the seventh grade and how she deals with the discovery of her powers. This series has 26 episodes and the lucid storytelling ensures that the audiences finish the anime at one go. Shoujo anime lovers do not step past this without giving it a watch. 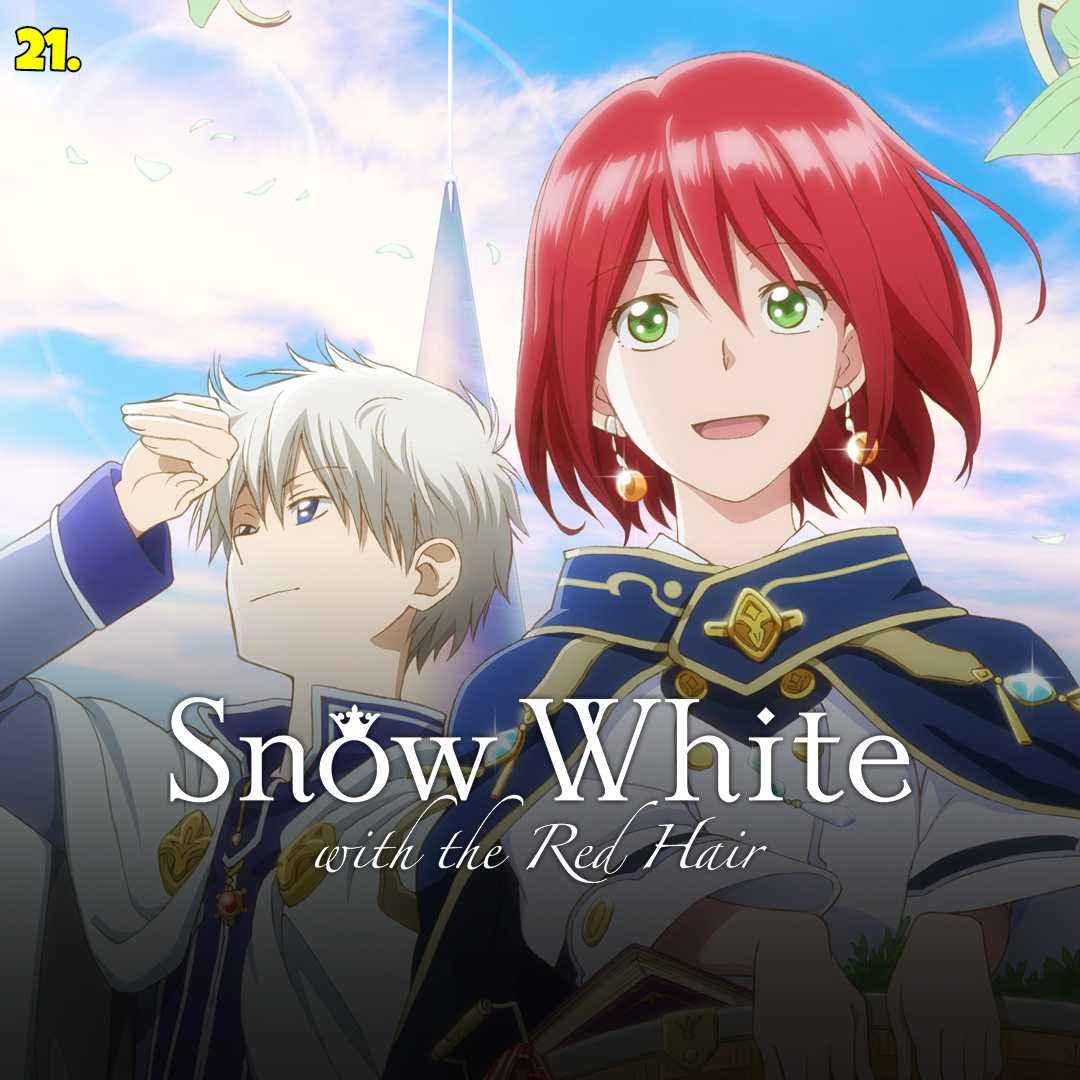 The story of this Shoujo anime is centered around the characters of Prince Zen and Shirayuki. While Shirayuki was planning an escape, Prince Zen rescued her and soon she was the court herbalist for the prince. They started to develop romantic feelings towards each other but the social norms forbid the prince to establish relationships with someone who does not belong to his status. What becomes of their sweet love story is the basis of this amazing anime.

22.  The World is Still Beautiful 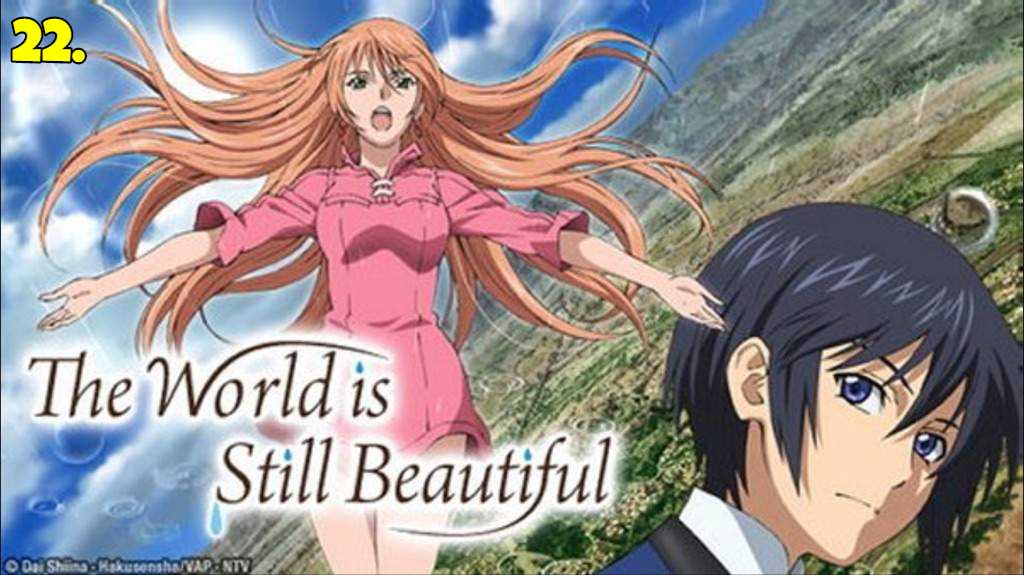 This is a short yet gripping anime of 12 episodes. The story is about Princess Nike and her relationship with the Sun king who is a ruthless conqueror. Although she is thrown into prison for her reluctance to join in, they soon develop feelings for each other and the story takes a new turn. This has a fascinating story which the audiences have loved ever since it hit the markets.