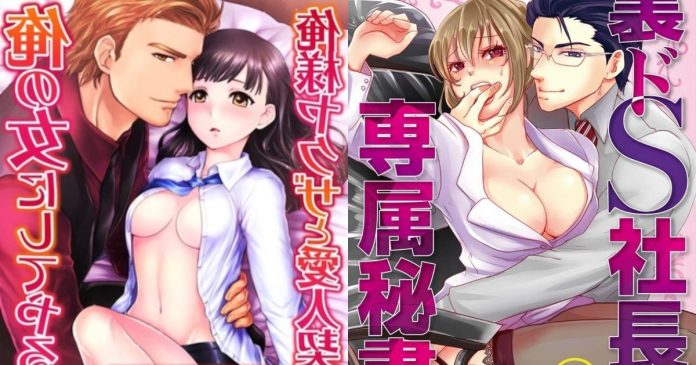 The popularity of Manga is soaring higher than ever and more and more people love the content-rich Manga that floods the markets. While the demands of various genres of Manga are high, there is a specific craze when it comes to Smut Manga. Smut Manga basically deals with the concept of a series which has a content which is explicit in nature and often sexual. The eroticism involved with a hint of romanticism makes Manga a popular genre among various sections of the audience. In this article, we have tried to put together some of the most popular Smut Manga that is available for the audiences to read. They are sure to entertain you and it is high time that you gave these a try.

1. Mangaka to Yakuza (The Artist and the Beast) 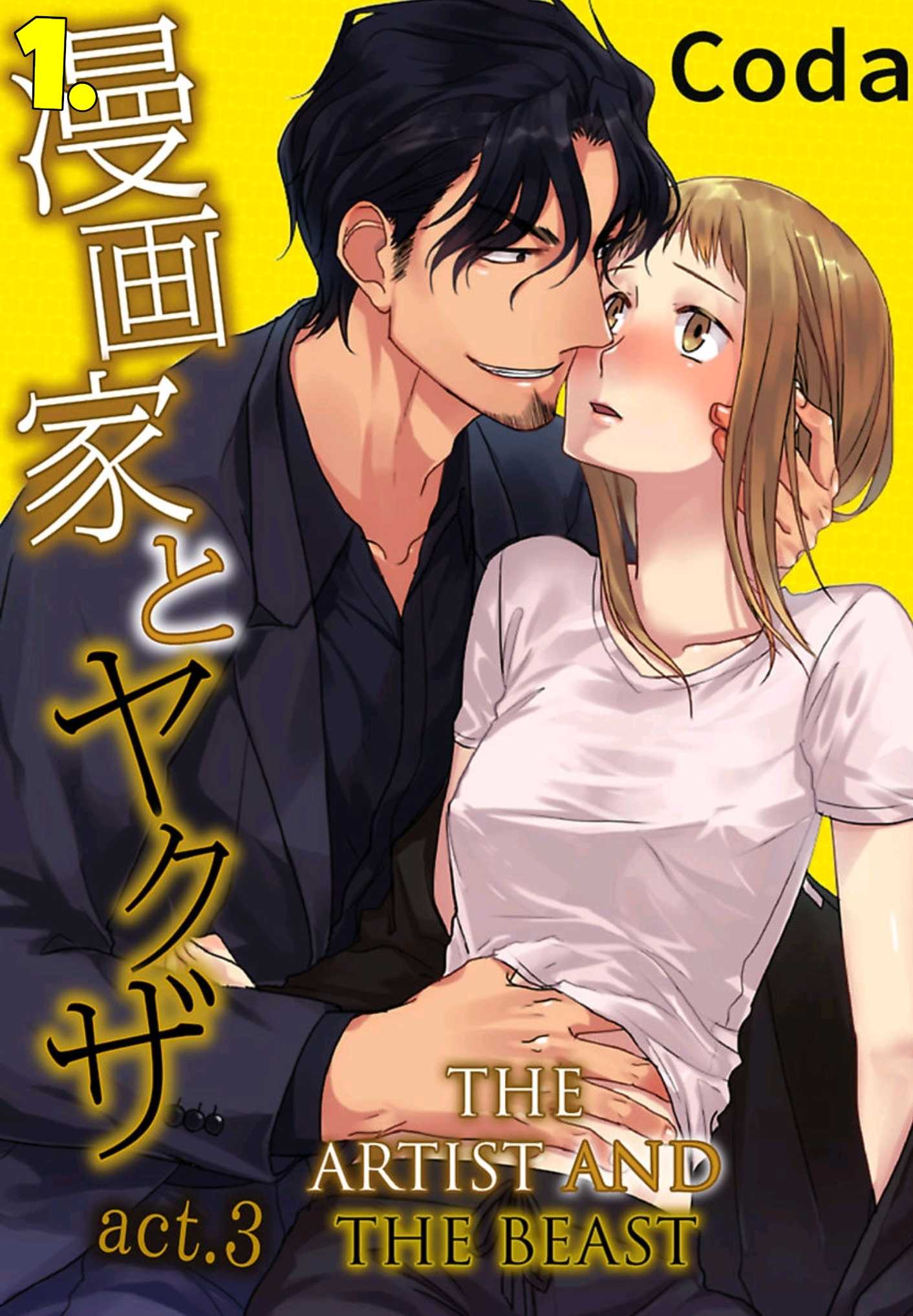 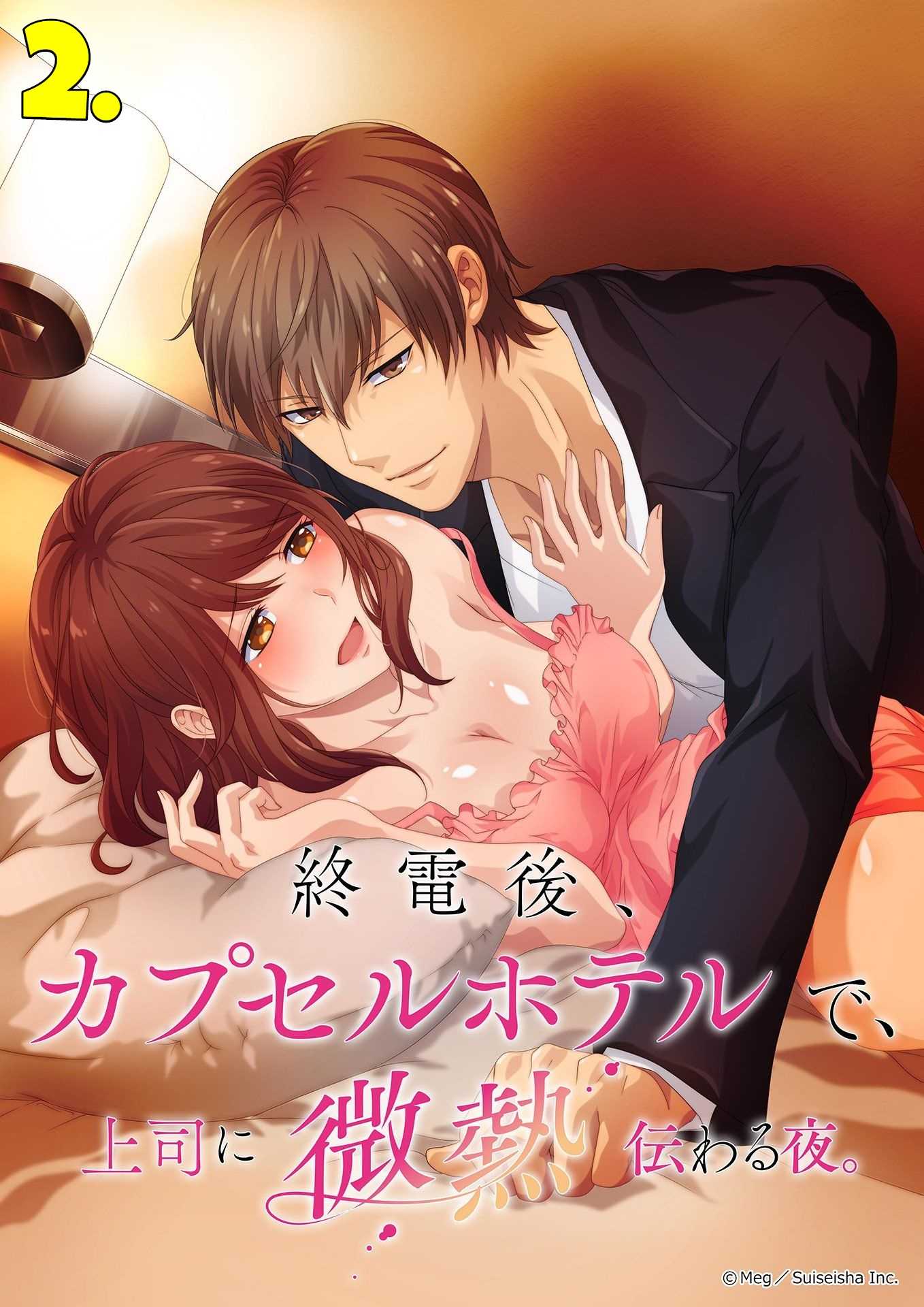 Virgin Hotel is one of those Manga materials that will make the read entertaining with the possibilities and tension on offer. It starts off with the character of a waitress at a hotel named Shiraishi. She is a quiet and peaceful girl and goes about her task. Her life turns topsy-turvy with the arrival of a guest named Kamijou. He is a character who keeps to himself and his work and then comes the eventful moment where Shiraishi makes a mistake which costs her dear. For the rest of the story, you ought to go and read it out.

3. I Can’t Do This Unless we are in Love

The character of Kazumi in this story explores a critical question. Is it possible to enjoy the sexual relationship without love? She starts off as a career-oriented woman who is a virgin at the age of 28. Life changes for her as she goes on a date with a good-looking man and realizes that he had plans for taking it to the next level. Although she is initially skeptical about it, she goes ahead and finally, she emerges as someone who realizes that sex has little to do with love. 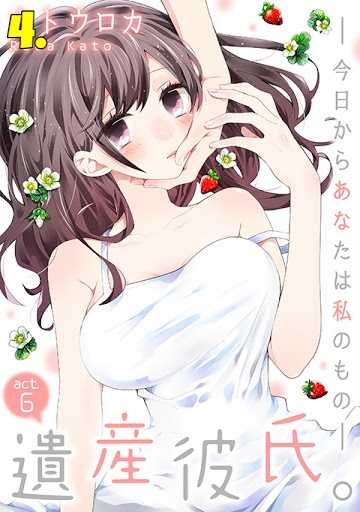 From Now on you are Mine: When we speak about inheritance from relatives, we do not usually imagine that to be an actual person. Ritsu, however, finds out something different as she realizes that her grandmother left her a handsome young man who even saves her from an accident. While Ritsu is hesitant regarded how to treat this acquired wealth, she is soon mesmerized by magical touch and their romantic tale unfolds. 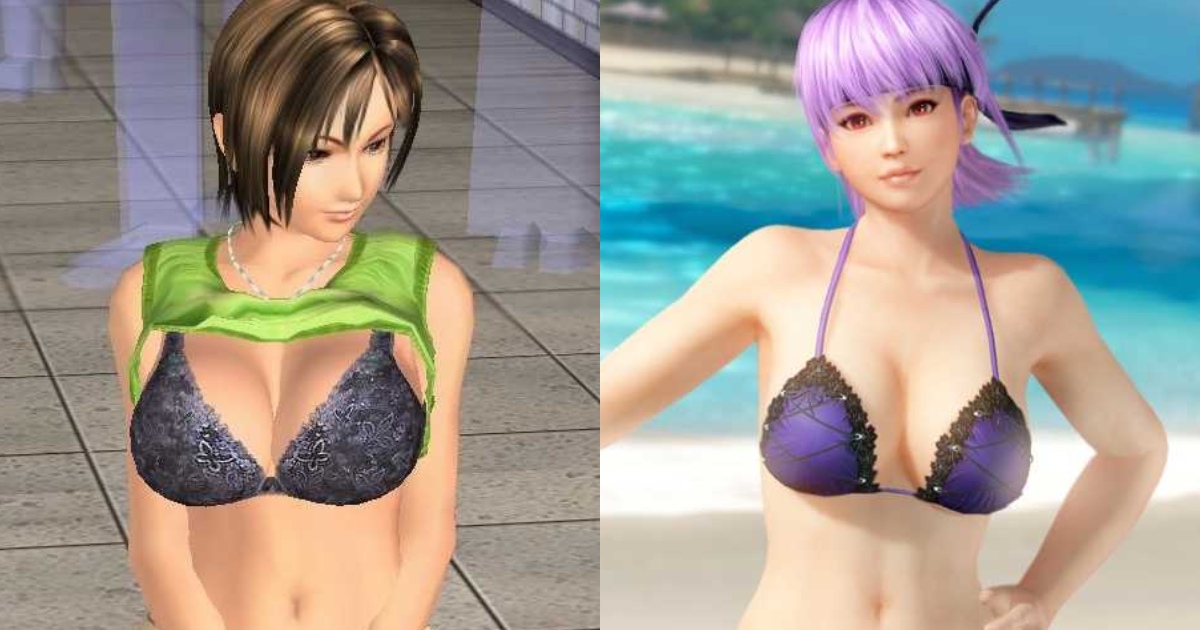 5. My Secret with the Girl Next Door 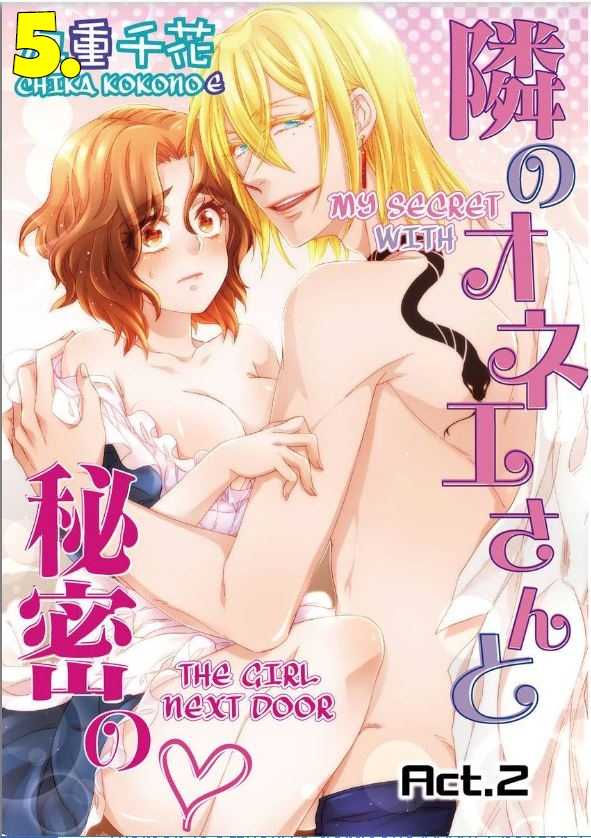 The story of this Manga deals with a sensitive issue. It explores the fear of men in the protagonist who is a pretty girl. When she finds work at a café and meets the gentle and kind manager, her perceptions are all set to change. They also happen to be neighbors but a surprise awaits her. Is it a man after all? This story is not just about the blatant eroticism but it also explores the conflicts that so many people go through in the course of their lives. 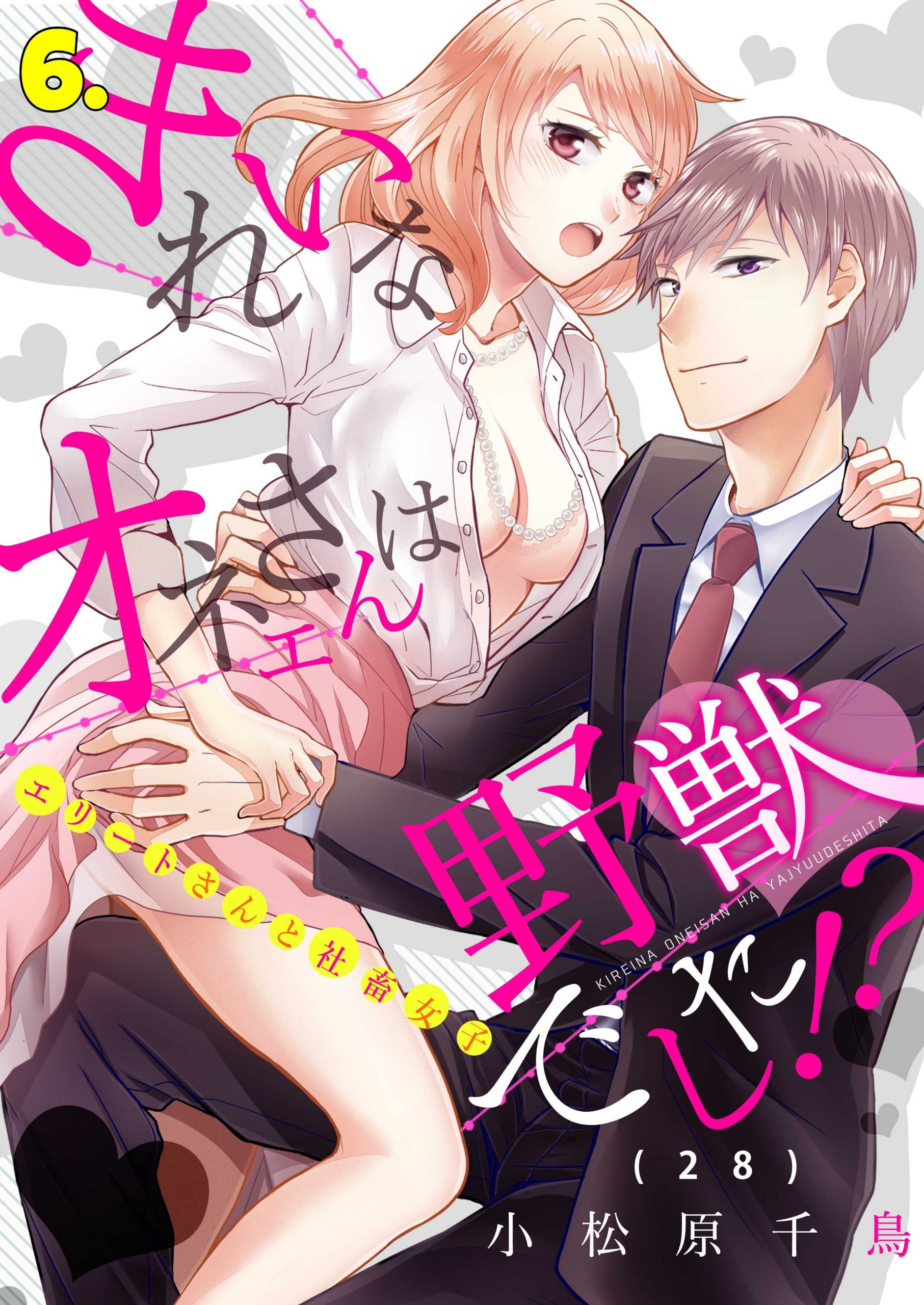 It all starts when the female protagonist named Midori agrees to help out a fellow college student with some relationship counseling. The go for a make-believe date and soon she is floored by the guy’s cuteness and charm. When the guy finally makes an offer to take her to a hotel room, she can hardly decline and what follows next is the basis of this amazing Smut Manga.

7. My Younger Boyfriend is Being Unreasonable 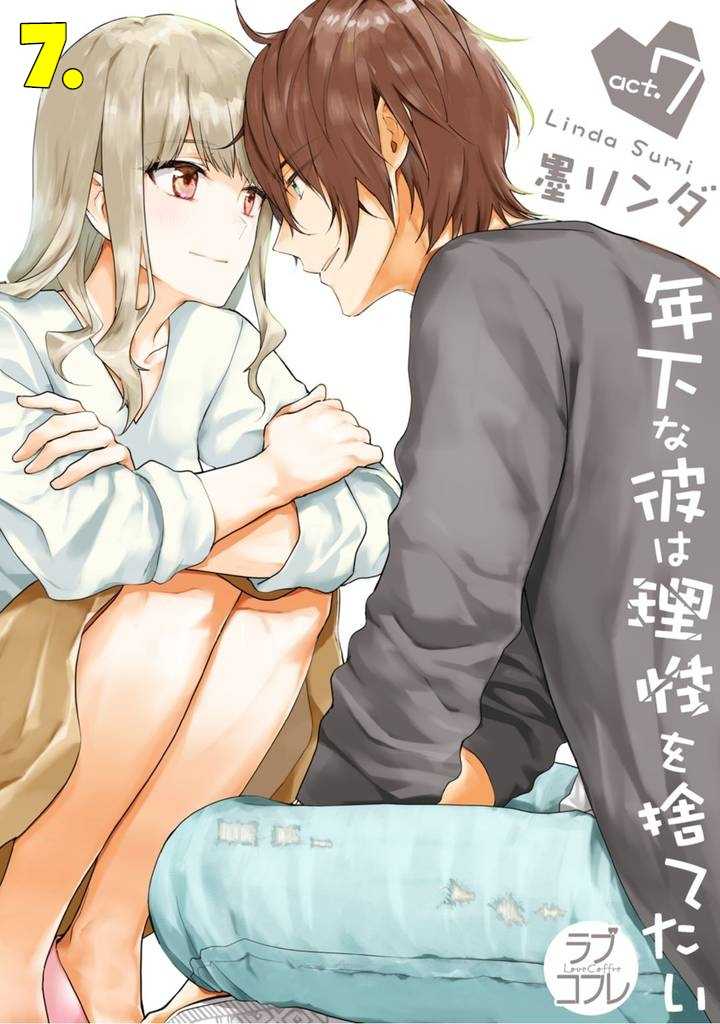 Lise is the unfortunate girl in this Manga that you start off pitying. Just as she moves in with her boyfriend, he breaks up and brings in a younger guy into the flat. Although her new flat-mate is much younger, he does have the charm and aura around him and he turns out to be an amazing listener who is sensitive to her needs. Does she fall for this charm with time? Read this exciting Smut Manga and find out more about this compelling story.

9. A Gangster in Drag- Filled with the Boss’s Desire

This is a thriller with a dash of emotional drama and a lot of sexual tension. It revolves around the character of Madoka who is seeking revenge for her brother’s murder by the mafia. When the police and the detectives are unable to help her, she undergoes a makeover and joins the gang to unravel the mysteries. The trouble breaks out when her cover is blown and a gang member discovers her female identity. The only way to not let the secret spill out is to have sex with him and so Madoka must give in. 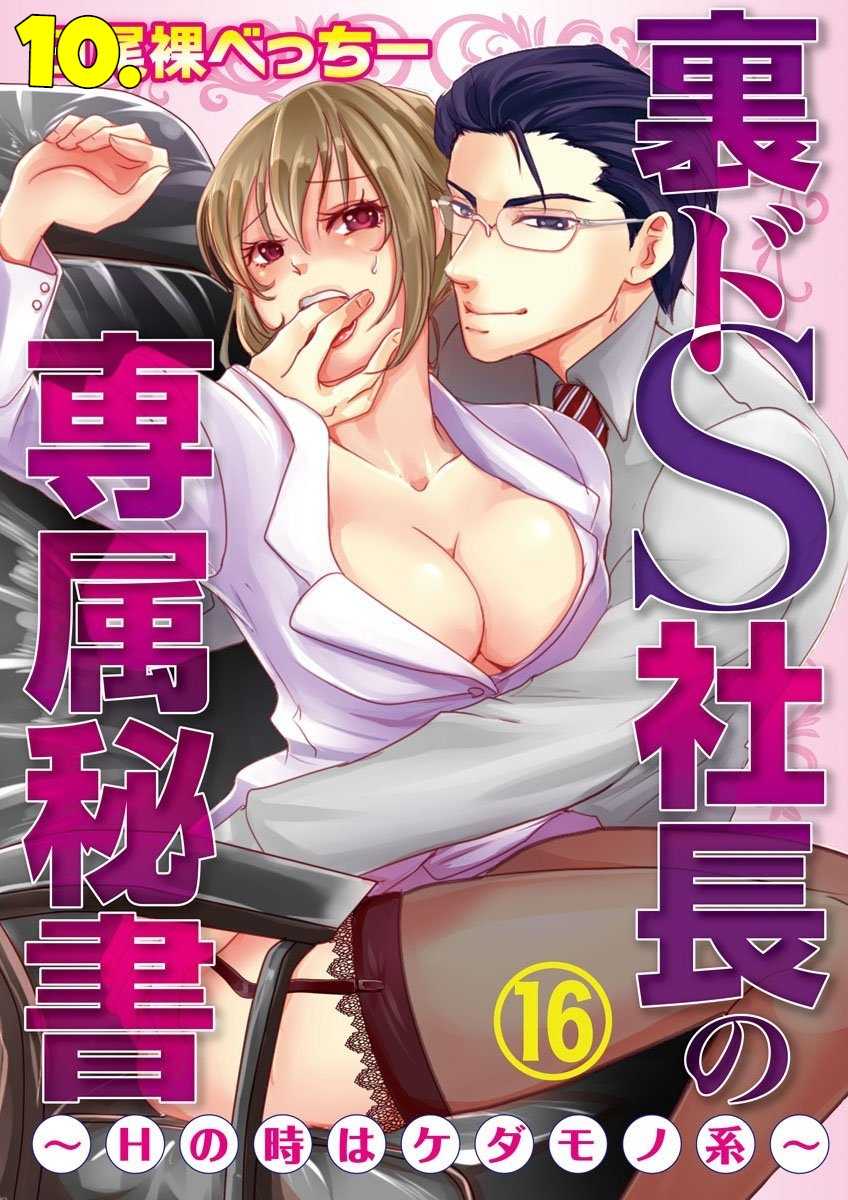 an absolute beast during sex: The life of Yuko who is a secretary to her boss undergoes a sea change once she discovers his secret life. Although he is the gentlest person, there is also an animalistic side to him and Yuko soon finds herself drawn to his unique character. Her encounters with this dual personality of her boss are the plot of the story and the more you read the more this Smut Manga engulfs your imaginations. 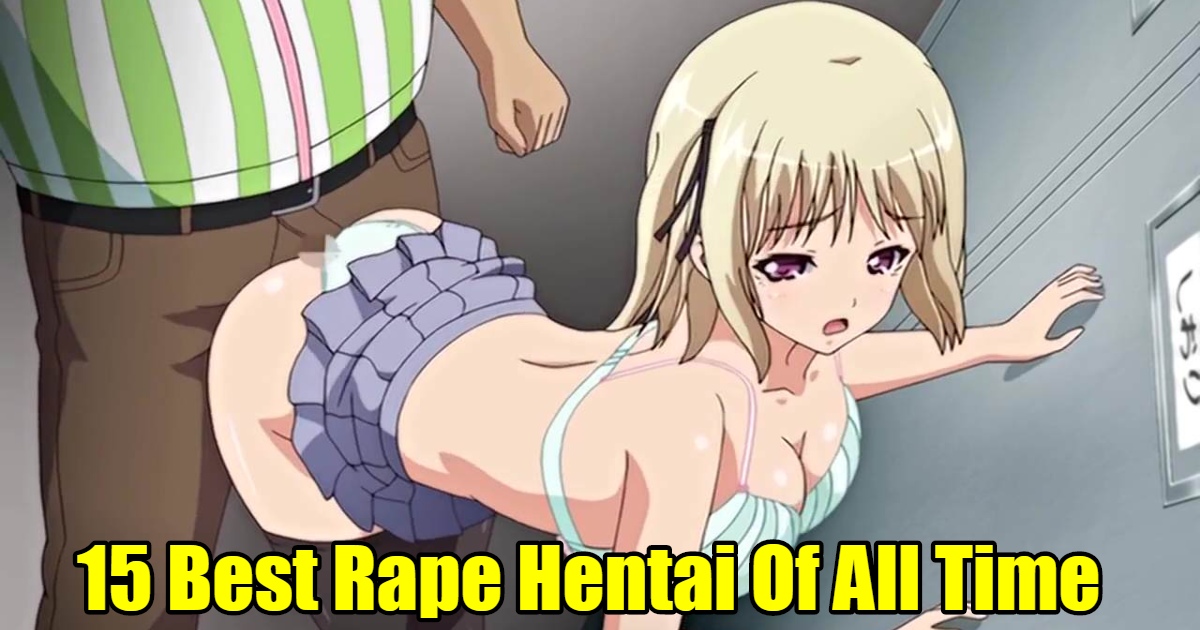 Forced Reform: Rinko continues with her crimes till she is finally caught and put behind bars. Once she is jailed, her initial conditions are comfortable enough and she has a spacious room and also a handsome guard looking over her. Soon, however, her atonement begins and then it becomes a whole new story. The content of this Smut Manga is possibly among the most explicit but the gripping story keeps going alongside sexuality. 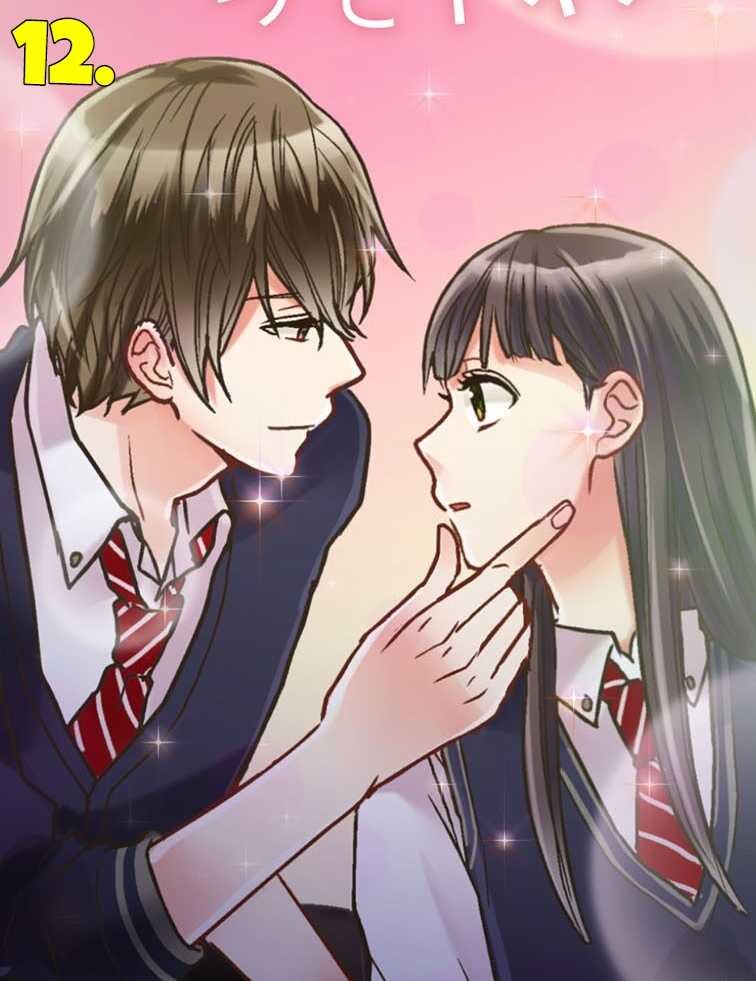 This is more of a fairytale romance where the protagonist comes as a replacement for the princess in a play. She is hesitant about her final kiss with the prince. While the lips were not supposed to touch during the kiss, she can hardly resist the charms of the character who plays the prince. Their sexual tension, her apprehension and the butterflies in her stomach, make this an intriguing read.

13. I’ll Make you Mine, Mistress of a Big-shot Gangster

The story starts off when a police officer who was supposed to arrest a gangster, ends up passionately involved with him. She can hardly resist his irresistible charms and soon she finds herself as his mistress. She enjoys the passionate lovemaking in their relationship but then, she must keep it a secret and never reveal about their connections. The storyline makes this Manga all the more exciting and interesting and it is surely among the best Smut Manga. 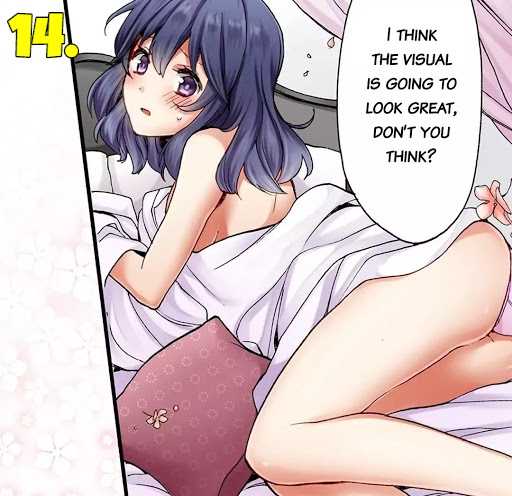 What happens when two childhood friends rediscover their old bonding in a new form? This Smut Manga has extensive detail on this matter and shows how two friends Soushi and Hiyori find themselves on new grounds when they are in school and share an accidental kiss. Their story moves ahead the audiences are treated to some intense emotions brewing between the couple.

Marked as His Prey by the Seal on Her Body: This Smut Manga has a story that carefully mixes fantasy and emotions. The story of Rin is portrayed as an orphaned girl who meets a stranger and the stranger claims to have found her. It is later that she realizes that this character is that of a demon who was destined to marry her. Her ordeal and how she is trapped under the situation forms the basis of the story and it makes for an exciting read for the readers. This is a must-try for the Manga fans. 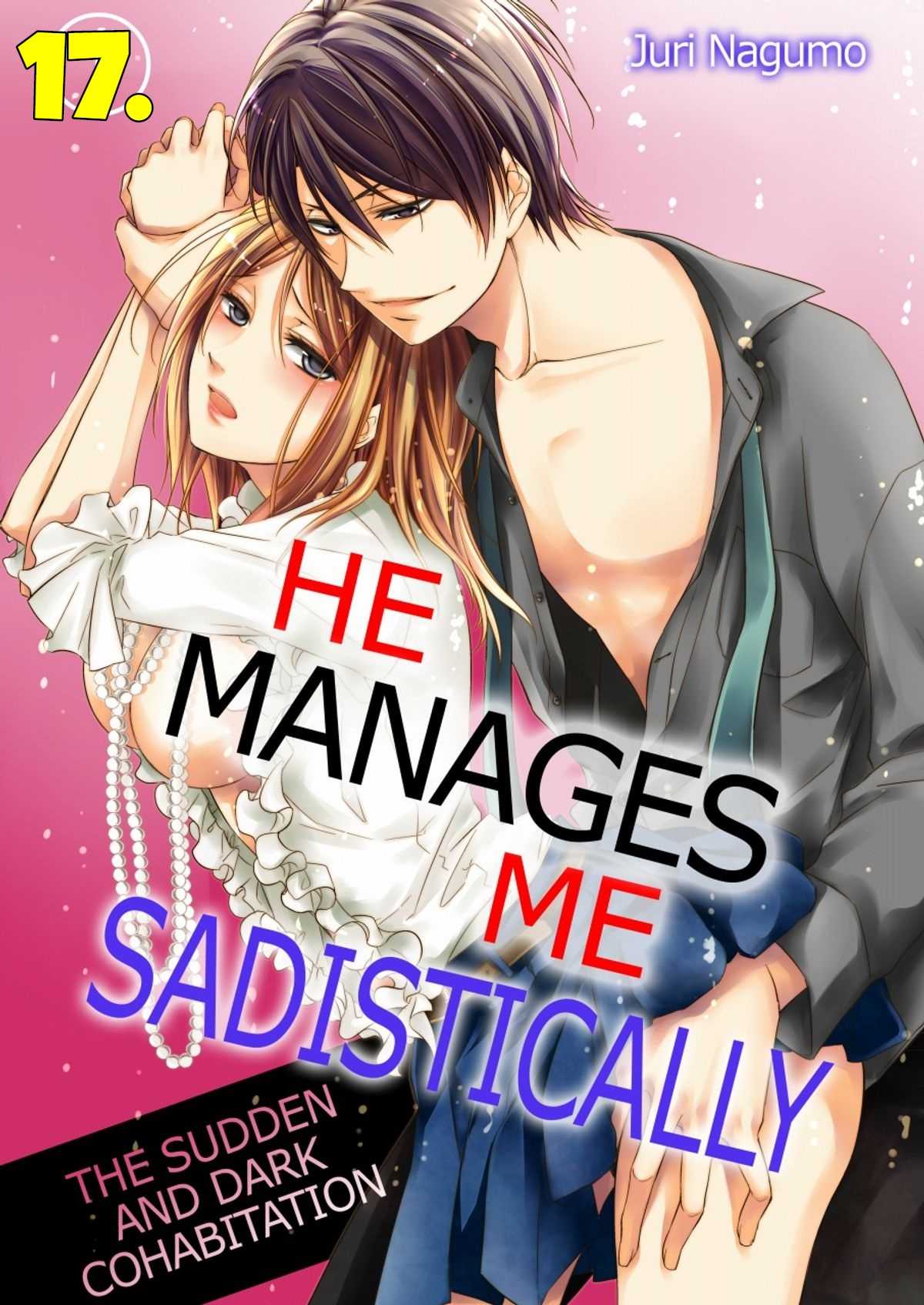 Princess it is Time for your Punishment: This is a simple story that revolves around a handsome butler who caters to the girl’s needs during the bus ride. But he soon transforms into something different and the journey becomes one filled with eroticism and sexual encounters. This is a favorite among the fantasy lovers for its storyline which does everything to impress the reader’s fantasies.

18. Running a Math Hotel with My Math Teacher 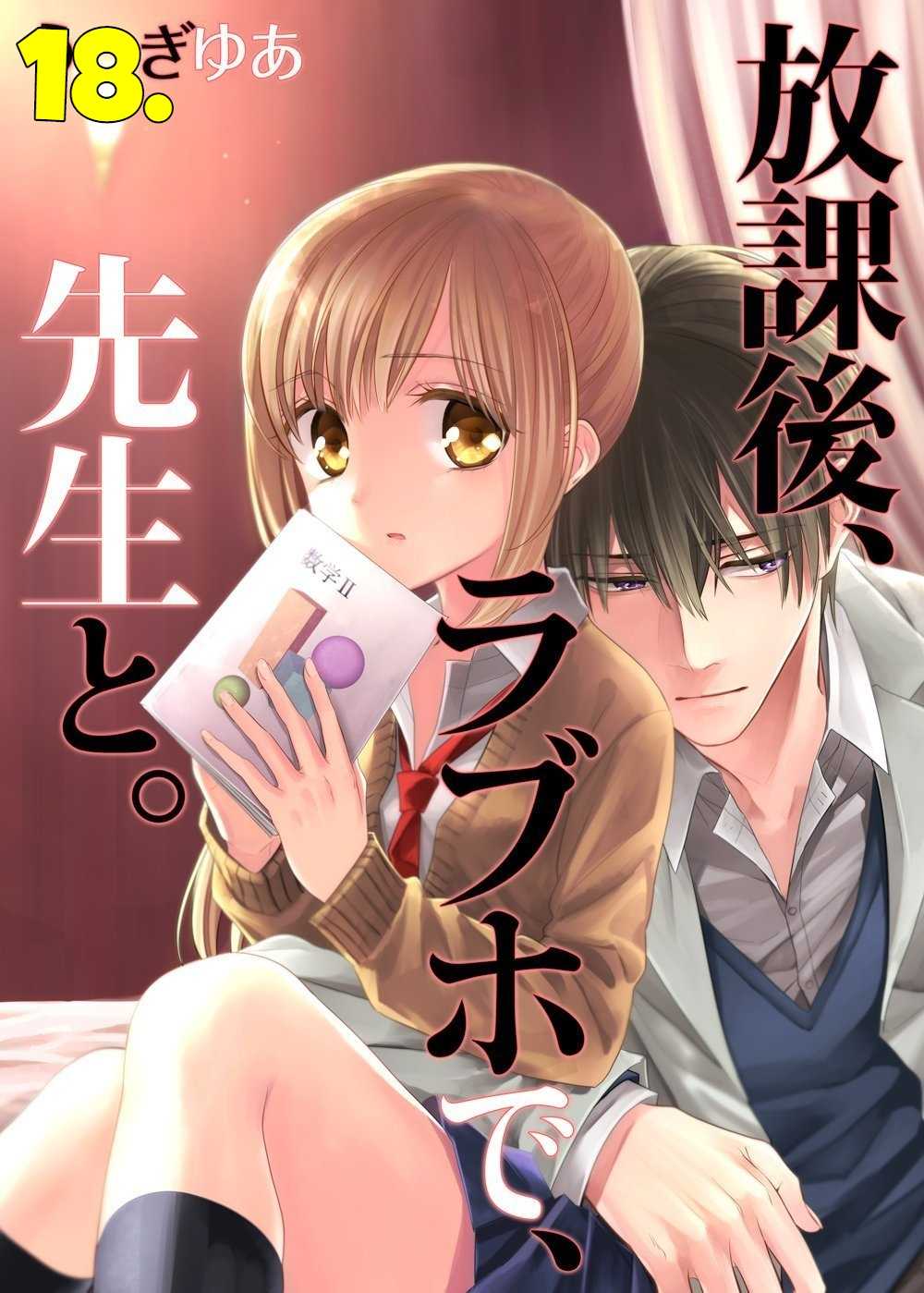 Kana is a student who also works at a love hotel. The work impacts her grades in school and she manages to keep her life a secret at school. In her school, there is a teacher whom she admires. Life changes for her when he chooses to visit the hotel one night and picks the S&M room. She must go into his room and offer the services and what follows is the raunchy and eroticism that makes him one of the popular Smut Manga.

This is a Smut Manga revolving around the ordeals of a student who is caught cheating in an exam by his teacher Maya. Soon he is summoned to do whatever Maya wants and while he succumbs to the blackmail, he fails to understand that Maya has some genuine feelings for him. The Manga explores uncharted territory and picks a taboo topic and yet it manages to be a classic example for the others. 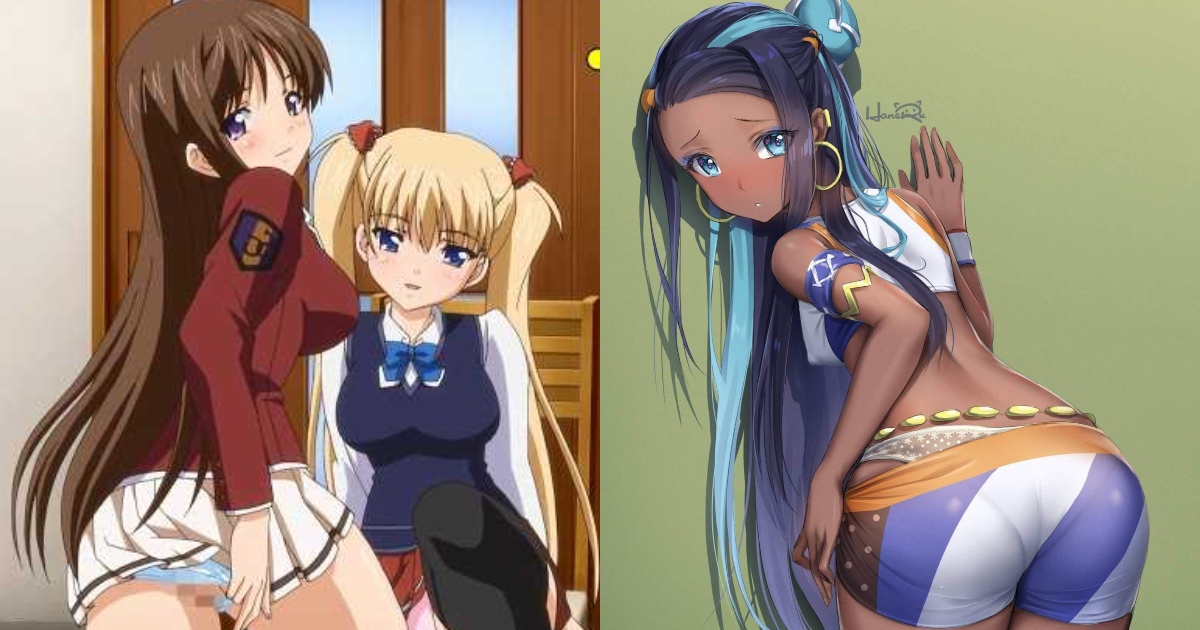 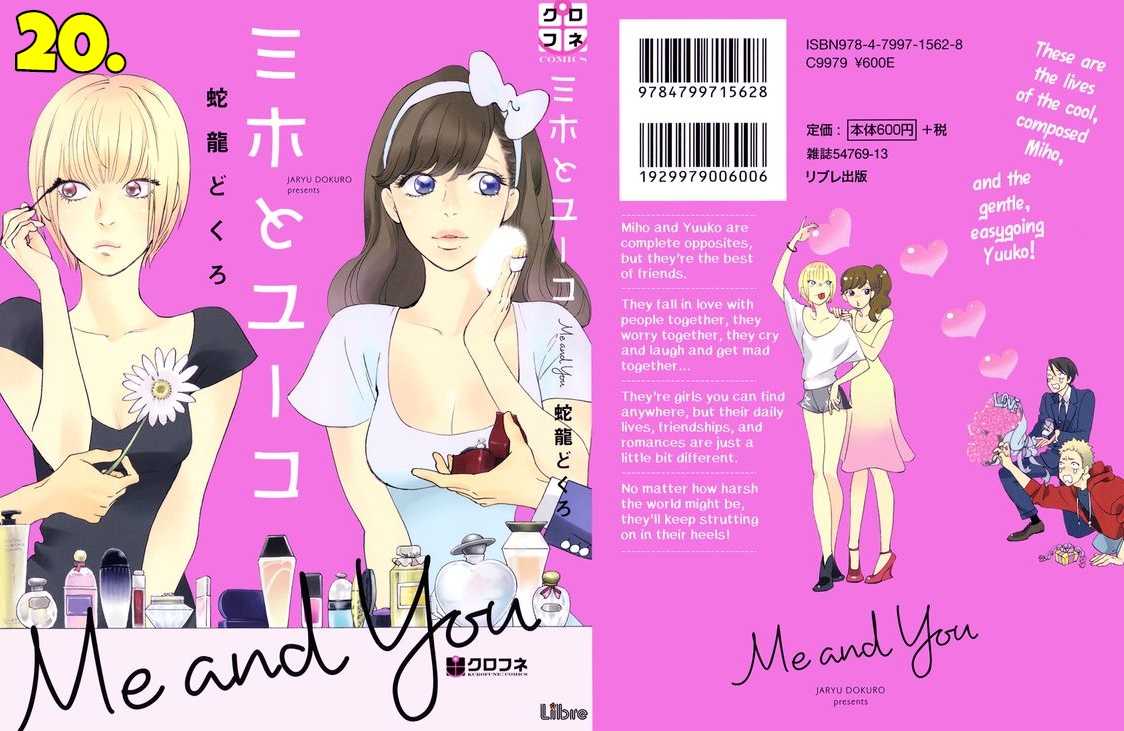 Here is one Manga which celebrates love and friendship between the two main characters Miho and Yuko. They share a unique bond and they do everything together from falling in love and their daily activities. What becomes of their special bonding is the gist of this Manga and this has a delightful narrative that will never fail to impress the readers. 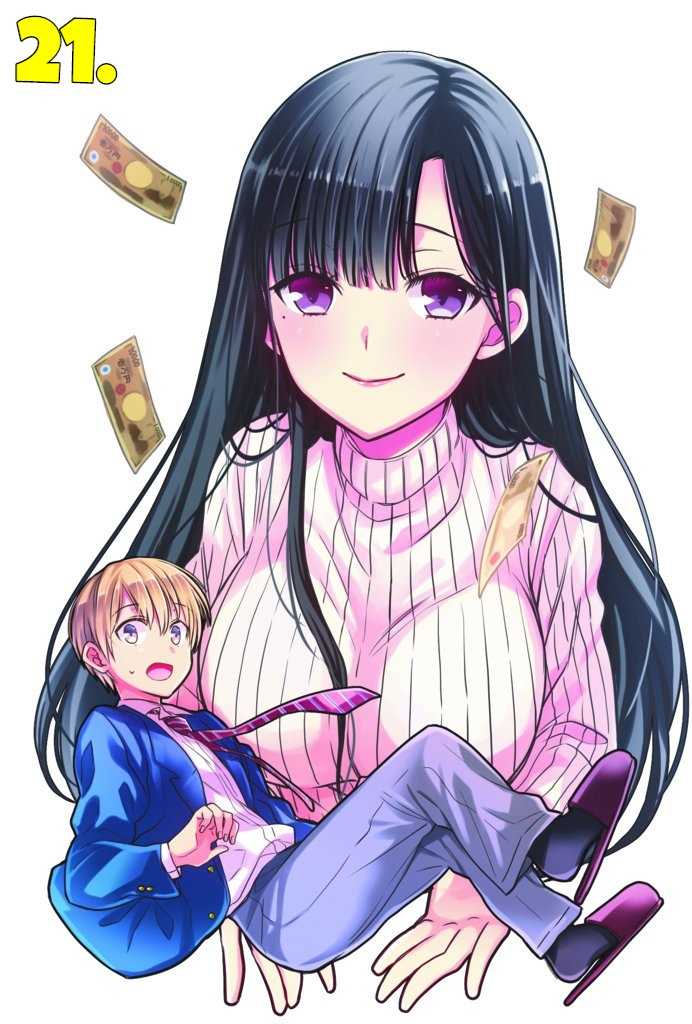 Sakura is a pretty lady who gets injured and is helped by a handsome man named Suji. She tries looking for him afterward and when they get to meet, she must confess. What becomes of their extraordinary relationship and how they manage to overcome the barriers to their love is carefully narrated in this Smut Manga. It is a popular number and has a generous fan following for its brilliant storyline. 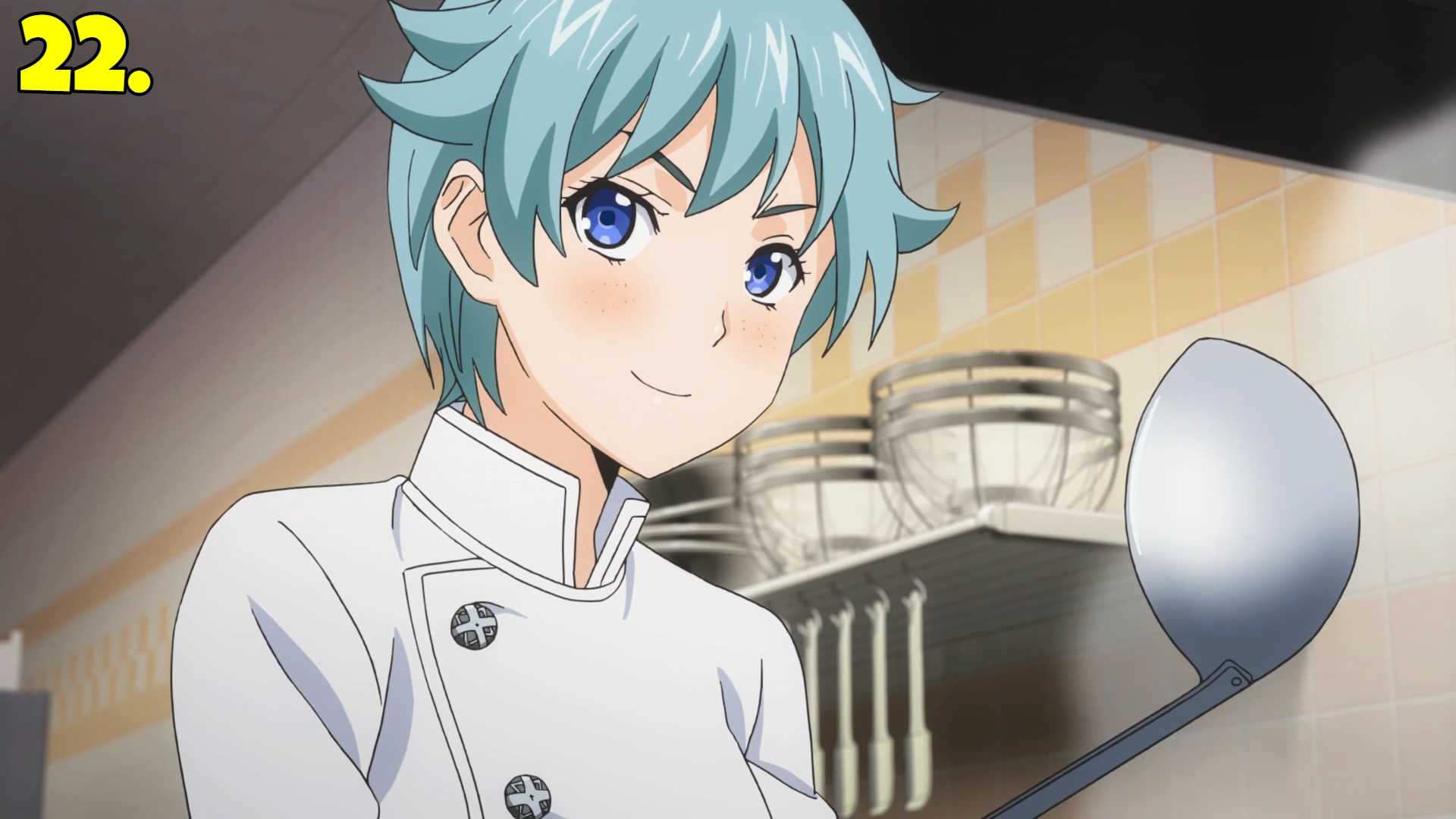 This is possibly among the simplest stories in the list and averts any form of complications. The story is about the hesitations and dilemma that is faced by the lovers while they introspect their relationship. The protagonist Jan is probably in love with hugo Jamil but she is not sure about her feelings. She is torn between the possibility that it could be a mere attraction and could also be love and their story is beautifully depicted through this smut Manga which makes it quite a popular read for the Manga lovers.