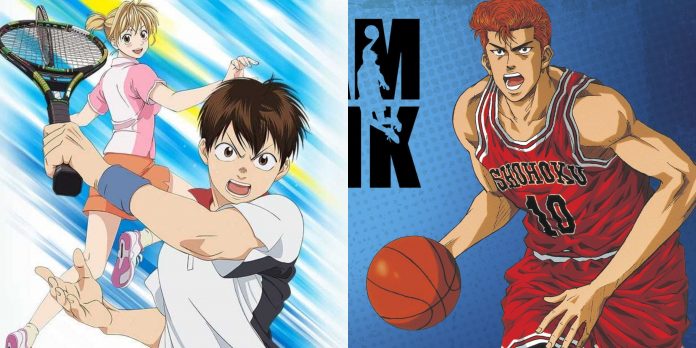 It is easy to perceive why sports anime have a mass following. They are straightforward, capture the real-life moments and the hard work of the players. But apart from that, a hint of dramatic effect is added to these anime that make it more interesting for the viewers. The names mentioned in the list are some of the all time favorites of the sports Anime genre. 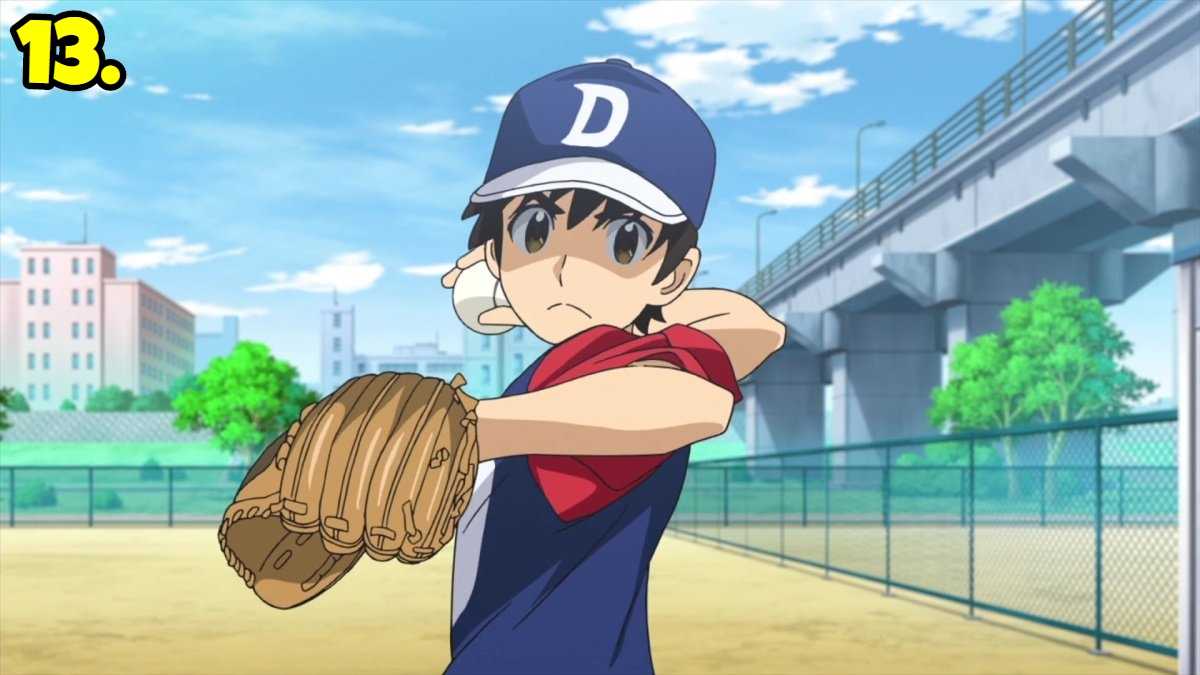 A little boy wants to follow his father’s footsteps and become a professional baseball player. The father seeing his son’s enthusiasm continues playing his game even after his wife’s death and his unsatisfactory position in his team. Any injury could not stop him from playing baseball, just like his son wanted. 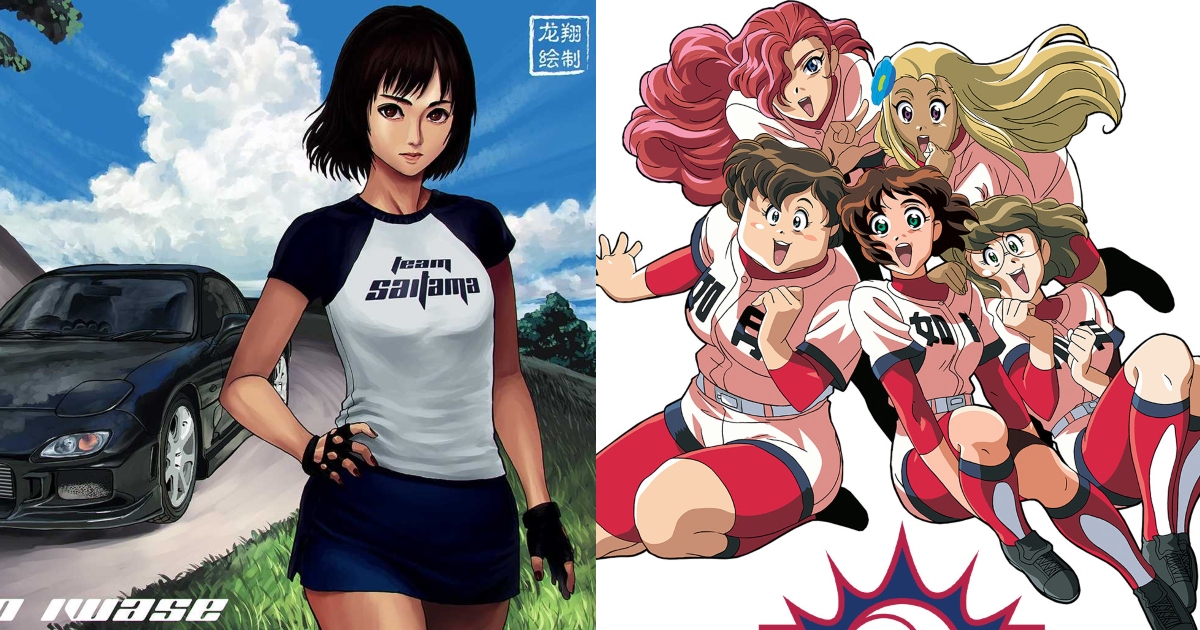 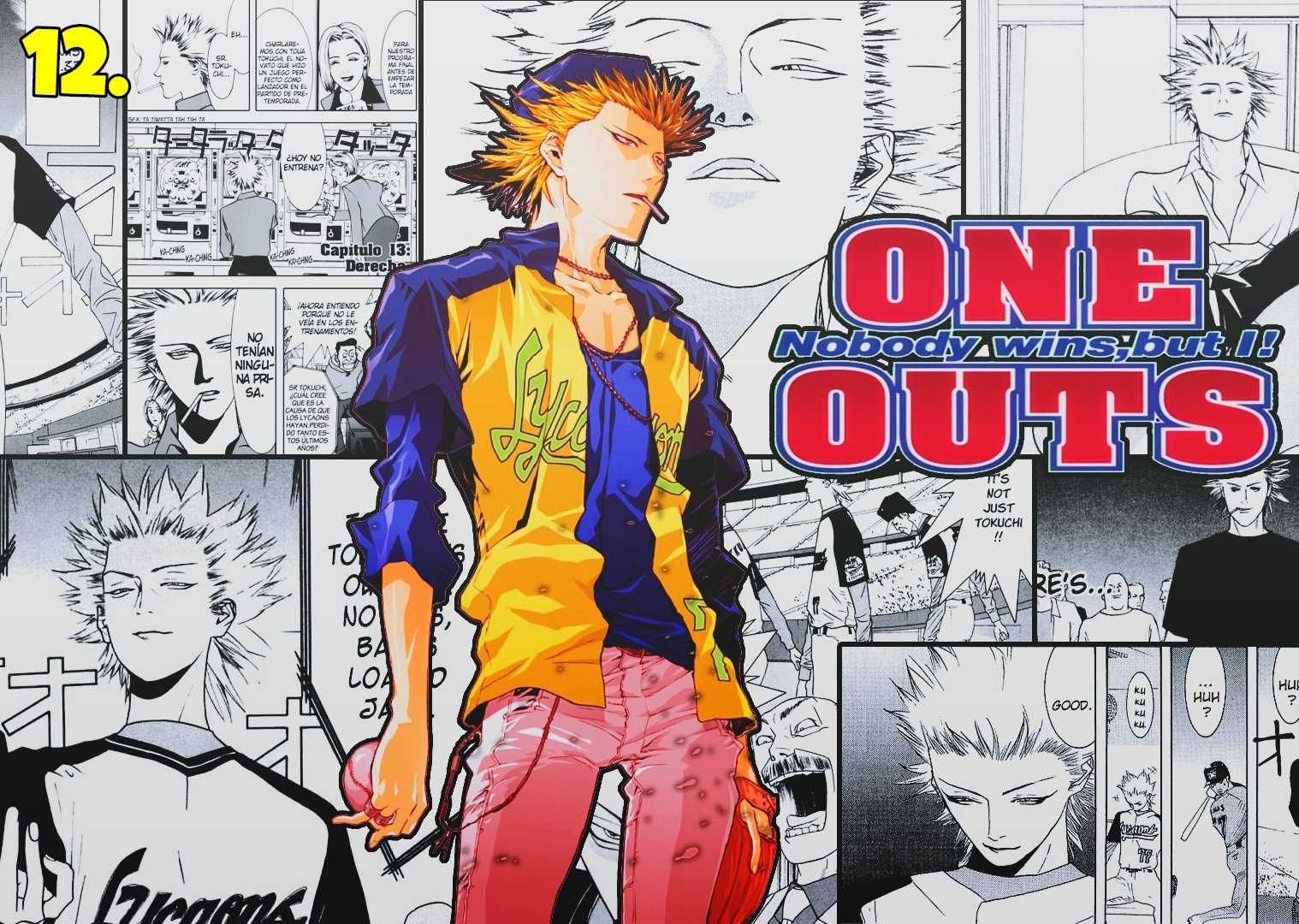 Though Toua is an athlete, he cannot get rid of his gambling tendencies. He succeeds in achieving 499 wins in the game of one out, which is an easier version of baseball. When he gets scouted out of nowhere, with a good position in a team, he also finds himself being involved in a bet of winning a series of one out games. So let’s see what Toua does when fifty million yen is at stake. 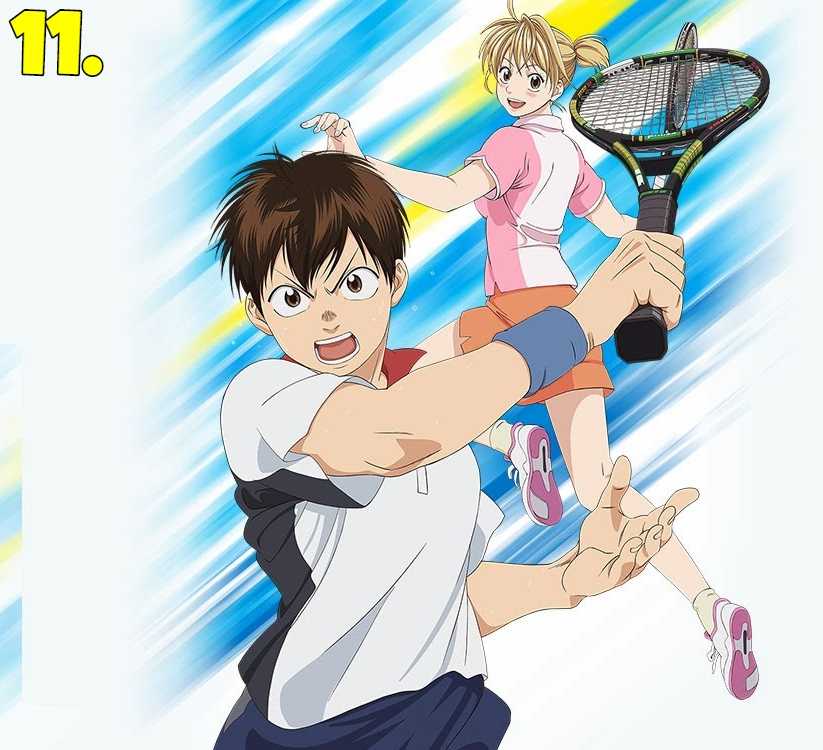 As the name suggests, the anime revolves around a young guy who tries to improve his skills step by step. He wants to have a high skill set to stand side by side with the elites of the tennis world. 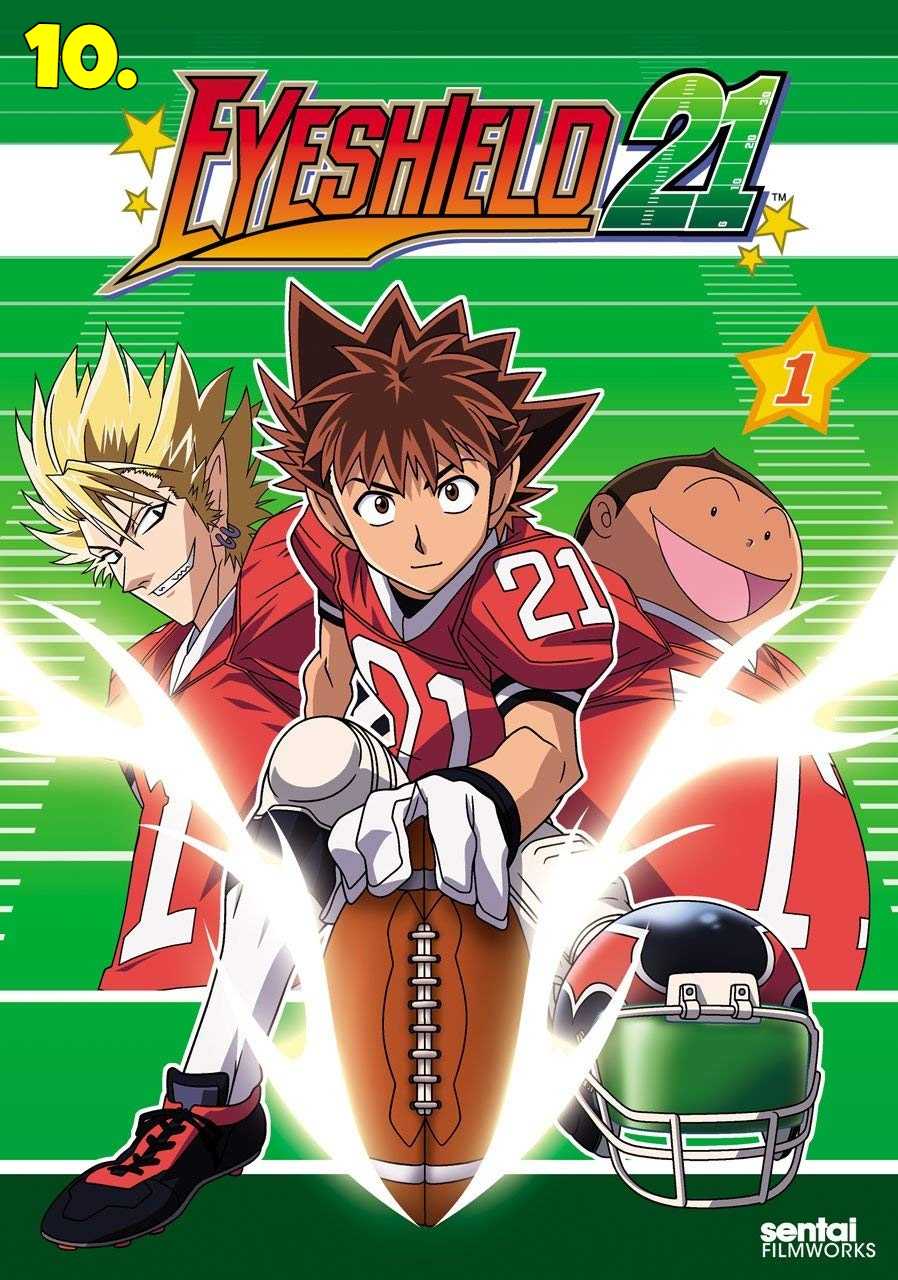 Enduring secondary school is going to turn troublesome after Hiruma, captain of the school’s American football crew, witnesses Sena’s incredible skill and speed while running away from bullies. Hiruma plans to make Sena the running back of his school group, The Devil Bats. He trusts that it will pivot the crew’s fortunes. They will get away from being the laughing material of Japan’s secondary school alliances, to title contender. 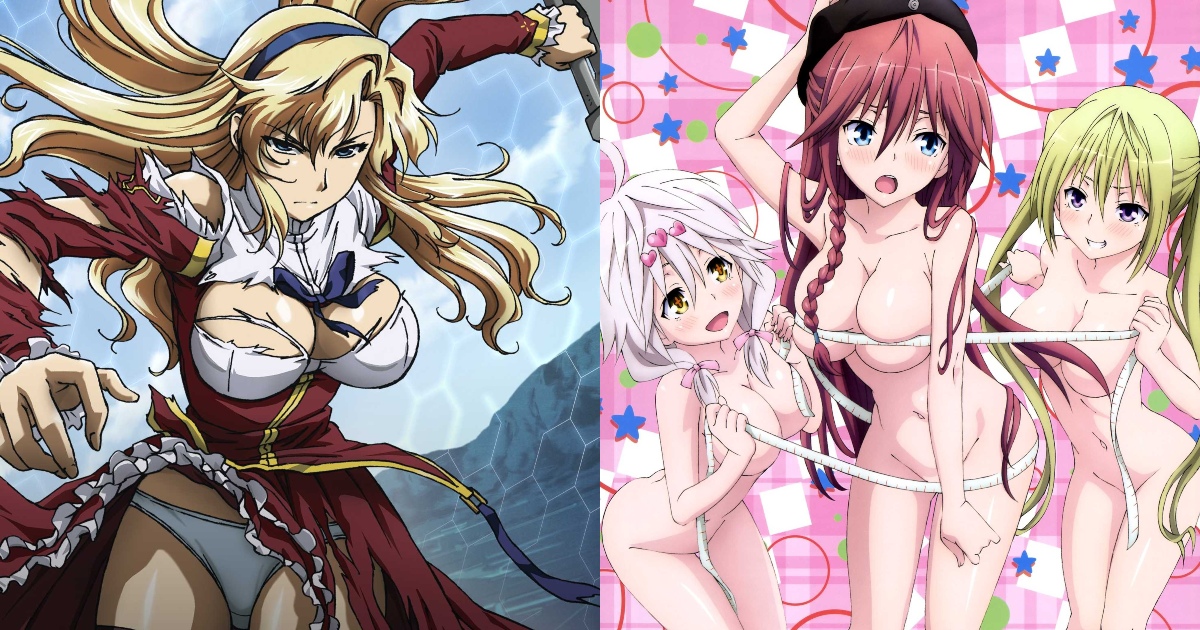 9. The Prince of Tennis 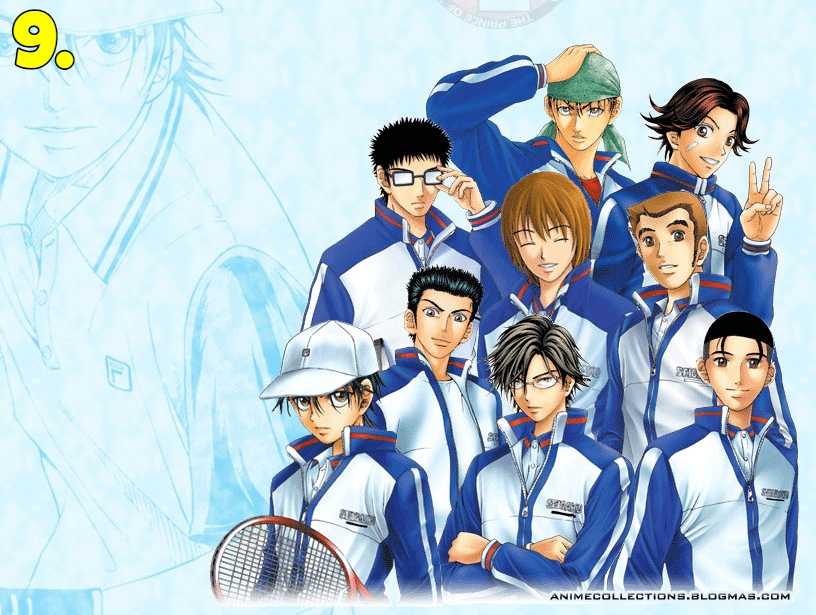 The universe of tennis is cruel and exceptionally serious. Various schools from Japan fight it out to decide the elite. Seishun Gakuen Junior High School, all the more regularly known as Seigaku, is one of the most noticeable contenders and presently the best. Their group line-up gets significantly more exceptional with the unexpected appearance of a youthful wonder from the West, Ryouma Echizen, who is resolved to prove himself and break the transcending shadow of his amazing dad. This fine addition changes the group until the end of time. 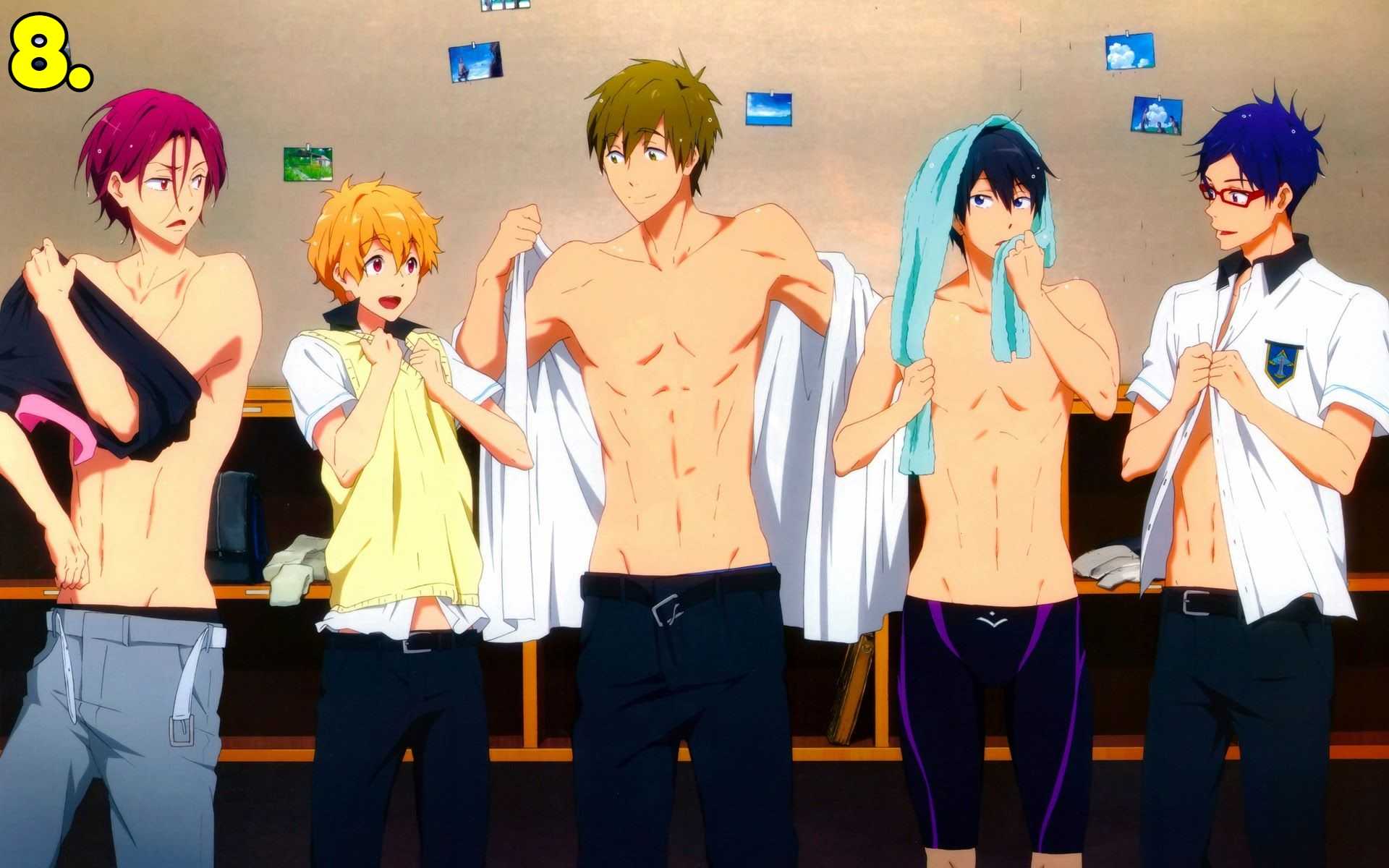 Haruka Nanase has an affection for water and is passionate about swimming. In grade school, he contended in and won a relay race with his three companions Rin Matsuoka, Nagisa Hazuki, and Makoto Tachibana. After their triumph at the competition, the four companions headed out in their direction. A long time later, they rejoin as secondary school students; be that as it may, Rin couldn’t care less about keeping things the way they used to be. The only thing that matters to him is defeating Haruka in a competition. 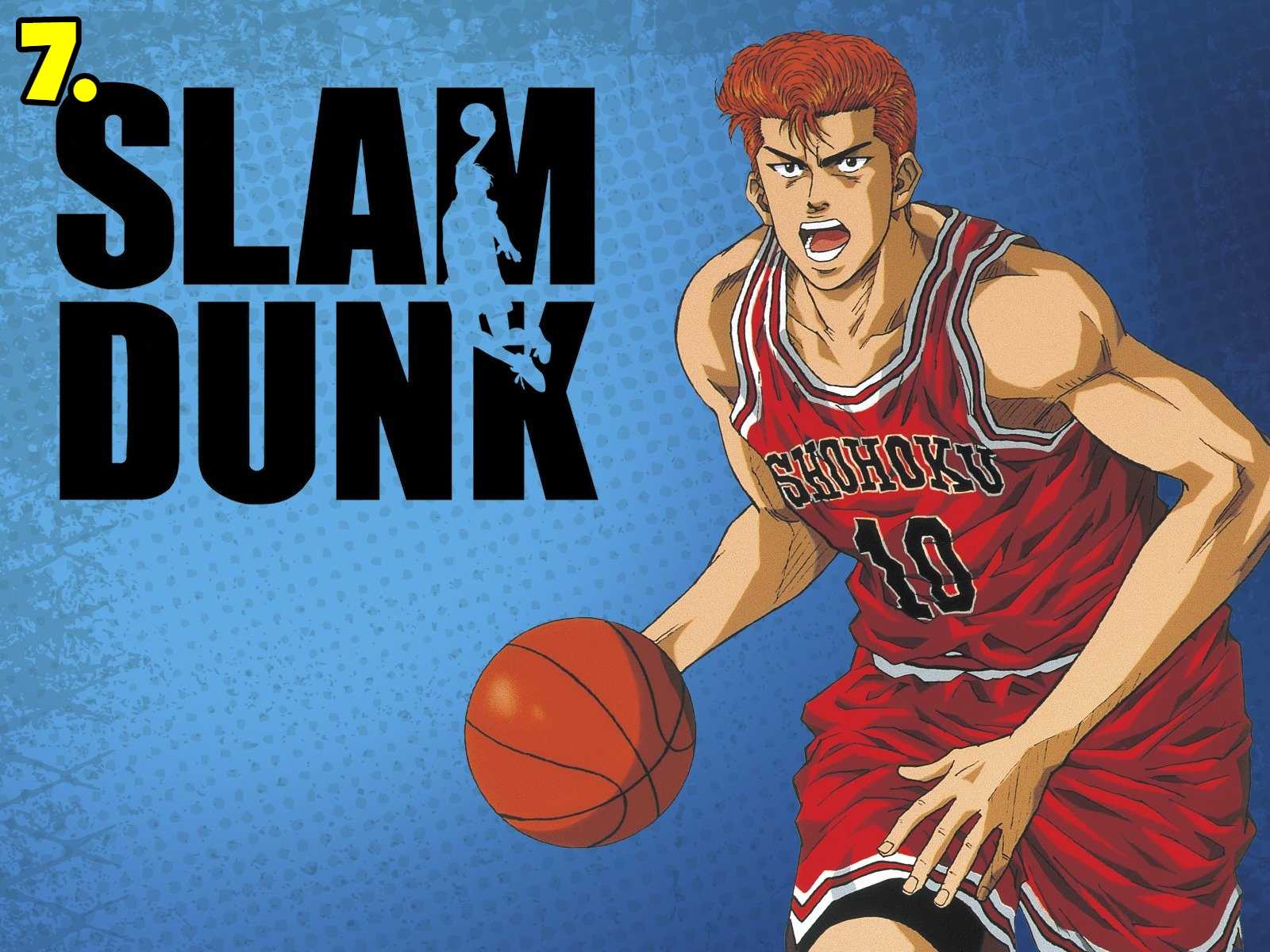 Hanamichi Sakuragi’s reputation goes before him, and that prompts his batchmates to maintain a safe distance from him. The most important thing about him is he hates basketball. But when to impress a girl, he does a slam dunk his inhuman strength comes into the forefront. This pulls him into the game he previously used to hate but later learns to love. 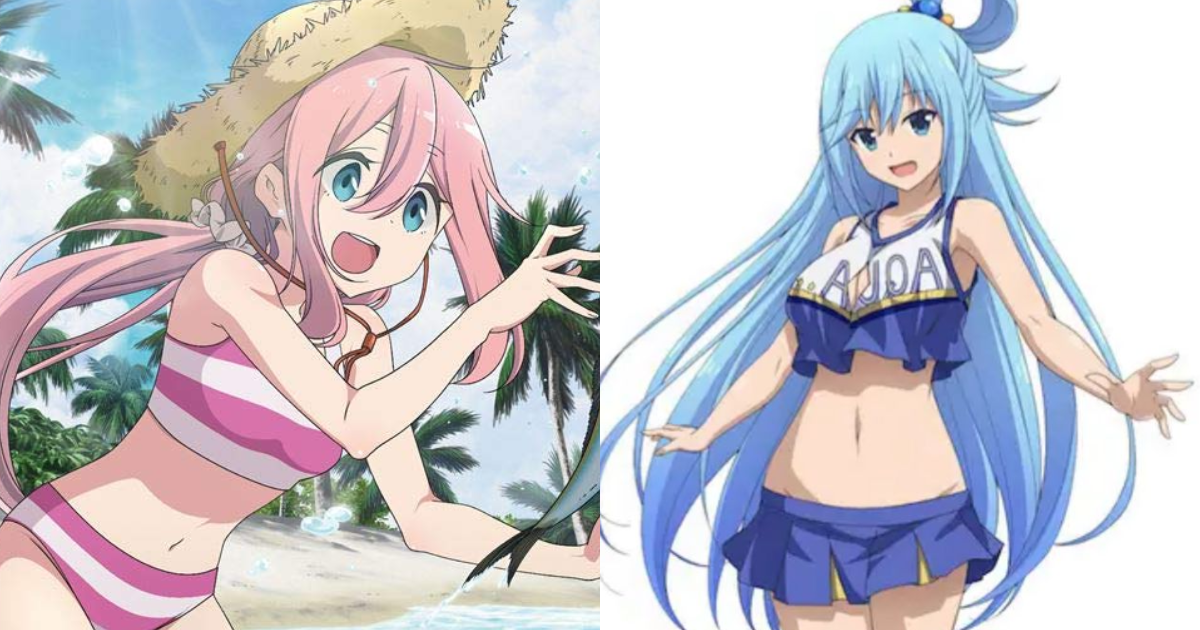 22 Best Iyashikei Anime of All Time 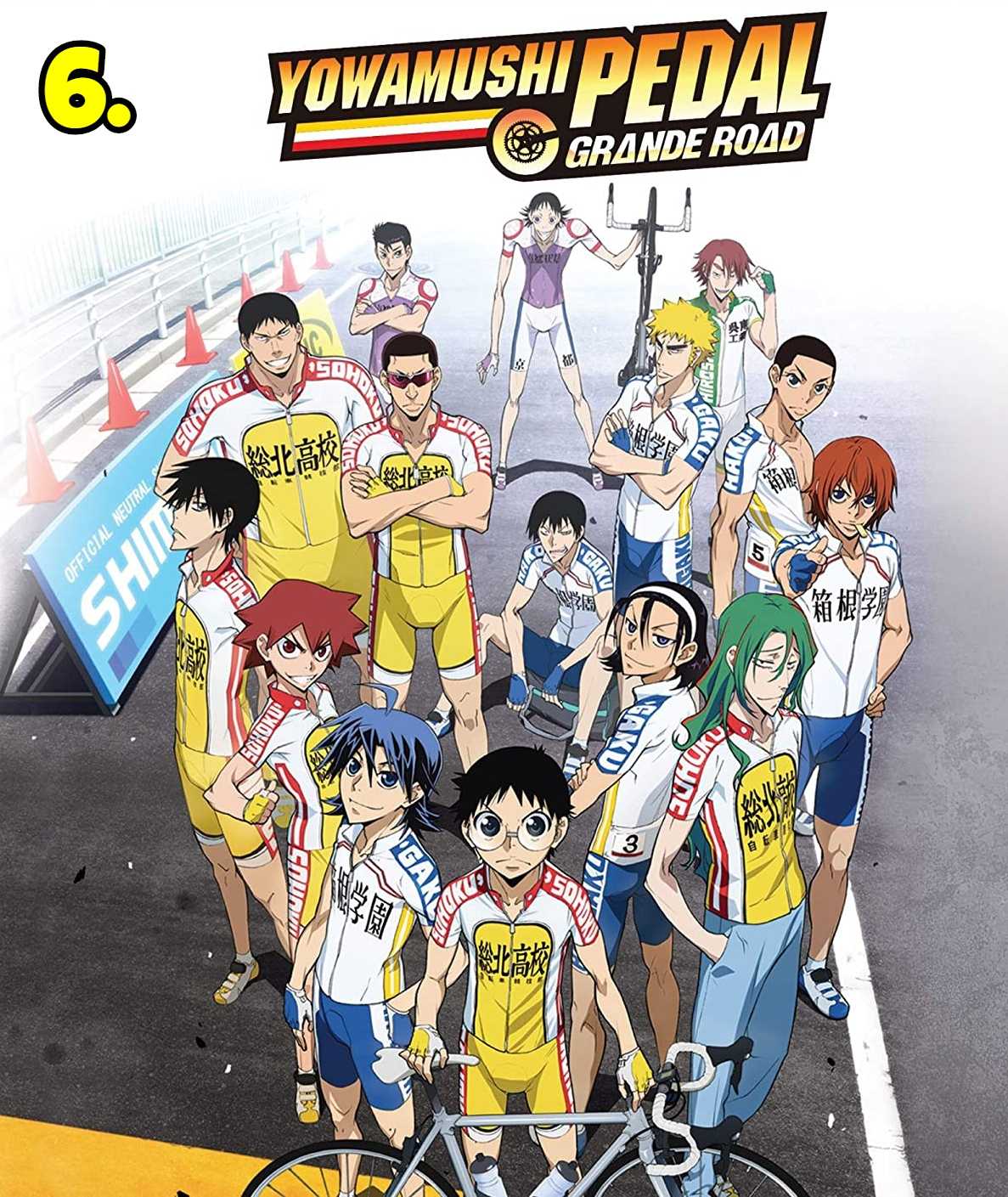 Sakamichi Onoda is a lively otaku hoping to join his new school’s anime club. Sadly, the club has been disbanded, and he volunteers to restore it by discovering students. On his way to make a full circle to Akihabara on his old bicycle, he encounters one of his classmates, a cyclist. After seeing Onoda’s cycling skill, she challenges him to a race. Thus, it begins Sakamichi’s cycle racing life. 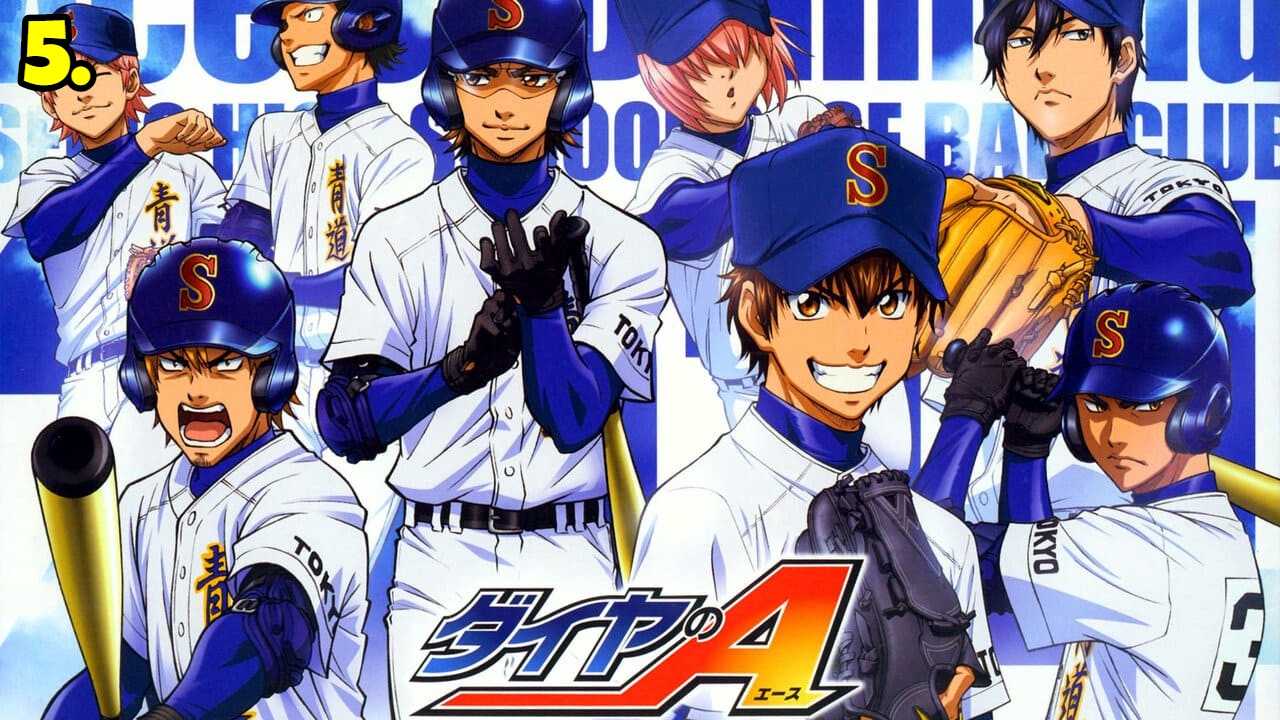 After making a stray throw that totally missed the batter, Eijun Sawamura loses his last middle school baseball game. Everything changes when a scout out of the blue welcomes him to Tokyo’s renowned Seidou High School in the wake of seeing the potential in his unique pitching style. Supported by his teammates, Eijun acknowledges the offer, prepared to improve his skills, and play at a considerably more serious degree of baseball. 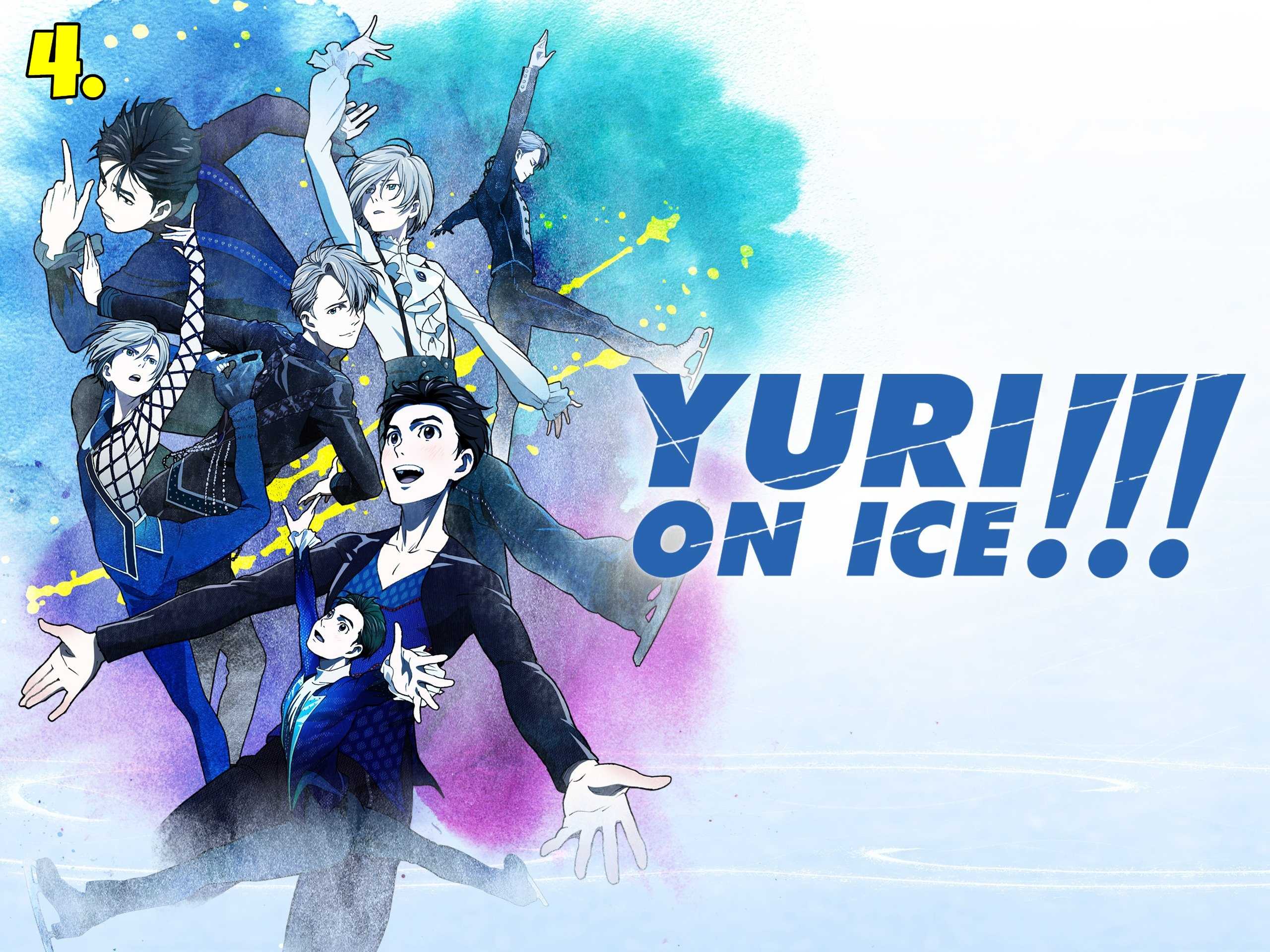 After a devastating failure in the Grand Prix Final, 23-year-old Japanese Olympic skater Yuri Katsuki feels mixed sentiments about skating and stops working on his career, coming back to his old neighborhood of Hasetsu in Kyushu. Yuri visits his beloved companion, Yuko, at an ice arena (Ice Castle Hasetsu) and mirrors a complicated skating routine performed by his idol: Russian figure skating champion Victor Nikiforov. When the secretly recorded film of Yuri’s performance is transferred to the web, it grabs Victor’s eye, and he goes to Kyushu with an idea to mentor Yuri and resuscitates his figure-skating career. Later, it is uncovered that Victor was at that point acquainted with Yuri already. 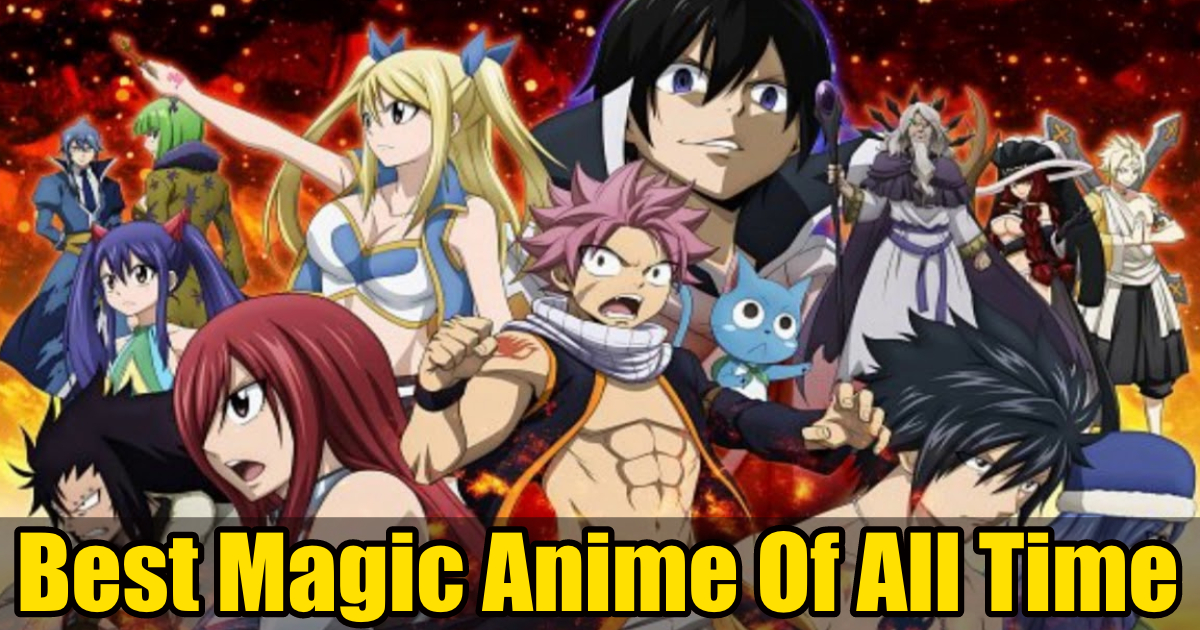 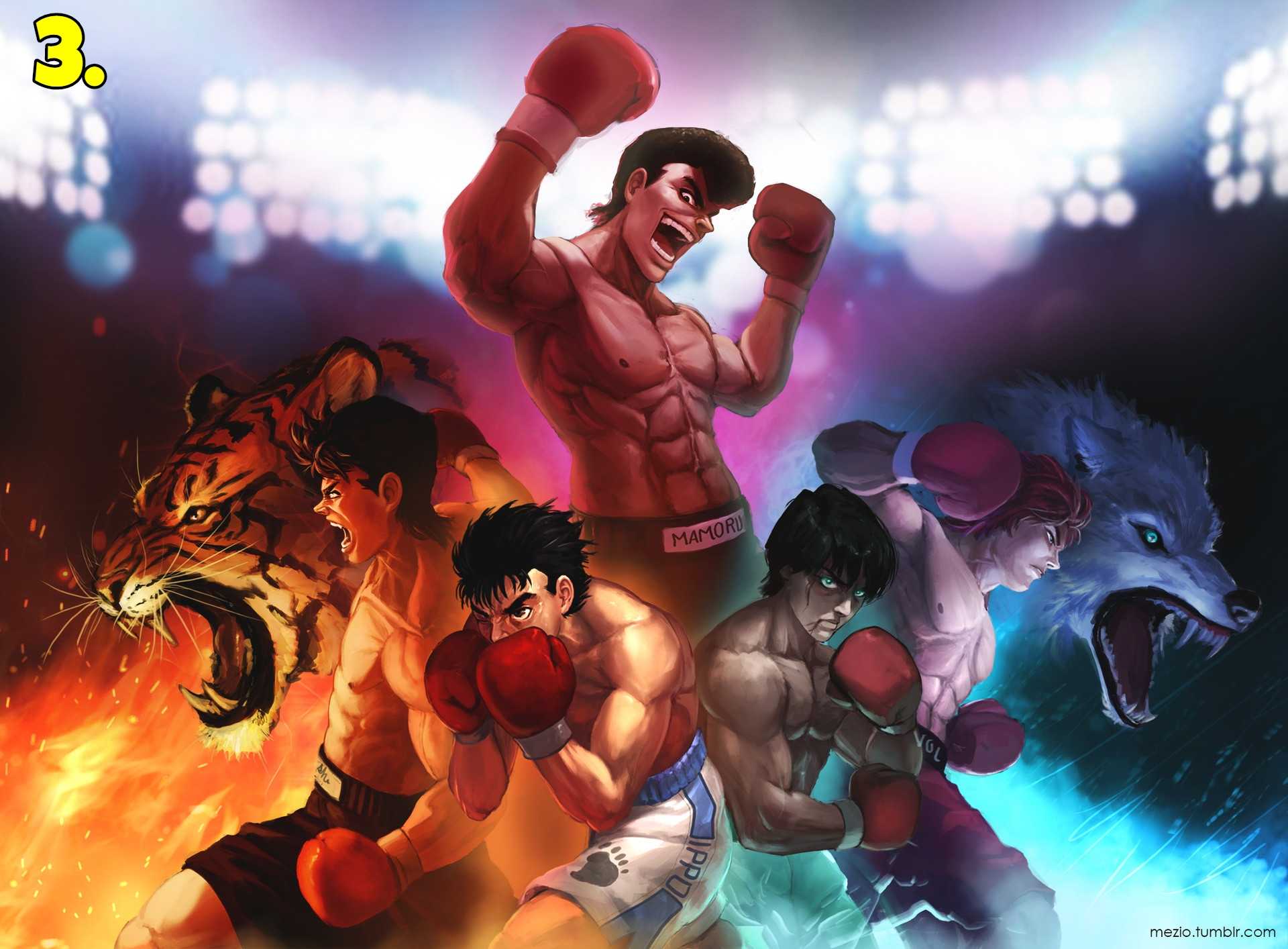 Makunouchi Ippo has been tormented as long as he can remember. Continually getting things done and being beaten by his schoolmates, Ippo has constantly longed for evolving himself, yet never has the enthusiasm to follow up on it. At some point, amidst some bullying, Ippo is spared by Takamura Mamoru, who happens to be a boxer. Ippo becomes unconscious because of his wounds and is brought to the Kamogawa boxing exercise center for treatment. As he recovers cognizance, he is awed and flabbergasted at his new environment in the exercise center. However, he is not confident enough to do anything. Takamura places a photograph of Ippo’s classmate on a punching bag and encourages him to punch it. It is at exactly that point that Ippo feels something mix inside him and, in the end, asks Takamura to coach him in boxing. Believing that Ippo doesn’t have it in himself, Takamura gives him an assignment considered unimaginable and gives him a week. To achieve his goal, Ippo works very hard, thus beginning his journey of becoming a boxer. 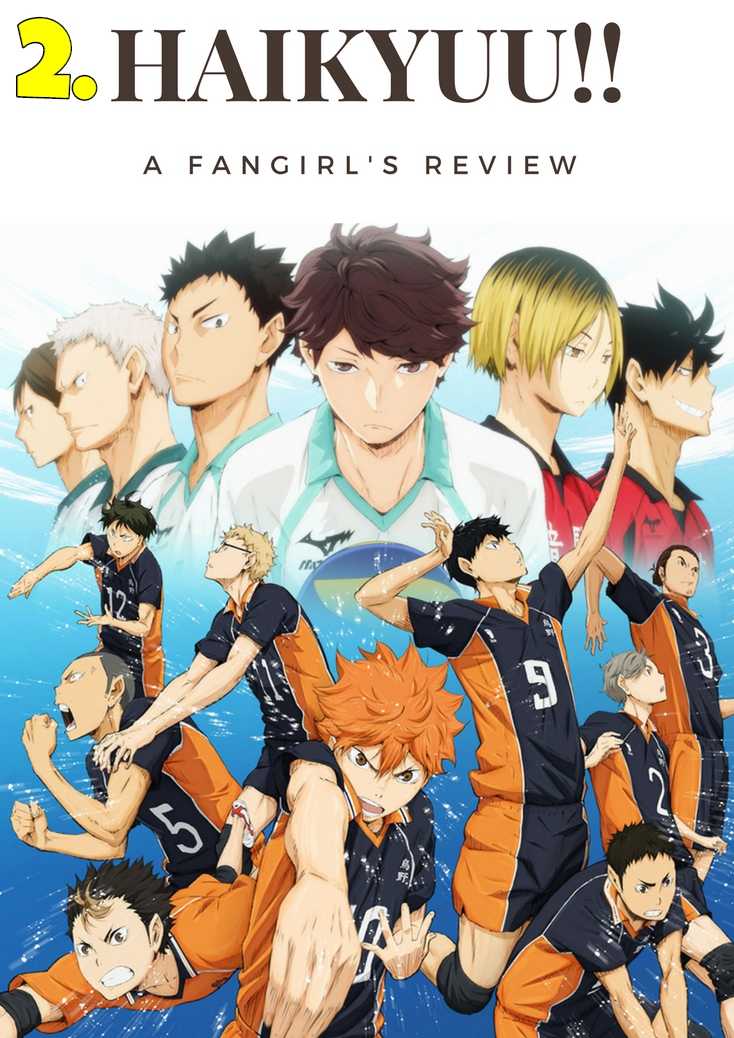 Middle school student, Shōyō Hinata, experiences an unexpected love for volleyball in the wake of seeing a game on TV. Albeit short, he is determined to resemble his preferred player, nicknamed the “Small Giant,” subsequent to seeing his games. Be that as it may, his fantasies are devastated in his first official match, where his group endures a devastating defeat against the most loved group, which consists of the alleged “King of the Court” Tobio Kageyama. Hinata promises to follow in the strides of the “Little Giant” and enter Karasuno High School to defeat Kageyama, just for the two to end up as impossible colleagues. By joining the talent of Kageyama with Hinata’s sheer athleticism, the team makes a shiny new volleyball strategy. Their new combo permits them to get over their disparities, and an abnormal partnership is made between the two. They are continually loaded up with fun and giggling. Accordingly starts the Karasuno young men’s volleyball crew’s excursion to the nationals. 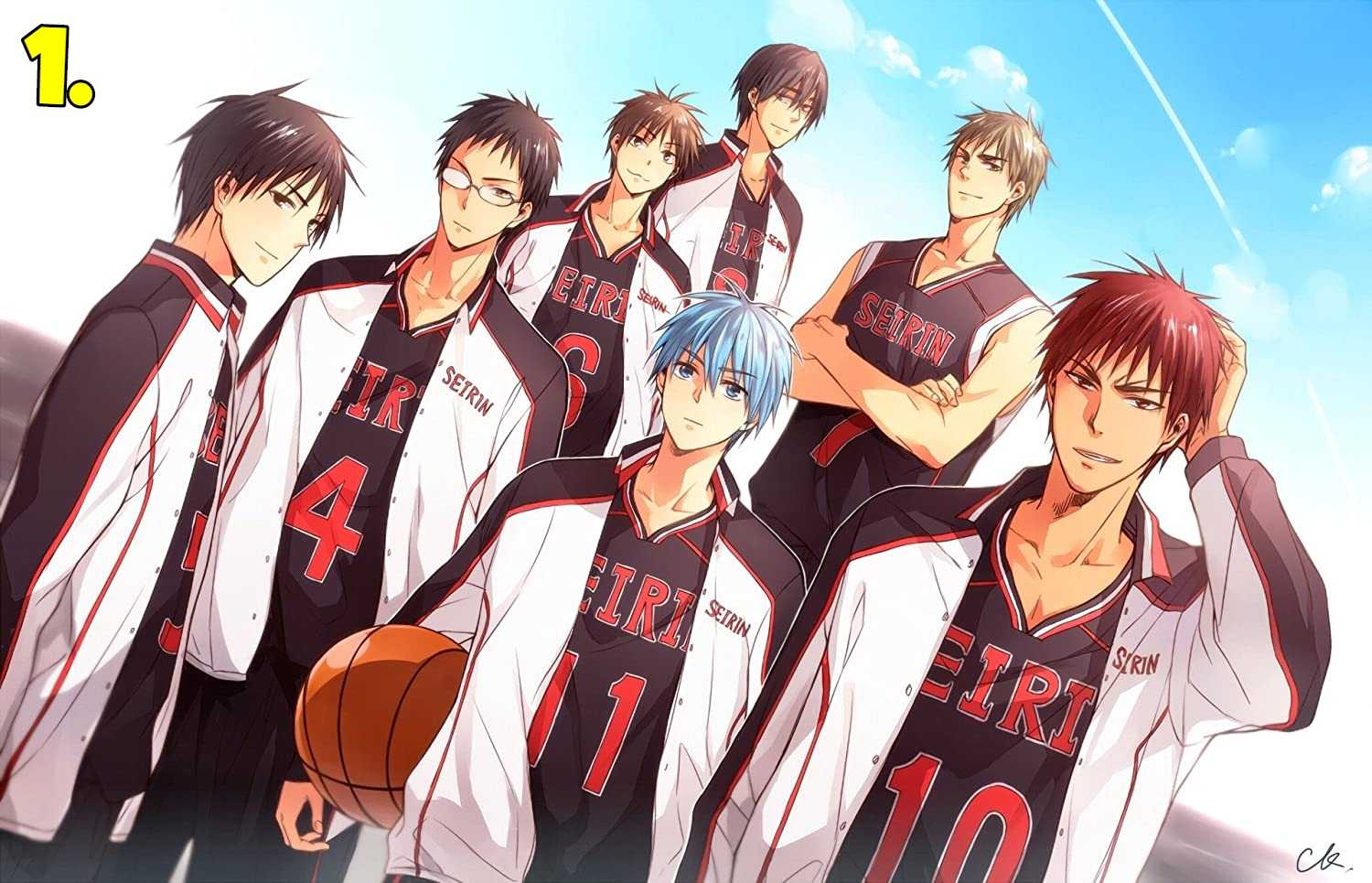 Teikou Junior High School’s basketball group has been the champion for three years straight because of five extraordinary players who, with their remarkable abilities, leave rivals in hopelessness and fans in reverence. Moreover, after graduating, these partners, known as “The Generation of Miracles,” head out in their own direction and now consider each other as opponents. Kuroko no Basket follows the excursion of Seirin’s players as they endeavor to turn into the best Japanese secondary school group by winning the Interhigh Championship. To arrive at their objective, they need to cross pathways with a few incredible groups, some of which have one of the five players with exceptional capacities, whom Kuroko and Taiga make a settlement to crush.