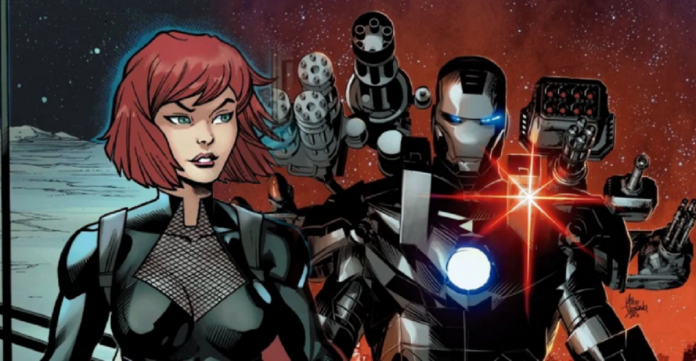 Marvel’s Avengers have surely had a lot of looks over the past few years. Now, in Avengers: Earth’s Mightiest Heroes, the Black Widow had gotten a new costume, and this is a huge change, a lot of her other looks. During this issue, the team had their hands full with a lot of athreats. One part had to deal with Thor, who was infected by the Brood. The other is in space in Ghost Rider’s Hell Charger, and they were fleeing the Silver Sufer. They are also trapped in a Shi’ar prison galaxy. There are a few highlights in the issue, but the new look is great.

As the Silver Surfer battles with Ghost Rider, Nat had stayed behind in the Hell Charger with Boy-Thing and Blade. When it is clear that they will have a fight with a few sketchy characters on a planet they crash land on, Black Widow then takes charge. She then asked about her luggage. Nat then retrieves a package as the bad guys advance on their vehicle. What they did not expect is her to fly out of the back of the car. This issue calls her as the War Widow, and the new armor resembles Ironheart and also, Rescue. 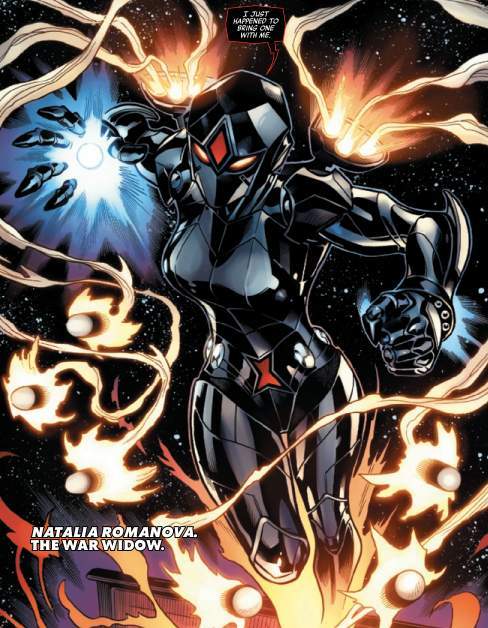 While talking about her first time in a Black Widow suit, Scarlett Johansson had been stunned. There is not a lot left to imagination:

“Look at that thing. I mean, who wants to get into something like that?” Johansson had started.

“You just think, ‘Oh god, really? Couldn’t it have, like I don’t know, some sort of a peplum skirt or something?’ This thing is like very: there you are. It was also everything it represented. The character was so beloved. She’s an iconic character. And I didn’t know how people were going to take it. What the hell was I doing in this franchise? It was daunting.”

When the first few images of a white Black Widow costume had released on the Internet, all the fans just cannot believe it. Now, that this trailer has released, all the fans saw that this was not a concept art, and it would be the real thing. 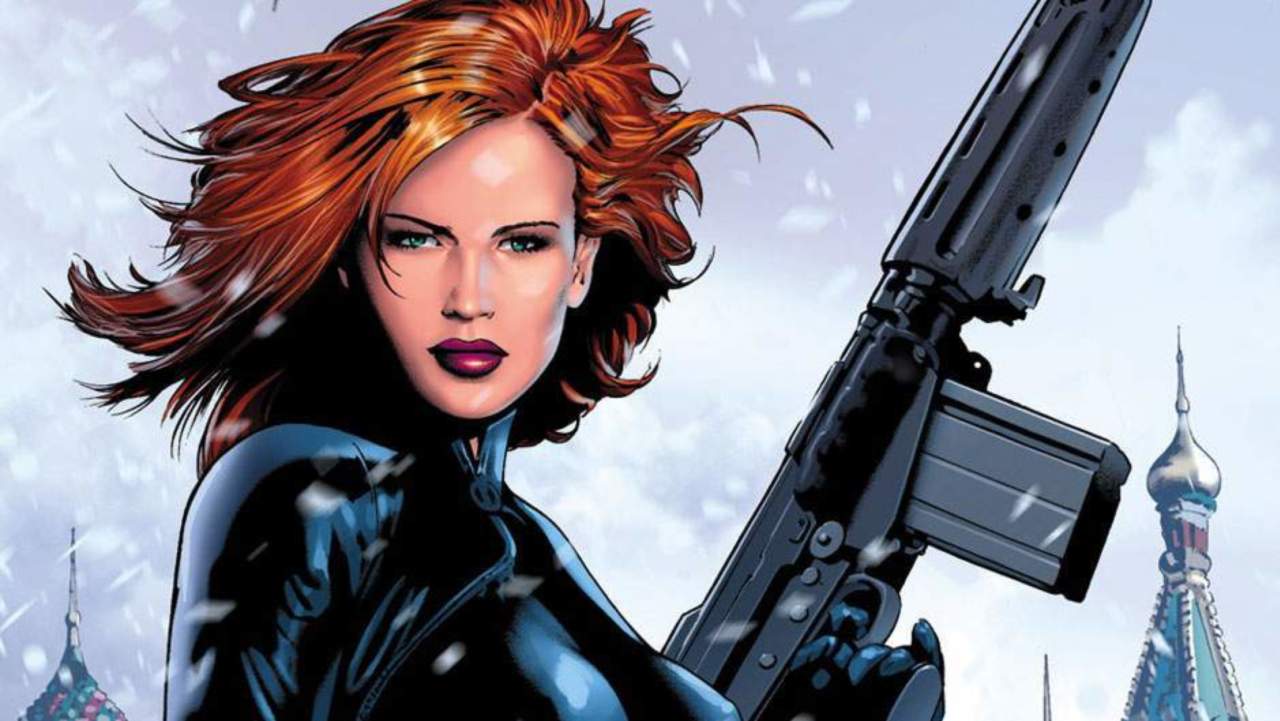