Geeks on Coffee
More
Home GEEK AND NERDS Bruce Campbell Will Be Hosting The All-New ‘Ripley’s Believe It or Not!’ 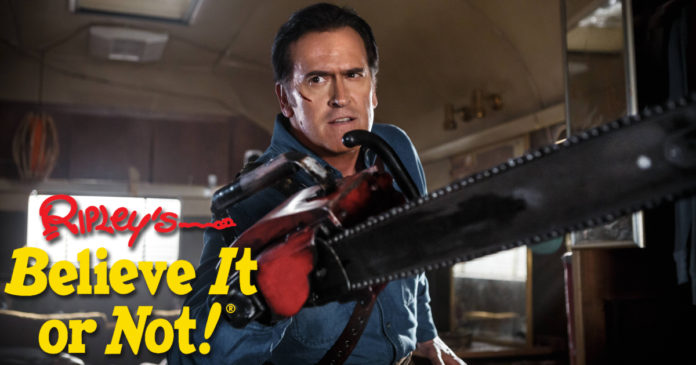 Bruce Campbell had bid farewell to the character, Ash J. Williams from the Evil Dead series, but the actor is not staying away from the TV for a long time because he has now been announced as the host of the show, Ripley’s Believe It or Not! and this is all set to air on Travel Channel.

As it has been evidenced by the trailer, this series will be in line with the popular franchise and will also explore the world of all things unexplained and weird. Whether it is someone who is capable of drilling into the nasal cavity with no ramifications or the discovery of a unique and bizarre artifact, this series will cover it all.

After the announcement of Campbell’s all-new gig, he had responded in a way that all his fans had expected: 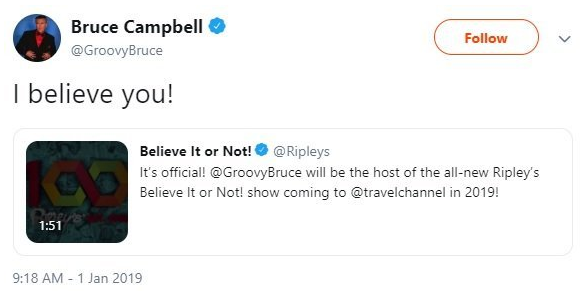 Campbell had accepted the challenge of the show’s title, and he had admitted, “I believe you!”

His breakout project had been The Evil Dead in the year, 1981 and, in the year since he has never had no problem at all in embracing the weirder corners of the world of pop culture. From battling the Deadites to bounty hunting, Campbell has surely left no stone unturned when it comes to nerdy narratives. Campbell has also made a few brief appearances in the three Spider-Man movies, though we should not expect to see him return to the universe of superheroes. 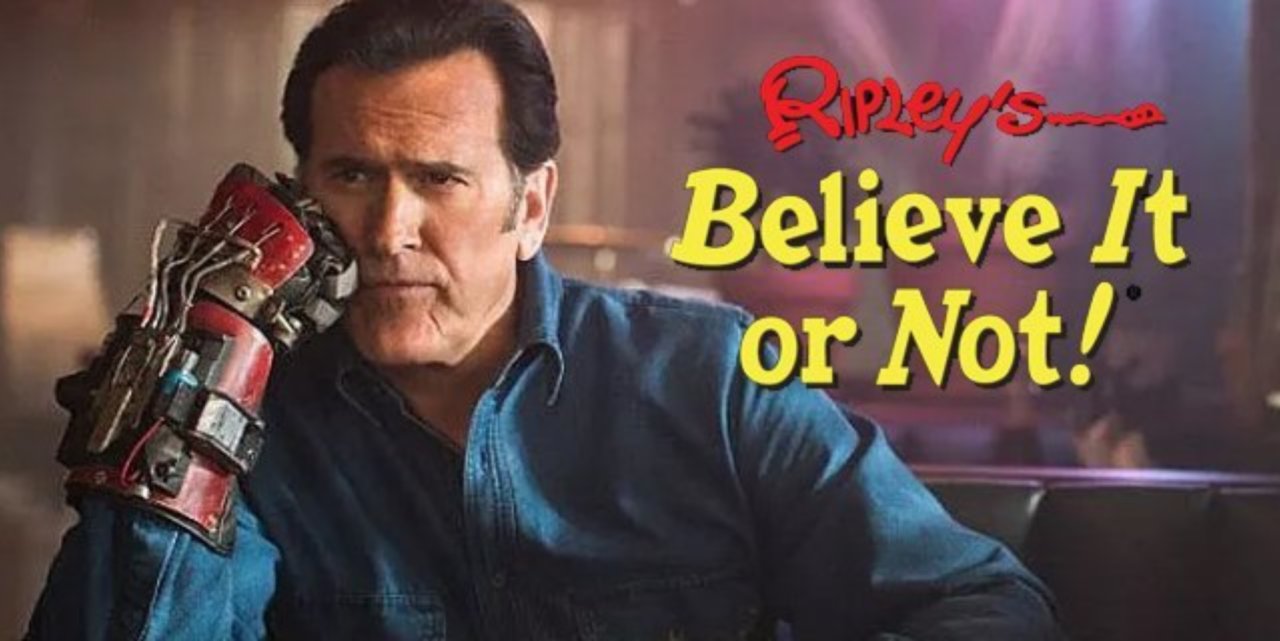 “Big blockbuster movies, whenever I see an actor get cast in one of those, I wince, because I go, ‘Oh, that poor son of a bitch is going to be in that suit for 10 years,'” Campbell had said.

“If shooting schedule’s seven months of shooting, you get your one month in the Bahamas, and then you’re promoting for three months, then you go right back to the next sequel, back in that same f-cking suit.'”

One more deterrent for Campbell will be entering the genre of superheroes is that the heroes are not as complex as he would want. While the superheroes have a few flaws, they are now driven to do good in this world. 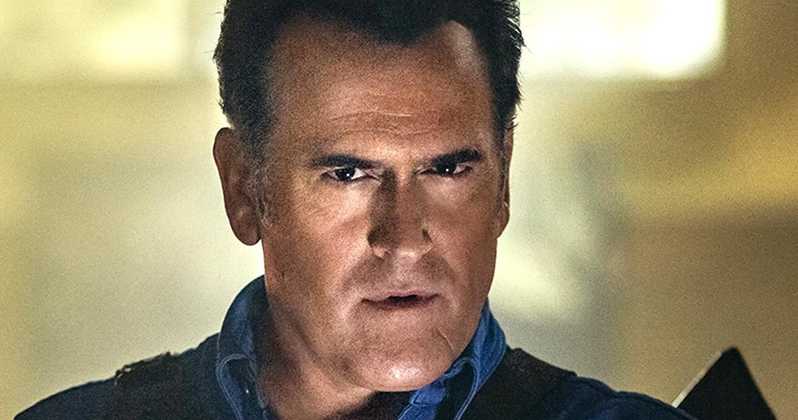 “My only beef with superheroes is that they’re not flawed enough,” Campbell had said.

“Oh, Superman’s got Kryptonite. Well, what the hell’s Kryptonite? I don’t know what that means. Give me Ash; the guy could be, he’s a gas station attendant, you know? The guy’s Mr Nobody.”