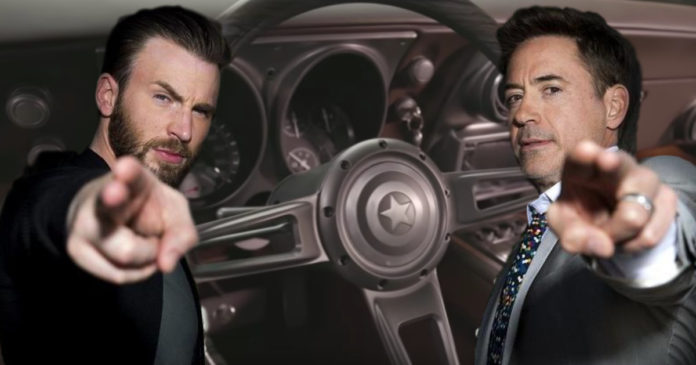 We have seen Chris Evans and Robert Downey Jr. together in several Marvel films, and it is no secret to the fans that the two stars have become really good friends in real life too. They are such good friends, in fact, that recently Downey Jr. gifted Evans a customized, Captain America themed 1967 Chevrolet Camaro.

During the recent episode of Jay Leno’s Garage on CNBC, the new car off Evans was featured. Before the episode premiered, Leno spoke to David Salvaggio, the Vice-President of SpeedKore (the firm that customized the car), about the designing process of the vehicle.

“We’ve done three cars for Robert, and this was actually the first one, and the whole goal of this vehicle was to give it to Chris Evans as a gift in the end,” Salvaggio said, “Robert was kind of shopping the first gen Camaro, originally he was looking for a ’69, and he acquired a ’67, had a shop start it, and things didn’t work out, and it actually evolved to us.”

“Robert got really involved on the build. He really liked the ’67 because of the vent windows and a couple other things that made the ’67 unique. And then we got some choice colors and leathers, Robert was really digging into it,” he added. 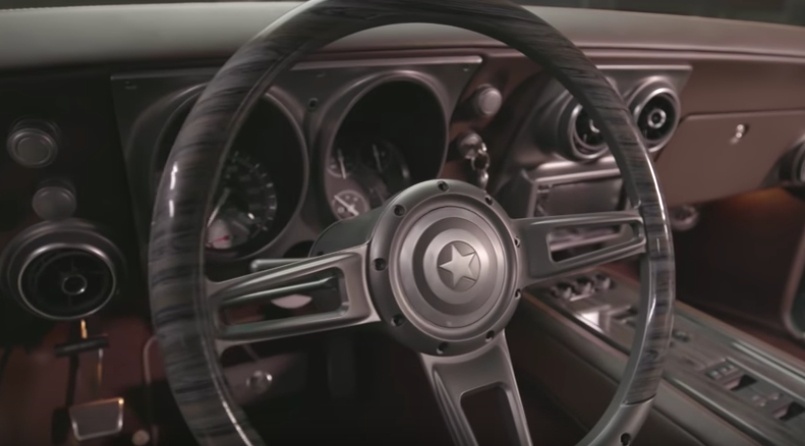 It is not as if the car is covered in the American flag or something like that, but, there are various other underplayed, classy references to the iconic Marvel character played by Evans. The steering wheel has an imprint of the legendary shield of Captain America.

The car’s interiors include a custom nameplate mentioning Evans’ name and title.

Salvaggio further explained that Downey gifted the Camaro to Evans upon completion of the filming of Avengers: Infinity War. 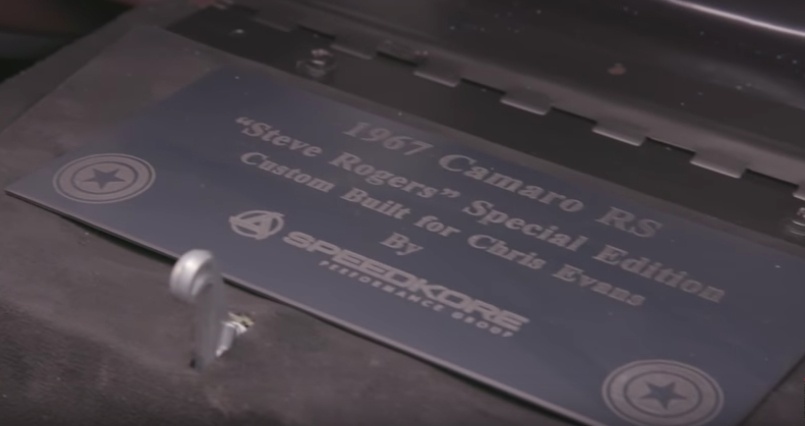 “They did the third Avengers movie that came out,” he said. “Robert had it shipped to Atlanta, where they were filming and gave it to Chris as a gift on set. It’s funny because Chris wasn’t really a car guy, per se, he’d been doing acting since 18, and he’d been really studying the craft, but like all boys, we dream of cars. When he saw it, he loved it. He loved the color, that was kind of the design in Robert’s mind. Going back to Robert, he’s super creative, and he’s really good with colors and just kind of putting everything together.”