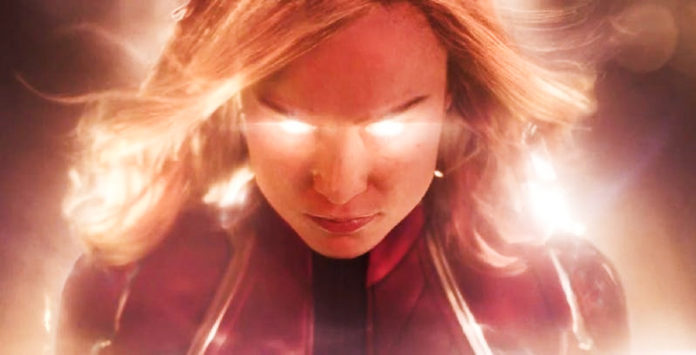 Kevin Feige, the Marvel Studios President, referred to Carol Danvers/Captain Marvel as “The most powerful person in the MCU.” We need to wait until next year to see whether her debut movie performs according to that reputation. In the comic books, we have seen plenty of proof of her incredible powers. Carol Danvers started out as the lover of Captain Marvel (an alien hero) and then ended up becoming Captain Marvel herself, and turning out to be much more popular.

However, before we see her take on Thanos in Avengers 4, we wish to know more about her powers. How will she beat the villain? Some of her powers are quite regular, but, some are totally awesome. Let’s take a look at 7 of her best powers.

1. She has the power to travel at light speed

While there is speed, there is lightning fast speed. Captain Marvel has the capability of moving at the speed of light. Therefore, she is not only capable of flying alongside supersonic fighter jets, but, she can easily outrace them. Carol Danvers has incredible powers, and her speed is also due to the same incident that is the cause of her other powers. There was an explosion of alien technology which resulted in the merger of alien DNA with her, giving her the powers of that species. Even with her original power level, she was capable of moving at speeds up to Mach 3, but, after she attains her Binary mode, she is capable of flying at the speed of light. That is quite useful when you are moving through space. 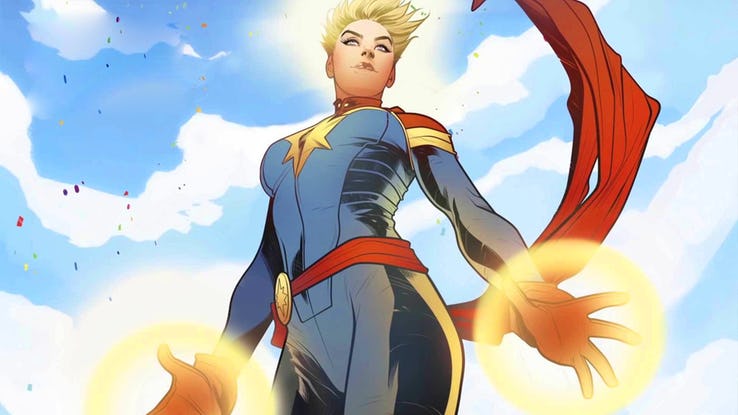 2. She doesn’t need a special suit to survive in space

Considering her links to alien races and astronauts, we are not surprised that Captain Marvel spends a great deal of her time out there. However, everybody needs spacesuits in the big vacuum, right? Most of the superheroes need them, but, not Captain Marvel. This is courtesy of the genetic alteration by the Kree and Brood alien races. Carol Danvers can easily survive in the endless vacuum of space. Although, she might have relied on a spacesuit in her initial days, but, after she had the power of her Binary upgrade, she no longer needed it. In fact, her Binary form ensures that she doesn’t even need oxygen. Put in simple words, space travel is as easy for Captain Marvel as taking a sunbath on the beach. 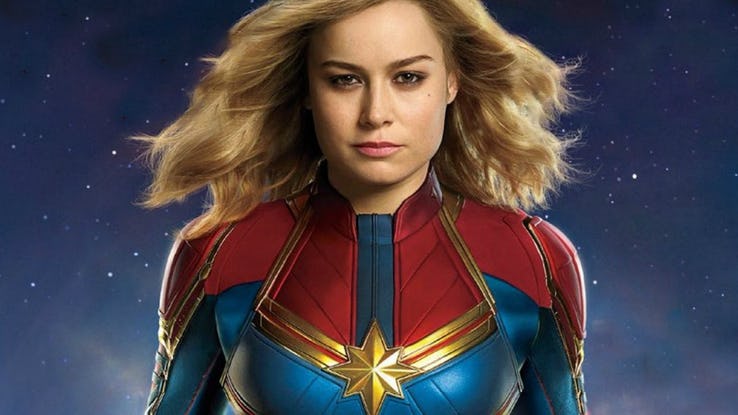 It is not only about her physical strength, but, it also enhances the power of her photon blasts. Once she absorbed enough energy, then she can also turn into her Binary form. 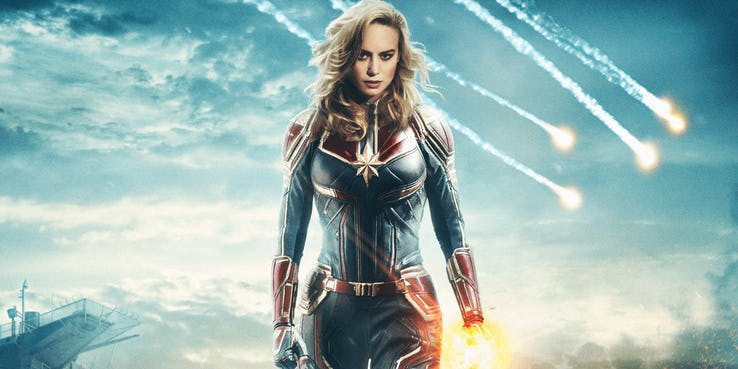 It is quite uncommon to see someone fly without any tech in Marvel Universe. Most of the superheroes need either rocket shoes or jetpacks to fly around. That is one of the numerous things that Captain Marvel assumes a more special and mighty status. She has the ability to fly through air and space, solely on her own, without any problem. It is also a rare situation where a superhero has a day job that helps her in fighting with the villains. Carol Danvers is a trained Air Force Pilot, and she has better understanding of flight dynamics which makes her stronger and deadlier in the air. She also prefers leaving behind a streak of light when she flies around. 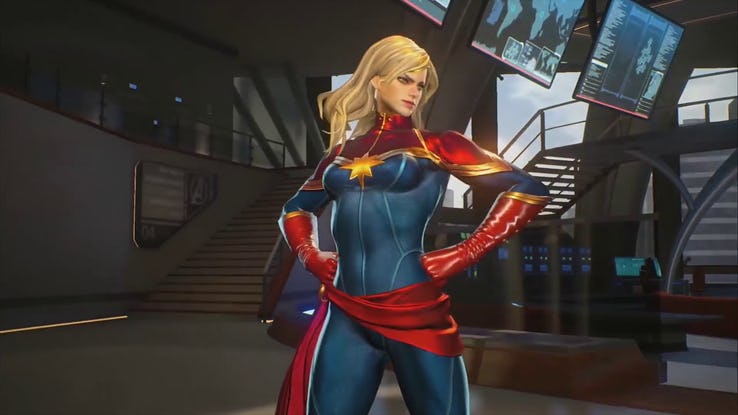 Captain Marvel’s most famous superpower is her photon blasts. It is her standard move in a battle to shoot energy beams from her fingertips at the enemies. It is a result of her powers of energy absorption. She keeps soaking in energy at all times, and this is the simplest way to release that energy. Captain Marvel is also capable of controlling the intensity of her photon blasts. They might be mild enough to simply push someone back or mighty enough to rip through spaceships. In fact, this is a power that even the original Captain Marvel had. Carol Danvers had developed this power on her own.

Among the various things that make Carol Danvers so powerful is the fact that she has got most of those powers from the original Captain Marvel. However, his powers have changed several times in the past, and nobody knows for sure which all powers of his were transferred to Carol Danvers. One such power is the power to cast illusions. The original Captain Marvel had acquired this power upon gaining the cosmic awareness. He had this power when he and Carol Danvers became victims of that Kree technology’s explosion through which she had been given her powers. Therefore, logically she must have this power. However, she has never been seen using it, and that is why nobody knows for sure. 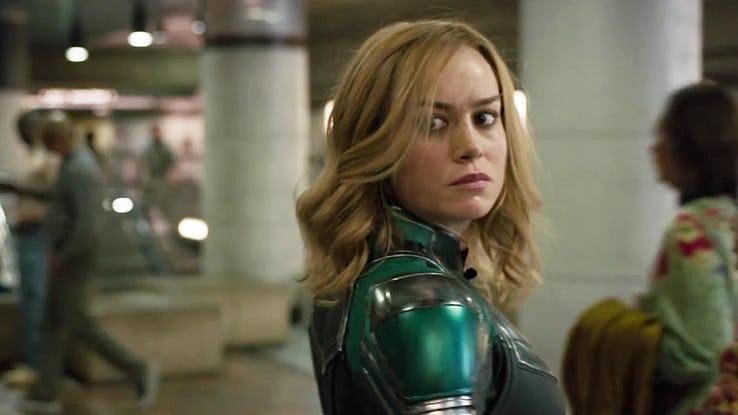 7. Aliens Gave Her A Healing Factor

It is almost impossible to hurt Carol Danvers, to begin with. She is definitely among the most powerful and durable superheroes in the Marvel Universe. However, on the rare occasion that she does get injured, she has an incredible healing power. Just like most of her powers, this power has also come as a result of the alien adventures of her. While battling a bio-mechanical alien named Cru, the Captain Marvel mistakenly absorbed some of her rebuild and repair technique. This means that she has got nanobots that repair any damage suffered by her body. It also keeps her safe from any future genetic alteration and psychic attacks. Not only that, Captain Marvel has the power to use her absorbed energy to enhance her regenerative powers. 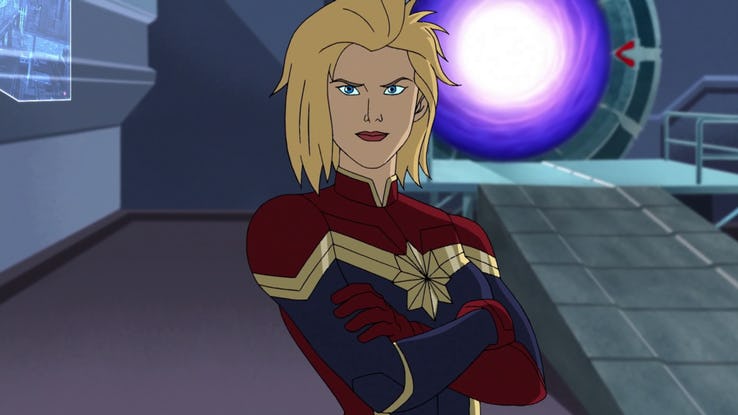