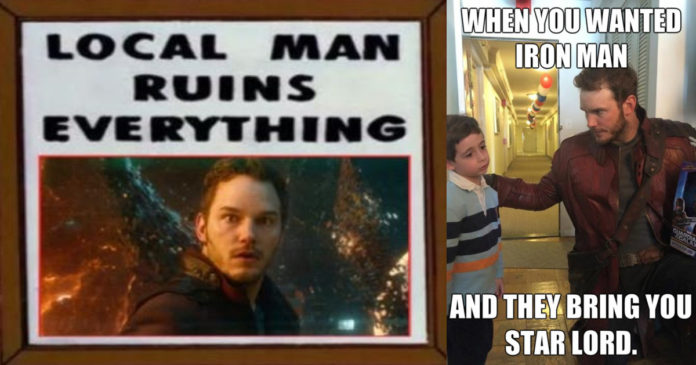 His focus came under question in Avengers: Infinity War, but, Star-Lord is still a popular MCU hero. He is half-human and half-celestial, and Peter Quill is a character that captivates fans.

Chris Pratt has performed the role with a lot of finesse, leveraging his comedic timing as seen previously in the series Parks and Recreation. He recently said that he would be ready to play the role again.

He showed a lot of commitment to playing Star-Lord and lost close to 60 pounds in six months before the filming started on the first Guardians of the Galaxy movie. To play a character that is half-god is not an easy task. The role was a breakaway character for Pratt, and he handled with utmost sincerity and stupidity.

Yet, when Star-Lord failed to control his emotions in Avengers: Infinity War, fans attacked the character and vented out their frustrations by coming up with memes. The three MCU movies and also Parks and Recreation, Jurassic World and its sequel Fallen Kingdom gave enough ammunition for the great meme-makers.

However, Chris Pratt must be appreciated for the way he gets into his roles, and his sense of humor endears him with his fellow actors. You can look at any Chris Pratt interviews, and you will see him enjoying a good rapport with his co-stars. Maybe he was destined to be the leader of a team of crazy misfits.

Go ahead and enjoy these 20 Hilarious Chris Pratt Memes. 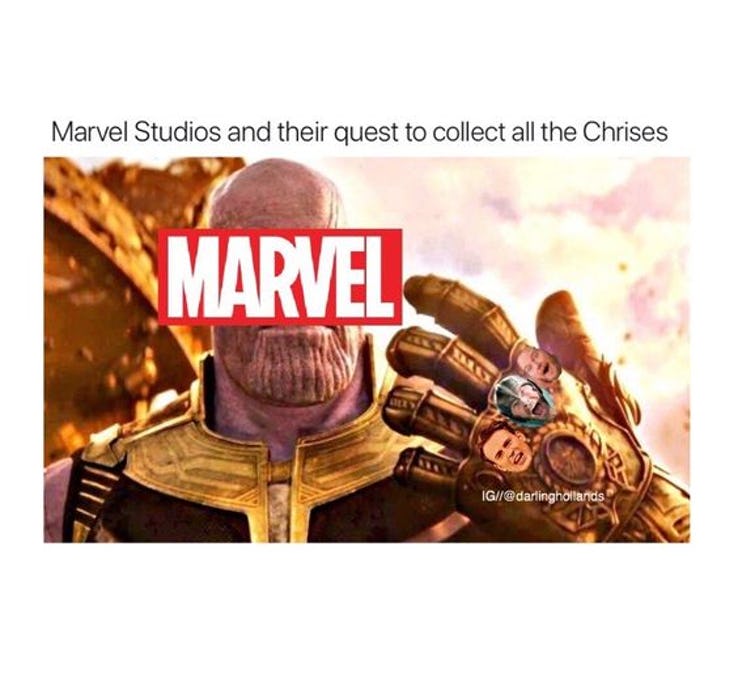 19. STAR-LORD IN THE LEGO MOVIE

18. STAR-LORD STORIES KEEP IT IN THE FAMILY 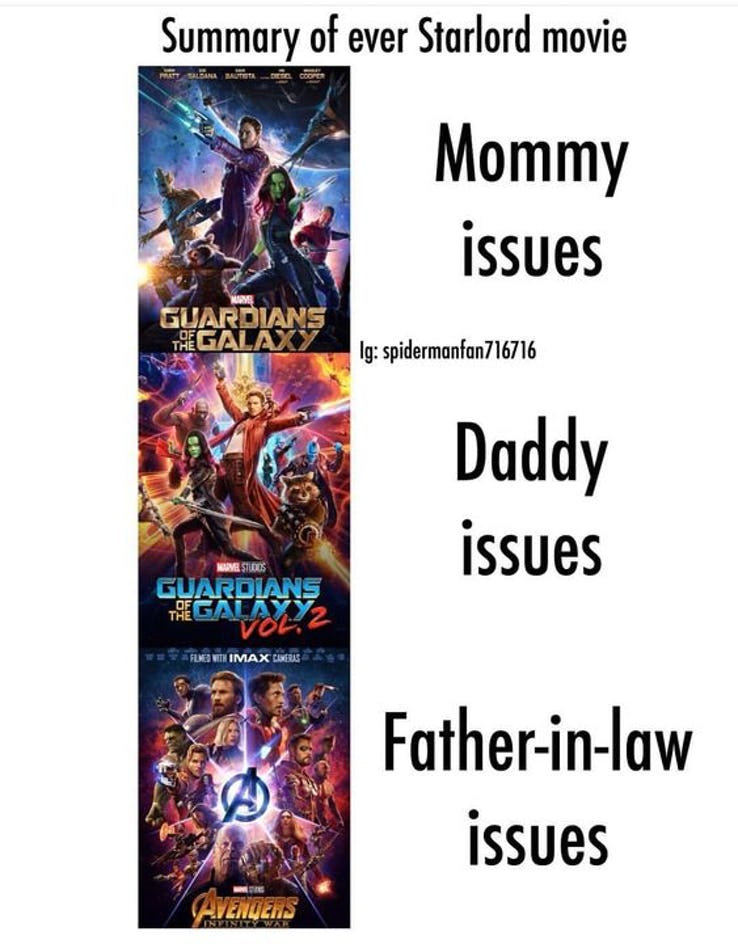 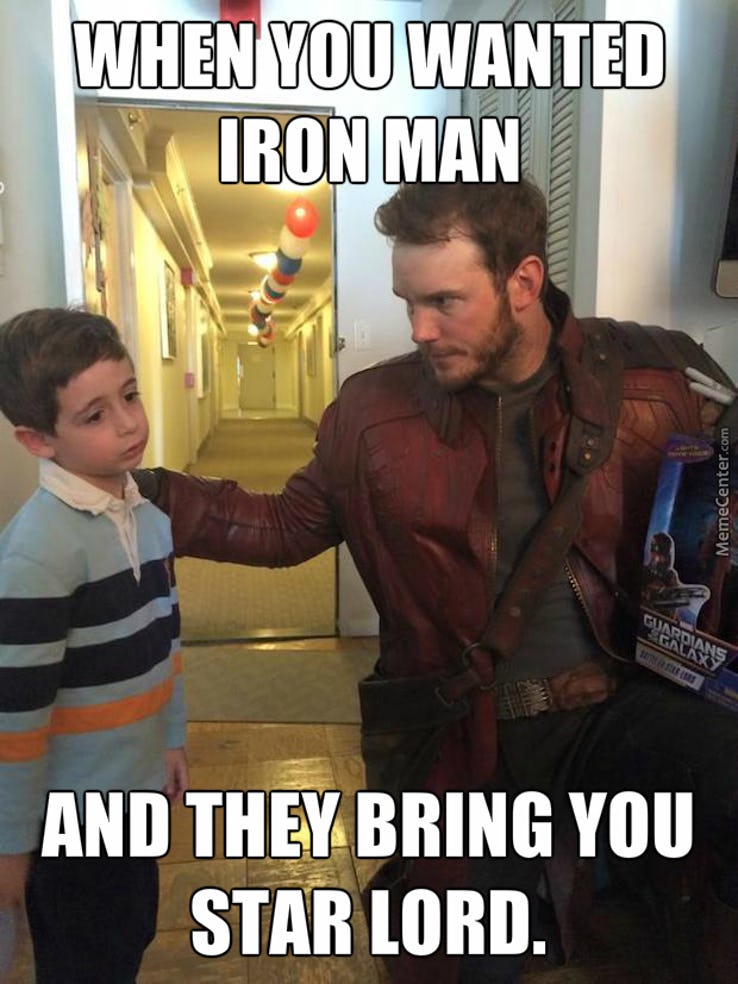 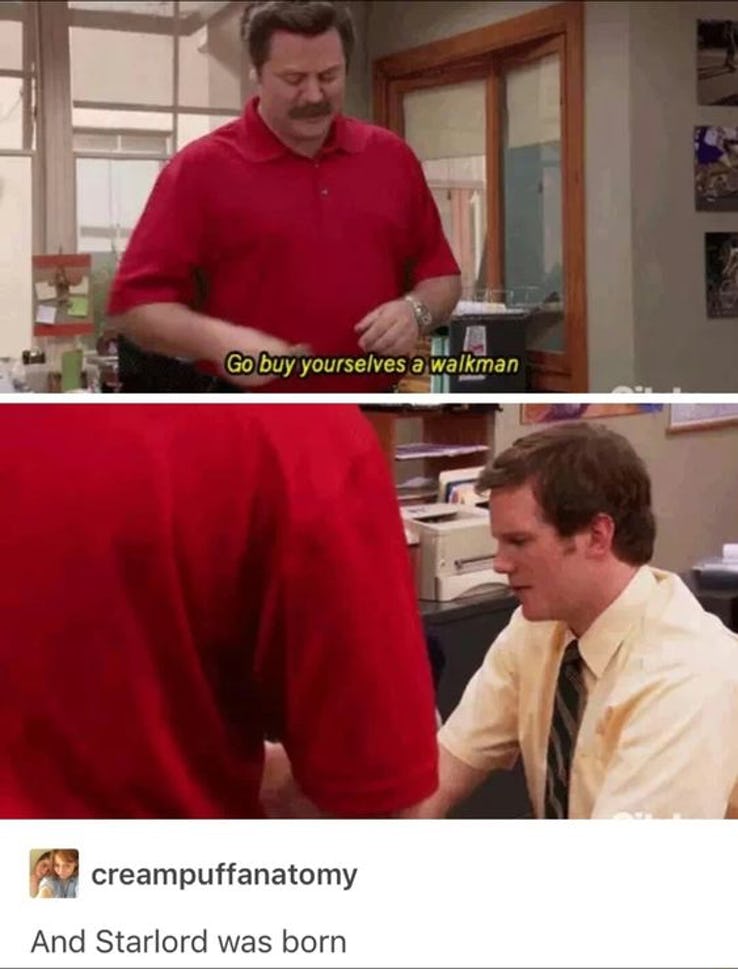 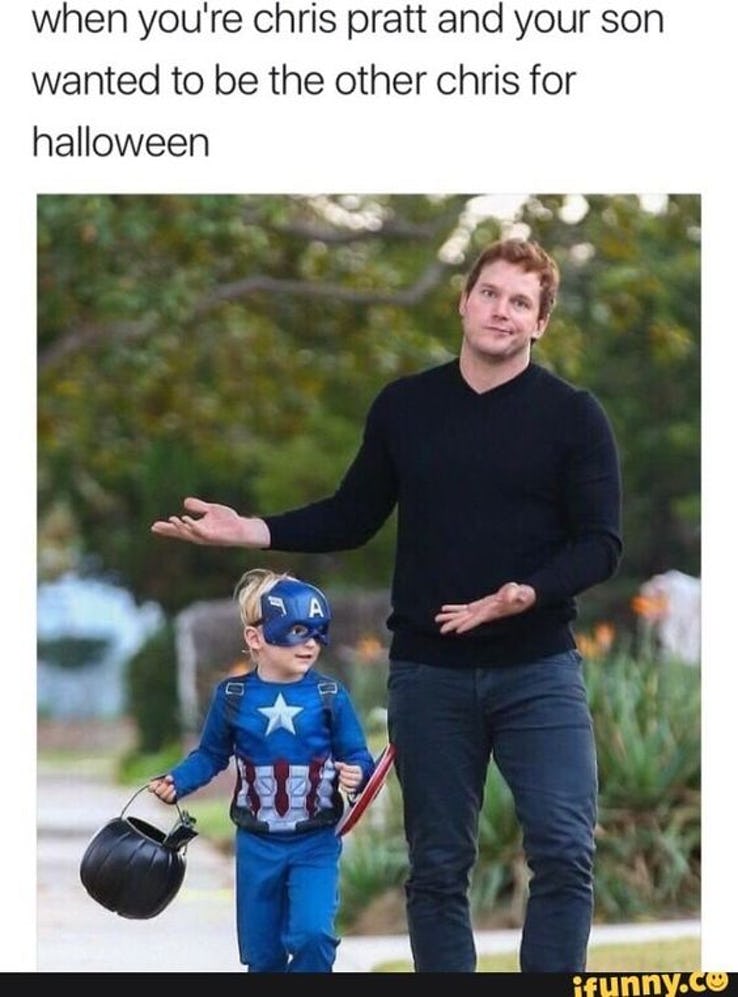 14. THE REAL FIRST MEETING WITH ROCKET 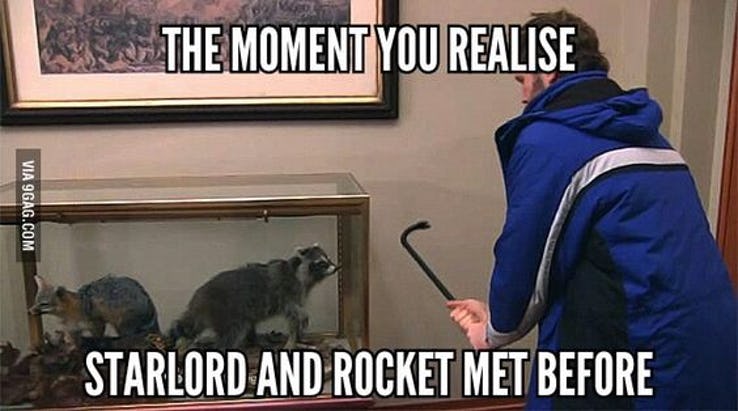 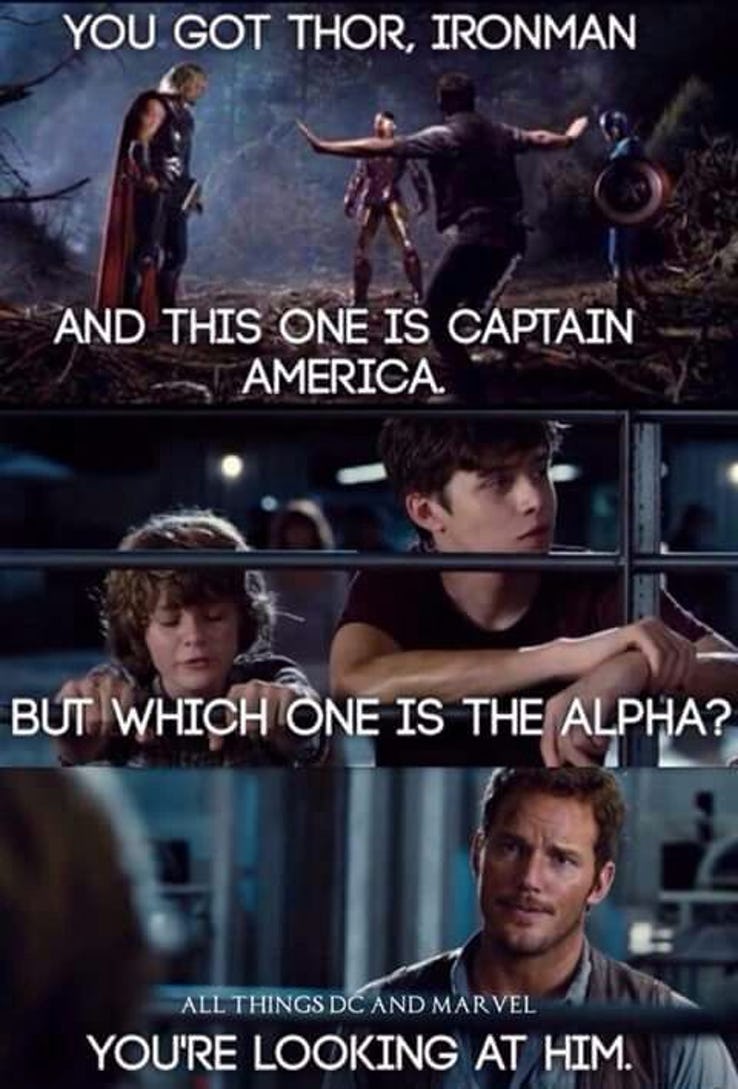 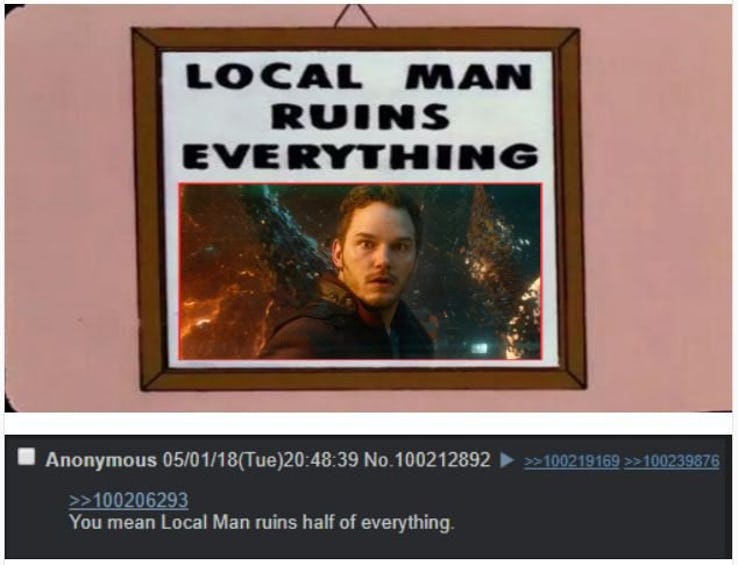 11. THE WAY HIS CO-STARS LOOK AT CHRIS PRATT 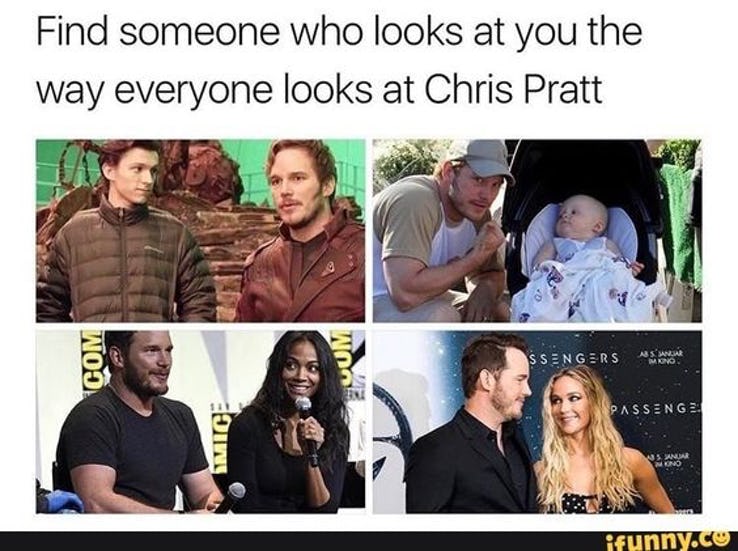 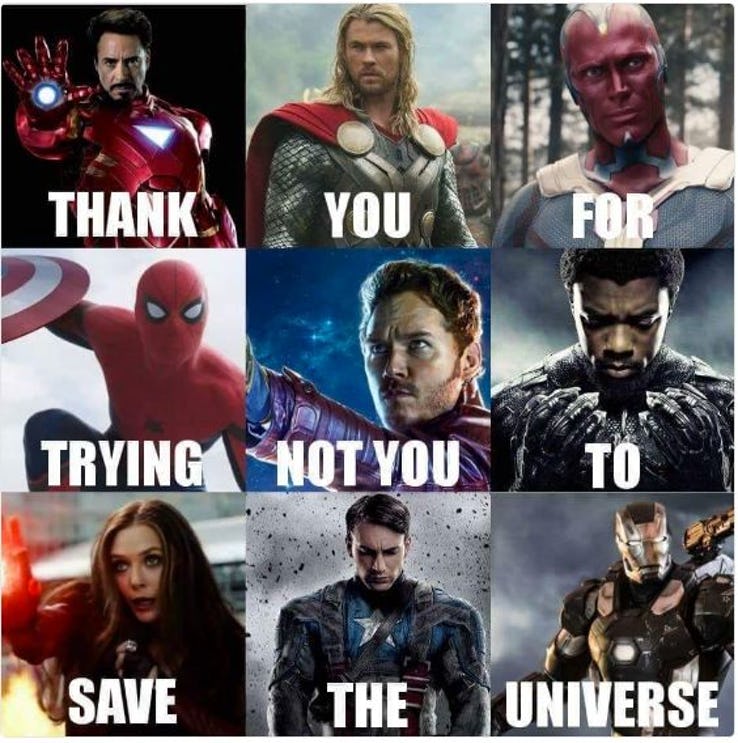 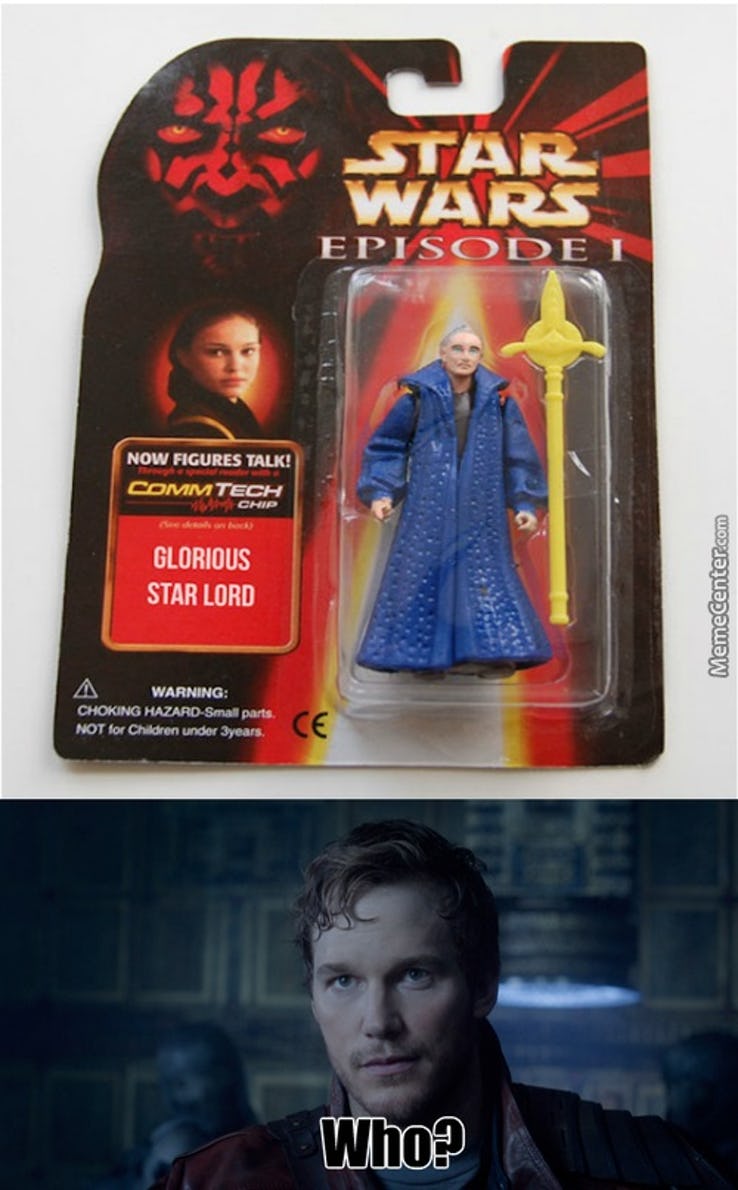 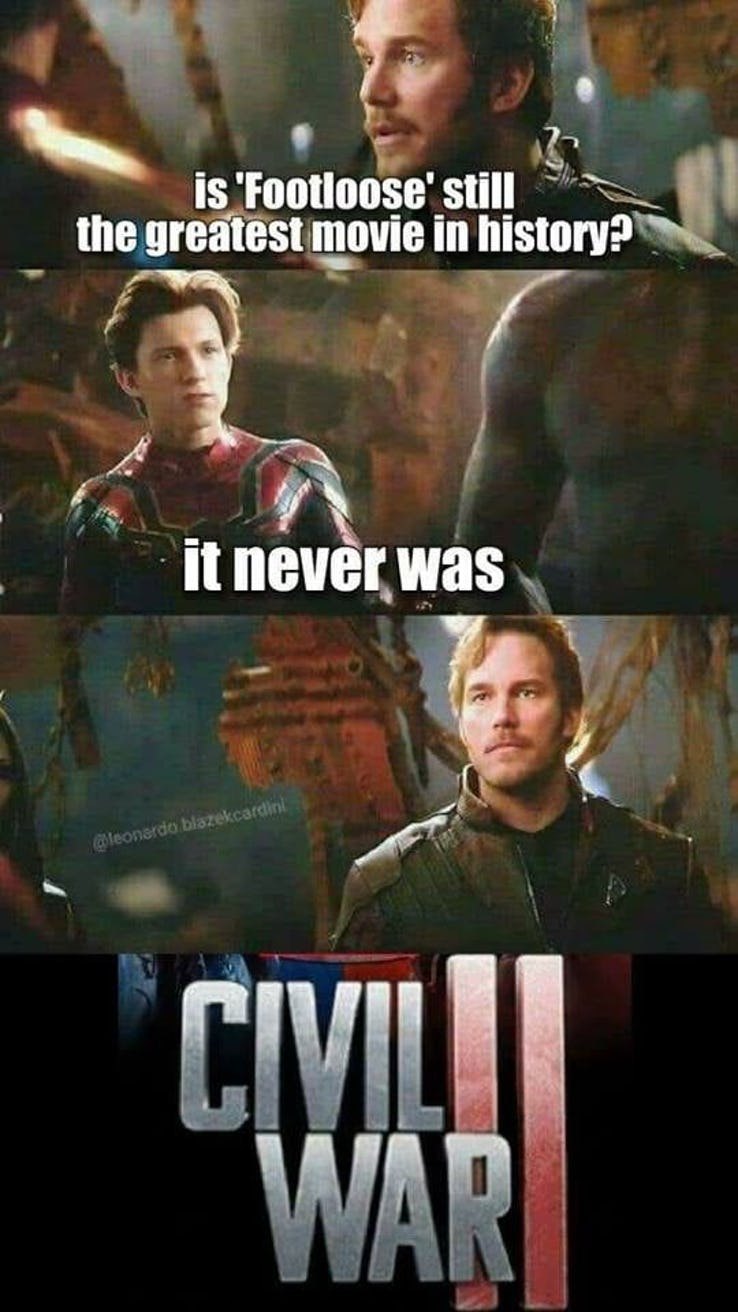 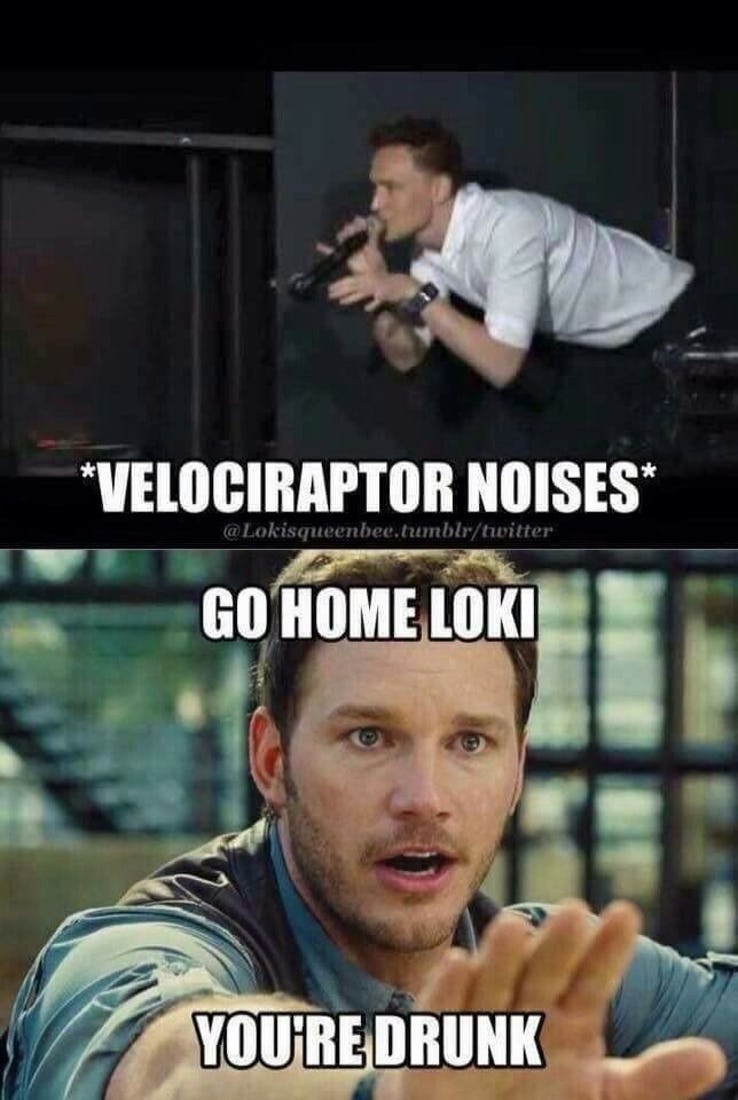 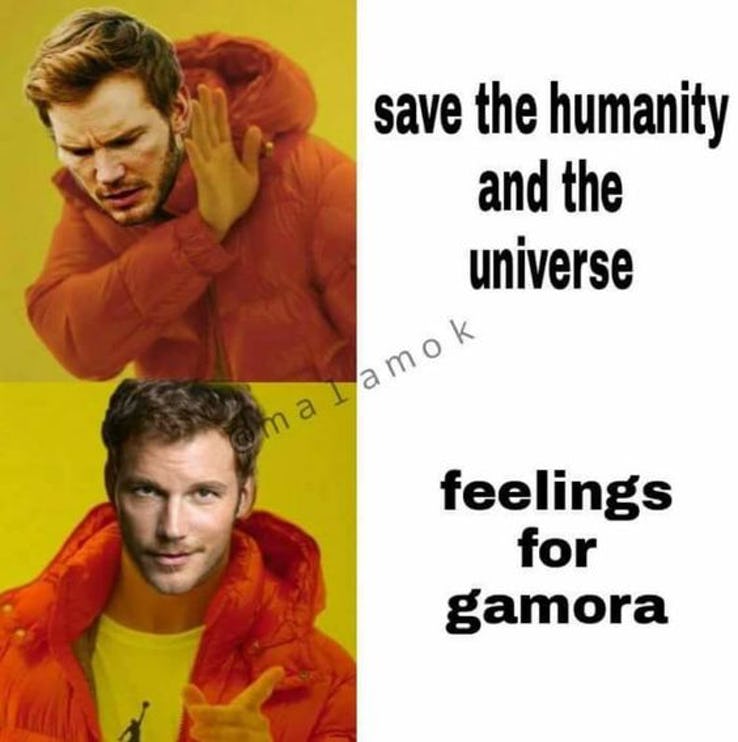 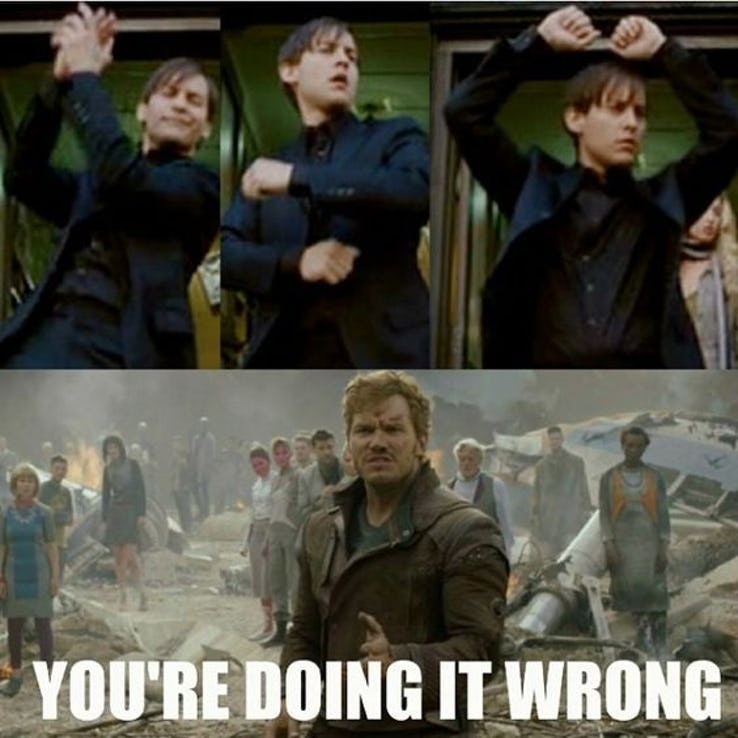 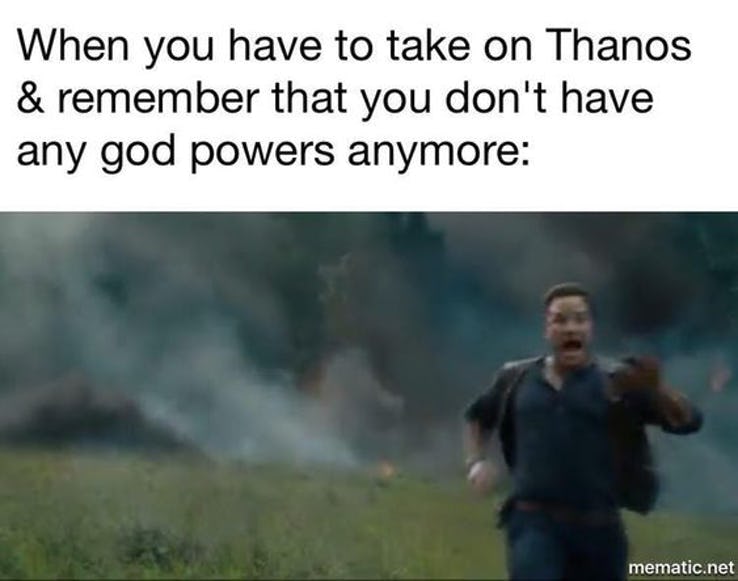 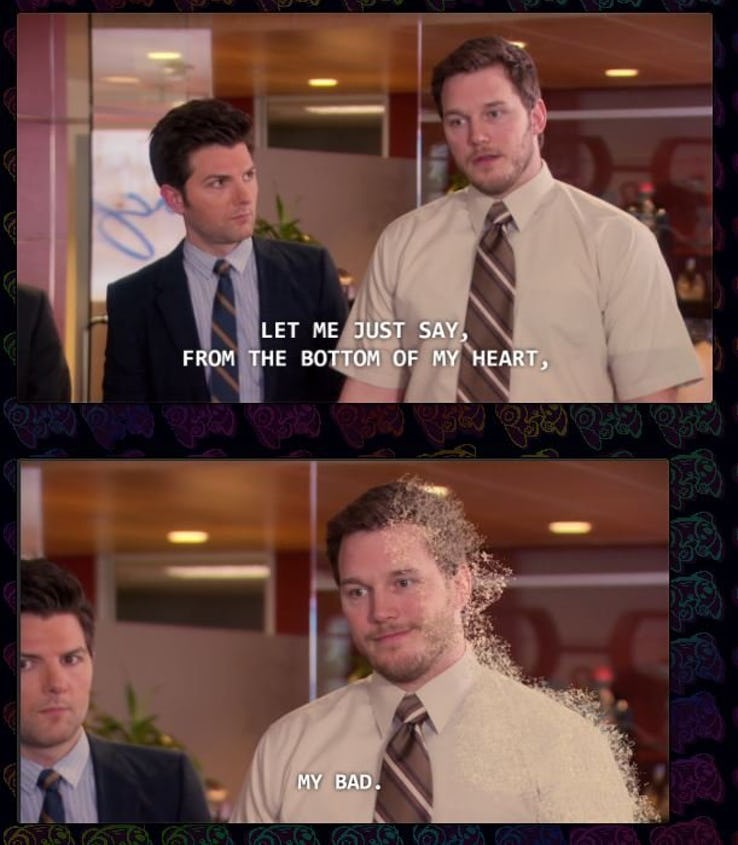 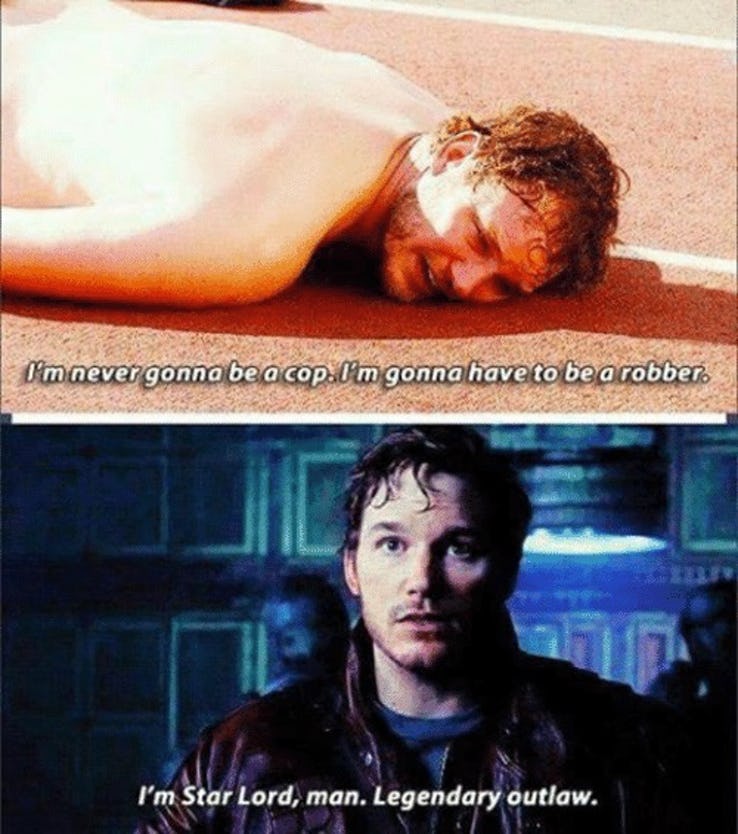 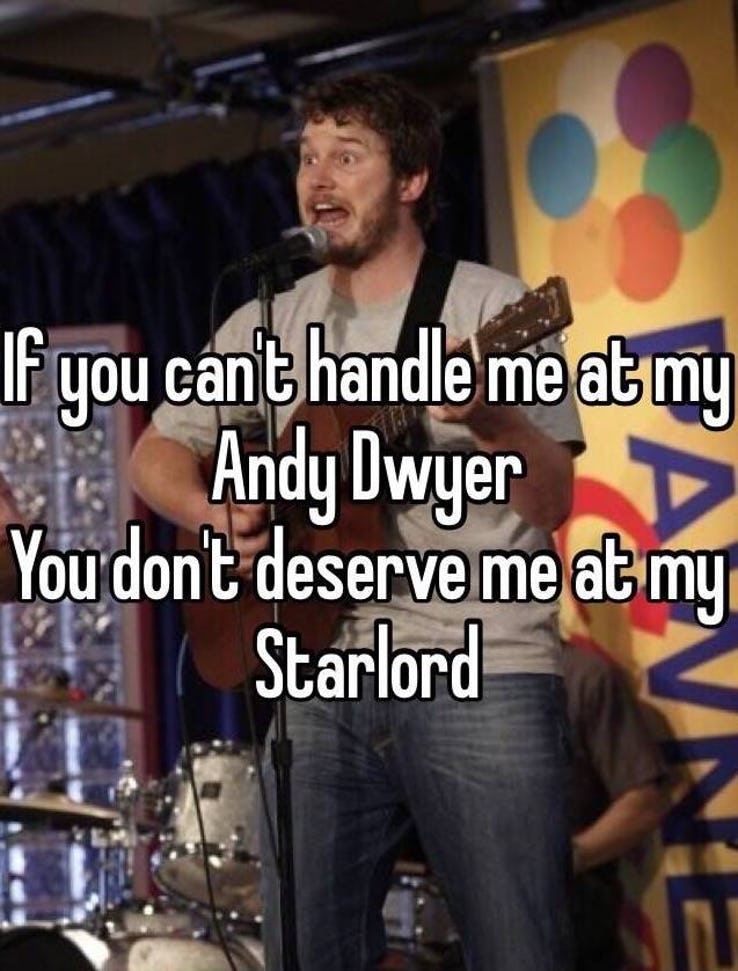