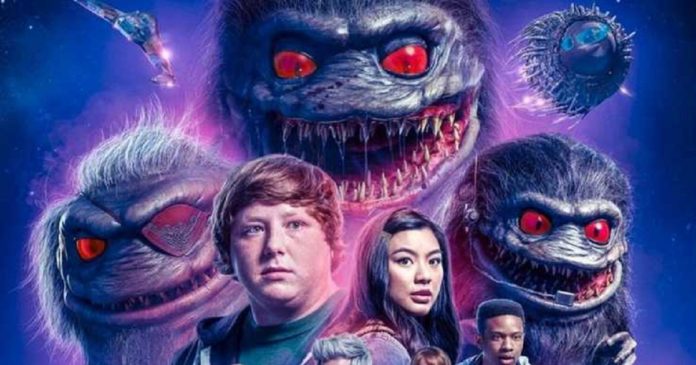 The trailer for Critters: A New Binge has finally landed. This horror franchise has been pretty dormant for 30 years and now this will change as Shudder is bringing back the space creatures in an all-new series. All horror fans do not have to wait very long to see this as the first-ever series set within this franchise as it will arrive on March 21.

The trailer is everything that one could want from a Critters revival, and there are many practical creature effects, cheeseball dialogue, high body count, space bounty hunters and of course, a giant Critter ball which is made up of many violent intergalactic fuzzballs. Peter Girardi, the executive vice president, of Alternative Programming at Warner Bros. Animation, had commented on this: 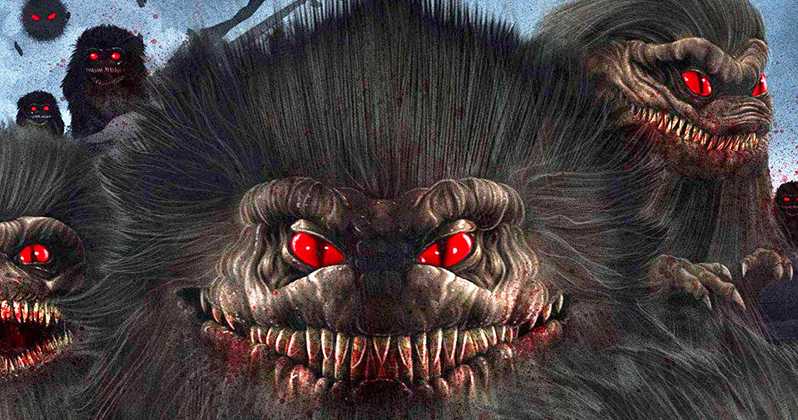 “It’s been more than 30 years since the Critters first landed on the big screen, and we’re incredibly proud to bring this cult classic franchise back to fans. Shudder is the perfect platform for this fun, scary new take on everyone’s favourite, furry extraterrestrial threat. We are committed to delivering Shudder members the best horror content available and this time we are also bringing the laughs.”

Originally, the show had been produced for a different platform Verizon’s Go90 streaming service, and it had then become unclear if it would find a new home once this had fallen through. Fortunately, Shudder, owned by AMC, had stepped in and dropped the trailer on us. This series will have eight short-form episodes and the cast includes Stephi Chin-Salvo (iZombie), Joey Morgan, (Scouts Guide to the Zombie Apocalypse), Kirsten Robek, (The Edge of Seventeen), Bzhaun Rhoden, (Van Helsing), Thomas Lennon (Puppet Master: The Littlest Reich) and Gilbert Gottfried (Aladdin). 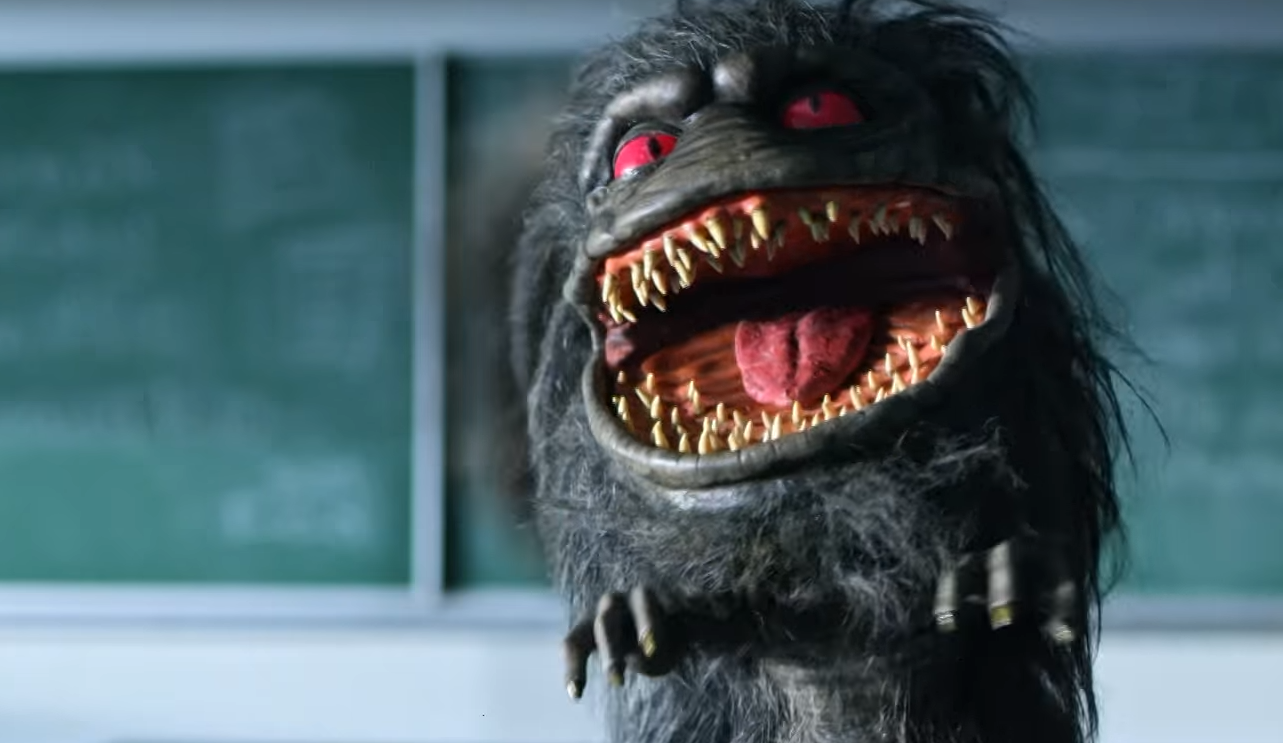 Critters: A New Binge focuses on creatures who are being pursued by intergalactic bounty hunters. They then return to Earth on a secret mission and encounter the highschooler, Christopher, his best friend Charlie, Dana and also his mother, Veronica.

Their past will then come back to bite them, and after the aliens are let loose, it is just a matter of who survives and is eaten. A new poster has been released as well, and this looks like it would be right at home on the cover of a VHS box at Blockbuster. 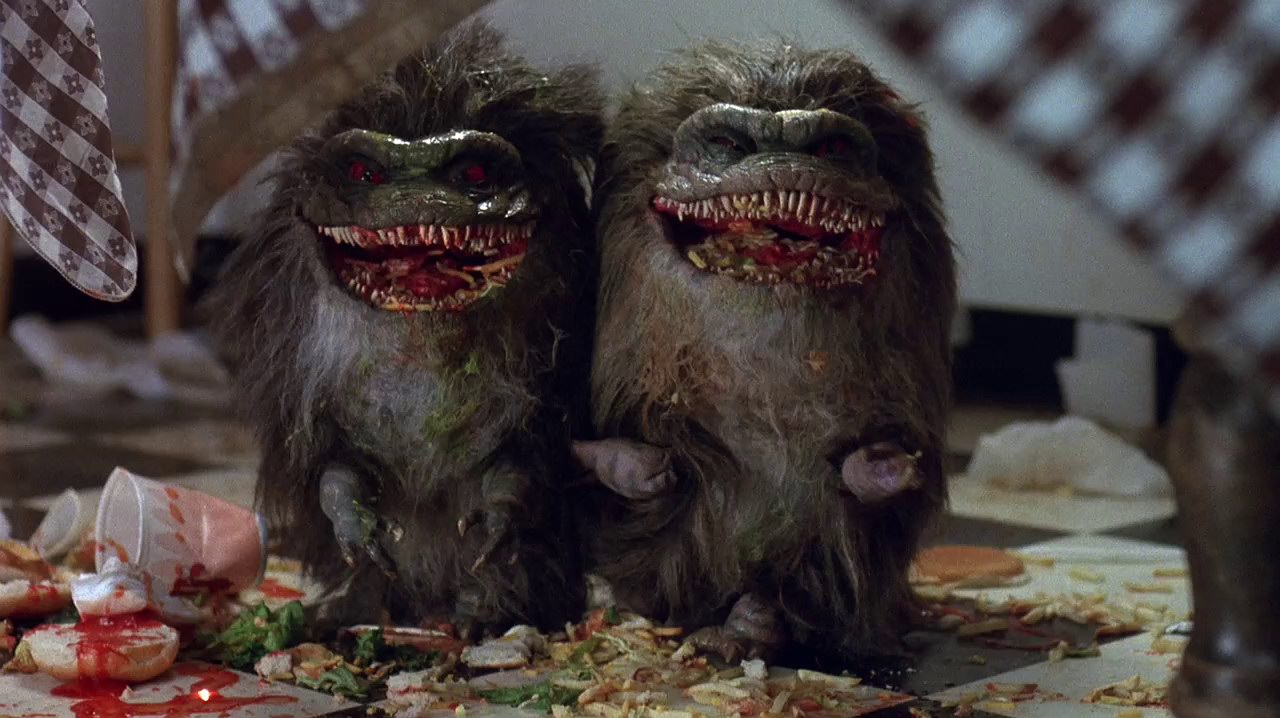 Jordan Rubin has directed this series and is now working from a script from Al Kaplan and Jon Kaplan. This trio had worked on Zombeavers. This is not the only Critters project which in the works and it had been revealed that SyFy had earned the rights to the franchise and is working on producing a new film. The original film had been released in the year, 1986 and had also spawned three sequels, with the last entry, Critters 4, releasing in 1992. 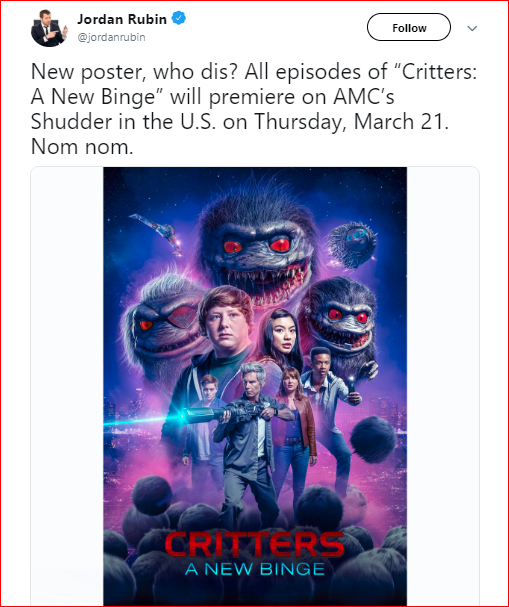 She-Ra And The Princesses of Power Series Has Strong LGBTQ Messages...