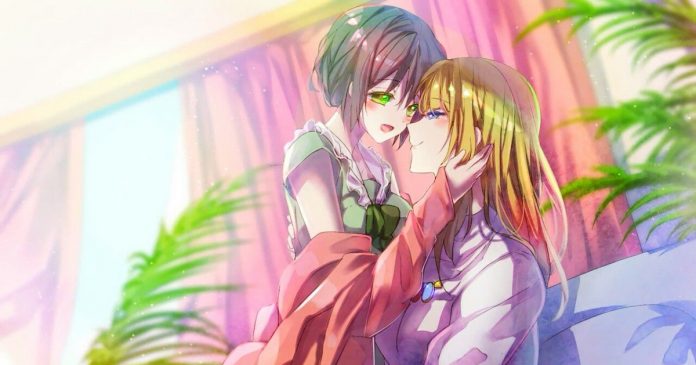 Cross-dressing is the act of wearing clothing that is not typically associated with one’s gender. In modern times and throughout history, crossdressing has been utilized for camouflage, comfort, comedy, and self-expression.

Throughout history, nearly every society has had a set of conventions, views, guidelines, or laws governing how people dress and what is proper for each sex. Crossdressing is a way in which someone may wish to challenge these societal norms.

In many countries throughout the world, it’s acceptable for women to wear men’s trousers and shirts, and it’s not seen as crossdressing. However, there’s still a heavy stigma around boys and men who wish to wear feminine clothing. Let’s destroy these gender restrictions with this list of ten cross-dressing anime! 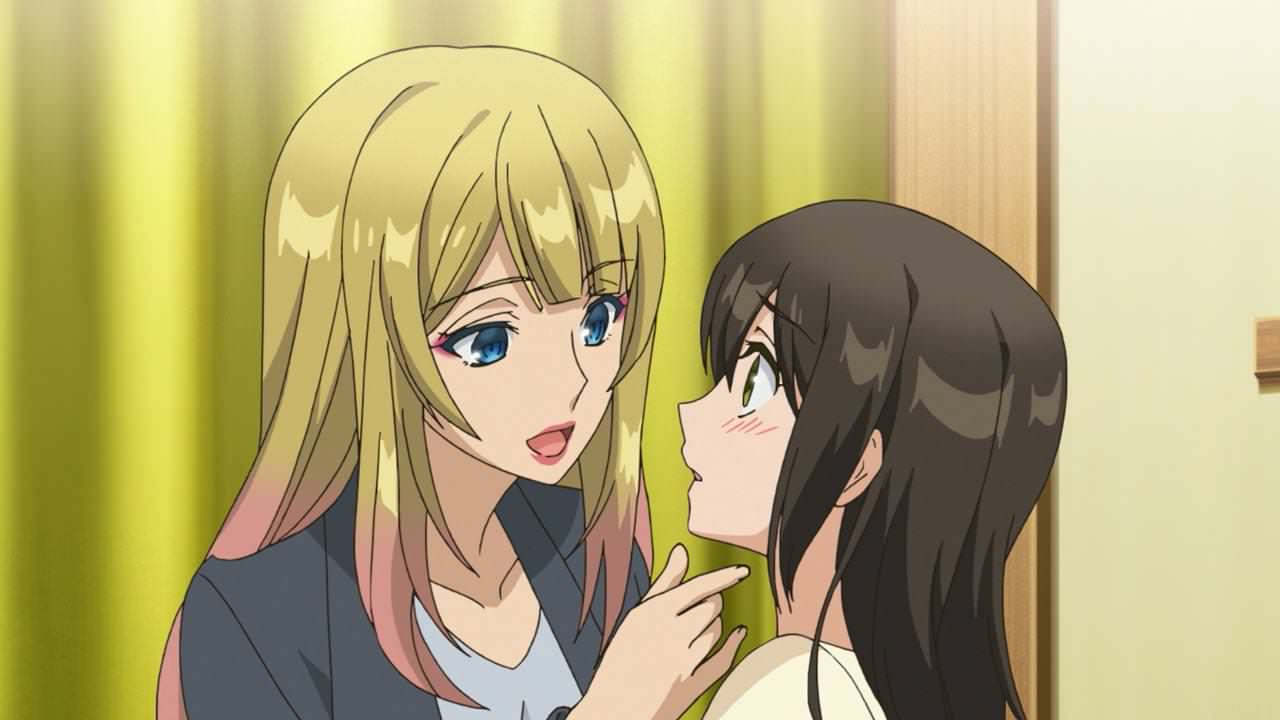 Shizuka Kominami is a shy college student who, despite her bashful demeanor, attends a college mixer. There, she meets Ryou Kirishima, a beautiful, confident woman whom she quickly befriends. After leaving the mixer together, the two spend the night talking and drinking.

But when an inebriated Shizuka ends up at Ryou’s apartment, one thing leads to another, and she finds herself being seduced by her new friend. And what’s more, Ryou is actually a cross-dressing man!

Checking out an anime series with a story of a girl who is uncomfortable around men but slowly falls in love with a guy who crossdresses as a woman is indeed interesting. In the first few episodes, Shizuka and Ryou’s relationship is nothing more than sexual pleasure. True romantic feelings evolved when the two returned to basics. 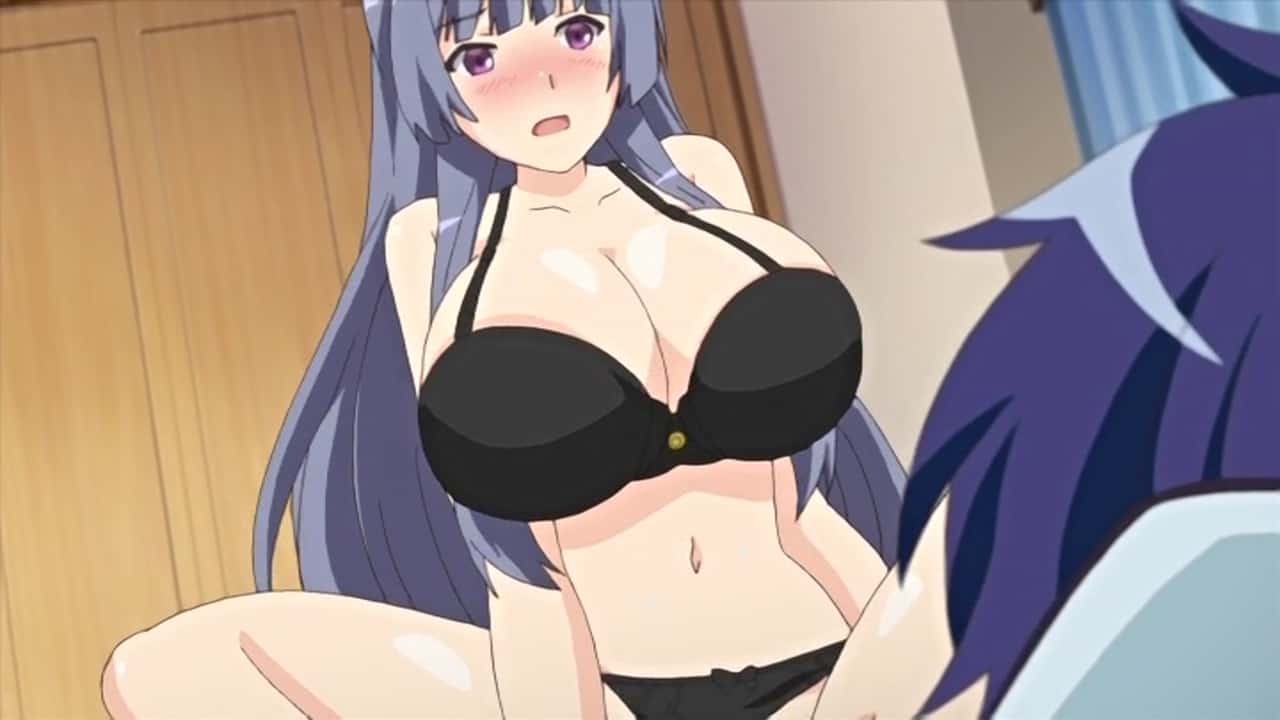 At the protagonist’s school, there is a famous club of girls said to bully and target men, breaking them down with sex until they are like lifeless husks before moving on to the next victim. One rumor says all of them combined have had over 200 sex partners.

One day on the train, the protagonist is able to hear a conversation between college girls and the club girls. Turns out they are all virgins who have never had sex before. Unlucky, or lucky, for the protagonist, he is caught eavesdropping. That is the day they decide to silence the protagonist by finally living up to rumors by making him their target at the club. 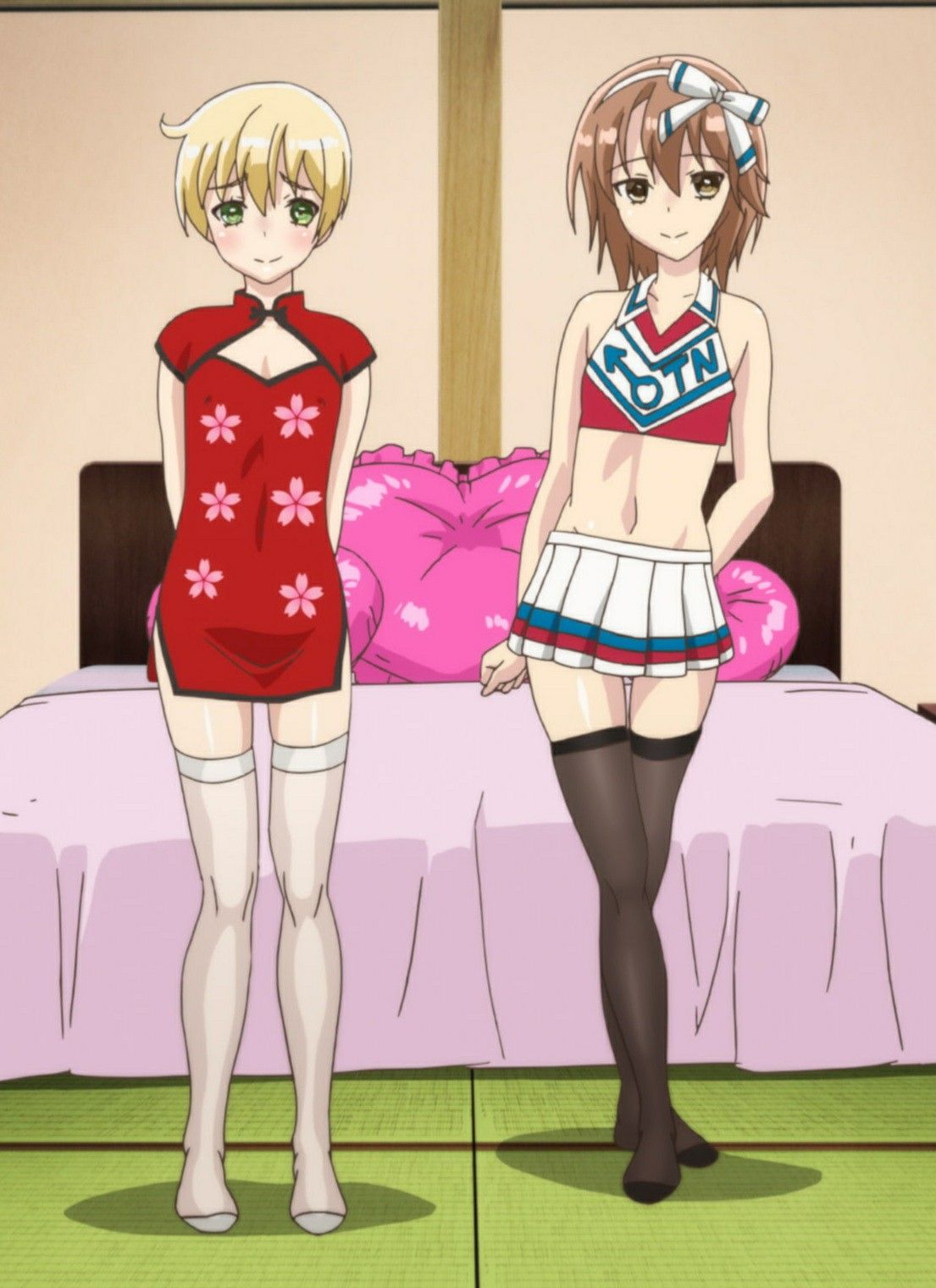 Aoi and Shun are two high school students who share the same secret. They both work as cross-dressing prostitutes! The brothel service they both work for operates on a first-come-first-serve basis. So when Aoi arrives at the location to meet his very first customer, Shun has already beaten him to it.

Aoi goes to confront him the next day about it but is suddenly interrupted when Shun kisses him. He decides to show Aoi the ropes since he’s clearly new at this. After teaching him a few penis pleasing techniques, they go to meet their customer. It’s the same gentleman from the night before, happy to spend an evening with two pretty boys. 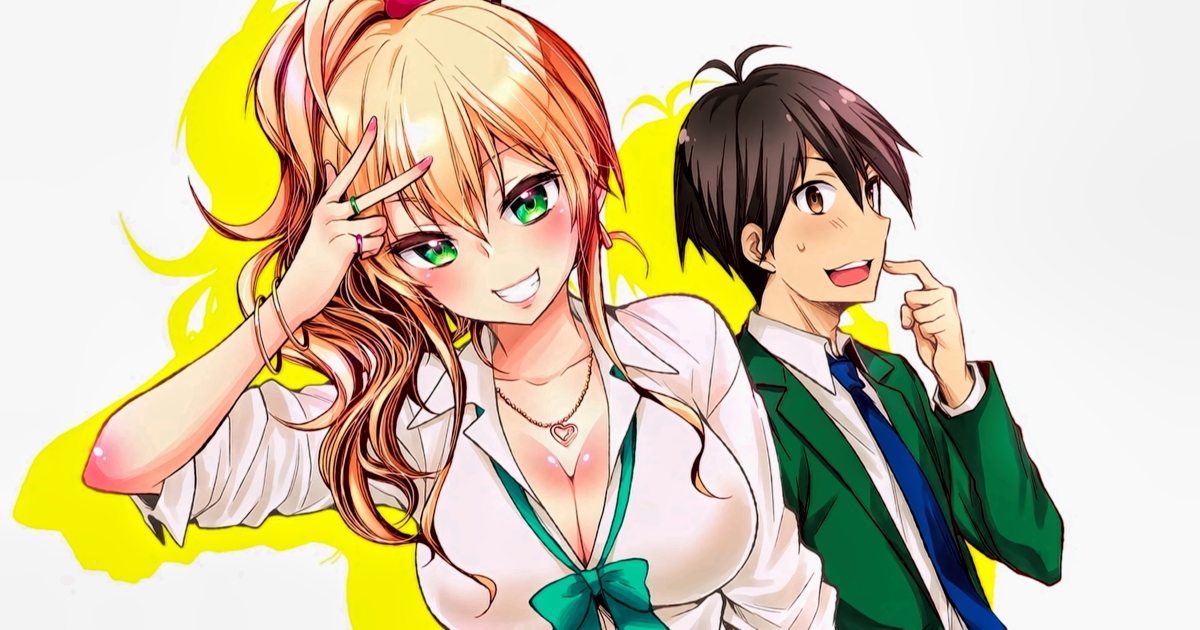 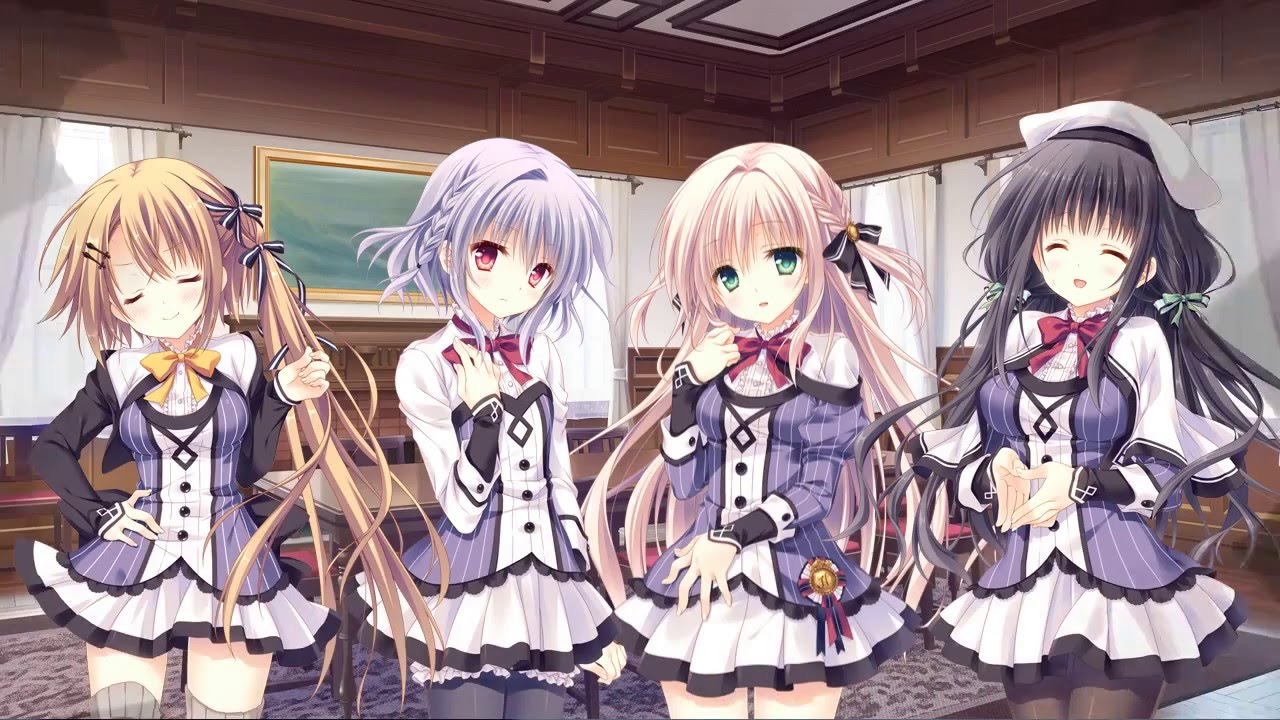 Since the death of his grandmother, Minato now has to work as a cleaner while also attending a prestigious school. His employer and fellow student, Hinata, insists that due to this being an all-girls school, he has to pass himself off as a girl.

He soon adapts to his new way of life. He enjoys getting to know his fellow students while he works; the only trouble is they’re a little too comfortable around him. 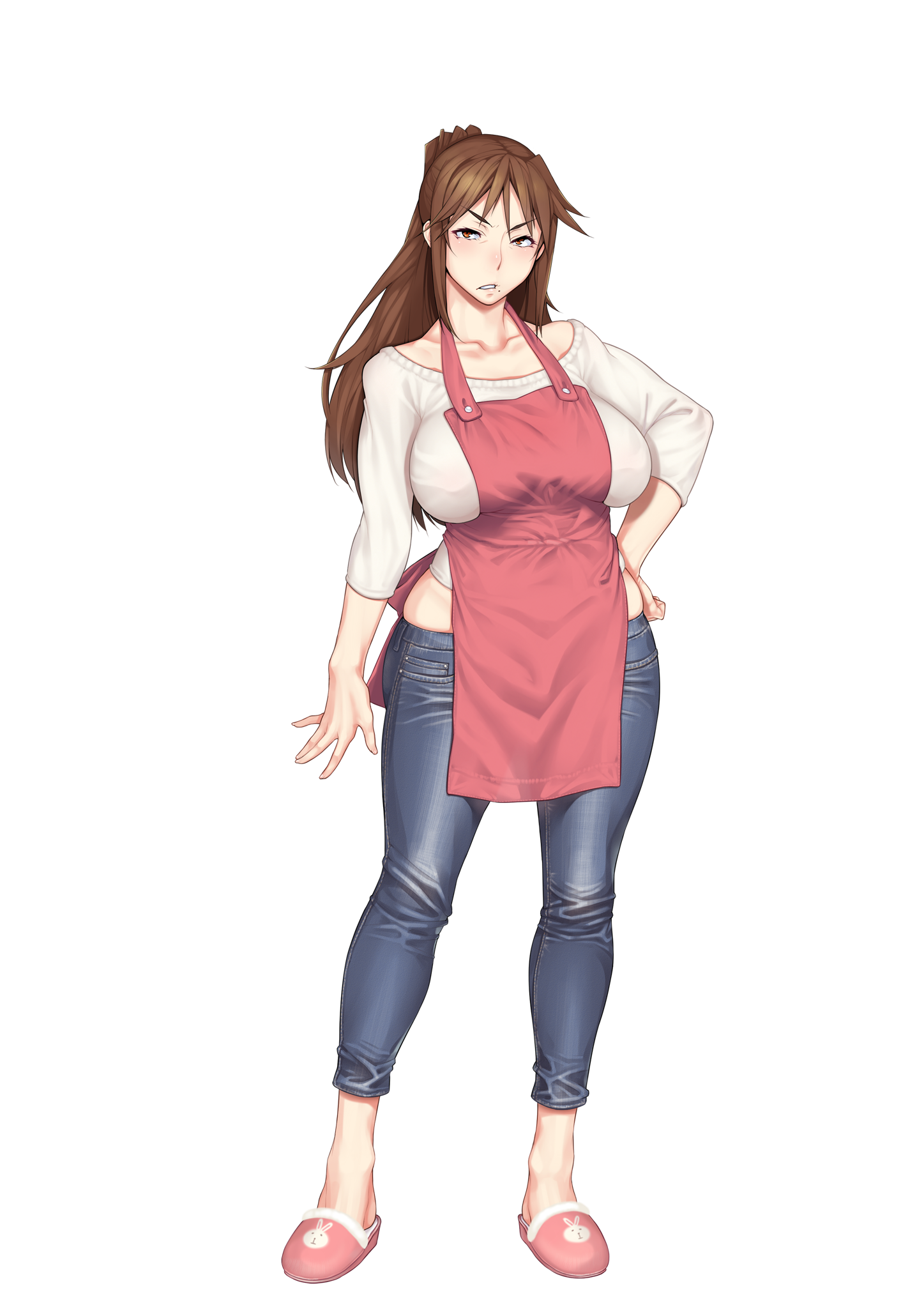 A doting mother, Kyoko, realizes she has sexual feelings toward her son. She starts out just bathing with the boy, but very quickly, she starts craving him. He feels the same way towards his mother but is too intimidated to actually have sex with her. Eventually, her inner pervert becomes unlocked after her son’s friend, Shin, rapes her. 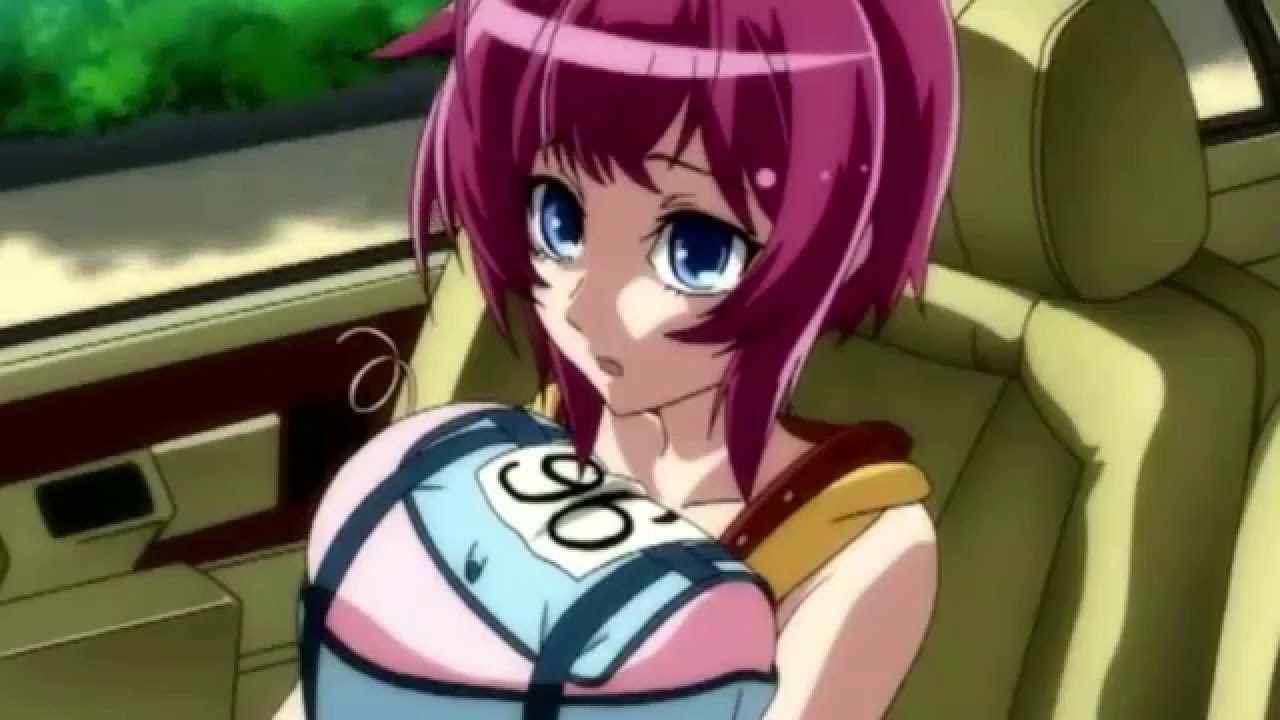 Kuuro-kun is made to take over the debts of his father and forced to pay them off by being sold into servitude as a boy maid. 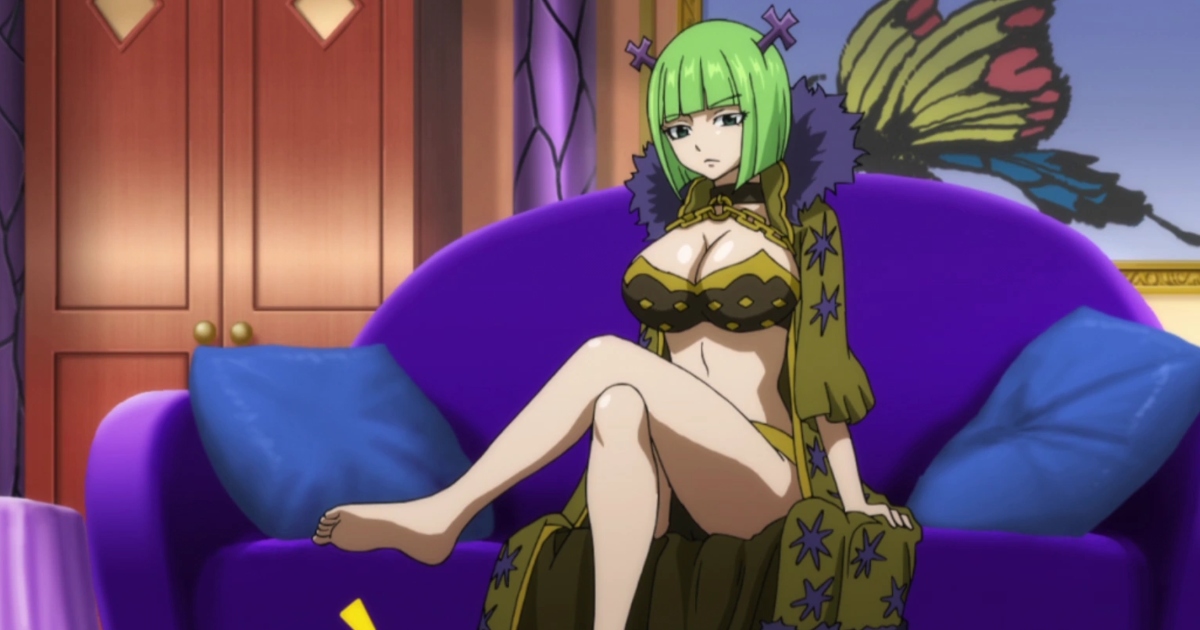 7. Shinkyoku no Grimoire The Animation 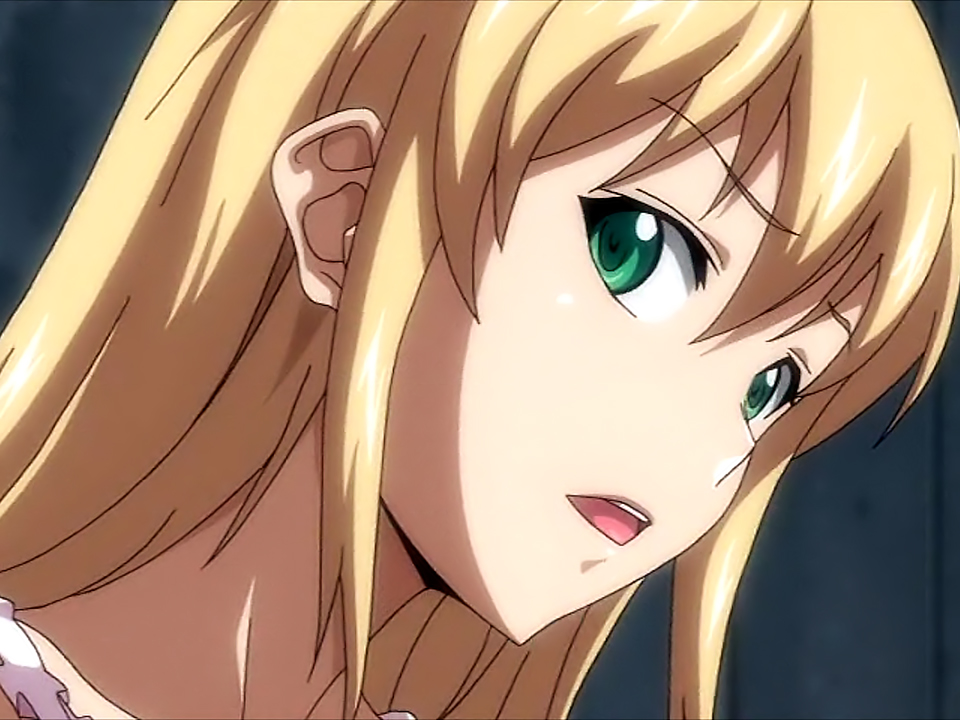 A girl named Eva becomes tempted by the power of the Grimoire of Greed. She and her brother, Adam, work together to collect mana for their dark master by raping people! Adam uses the book’s power to transform his appearance into that of a female. He lures an unsuspecting man into having sex with him.

Afterward, his magically created vagina disappears, and he reveals the surprise hidden underneath his dress. After all, is a boy’s ass really all that different from a vagina? The poor guy is about to find out as Adam climbs on top of him and rides him hard!

We’ve seen a plot like this before, and no matter how many times it’s been done, it’s always an enjoyable watch. It’s fun to see Adam and Eva’s shenanigans after they get power from the Grimoire of Greed, which does exactly what it sounds like, makes them greedy for lots of sex! The sex scenes are extremely enjoyable, and the art and animation are extremely well done as well. 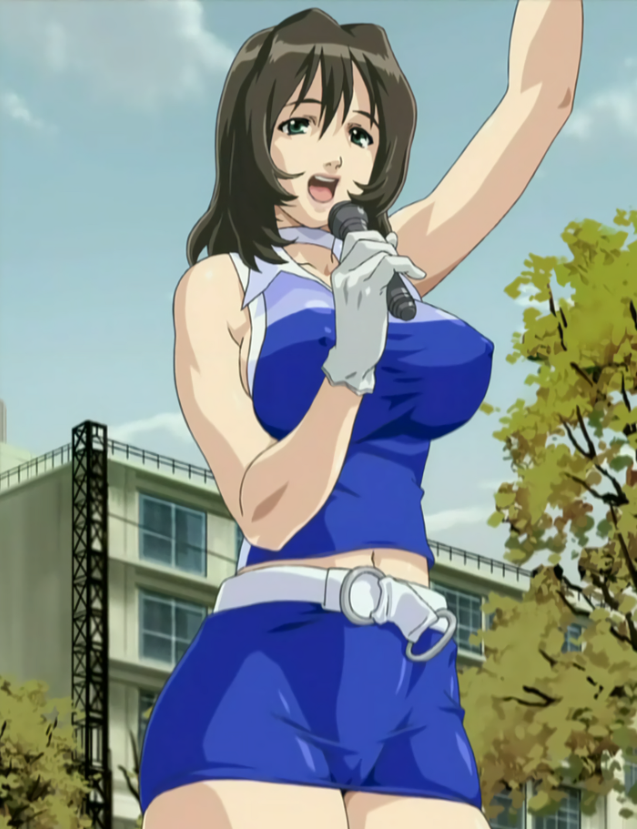 The students are unphased as this sort of bullying behavior is commonplace. One student, Atsasuki, is also on the receiving end of such bullying. After school, two other students force him to dress as a girl and demand that he sexually gratify them. 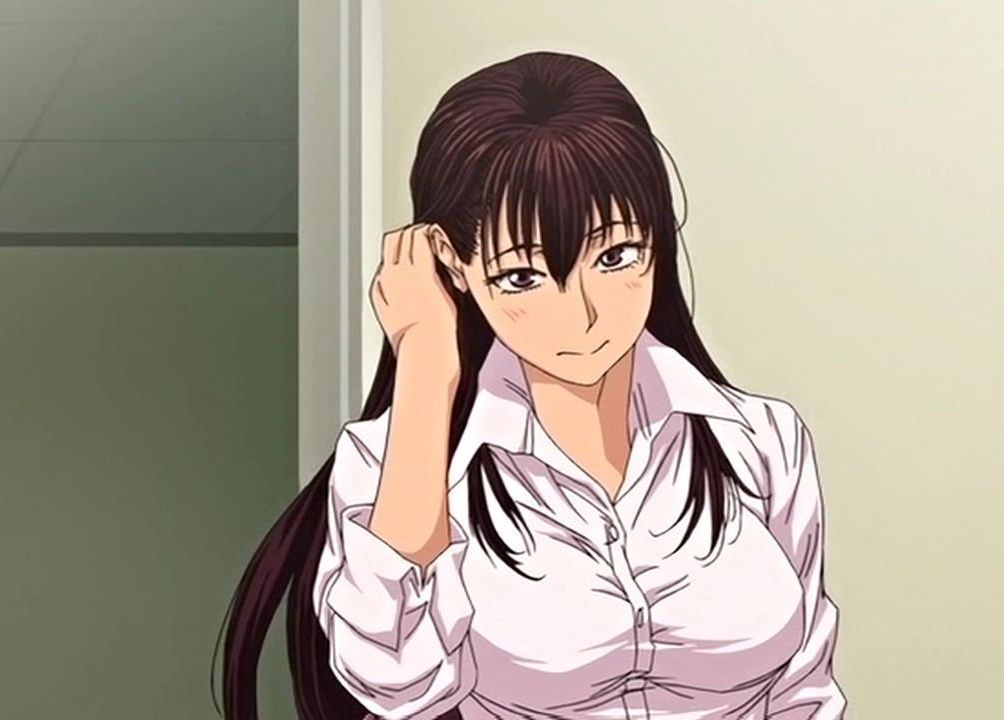 It’s the day before Valentine’s Day, and a smitten high school student is busy in the kitchen making homemade chocolate to give as a gift to her beloved senpai. Suddenly, her older sister, Akira, barges in, violently knocking her to the floor with her chocolate. Akira starts yelling at her sister, calling her a disgusting pervert who gets aroused from dressing as a girl.

Akira lifts up her sister’s skirt to reveal that she’s actually a boy! It turns out that Hiromi has always wanted to be a girl and is incredibly jealous of his sister’s large breasts. 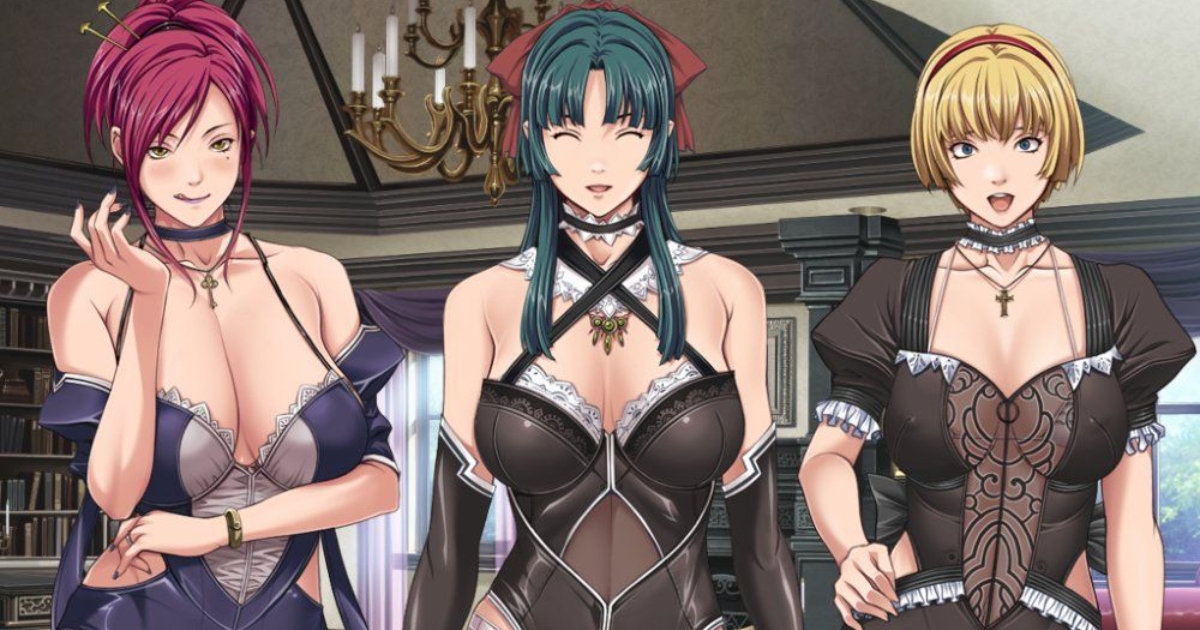 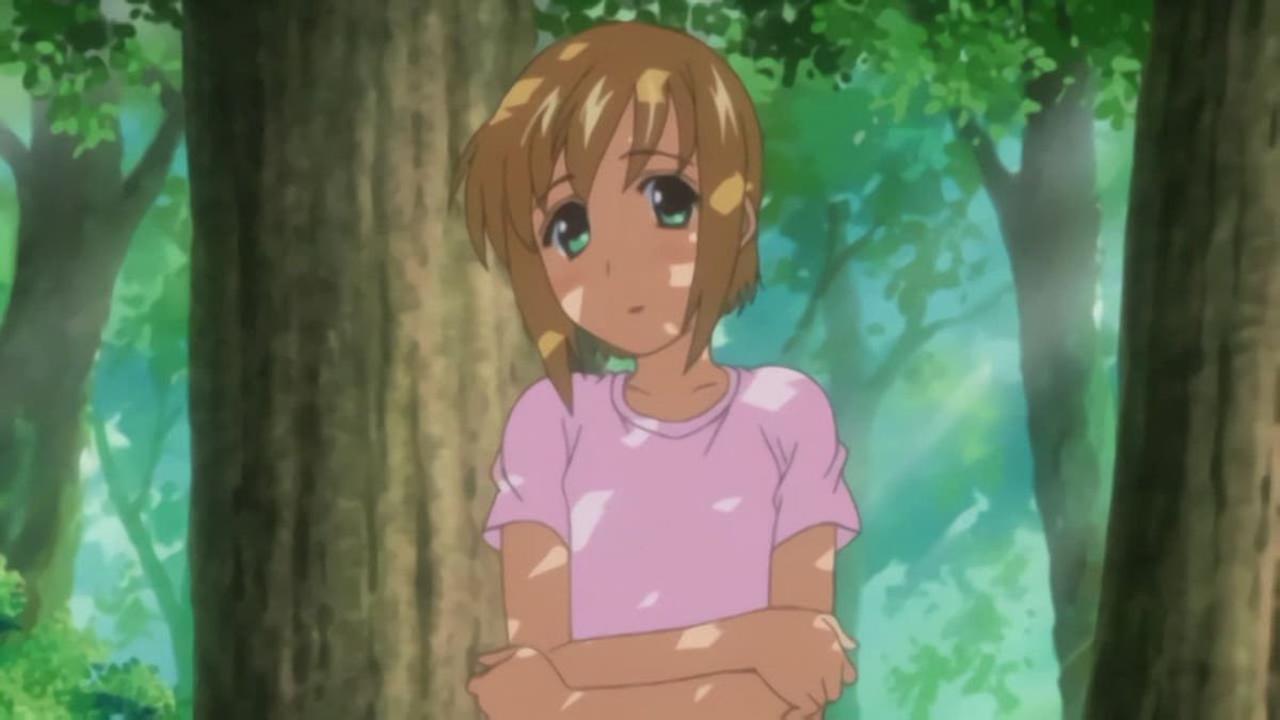 Pico, who is upbeat and effeminate, is spending the summer at his grandfather’s coffee shop, Café Bebe. Tamotsu is a white-collar worker looking for an escape from the mundanity of his everyday life. When they meet at the café, they are quickly drawn together by sparks of love and lust.

Conventional notions of age, gender, and sexuality are broken down as the pair seeks carnal gratification in one another’s company. But do the pleasures of flesh equate to a connection between hearts?