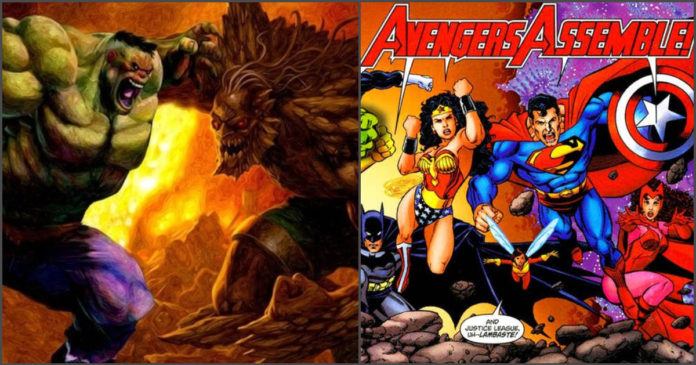 DC and Marvel have for a long time been having a pretty friendly rivalry, and this dates back to when Marvel had started up as a company. The artists and all the writers have changed very frequently, and they ready for trading some barbs with the colleagues and friends on the other side. Through their history, the characters from one comic book house have popped up in the other publishing house. A few of the writers use what we call, crossovers to throw light on a few differences between Marvel and DC. A few other writers carry their characters and give them a new paint. Here we have a list of blatant knockoffs, the cheeky references, and a few unofficial crossovers:

In the year, 1992, the most ground-shaking comic book events had happened- the death of Superman. In the year, 1994, the Hulk was pretty smart, and he had created a VR deck, and in this training session, he then clocks a faceless enemy with one arm that looks a lot like Doomsday. The guy then yells, “DOOMSD–urkh!!”.

2. THE FLASH BEATS EVERY SPEEDSTER AT MARVEL

In the year, 1985, DC had published a very defining work- Crisis on Infinite Earths. Thre was a crossover event that covered the DC Universe, and we saw Anti-Monitor trying to devour the multiverse. The Flash, Barry Allen had then sacrificed himself for stopping this plan. After 5 years, one of Marvel’s Elders of the Universe, the Runner had gathered all the speedsters in the Marvel Universe for a Race, and one competitor wore a tattered red and yellow costume, and his name sounded like “Buried Alien.” 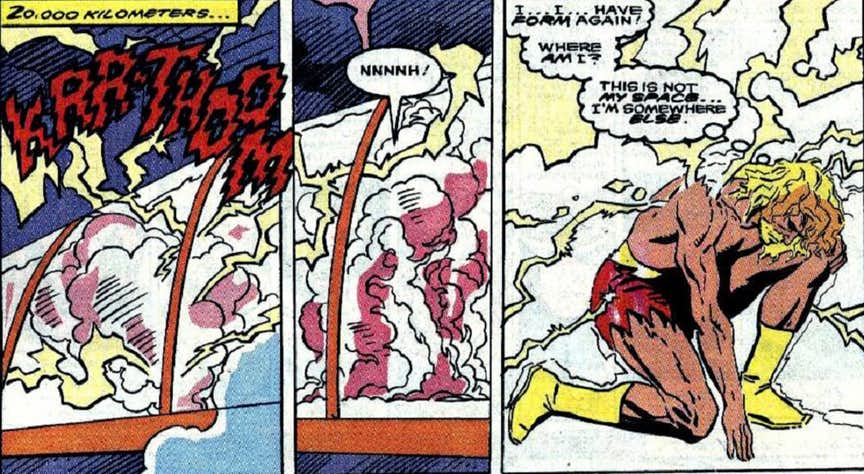 3. DOCTOR DOOM AND WOLVERINE ARE KILLED IN JLA

In the year, 1996, Grant Morrison had launched a reboot of the Justice League, JLA and this was a more classic form of this team.

Here, the White Martians who are trying to take over the world. The League tries to stop them, but not before Martians then execute may supervillains and one anti-hero. Two villains executed are Marvel’s Doctor Doom and Wolverine.

In 1991, Rob Liefeld and Fabian Nicieza had created a character that exploded in popularity – Deadpool. In the year, 2006, Kelly then wrote a Superman/Batman annual, and here, Deathstroke tried to kill Bruce Wayne on a cruise ship. Throwing a wrench is a zanier, Earth-3 version-Deathstroke. Complete with his tendency for cracking wise, the Earth-3 Deathstroke is interrupted while tries to introduce himself- “Dea-AAAAAAAAAAAAAH.” 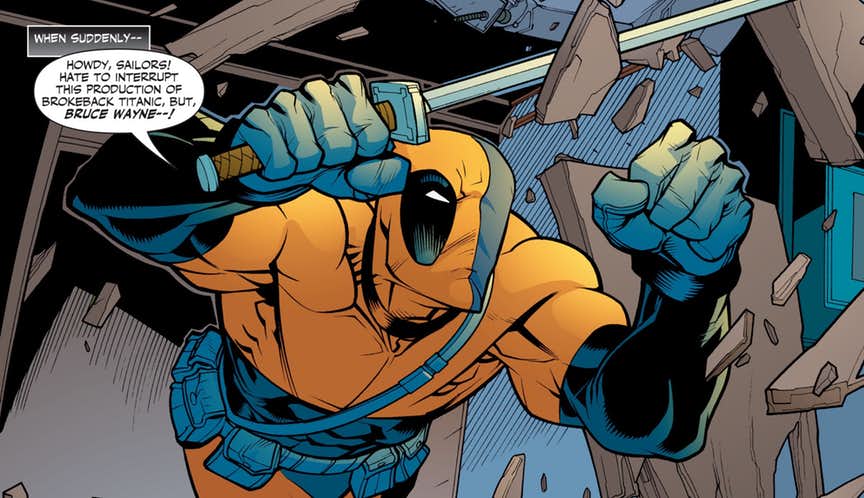 Clark Kent is the alter ego of Superman and in spite of looking normal, the design became pretty iconic, and since Marvel could not use the real Superman, they slip Clark into a few of their stories.

His debut appearance saw him bumping into Thor, and then Thor and Nick Fury had commented on the flimsy disguise. Clark Kent then appeared in many comics. 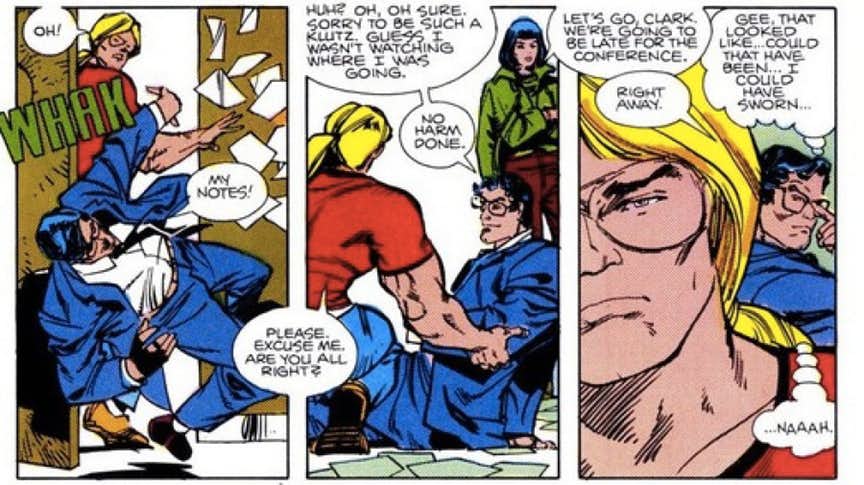 While it is not the very first of the kind between the two comic books companies, it was one of the longest in the making. The editorial disputes had led to a crossover that fell through. It sat on ice for almost 20 years, and in 2002, the companies reached an agreement, and it was written by Kurt Busiek, the writer of Avengers. Mark Waid (writer of JLA) was also supposed to co-write, a few obligations made him leave, and the series was released in the year, 2003.