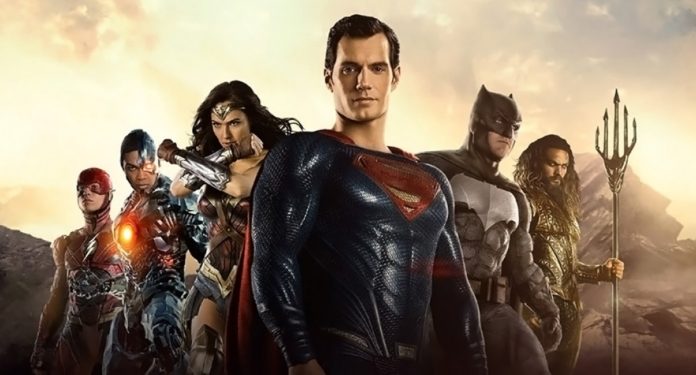 We can all agree that things usually get pretty crazy when Mr Mxyzptlk enters the scene, but who really knew we would get a new team of Justice League out of all this?

SPOILERS FOR Justice League #19 AHEAD

In DC’s latest issue, the Justice League had to go to Mr Mxyzptlk for help regarding their quest to stop the Legion of Doom and the ancient power, Perpetua. Mxy then tells the team that the key does not lie in the 5th dimension, but rather is hidden in the 6th dimension, which is a place that only some individuals can access and even survive. 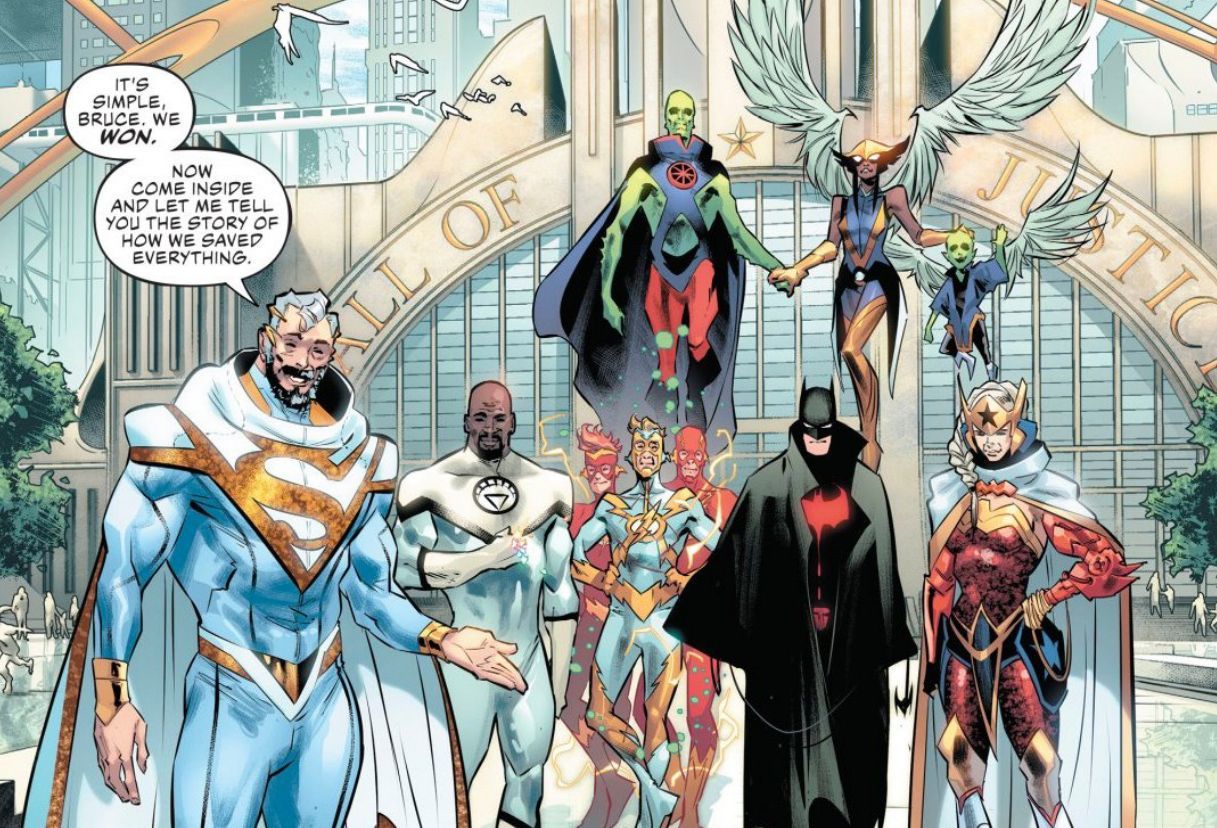 Mxy then thinks that the 5th dimension energies that the Man of Steel had absorbed over the years can actually protect him, and he then opens a portal and Superman goes through.

The League expects this to take a while, but soon they hear a knock at the portal’s door and a grey-haired Superman with a white-and-gold suit walks in, and also reveals that he has been gone for 10 years.

He then says that he has found a road among billions that can actually save the entire universe and also asks the League to join him to see this. Many League members get in, and they see a 6th dimension version of the Justice League. 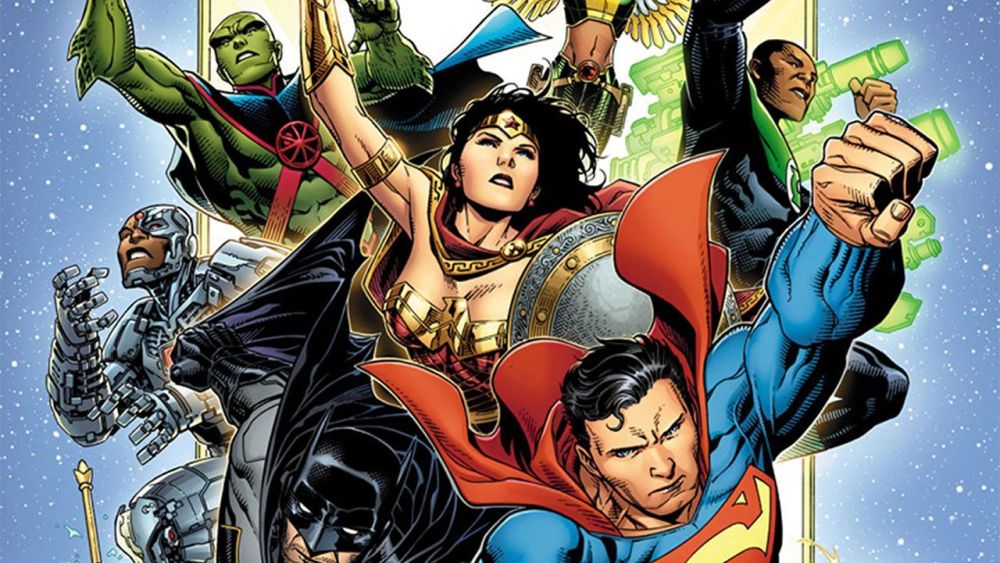 Other than Superman, The Flash, Green Lantern John Stewart, Wonder Woman, Batman, Martian Manhunter, Hawkgirl, and what seems to be their son are sporting a few new looks. Stewart is seen wearing his White Lantern outfit, and the Flash is made up of three individuals and also has a white-and-gold getup.

Batman is seen having a black-and-red look and has a trenchcoat version of his cape. Wonder Woman is wearing an all-new white-and-gold robe and Hawkgirl and Martian Manhunter are holding hands and also have new looks. Their son has wings like Hawkgirl but looks like Martian Manhunter.

Justice League #19 has been written by Jorge Jimenez and Scott Snyder with pencils from Alejandro Sanchez and Jimenez. This is the official description: 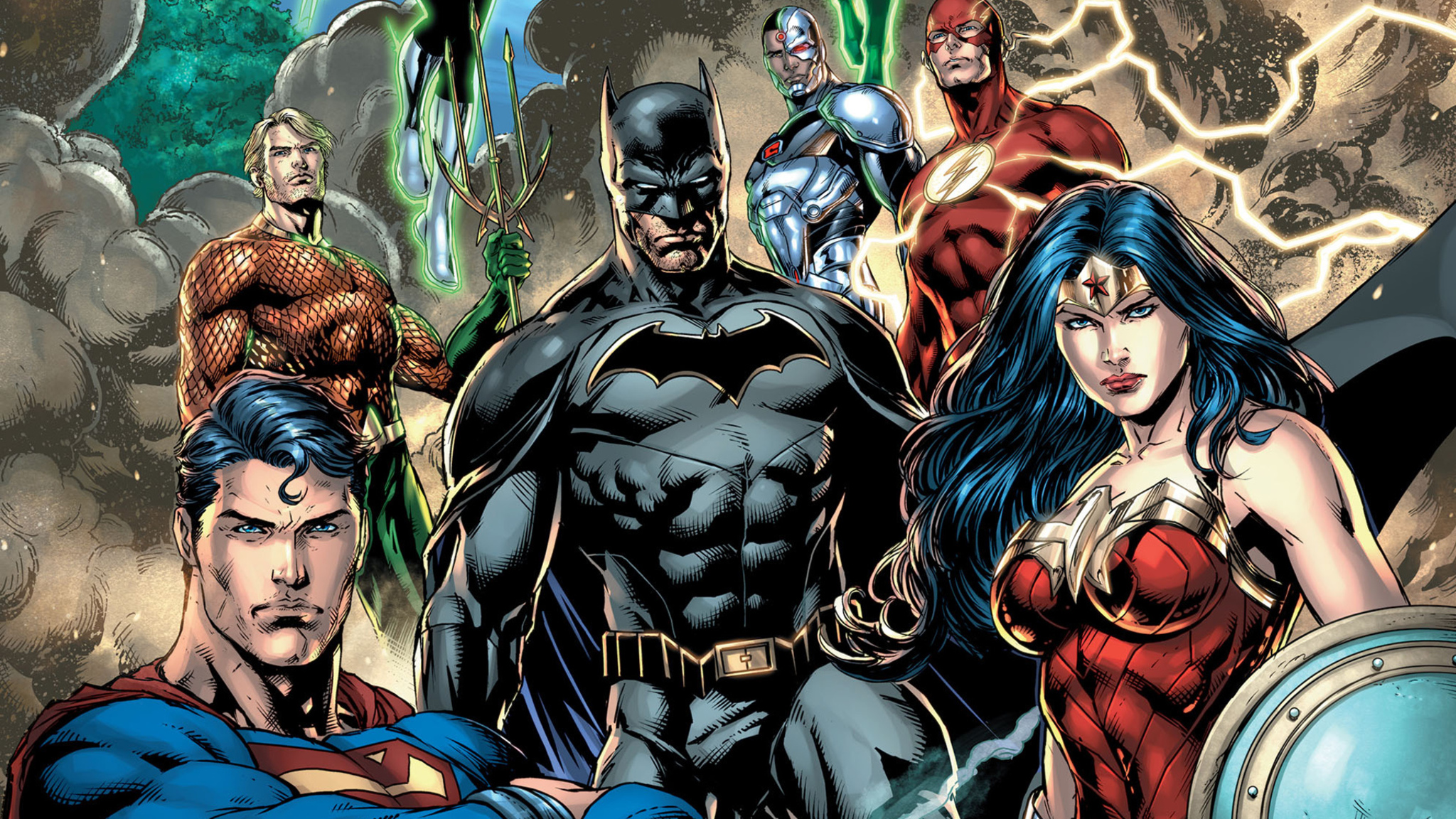 “The Sixth Dimension” part one! At last, the Justice League has the map to the Sixth Dimension in hand—and with it, they have the key to saving the Multiverse from utter destruction! But things aren’t as simple as they seem, because they still need to get to the doorway—and to do that, they’ll have to go through the only being in all of existence who can get them there: Mr Mxyzptlk!” 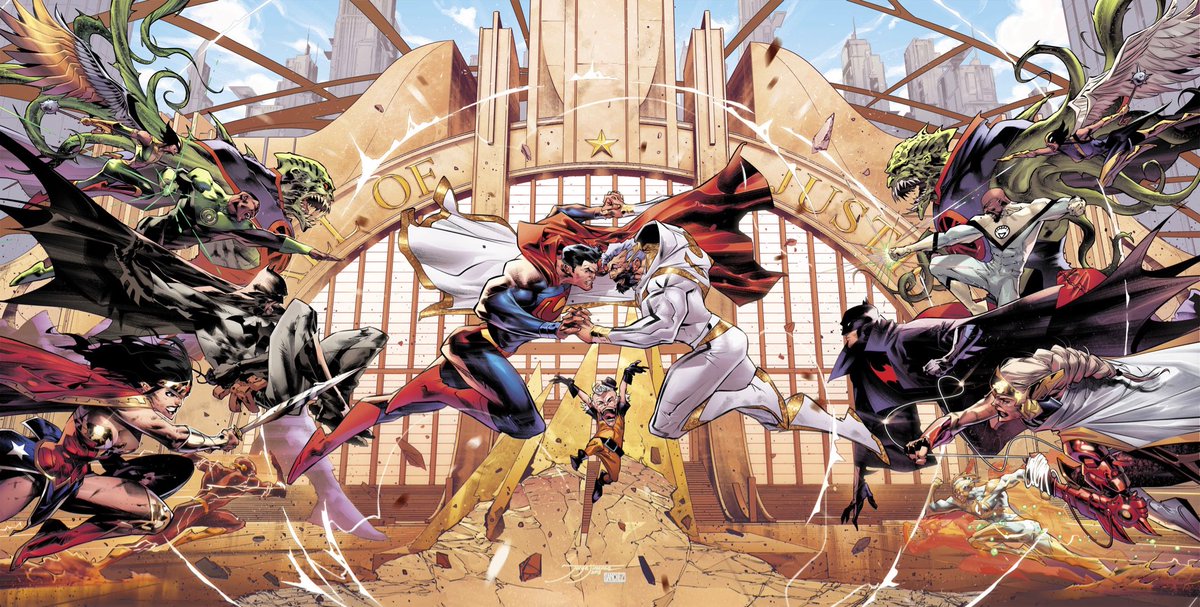 Here Are The 7 Films That Have Been Planned For MCU’s...