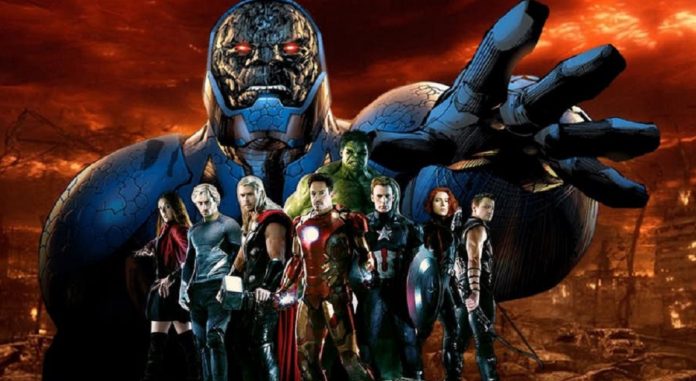 Right from the time they were introduced, the Marvel Cinematic Universe’s Avengers have been successful in defeating their enemies. The team comprising of Hulk, Iron-Man, Captain America, Thor, Black Widow and backed by other heroes like Scarlet Witch, Black Panther and Spider-Man have plenty of superpowers on their side. Barring Mad Titan Thanos, nobody could overwhelm them. However, the DC Comics have some incredibly powerful villains. Some of them come from far away planets, alternate dimensions and also others who are capable of altering the reality itself. In case, The Avengers were tasked with protecting Earth One and without the support of the Justice League, here are six supervillains who would have easily defeated them.

The Anti-Monitor is the leading villain from one of DC’s most iconic crossover event, Crisis on Infinite Earths. The story showed The Monitor who supervises the numerous universes in the Multiverse, declare war against The Anti-Monitor, who plans to destroy the maximum number of universes. He is a gigantic threat for the cosmos and has killed way more people than any other DC villain.

The Anti-Monitor has a vast number of devastating powers and the most prominent among them is his ability to soak in the energies around him. He has been known to have sapped the energies of whole universes. His cosmic powers are unlimited, and the Avengers, who are mostly human won’t stand a chance against someone who has usurped thousands of universes. 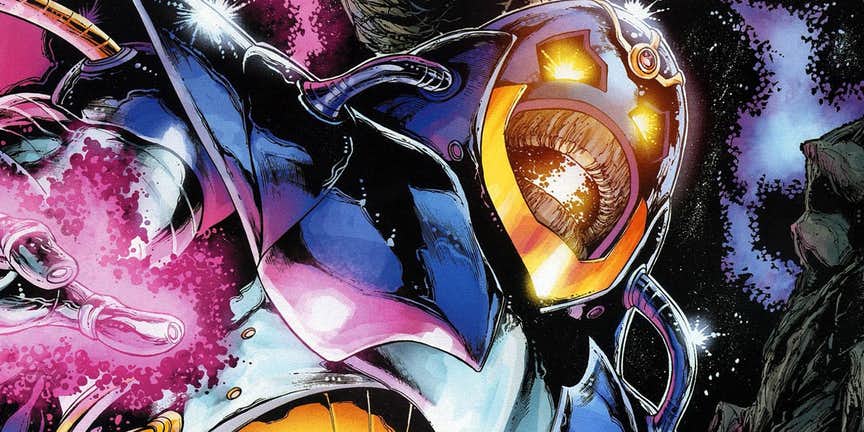 There are not many who have taken on Black Adam. He has exchanged blows with the Superman, mocked the famous wizard Dr Fate, and almost equalled Jay Garrick in speed during a fight. Adam was hit by Power Girl’s laser vision, but, even with his gold armor melting around him, he not only survived but, also kept fighting.

In the World War 3 narrative, he killed millions of innocent civilians of a country called Bialya, while he was enraged with his wife’s death. On one occasion, the Justice League of America, Justice Society of America and the Teen Titans had to join hands to overpower him. He has godly stamina, speed, strength, intellect, power and courage. The Avengers won’t be able to stop him at all. 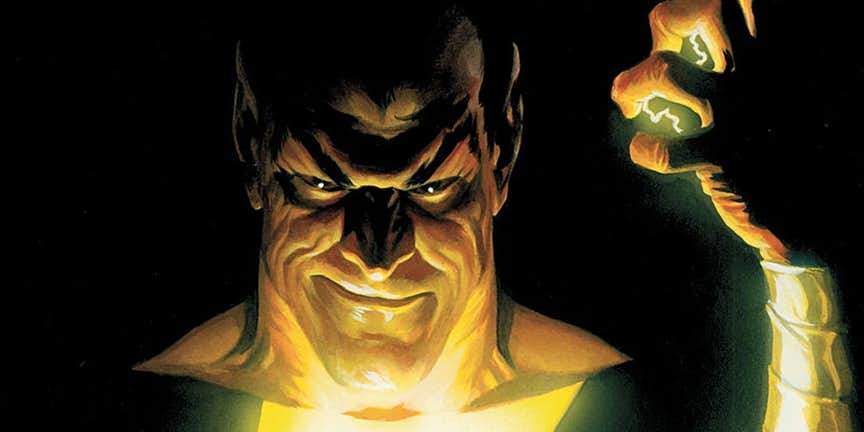 Here is a guy who knocked out reality. The Superman from Earth Prime, a planet where the DC heroes are comic book characters, managed to wreck years of reality with a solitary blow. Superboy Prime’s powers were revealed much later in his life when a comet flew close to his planet. After the Anti-Monitor caused destruction of various universes in Crisis on Infinite Earths, Earth Prime was also destroyed in the process. Superboy aided the heroes in defeating the Anti-Monitor, but, he held a grudge.

He thought that Earth One, the core Earth of DC was not the right planet to protect, and wished it to be Earth Prime. With the powers of Superman, he is quite devastating, and we don’t see the Avengers being able to do something that was nearly impossible for the entire set of DC multiverse heroes. 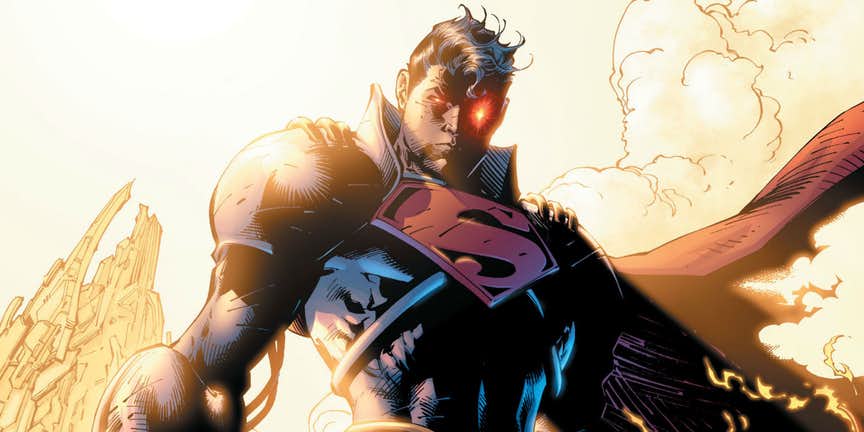 The savage Apokolips ruler, Darkseid is a cosmic dictator who only wishes to wipe out life from the universe. He has powers that ensure he doesn’t age, has super-human strength and is capable to simultaneously defeat Wonder Woman and Man of Steel in combat. In fact, he has been able to battle the whole Justice League and was defeated only because they managed to teleport him far away.

He unleashes devastating Omega Beams from his eyes, and he can change the force and trajectory of the beams which allows him to redirect them on to his target. Darkseid is deadlier than Thanos, and he will certainly wreck the Earth’s Mightiest Heroes from Marvel. 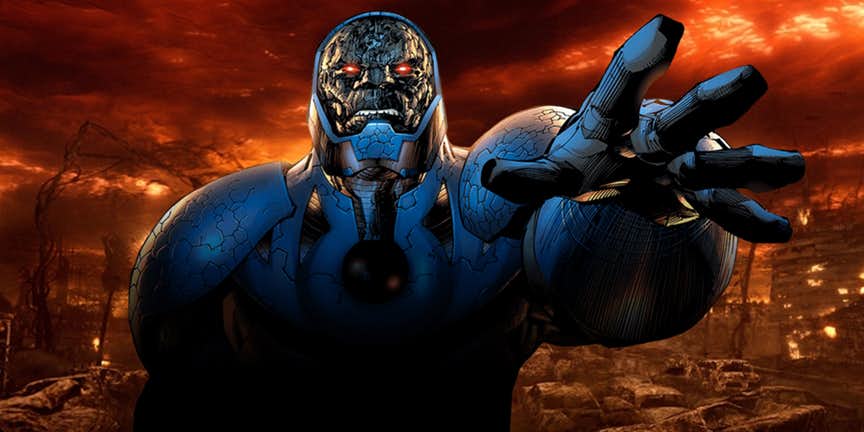 Even though, Eobard Thawne is not the only person to be called Reverse Flash, but, he is certainly the best. Coming from the 25th century, Thawne was a scientist who focused only on The Flash and his powers. He managed to recreate the scenario wherein Barry Allen got his powers and acquired the same powers as The Flash. He can travel at light’s speed, phase through objects and travel back in time.

His expertise of future tech would be something beyond even Tony Stark, as Eobard is also a genius scientist. He is capable of moving faster than Thor or any other Avenger. He would slice through the War Machine’s armor and pluck his heart out. In fact, he might even go back in time and kidnap the Avengers when they were kids, ensuring that the team never comes together. 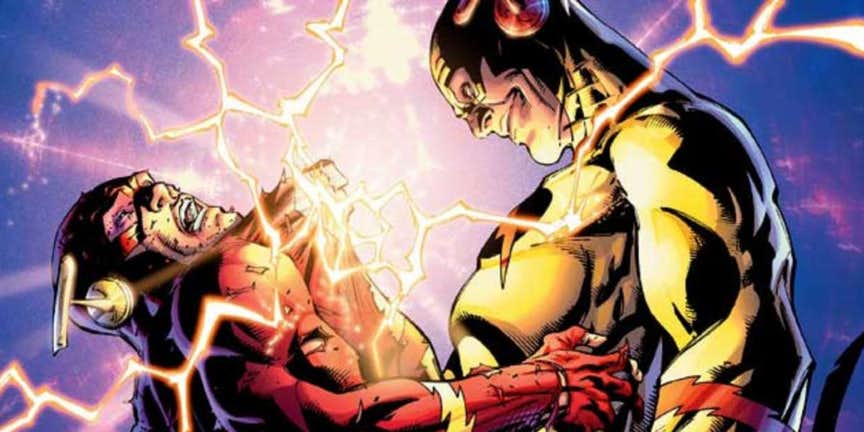 Doomsday is the monster that murdered Superman in Death of Superman, and he was created to be a tool of destruction. He is incapable of flight, but, he travels long distances by leaping over long distances like Hulk. He managed to get hold of the Flash when the speedster was moving. He had nearly destroyed the Justice League, despite being partly restrained. He once defeated Darkseid in combat and killed Superman nonchalantly. That is bad news for The Avengers because he would simply destroy them without breaking a sweat. The Hulk might pose him a brief challenge, but, Doomsday would turn him into Bruce Banner and then kill him. 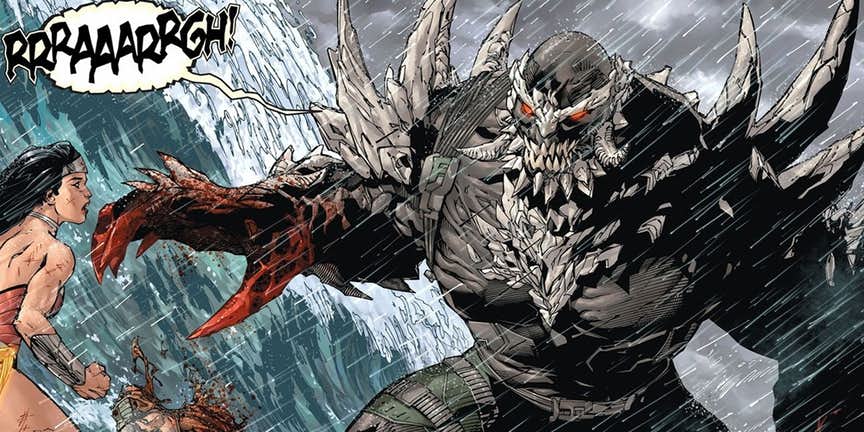