Geeks on Coffee Home Of Geeks & Nerds
More
Home Comics DC’s Injustice Has Given He-Man The Ultimate And Most Powerful Upgrade. Here’s... 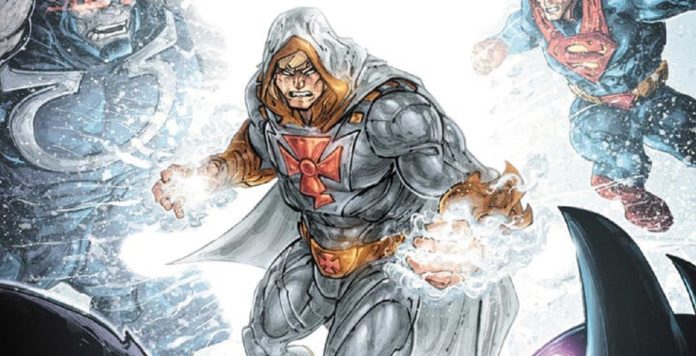 DC’s latest He-Man/Injustice crossover has now thrown the Masters of the Universe franchise into a huge spotlight when they finally came up against the likes of DarkseidSkeletor and, Superman.

As much as all the fans have enjoyed seeing the Dark Knight leading his Resistance-now many boasting allies from Eternia- most of the heavy-hitting done by Prince Adam and the heroic identity of He-Man are in the picture. After destroying Darkseid,  he had been depowered and at the hands of Superman who had been ready to reset the multiverse. But in the last issue, He-Man had saved the day. 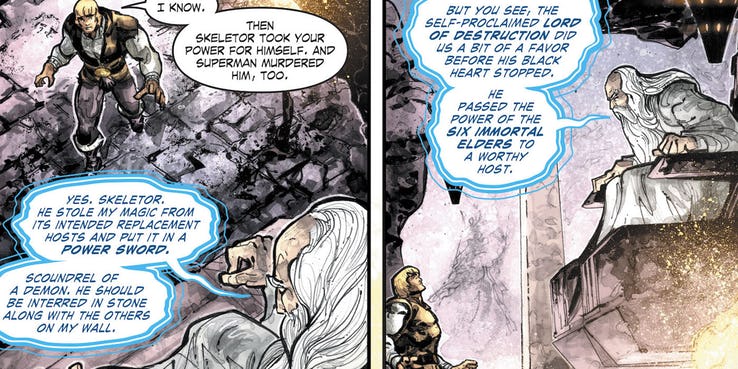 When Superman had taken Adam to Nexus of All Realities, it was because he had wanted to use him for harnessing the power of Grayskull. Using the castle’s Orb, Sword, the Anti-Life Equation, Kal-El realises he cannot undo the events of the past. There is just one way to save the whole universe, and that is to control it. This would mean Superman had to kill Grayskull’s avatar so that the power will then flow through him, but as he is about to kill Adam, the young hero gains his consciousness and is transported to Rock of Eternity.

There Shazam, grants his might to Adam, as he knows that he is worthy. Shazam is then upset that Superman had killed his last avatar, Billy Batson. But when Skeletor had died, Shazam’s powers had returned to the Rock, and the wizard had made a decision to save creation by making Adam his ultimate champion. 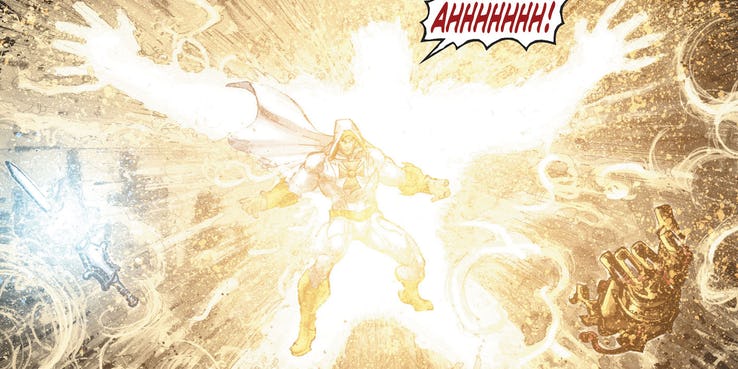 RELATED: Director Of DC’s ‘Shazam!’ Reminds All MCU Fans Of The Original Captain Marvel. Here’s What Had Happened

Adam then says the word, “Shazam!” in the real world, and he transforms into his most powerful form ever: A mix of He-Man and Shazam. Seeing magic as Kal-El’s weakness in the Injustice realm, Superman then dies, and the Black Racer takes Supes to afterlife. Knowing that the power is way too much for one person, He-Man relinquishes every source back to its host, powering back up Shazam and Grayskull like before.

This is huge glorious moment for all the He-Man fans because many had expected Batman to defeat Superman. Instead, the Eternian warrior had taken down Supes.

Adam’s actions then result in Grayskull and the Sorceress becoming the main point for magic, and he guides Shazam into choosing his next successor: Regina Taylor who is a young girl that Adam saved from a suicide attempt. 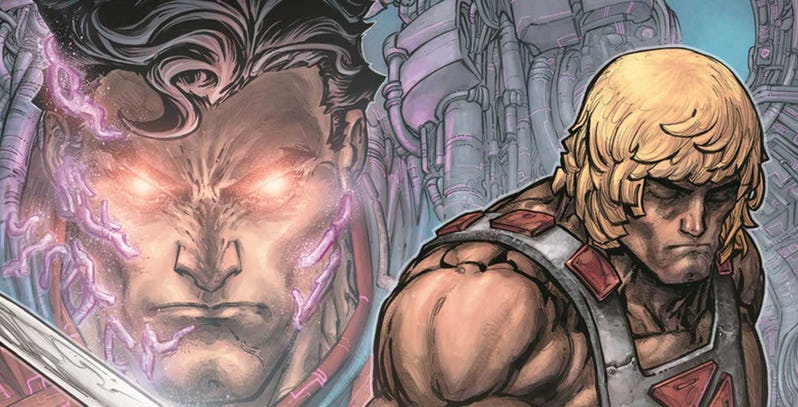