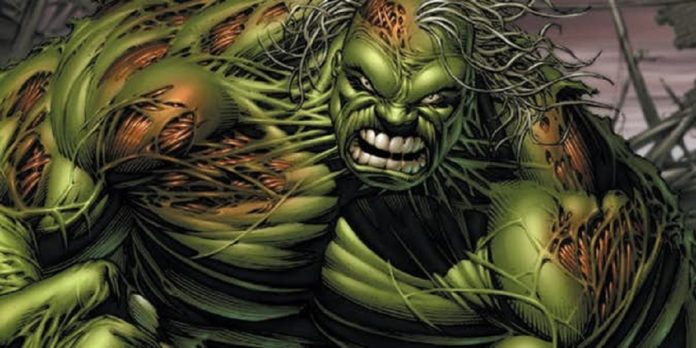 Back in 1962, the Marvel Universe was evolving when its most powerful hero arrived on the bookshelves in Incredible Hulk (Vol.1) #1. After he was exposed to the gamma radiation, Bruce Banner’s life changed, and he also altered the whole Marvel Universe. As we saw over the years, the first iteration of Hulk was only one in the series of numerous alter egos of Doctor Bruce Banner. The commonest form of the Hulk is the raging green monster who prefers smashing his puny enemies at any given opportunity. He is the most famous Hulk, but, as we have listed below, he has many other extremely dangerous versions. You can check them out below!

The story Incredible Hulk The End (Vol. 1)#1 is the story of a parallel timeline’s version of Hulk in the aftermath of a nuclear war. Hulk was among the very few survivors of a nuclear catastrophe and decided to spend the rest of his days in a gamma cave. Ultimately, Hulk turned back into Banner who is then rattled to find the wasteland.

Bruce Banner contests his alter ego bitterly till the end, and irrespective of how much he tried, the Hulk persona didn’t let him die. Eventually, a heart attack ends Bruce’s life, but, the Hulk doesn’t die. He manages to overcome his weaker alternate ego, but, that’s when the Hulk feels lonely. 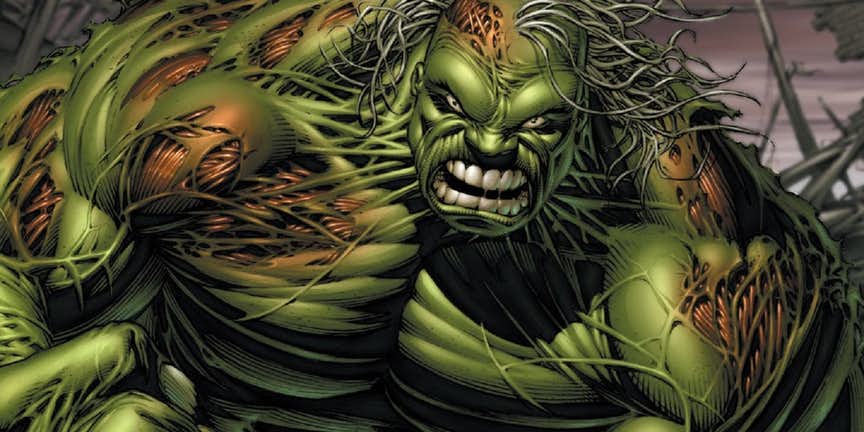 DON’T MISS: The Day When Hulk Tore Wolverine Into Two And Here Is How It Happened

This version of Savage Hulk is emotionally very unstable, and Banner’s alter-ego can rapidly swing between being a benevolent beast, and a violent monster. There are no known limits of the Savage Hulk’s strengths, and it depends on how angry he gets.

Where there is good, there is evil too. The Devil Hulk is the evil version of Bruce Banner’s alter-ego, fired up by his hatred towards the world. This evil form of the Hulk was first seen in Incredible Hulk (Vol. 2) #13, after Banner ventures inside his own mind to help it escape from Guilt Hulk. Fortunately for Banner, his various other alter egos, Savage Hulk, Professor Hulk and Gray Hulk join hands to ensure that the Devil Hulk remains contained inside Bruce Banner’s psyche.

Still, there are occasions when Devil Hulk managed to come out. The most iconic instance was when Bruce Banner’s father, Brian Banner, escaped from Hell and wreaked havoc on Bruce in the form of Devil Hulk. 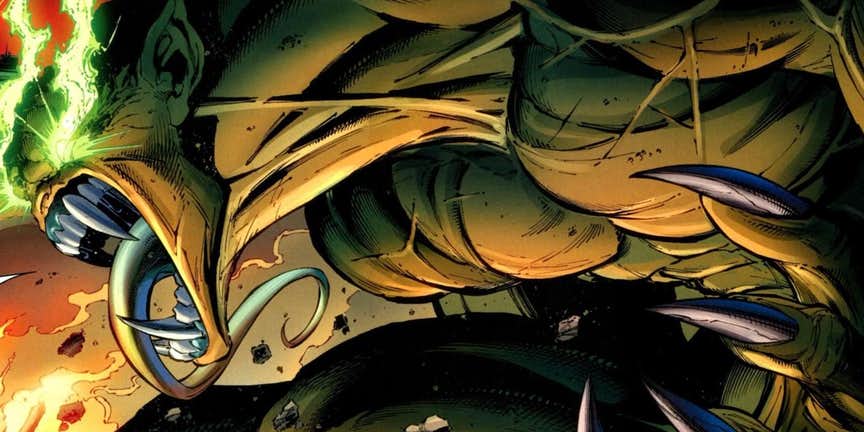 The Green Scar was another version of the Hulk to come to fore during “Planet Hulk.” After the Illuminati banished the Hulk to the distant planet called Sakaar, Hulk was pushed into the gladiator-like games organized by the alien planet’s rulers. Hulk kept succeeding in matches against the deadliest fighters from Sakaar, and went on to become the favourite of the people and getting the nickname, “the Green Scar.”

In the form of Green Scar, Hulk motivated the Sakaar public to revolt against their tyrant ruler. At the end of it all, the Green Scar had managed to set up a new government and settled down with the queen, appearing to have eventually found domestic bliss. 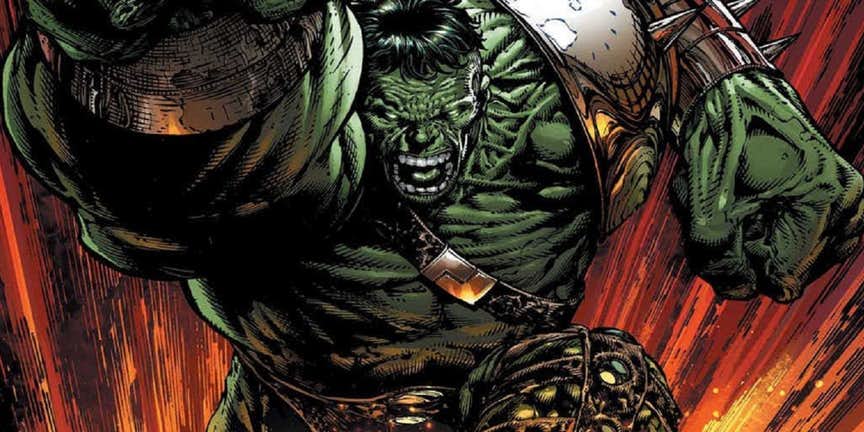 Maestro debuted in Incredible Hulk: Future Imperfect (Vol. 1) #1. He was Bruce Banner’s alternate reality supervillain version. Maestro used his intellect and super-strength to take over Earth after a nuclear battle. Maestro fought the time-travelling Professor Hulk and displayed how he was definitely much superior over the younger Hulk.

Maestro rarely required using his strength to maximum levels since he was capable of easily predicting Professor Hulk’s actions, well in advance. Right from the time, Professor Hulk had first lost to Maestro, the 616 version of Bruce Banner was mortally afraid of Maestro. 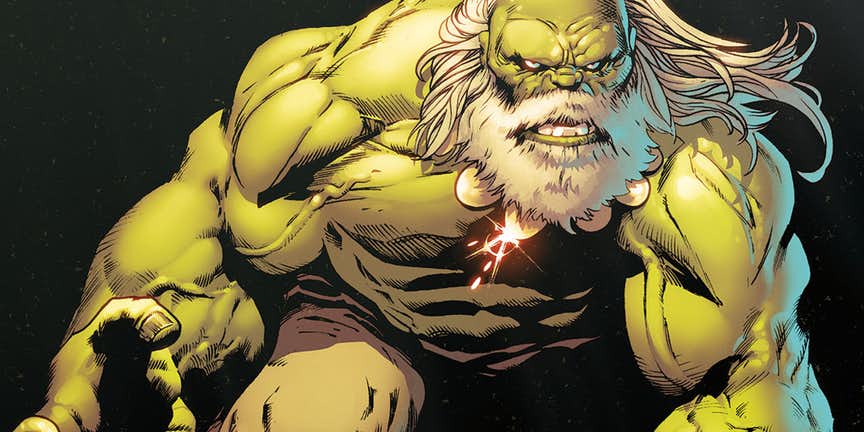 DON’T MISS: 13 Times The Hulk Had Been Killed In Super Violent Ways

The comic book story, “Fear Itself” showed how the Serpent seven magical hammers to Earth. One of these hammers was picked up Hulk, and he turned into a Worthy – Nul, Breaker of Worlds. This never before, near godly version of the Hulk seemed to be invincible, throwing off any hero that tried to stop him from causing destruction.

Thor battled fiercely against Nul, but, eventually, he had to concede that he couldn’t stop the monster. The Asgardian hero worked his way around, instead of defeating Nul by using force. Thor through Nul beyond Earth’s atmosphere, and hoped to redirect Nul’s trajectory. Finally, Hulk got free of the hammer’s influence and went back to his more friendly persona. 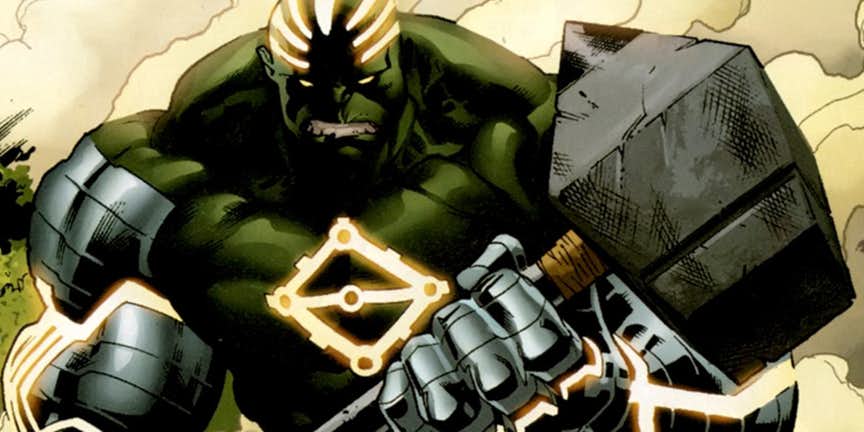 The Worldbreaker Hulk debuted during World War Hulk comic series when the monster came back to Earth to take revenge from the Illuminati. Worldbreaker Hulk was the outcome of Banner’s meditation training that he had undergone on Sakaar. It allowed him to channel his rage in an unprecedented way. As the Worldbreaker Hulk, he defeated numerous superheroes during “World War Hulk”, and this included the whole X-Men, Black Bolt, Iron-Man, Doctor Strange and the Fantastic Four.

After this event, the Worldbreaker Hulk made occasional appearances, most famously during Incredible Hulks (Vol.1) #634 where he wrecked a whole planet. We haven’t seen the Worldbreaker Hulk for a long time, but, we have no doubt that Bruce Banner will someday become angry enough to turn into it. 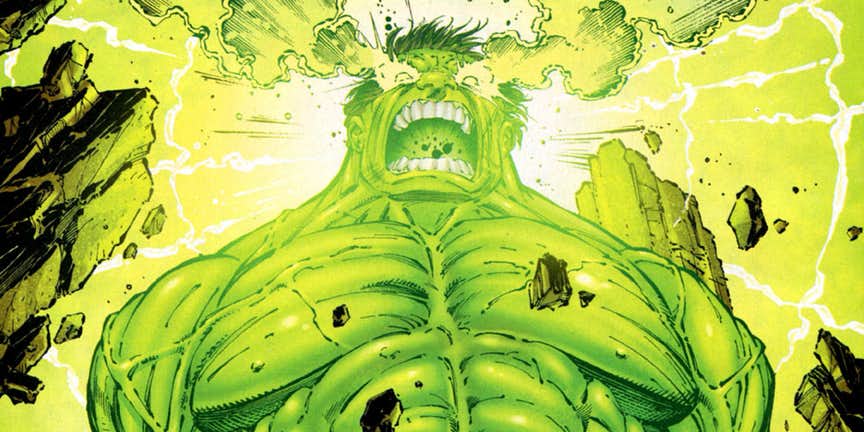