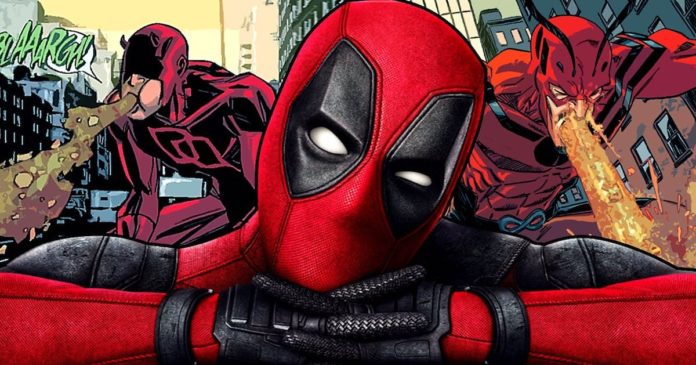 Deadpool is among the most popular and famous characters from Marvel. He debuted in the New Mutants (1991), and he is greatly similar to the DC villain Deathstroke. They are both paid killers. Deadpool’s unbridled humor and the fourth wall demolition tendencies quickly gave him his identity. From being a villain, he turned into an anti-hero.

While he had a niche fan following in the comic books, but, it was his appearance on the big screen in the 2016 movie Deadpool The success of Deadpool and its sequel Deadpool 2 has proved that the comic book accurate portrayal of the hero has great potential. Here let us take a look at some of his superpowers: 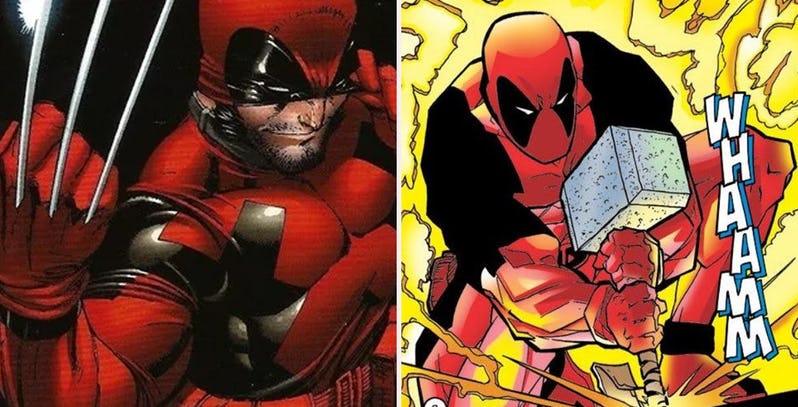 Deadpool’s fans know that he is nearly invincible courtesy of his incredible healing power. However, there is another reason why Deadpool is such a powerful rival. Thanos had cursed Deadpool with immortality when he felt uncomfortable about Lady Death’s relationship with Deadpool and planned to separate them forever. Lady Death is ideally the embodiment of death in the Marvel Universe, and she has generally been associated with Thanos. Deadpool had such strong feelings for Lady Death that he wanted to die and join her. Unfortunately, with Thanos granting Deadpool immortality made that unlikely. 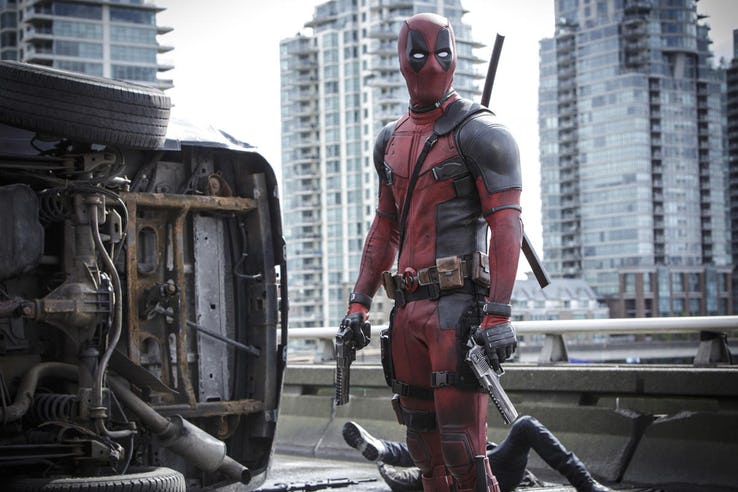 By merely glancing at Deadpool, we might not be able to gauge his strength. Wade Wilson was quite a strong guy even before he underwent the Weapon X experiments, but, after the process, he gained superhuman strength. Courtesy of his healing powers, Deadpool is able to do things beyond the human capabilities. In the comic book Cable & Deadpool #13, it was shown that Deadpool was so strong that he could hurt someone by just using his thumb and forefinger.

The different writers of Deadpool have different approaches to his physical strength. Still, his strength is not his most famous power and Deadpool is not as strong as Colossus or The Hulk. 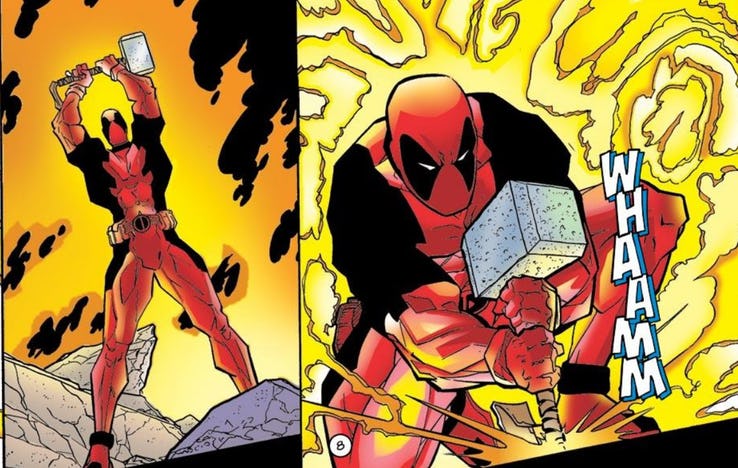 It is not without a reason that Deadpool comics initially appeared to be similar to Spider-Man comic books and that is because they both are quite agile. Other than his superhuman strength and durability, Deadpool’s balance, agility, and physical prowess are at par with Olympic Athletes. Weapon X program has given him some mind-blowing agility.

The program has also given his body such conditioning that it doesn’t produce much fatigue-causing toxins, which gives him the ability to perform one acrobatic move after another without getting tired. Deadpool can be fast enough to sidestep even a bullet that is fired from close range. He is faster than Captain America and Spider-Man as well. 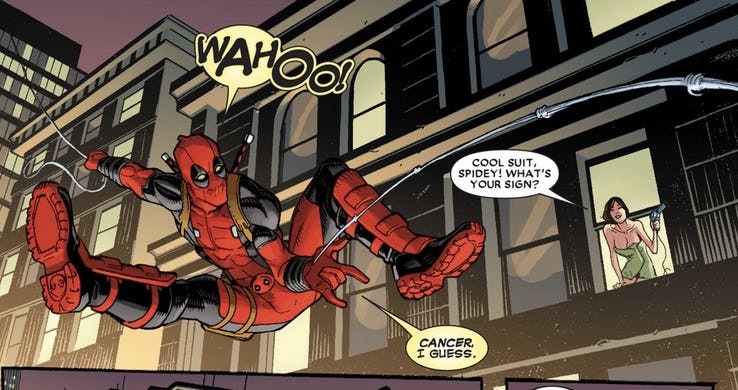 The super healing of Deadpool is among the key reasons why he is so reckless even when under attack by his enemies. His enhanced healing power (which comes from Wolverine) lets his body to regenerate cells, tissues and even body parts. He has such a powerful healing that once we saw Wade Wilson re-grow his head after The Punisher blew it off. Deadpool has also lived through similar incidents involving various other Marvel characters such as The Hulk. His incredible healing abilities helped him regenerate brain tissues and have stopped his aging.

Overall, Deadpool has among the strongest healing powers in the Marvel Universe. 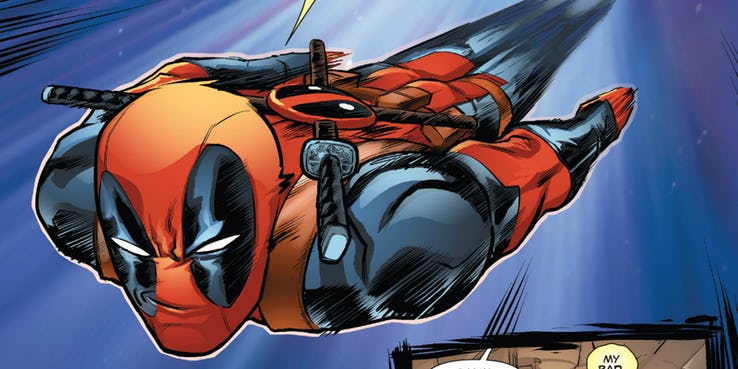 The holographic image-inducer is just one of the many devices that Wade Wilson has. Not long ago, Deadpool used to go around using a teleportation machine. Back in 2016’s film Deadpool, we saw Wade Wilson use a cab to travel and in the X-Men Origins: Wolverine, Deadpool was able to teleport without using any gadget. However, in the printed books, Deadpool used his “personal teleporters.”

These devices ensured that Deadpool was punctual in reaching at his target’s location, but, they also made his work much easier and that’s why he stopped using them later. However, in Deadpool & Cable, Cable gobbled up Deadpool after he had turned into a puddle, and this resulted in Wade Wilson getting some of Cable’s genetic powers such as the teleportation ability. 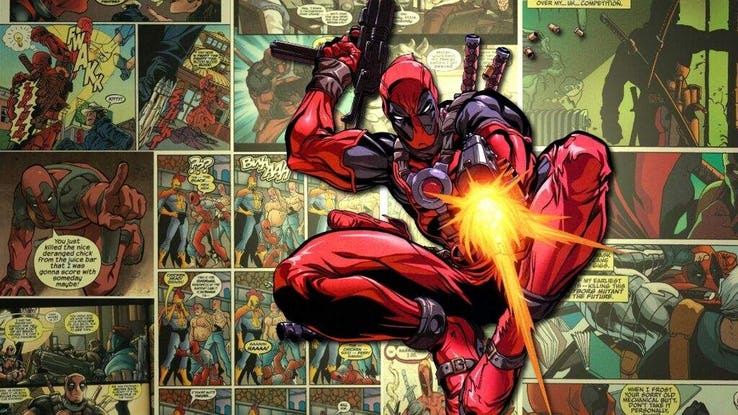 The fact that Deadpool’s composition is unlike the others, his brain is capable of doing things that other heroes can’t. Deadpool’s healing powers also guard him against telepathy. Since his brain is constantly undergoing changes, it is not possible for any psychic to manipulate or control Deadpool. Emma Frost is among the most powerful telepaths in Marvel Universe, but, she couldn’t penetrate his mental defence. In fact, Deadpool has such a powerful brain that he can use it as a secure place for the mutants to communicate with each other without any trouble. Even the mighty Penance Stare of the Ghost Rider had no impact on Deadpool. 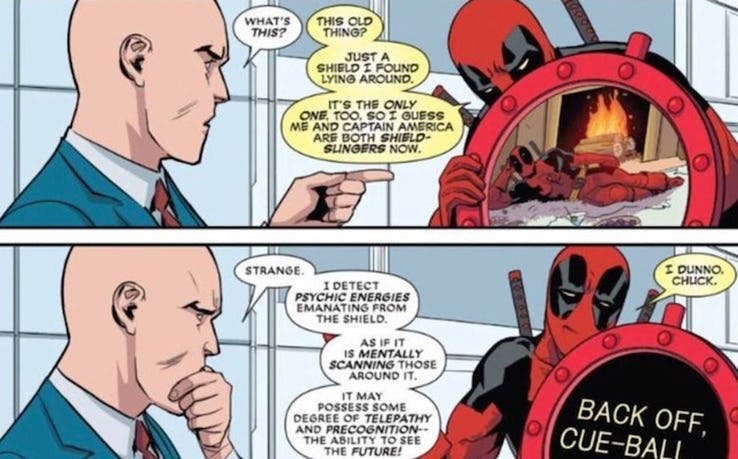