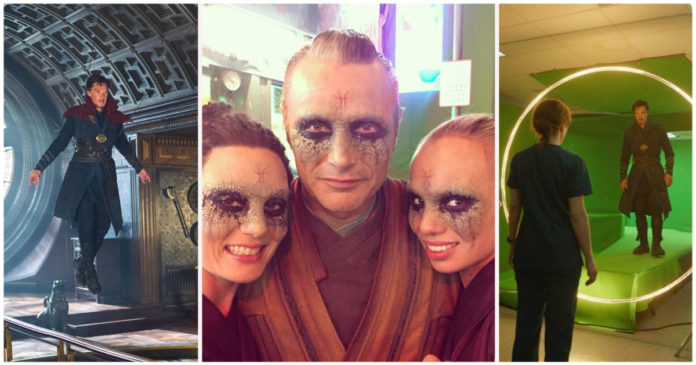 The Doctor Strange film turned out to be absolutely a universe-altering film for the MCU. Whether it be the technology-oriented Iron-Man films or the brilliance of Hank Pym or the cosmic angle introduced through Thor and Guardians of the Galaxy, the overall impression was that the MCU was all about science fiction.

Doctor Strange underscored the fact that science-fiction can co-exist within the Marvel Cinematic Universe using the film’s deep probing of the mystic element and the Multiverse.

Before the movie’s release, Kevin Feige, the president of Marvel Studios, indicated that the character and origin story of Doctor Strange was the most crucial in the whole MCU ever since Tony Stark’s debut in Iron-Man.

The film delivered on the hype, mainly due to the brilliant performance by Benedict Cumberbatch, who alongside other Masters of the Mystic Arts, it gave a new and special niche in the expanding superhero universe.

As Wong told Doctor Strange, “While heroes like the Avengers protect the world from physical dangers, we sorcerers safeguard it against more mystical threats.” 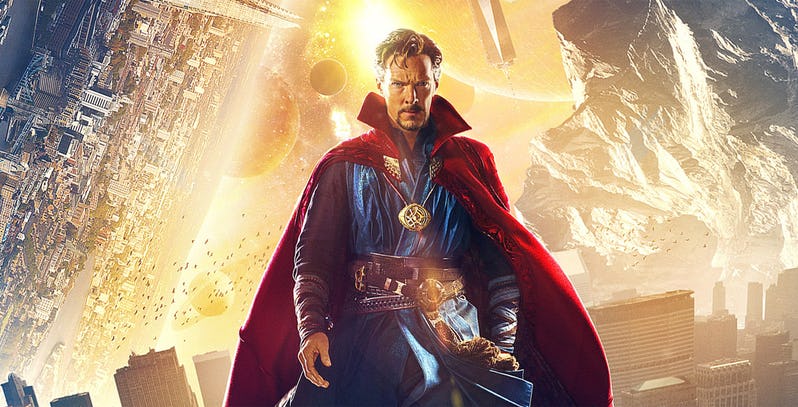 Although this niche was incorporated late into the MCU, it allowed Doctor Strange to play a short but important role in Thor: Ragnarok, and later a much bigger and impactful role in Avengers: Infinity War.

The Doctor Strange behind-the-scenes images give an insight into the process through which Cumberbatch and others created a successful Doctor Strange movie.

What appears to be visually appealing on the big screen is likely to look totally different her before the addition of VFX. Although the film had to depend on its great deal of VFX and green screen, it also needed practical set designs and effects, complicated makeup and fantastic acting.

Here we present to you 25 behind-the-scenes images that will completely change your opinion about Doctor Strange. 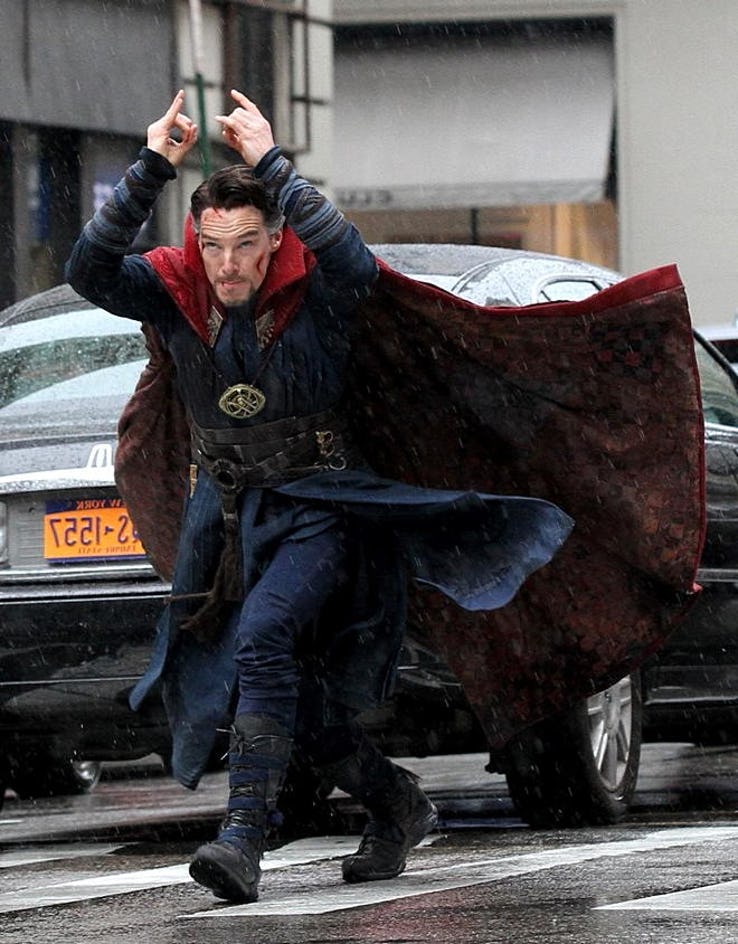 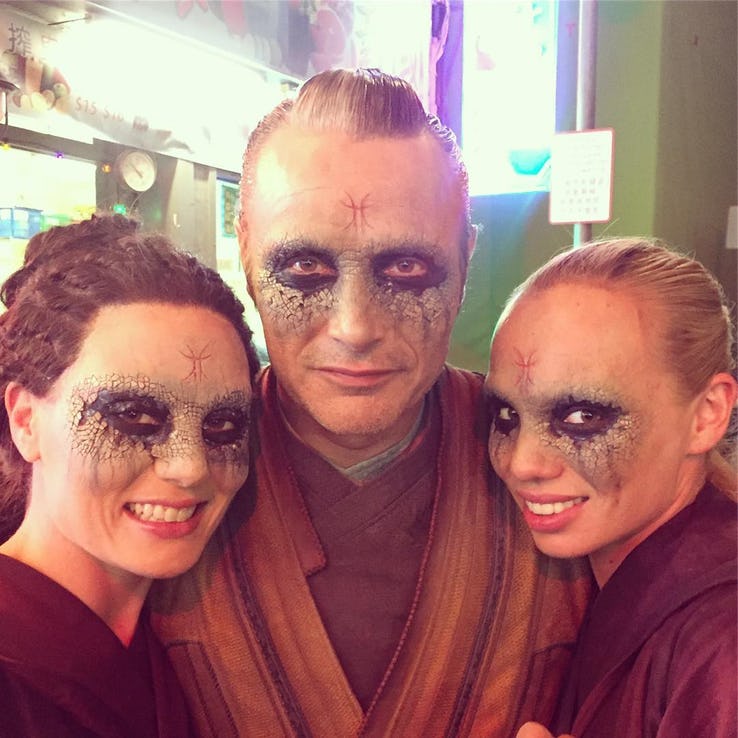 23 WHEN THE MIRROR DIMENSION IS GREEN SCREEN 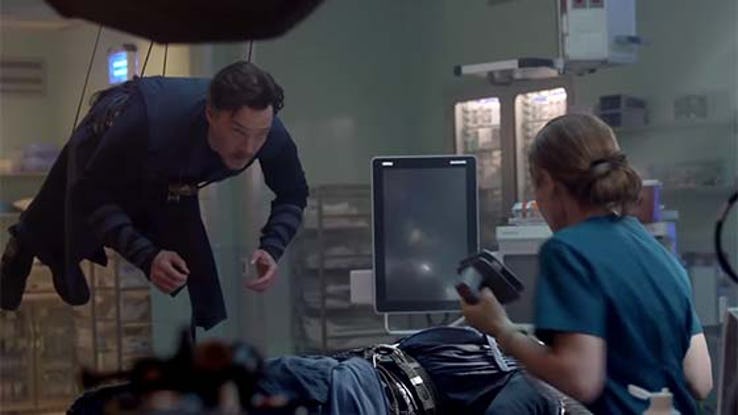 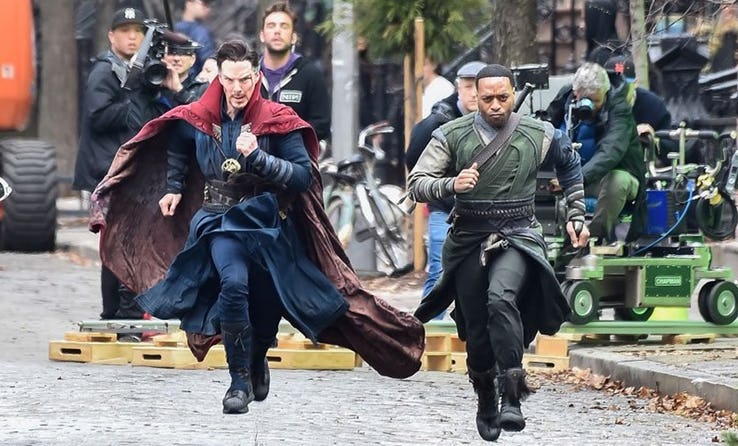 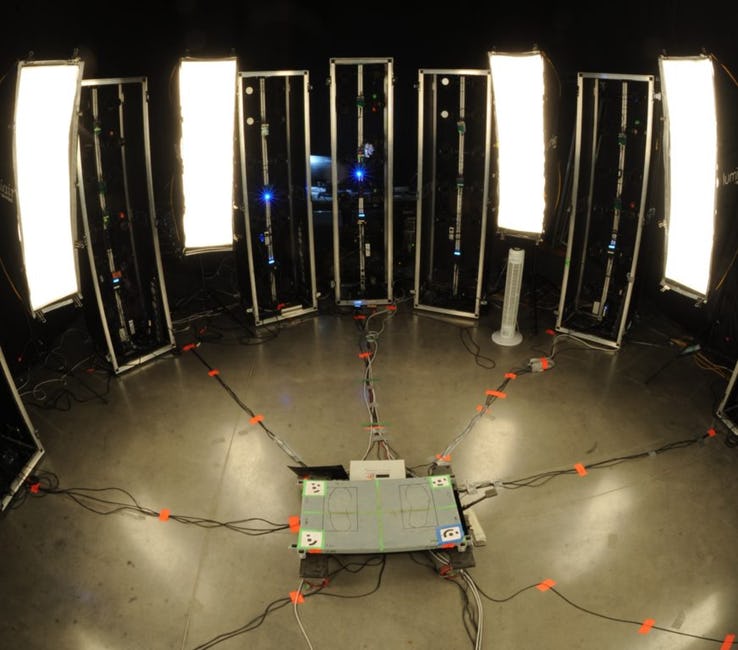 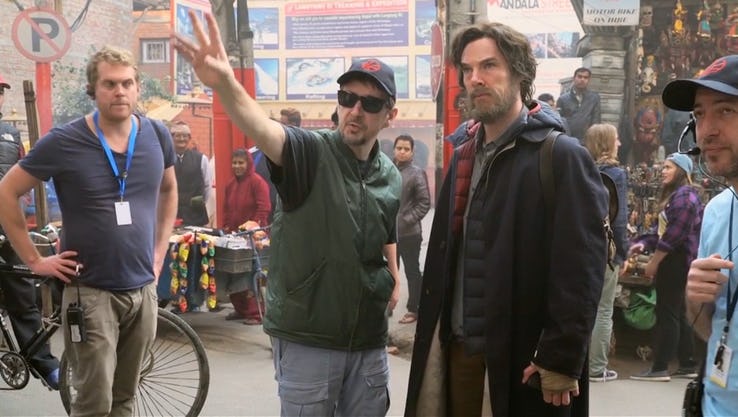 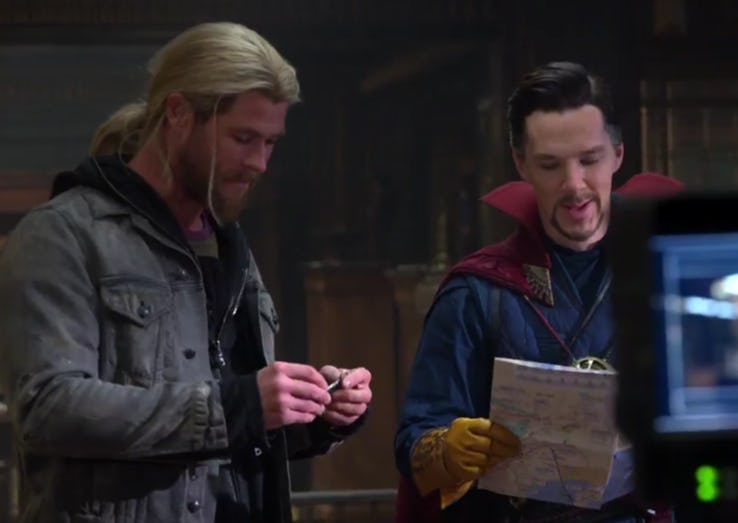 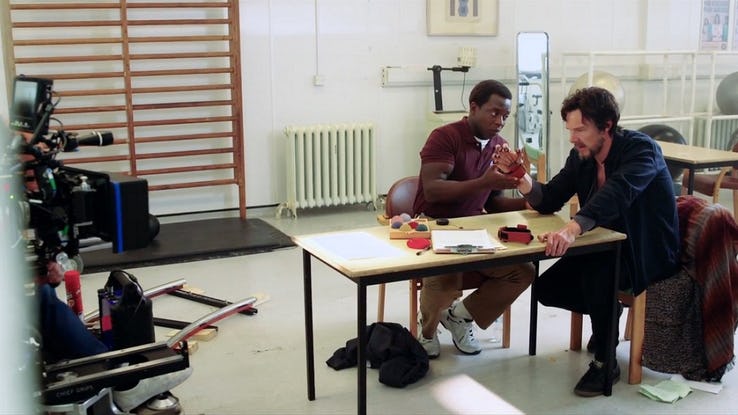 15 FLOATING INSIDE THE SANCTUM SANCTORUM 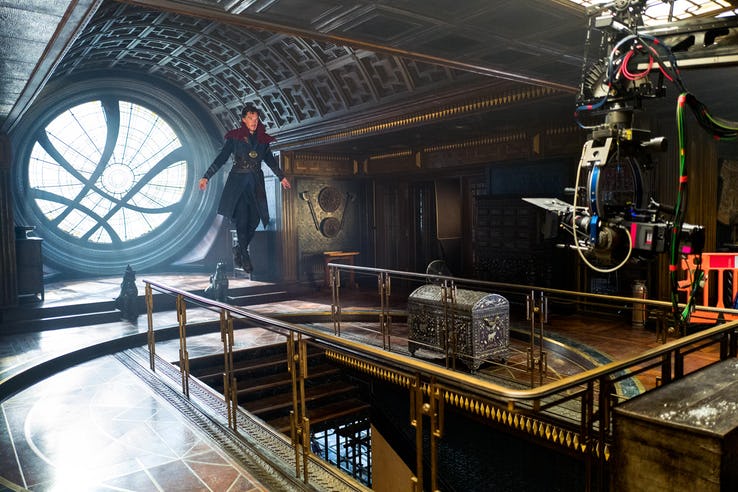 14 SPARRING IN THE COURTYARD 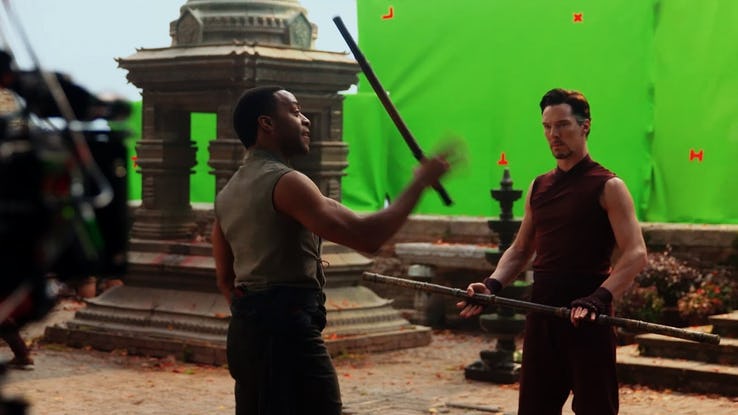 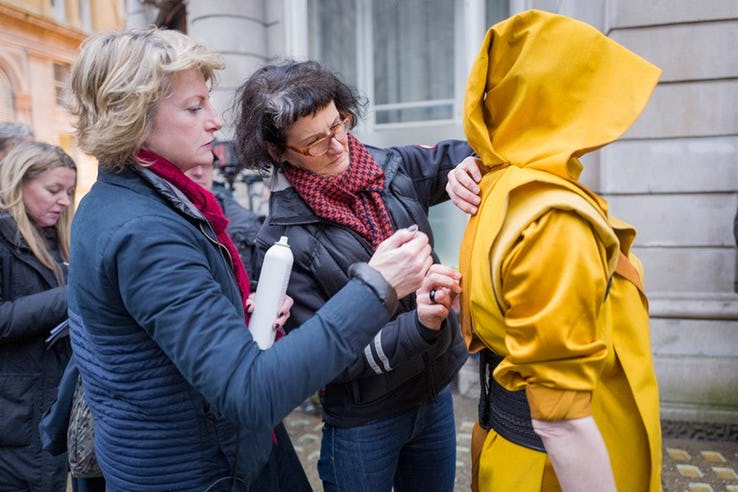 12 PORTAL IN A MOP CLOSET 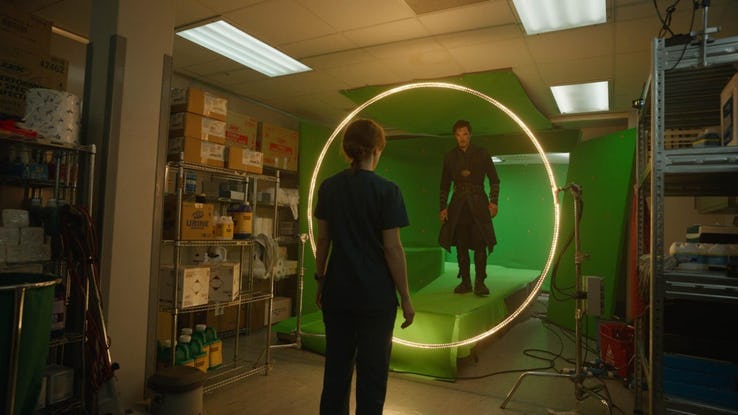 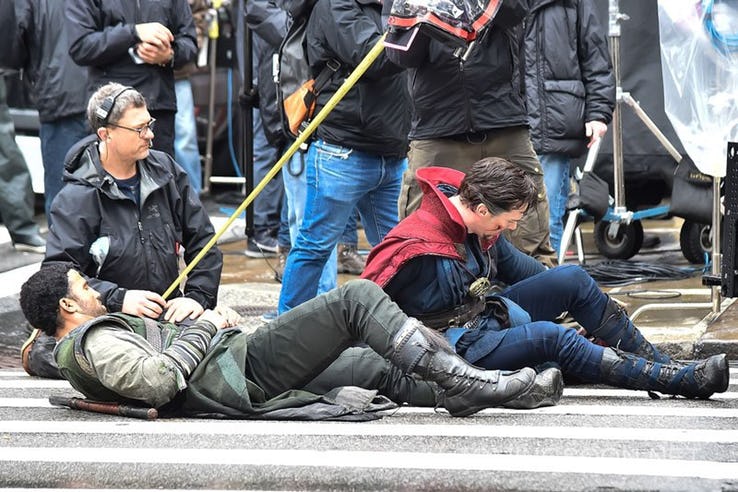 10 DIRECTOR AND LEADING ACTOR ON THE SAME PAGE 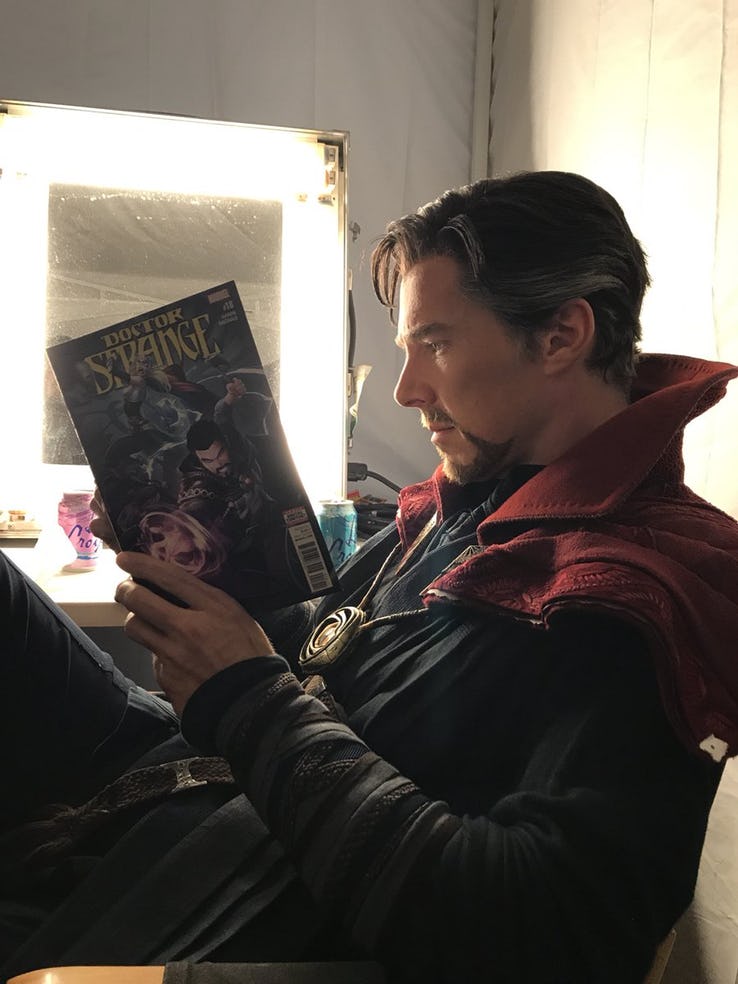 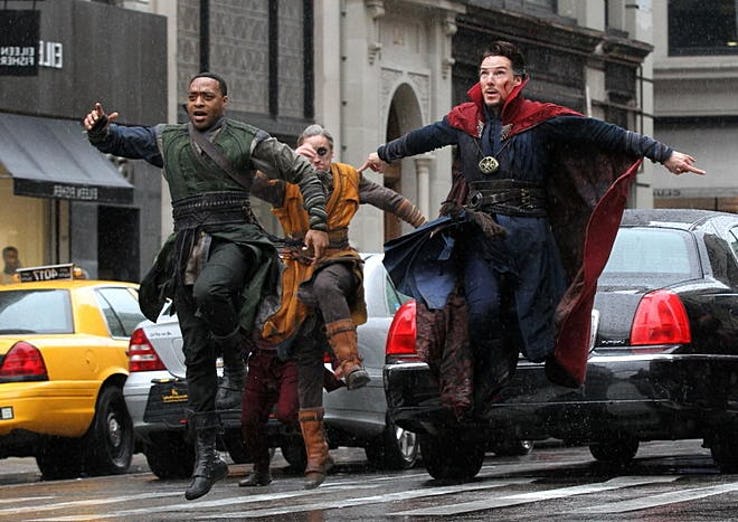 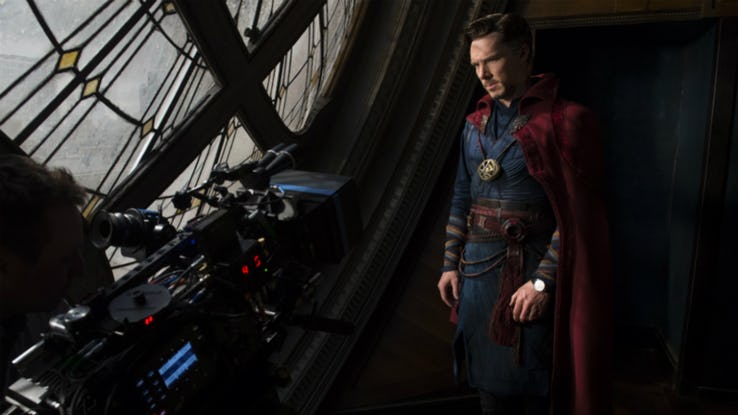 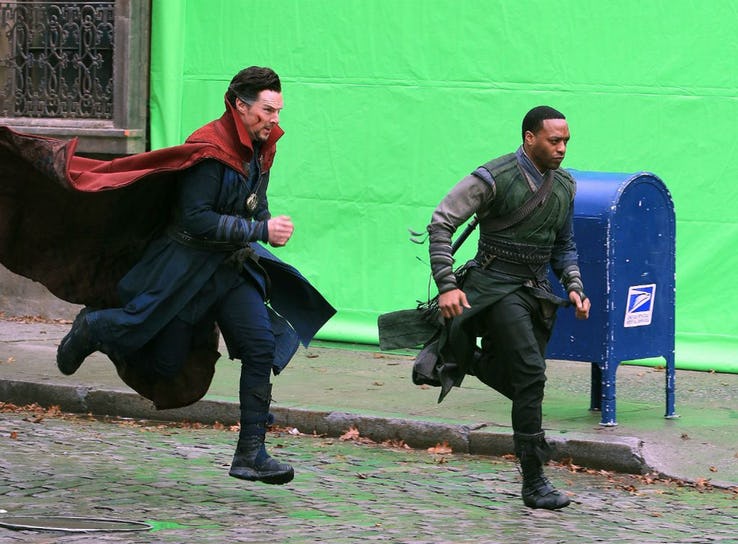 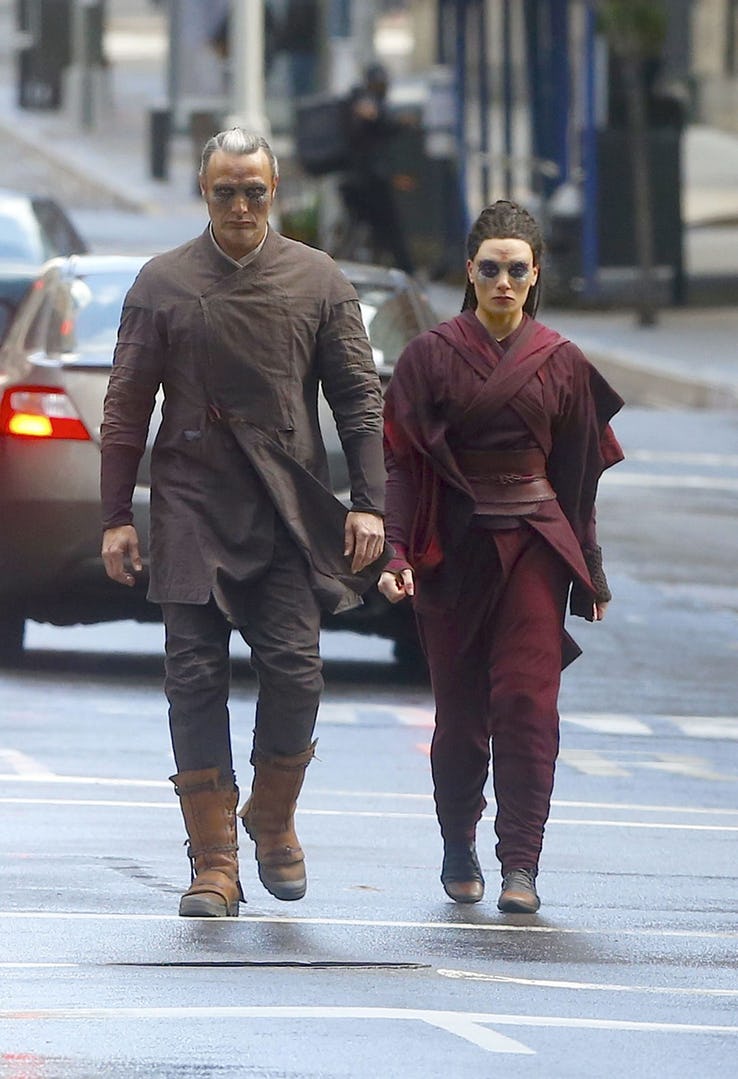 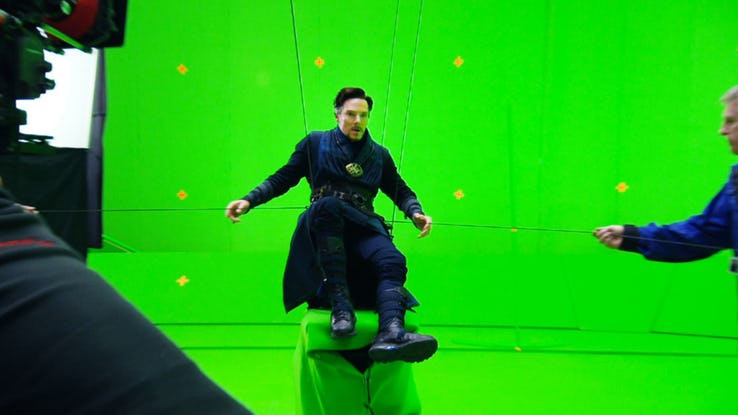 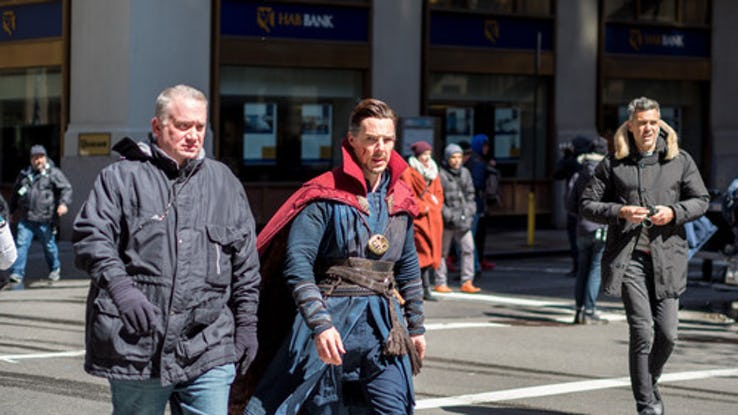 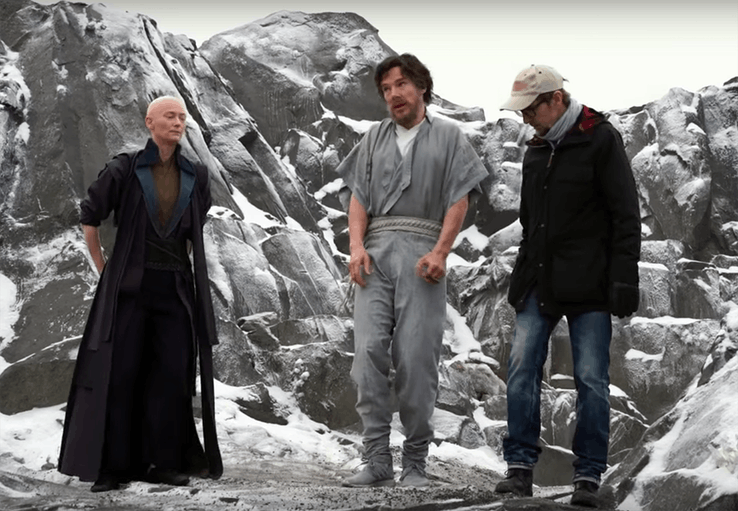 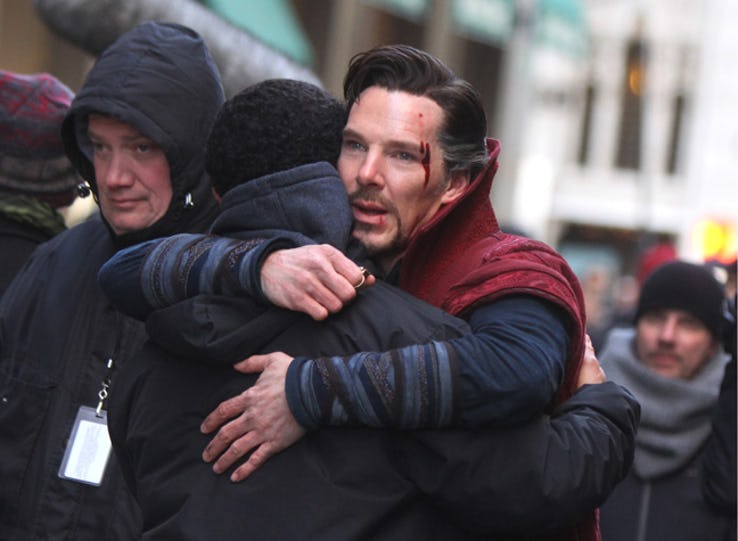