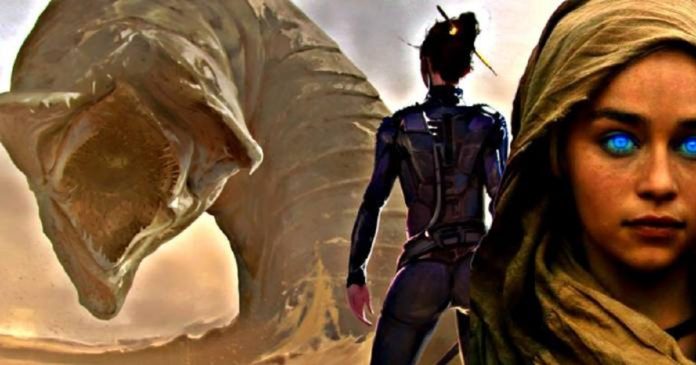 Brian Herbert and Kevin J. Anderson had come together to create The Dune prequel series, and now they announced on social media that they would be the producers and consultants on the upcoming Dune remake being helmed by Denis Villeneuve. Villeneuve had also suggested that the project could be a lot more than another movie by declaring that this version of the story will be similar to “Star Wars for adults.” His comment created a massive backlash from the Star Wars adult fans. However, it has to be understood that the director had commented more about the theme of the movie, and also a light mockery of the Star Wars franchise. 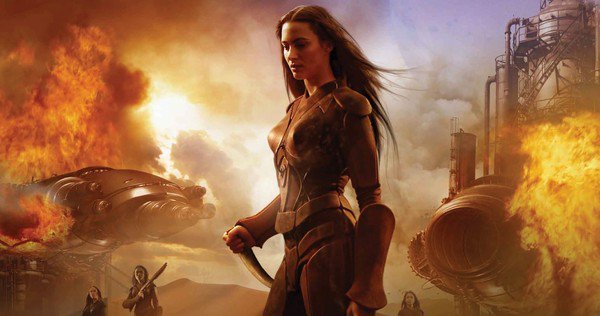 Brian Herbert is the son of the Dune author Frank Herbert had tweeted that he and Anderson will come together on this project with the Blade Runner 2049 director. Herbert also said that he had seen the script Villeneuve had for the movie:

“I’ve seen 2 drafts of the Dunes screenplay, and Kevin and I made comments on each. It’s getting better and better. Lots more is going on, and I’ll say more when I can.”

For the loyal Dune fans, the presence of Frank Herbert’s son is vital for a film which will be based on the novel and do it accurately, and it is apparent that the Dune movie would be more than a single movie because the book is more than 500  pages thick. 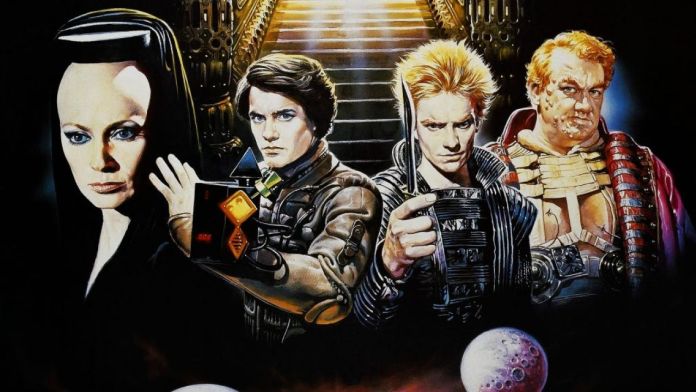 During a recent event, Denis Villeneuve had said that the Dune project would need more than two years to wrap up and also said that he expects the project to be at least two movies. This also led to the speculation about the possibility of a Dune franchise. Now that Brian Herbert is on board and Villeneuve is aiming to make more than a single movie as well as his remarks about the Star Wars for adults indicate that they are planning to create a franchise and that would surely sound great to the fans who have spent so many years waiting for a good remake.

Denis Villeneuve was alert and didn’t reveal much about the Dune project. Therefore, it is apparent that some significant Dune related news will emerge soon. The Dunefans would be delighted to know that Legendary has already finalized a major job for the film and there are now at least three major people in place. 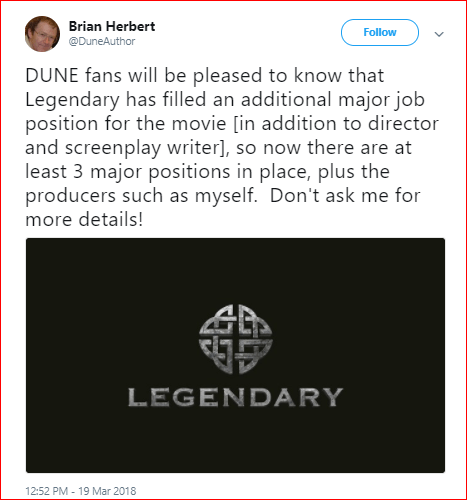 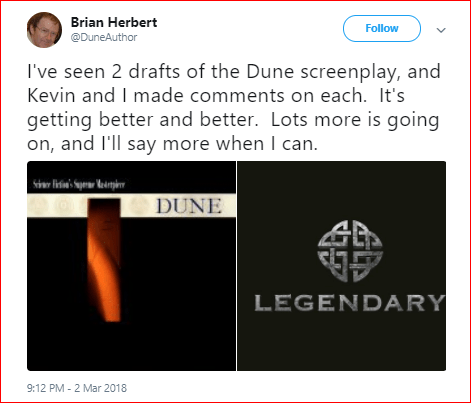