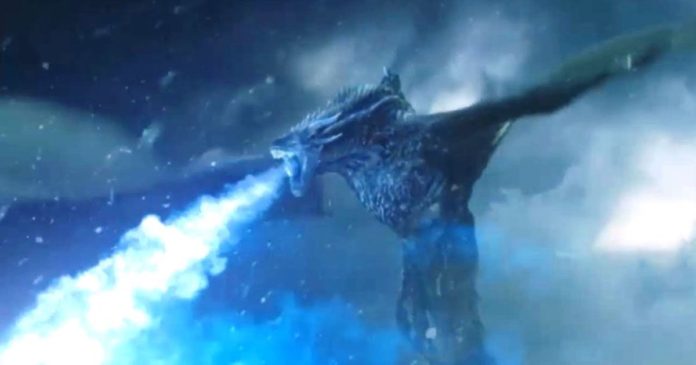 While all the fans have seen a few concept artworks from Game of Thrones, today, we want to look at a few VFX work that have been done for season 7.

Rodeo FX which is a studio with offices all over the world had been tasked with creating a few of this show’s greatest shots, from the sea fights to the destruction of the Wall at Eastwatch.

“For the wall’s dramatic collapse, we scored the wall to break it apart in multiple shots to cover its extensive size. We separated the wall in three parts: the closest area, which was destroyed in hi-res, the middle section, that remained standing in hi-res, and the farthest section in low-res as a base for digital matte paintings.

We received a previs referencing the timing and size of the collapse, and the studio layered effects on top of that. Our artists added secondary debris, smoke and interactive fire when the fire hits the wall. For the actual collapse of the wall, our team created debris, powdered snow and water splashes as the ice falls into the sea. Real fire elements were provided and color graded to become the ice dragon’s destructive blue breath.”

The shot of the ice dragon bringing down the entire wall was really good, and this had won the show a VES award for “Outstanding Visual Effects in a Photoreal Episode.”