Geeks on Coffee
More
Home Game of Thrones Did These Set Photos From Game Of Thrones Reveal The Ultimate Conqueror... 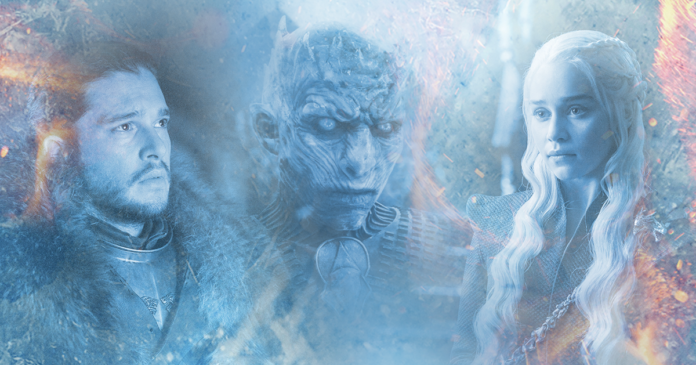 It’s not as if we are eager to see the end of Game of Thrones, but, the long wait for the final season is becoming a bit tiring (We haven’t even started discussing the Winds of Winter yet).

With the passage of time, there are more and more fan theories and potential spoilers emerging, such is this one about the set in Belfast.

When a fan posted some Game of Thrones set photos on Twitter, the dutibound netizens wasted no time in working out what might be meant by the color of the Red Keep. 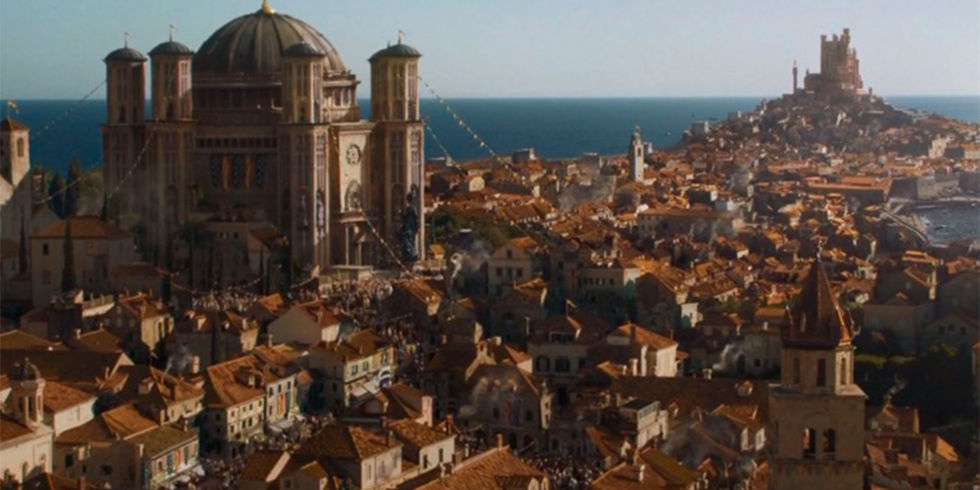 The thing is, it has now become white.

So, is it an indication of the Night King’s ascendance to the Iron Throne and his rule over the Seven Kingdoms from an icy white version of the royal chair or do the white walls indicate the emergence of an era of peace?

Does the white color indicate an impartial democracy or something? Or is it just an attempt to match with the white winter coat worn by Daenerys Targaryen? 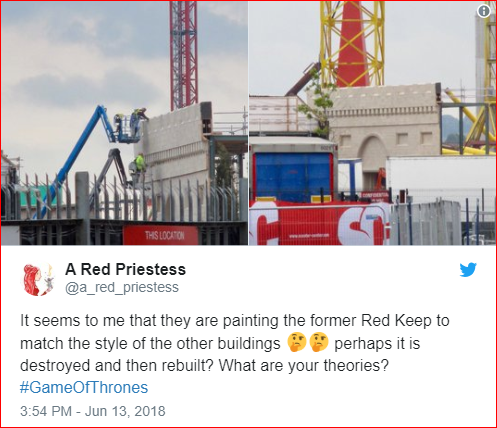 Nothing can be said for sure; it is just that we are coming up with random ideas. Maybe the crew would have wanted to utilize the Red Keep for some other purpose. We all know how sets are not self-built.

There is another unexpected spoiler update about Sophie Turner setting off a new debate after having got herself permanently tattoed with a spoiler. 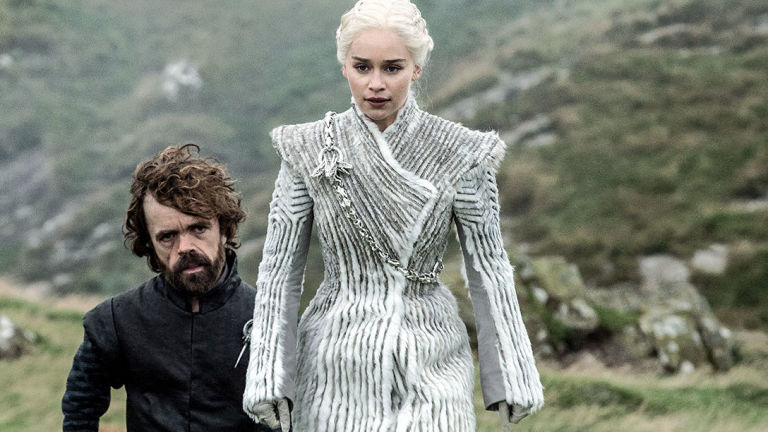 Did she just want to pay tribute to the Starks or was it an indication of the fate of the North after the end of Game of Thrones?

Game of Thrones Season 8 will be aired next year. HBO airs it in the United States and Sky Atlantic/Now TV in the United Kingdom. You can buy the DVD, Blu-ray or digital download of Season 7right away. 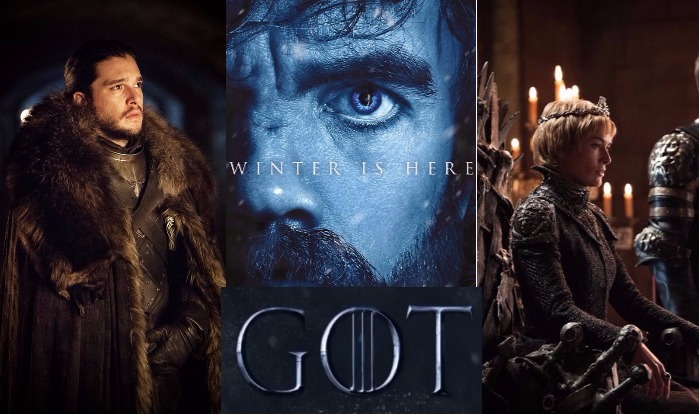