Geeks on Coffee
More
Home Game of Thrones Amazing Game Of Thrones Things That Got Removed From HBO’s Game Of... 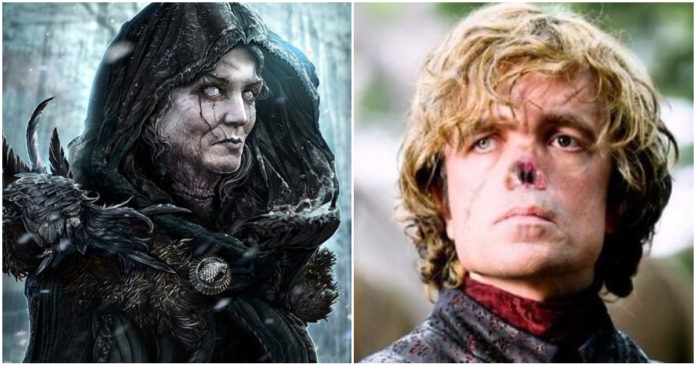 There is no doubt that Game of Thrones is an extremely popular show which has been loved by viewers and audiences alike.  The stars of the show have seen their careers propel towards big fame and HBO has made a lot of money from it.

The George R.R. Martin book A Song of Ice And Fire is the source material for Game of Thrones, and the book has also received global acclaim and popularity. He is also associated with the show as a producer, consultant, and occasional writer, creating more fiction. It is not surprising that as the show’s creative consultant, Martin has the final say about what is shown on the show and what is trashed.

There are so many things to be taken into consideration while creating the screen versions of novels and those determine the reasons why some scenes are involved or excluded.

Here we present to you things which were not featured in the show and the reasons behind it.

There are times when a novel character dominates the readers’ minds, and that’s not taking into account how the character is shown to be in a movie or TV show.

Let’s have a look at the way Tyrion Lannister is shown in the novel and his TV version. In the novels, he is shown to be a more evil looking clever dwarf with a scar. However, to ensure the show is lovable, actor Peter Dinklage looks were not turned into something ugly, but, the novel readers knew the truth. The show has also ignored the inner conflict faced by the character such as his dragon nightmares and identity issues.

Both versions have been good, but, different. 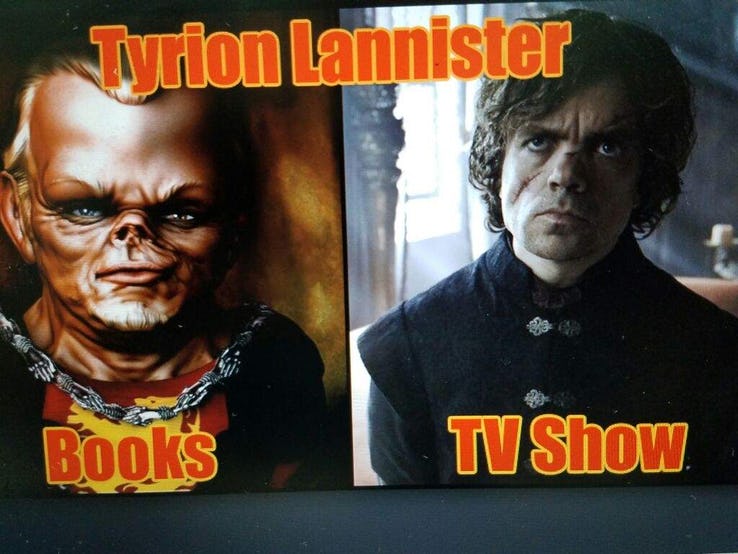 Among the various characters who looked different in their screen versions, this one has to be rated as absolutely weird.

Despite being ridiculous, it was important. There are times when a character’s appearance is important to convey a lot about the story and the character.

Syrio (MiltosYerolemou) has a peculiar hairstyle in the season one that ended with his death. However, we can see another character with an identical hairstyle in a key season 7 scene featuring Arya, the ex-student of Syrio. We are yet to find out whether it is a surprising comeback for Syrio or something else.

Natalia Tena, the English actress who plays Osha, is renowned for having played Nymphodora Tonks in the Harry Potter films. She also happens to be the lead singer and accordionist in a band Molotov Jukebox which has so far released two albums.

Her Game of Thrones character endures a lot in the series, but, as per Martin her character was changed massively for the screen and he also said that he had approved of the changes and it was the performance of Natalia Tena that convinced him. 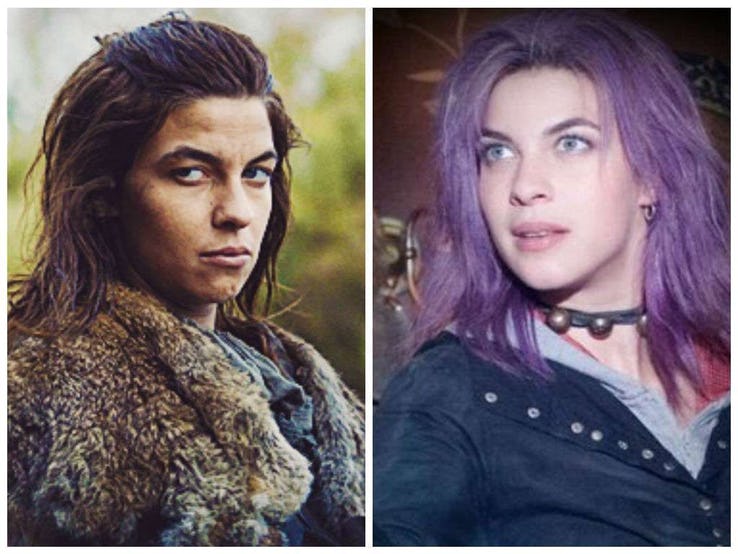 4. The Heart Of Stone

Fans were heartbroken to see Lady Stark’s run on the series being cut short by her abrupt murder at the Red Wedding.

The first hint at the appearance of Lady Stoneheart came from the Instagram account of Lena Headey’s despite her playing Cersei Lannister, but, that didn’t happen. The comeback of the character wasn’t shown on the show, further annoying various loyal fans. 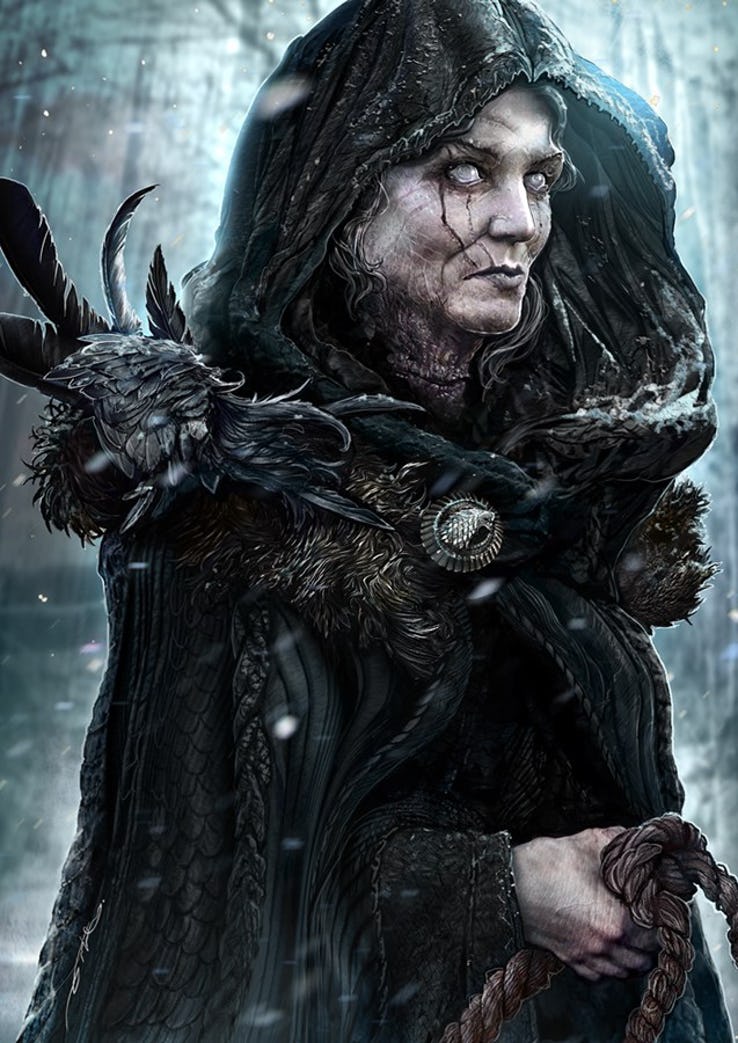 After having seen how Littlefinger suddenly died, fans wonder whether there could have been some hint given?

The thing is, there was one.

There was a speech by Varys wherein he clearly mentioned a dreadful curse. It is a part of the book, and despite having been filmed, the scene wasn’t a part of the final cut of the show.

There are various reasons behind this, but, the real reason must have been the shock value.

The scene was much discussed because it was a shocker. Had there been a warning or build up to it, we don’t think it would have generated that much hype. 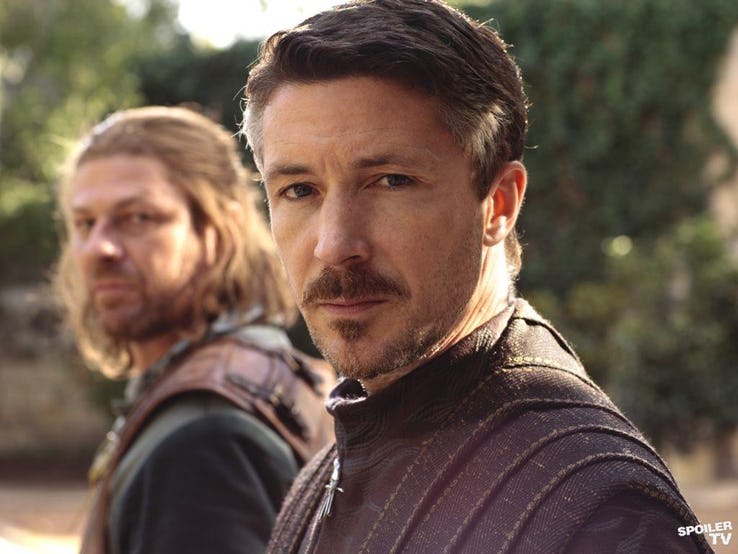 6. The Hound And Sansa

It would not be wrong to say that Game of Thrones has repeatedly pushed the boundaries. Whether you talk about the violence or the innovation, viewers cannot find another show like Game of Thrones. The novels were quite unique, and they went far beyond the novels of fantasy genre usually go.

There have been times when the vision that George R.R. Martin depicted in the books was a bit too daring, even for HBO.

In a part of the book, The Hound confronts Sansa and asks her to sing a song for him. Yet again, this was a scene which was filmed, but, chopped on the editing table. You can even check this scene online, and it is not that nasty since various scenes have already been highlighted in the episodes. However, if George R.R. Martin and his writing team chose to remove the scene, we think they must have had reasons to do so. 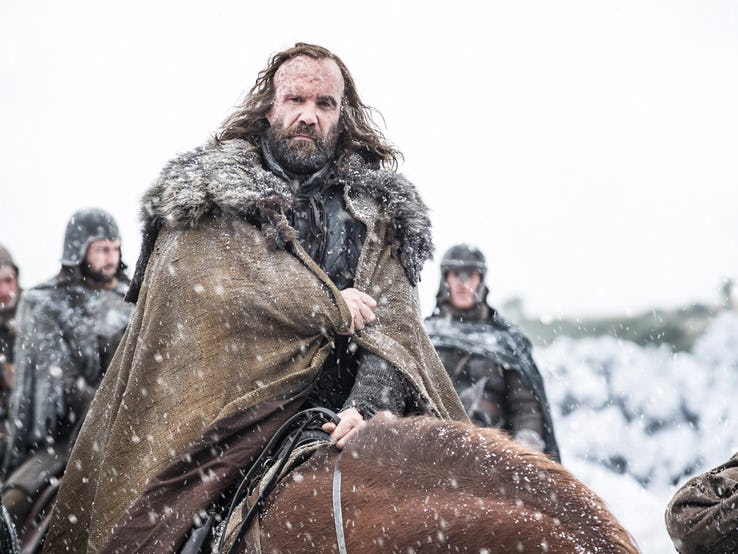 As stated earlier, it is not always a good idea to foreshadow. To boost the ratings, the shock factor is a crucial element, especially when approaching a global audience. Martin creates the scenes wonderfully and foreshadows the events deftly before they take place.

However, all that beautiful and poetic is not necessarily impactful on TV screen.

This truth is not lost upon George R.R. Martin.

There was a scene between SerAlliser Thorne and Tormund Giantsbane, which was perfectly foreshadowed and the reader could sense it, but, that’s why it had to be removed from the final show. Their conversation would have made it clear that Alliser wanted to kill Jon and that’s why it was edited out. 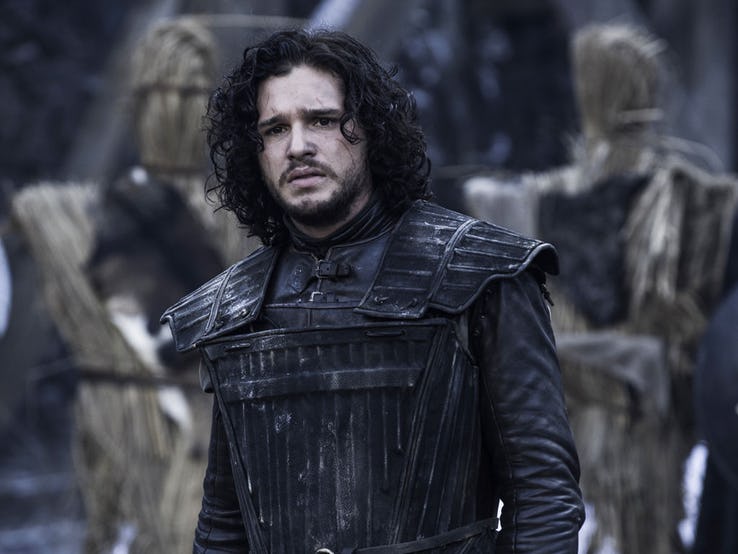 Director Of Game Of Thrones Reveals Episode Duration For Season 8