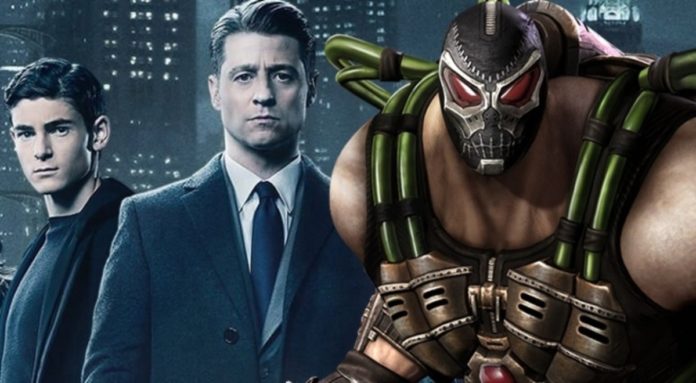 The famous Batman villain, Bane is now making its way into Gotham in the popular Batman prequel’s 5th and last season. The very first look at Shane West in the Bane costume has also now been revealed.

This set image of West in costume started making its way onto the internet over the weekend, and it shows the fans a pretty high-tech mask and a vest. The character is seen having red circles underneath his eyes. This looks very different from all the other versions of Bane that the fans have seen in the live-action movies and series.

The Gotham producer and writer, Tze Chun had shared an image of Twitter of his character: 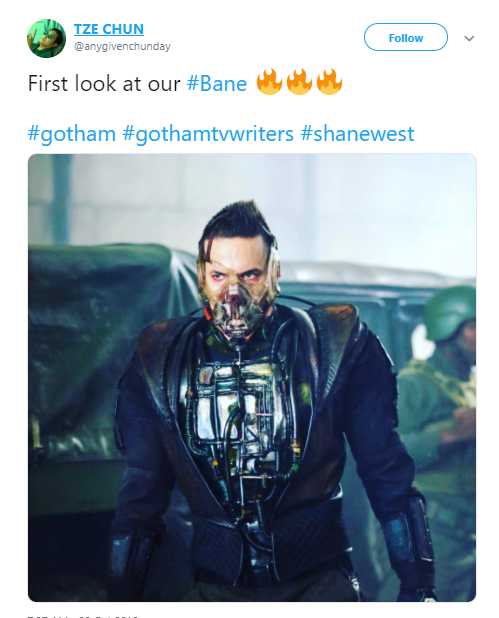 The first few hints at this character’s costume had dropped last week, and West had been seen suiting up behind the co-stars during a table read. A few days later, this actor had posted an image of the character’s glove on the internet.

Many fans had speculated that West would play the role of Bane when he had been cast as Eduardo Dorrance. During the New York Comic Con, the showrunner, John Stephens had confirmed that the actor’s character will become Bane.

“Finally, we found that if you beg and you plead enough, and then they find out that your show is not going on anymore, they’ll give it to you,” Stephens had said. 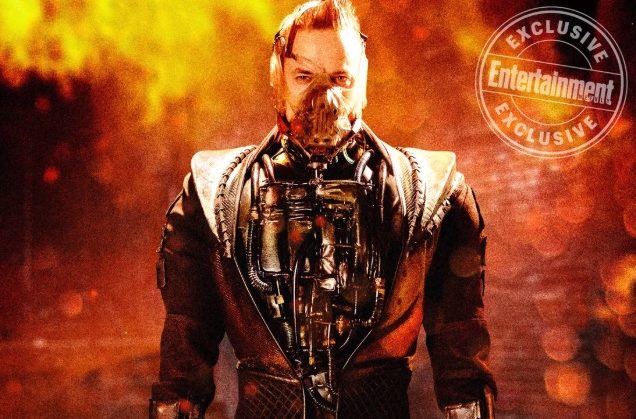 “We always wanted to do it, and we wanted to do it in a way that has not been told as much on screen or in the comic books, which was to really tell the story of how he was before he became Bane. And we tied it to Jim’s backstory, in a way that I think is clearly different than canon, but I feel like it is like a tributary that then goes into the canon.”

Bane’s storyline will be featuring a broken back. During a certain altercation, the actor’s take on this villain will snap the spine of Alfred, who is Bruce Wayne’s caretaker and best friend.

Gotham will return for its fifth and final season on FOX in 2019. 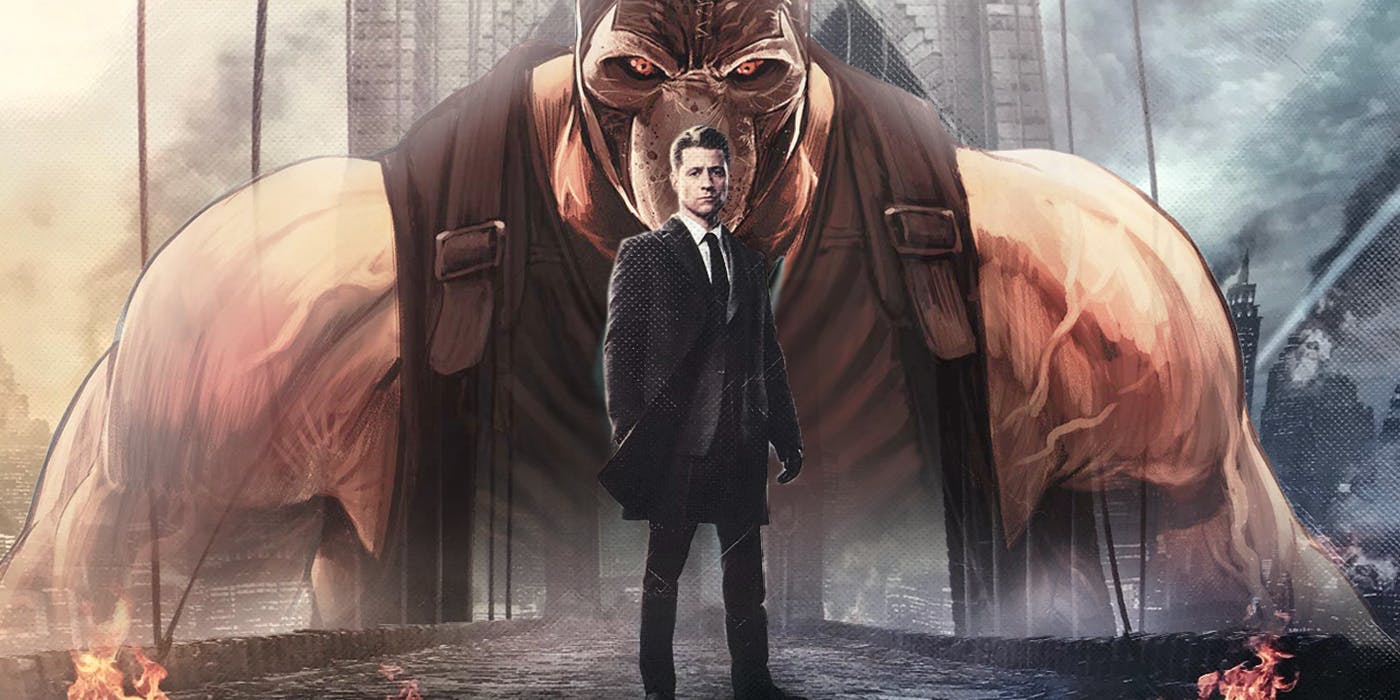 Directors Of ‘Captain Marvel’ Finally Reveal Why Mar-Vell Was Tweaked In...