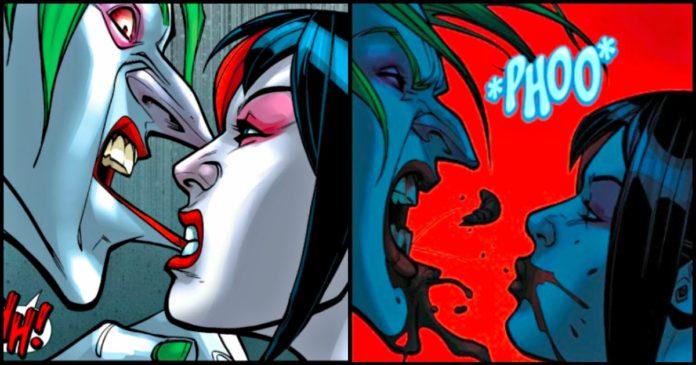 Harley Quinn’s current comic book series is about her moving on from her evil past with Joker and how she rediscovers her identity.

No doubt Harley has changed immensely after leaving Gotham, but, she is still ready to go to extreme lengths and acquire what she wants. This comic book reveals how Harley breaks into Arkham Asylum and frees her boyfriend Mason, and this makes her cross paths with the Joker. 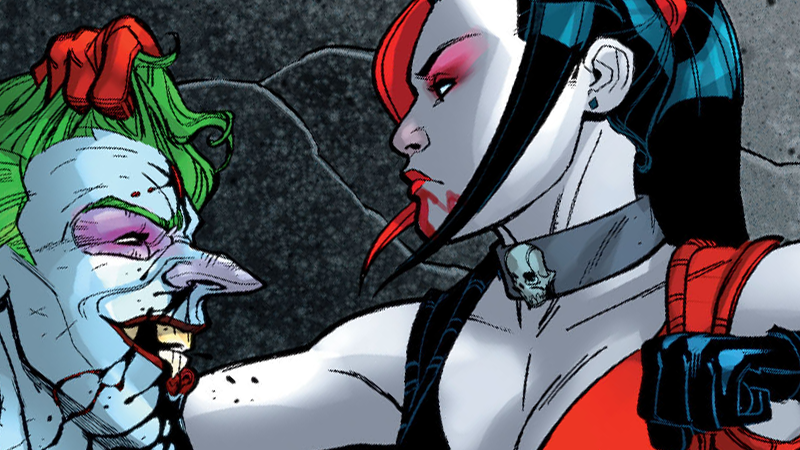 Before they come across each other, Joker had been playing mind games to torture and hurt Harley. He revealed her appearance to some guards, and this made her escape much difficult, and Joker even tried influencing Mason against Harley.

However, Harley has become a highly changed and much better person now, but, this doesn’t stop her from going hard at the Joker.

Harley entered her ex-lover’s cell to discuss and clarify to him that she had moved on in life, but, the Joker teases her, and a brawl starts. Harley beat him up and bit a portion of his lip when he tried to forcibly kiss her.

Harley mentions that she hates the things he made her do, and how violent she used to be in his company. The Joker is still the same old sadistic maniac, but, Harley has changed. 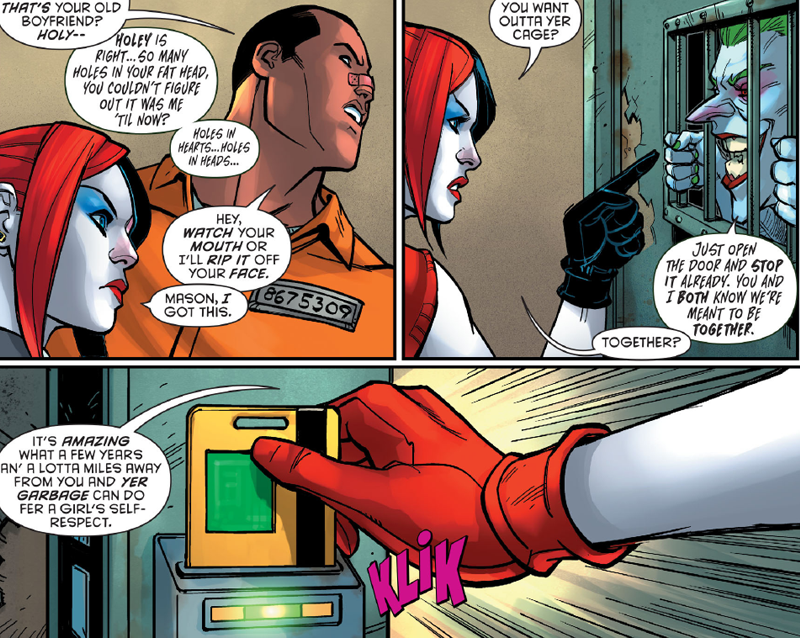 While it was great to see how Harley explained to Joker how she is over with him, it was even better to see her break him.

The Joker is incapable of stopping from upsetting people, and Harley discovers something that the villain had found long back. The Joker hurts people because he wishes to see them break and get down to his level of insanity. 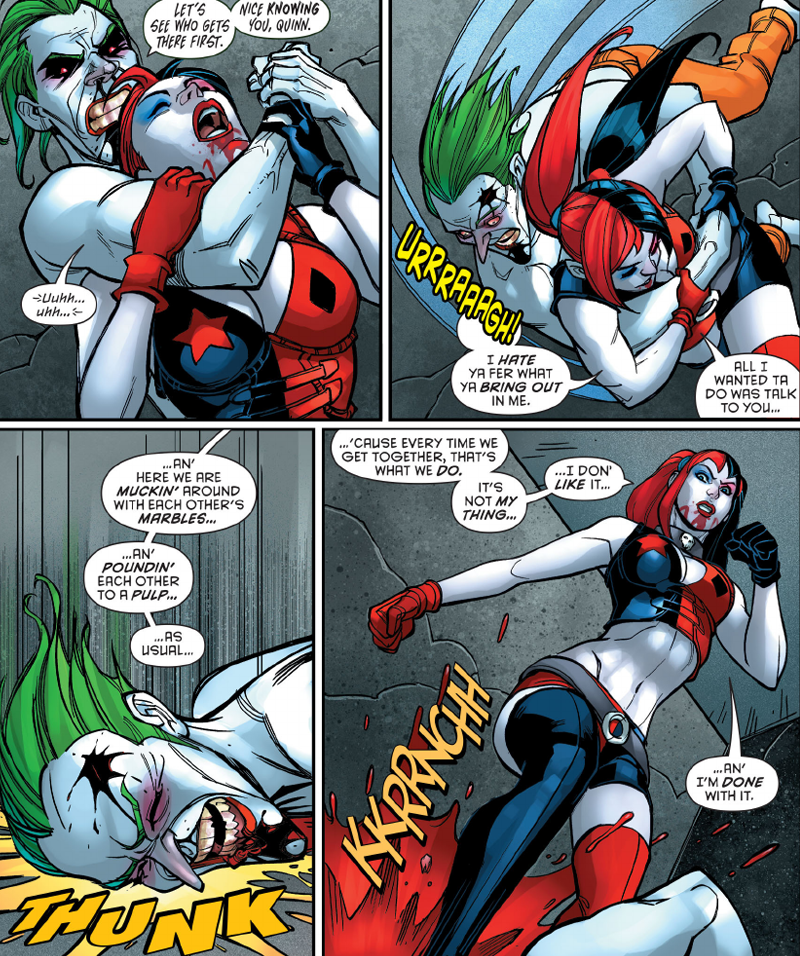