Geeks on Coffee
More
Home Comics Here Are 6 Marvel Characters From MCU That Even The Most Loyal... 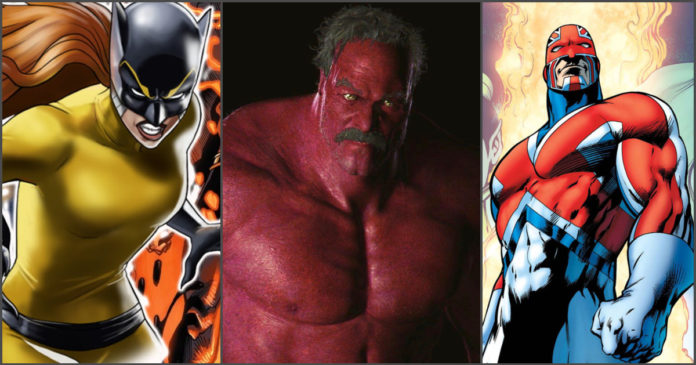 Everybody knows that Marvel Cinematic Universe is a densely populated universe. In fact, it has so many inhabitants that various superheroes didn’t even get space in Avengers: Infinity War and even among those who appeared, many couldn’t find a place on movie’s poster. Such an over-crowded universe is not surprising since there have been 20 films now with more than a dozen small screen seasons and short films.
Yet, among the famous and well-noticed characters, the MCU also has several barely seen or overlooked heroes and villains. There are characters who might not exactly recreate their comic book personalities are sprinkled around in the nooks and corners of the MCU. Here we present to you some Marvel characters who have made MCU appearance, but, you might not know it.

The comic books show General Thaddeus E. Thunderbolt Ross to be one of the main enemies of the Incredible Hulk. He is a genius military strategist and a tough man who is also the father of Bruce Banner’s lady love, Betty Ross. Thunderbolt was seen in the Marvel Universe as Red Hulk in Hulk Vol. 2 #1. He was even angrier than the beloved green monster. You might not have noticed him, but, he has been seen in The Incredible Hulk and Captain America: Civil War (portrayed by William Hurt). Since he had a gap of eight years between his two appearances, he is not exactly an MCU regular, which might make fans forget about him. 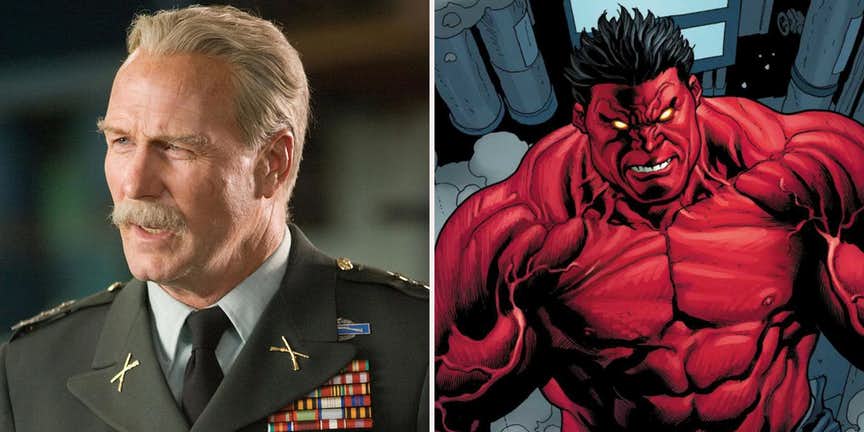 Since Adam Warlock is yet to make his cinematic debut properly, his weird cameos are quite strange (especially now that the Infinity Gauntlet has come into the picture). Adam Warlock is a major galactic character in Marvel Comics. That makes his cocoon-like cameos baffling. In the original Guardians of the Galaxy movie, we saw a sack like thing in The Collector’s display. While it was easy to miss him, but, nothing in The Collector’s collection is meaningless. This sack contained Adam Warlock, and it gave birth to him. The second Guardians film showed the cocoon once again, and this time it was called ‘Adam’ by Ayesha. 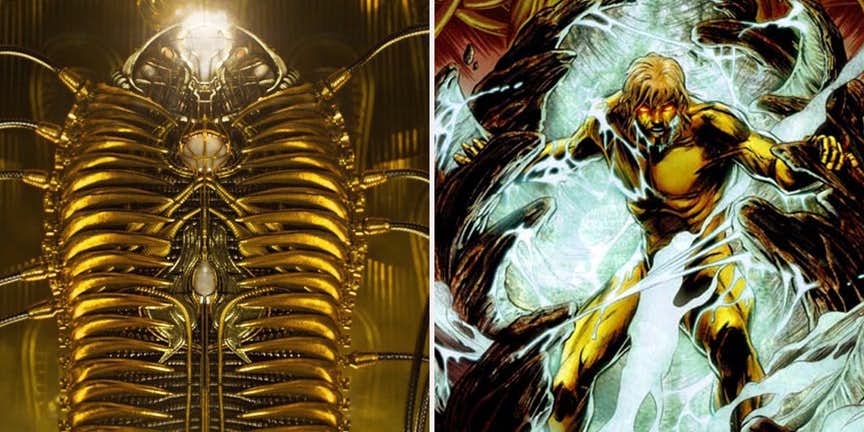 The Guardians of the Galaxy series is full of references, tributes, and cameos from comic book characters. At times it is quite weird like seeing Howard the Duck or a glimpse of a Dark Elf in The Collector’s collection. However, there are other numerous, ignored or forgotten easter eggs too. One of them happened to be an original Guardian. Charlie-27 was a member of the Guardians of the Galaxy from 31st Century, and he has been seen in the comic books since 1969. The film Guardians of the Galaxy Vol. 2 showed Charlie-27 being played by Ving Rhames (Pulp Fiction) as the leader of a Ravager Faction, which is quite unlike the comic books, but, suits the movie well. 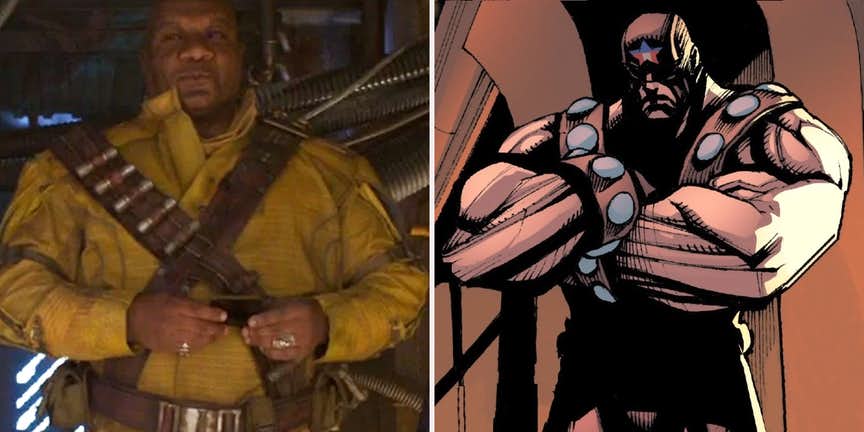 The character of Patricia “Patsy” Walker is quite unusual in the comics. From the 1940s to late 1960s, she used to star in the teen romantic comedy comic book. After a few years, she made an appearance as the crime-fighting Hellcat and ultimately became a member of The Defenders. Hellcat went on charming readers for decades and playing supporting roles in various Marvel Comics relaunches over the years.
However, she has been turned into live-action. She is the best friend to the heavy drinker, private detective Jessica Jones in her Netflix show. Although we haven’t yet seen Trish turn into Hellcat, she has displayed combat and acrobatic skills, and it is just a matter of costume which might introduce the Hellcat formally. 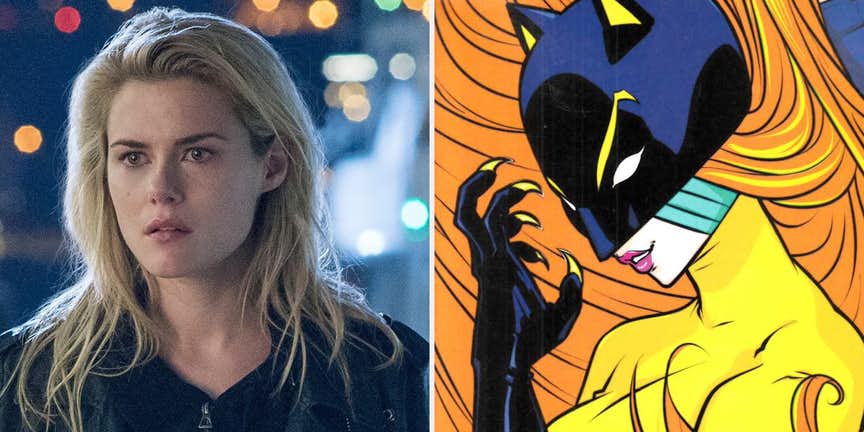 The end moments of Guardians of the Galaxy Vol. 2 featured various cameos by Marvel Comics characters, some of them not even getting a namedrop. During the scene of Yondu Udonta’s funeral, various Ravager groups are shown in presence to honor their dead comrade who had been redeemed after a long spell of exile. It is quite an emotional farewell scene, and it becomes more important if we take note of who all attended the funeral.
The one who gets most prominence is Stakar (Sylvester Stallone), who in the comic books was shown as Starhawk, an original Guardians of the Galaxy member from the 31st century along with Yondu. There was also another attendee at Yondu’s funeral who also took on the mantle of Starhawk: Aleta Ogord (Michelle Yeoh). That makes it two Starhawks which most viewers didn’t even know about. 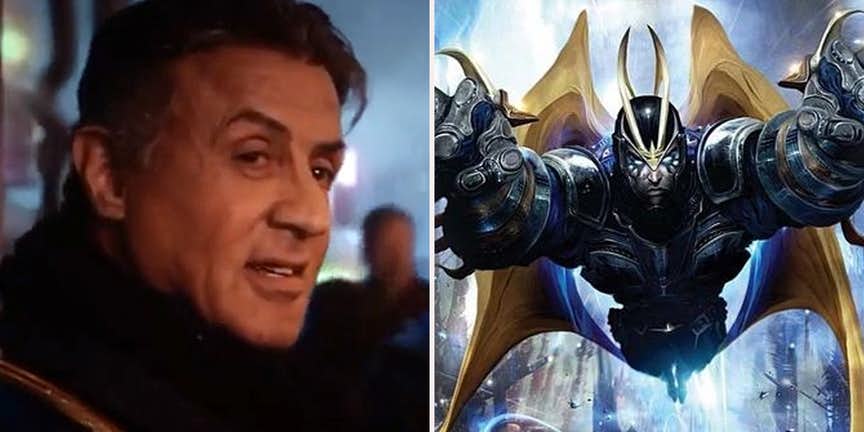 During the two World Wars, a British adventurer/government agent James Montgomery Falsworth took on the mantle of Union Jack, battling the Germans and their vampire supervillain Baron Blood. The initial missions of Falsworth were quite identical to the patriotic endeavors of Captain America. In the present day Marvel Comics, Falsworth is a thing of the past since the character died in peace. However, Union Jack is a mantle which has been passed on to various new heroes.
However, Falsworth has been seen outside the printed books and played a cameo in Captain America: The First Avenger as a British P.O.W. under HYDRA’s captivity. We don’t see him as Union Jack, but, the cameo played by JJ Field is a great nod that not many fans knew about. 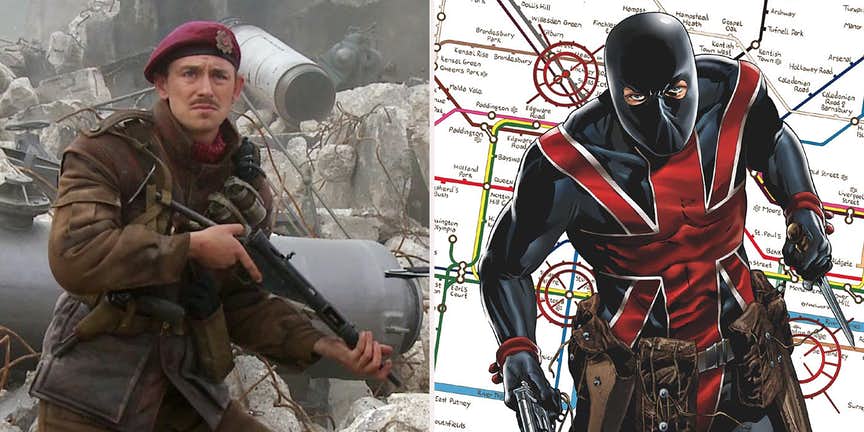 27 Incredibly Funny Ryan Reynolds Moments That Prove He Is The...