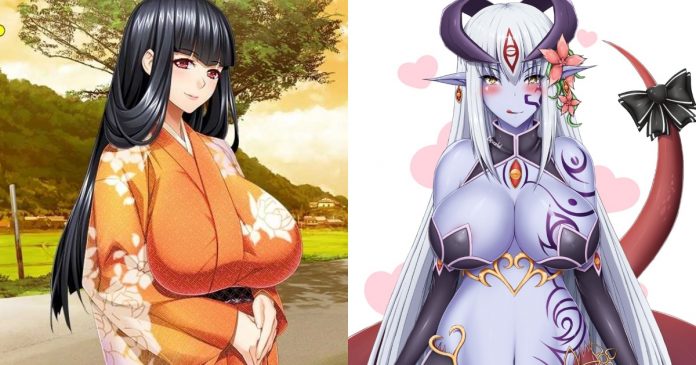 There won’t be many happy endings on this list, and we’ll revisit some old favorites that you may have seen before. If not, at least you’ll be exposed to some new titles. This list will also have some rough scenes, so be aware of that. 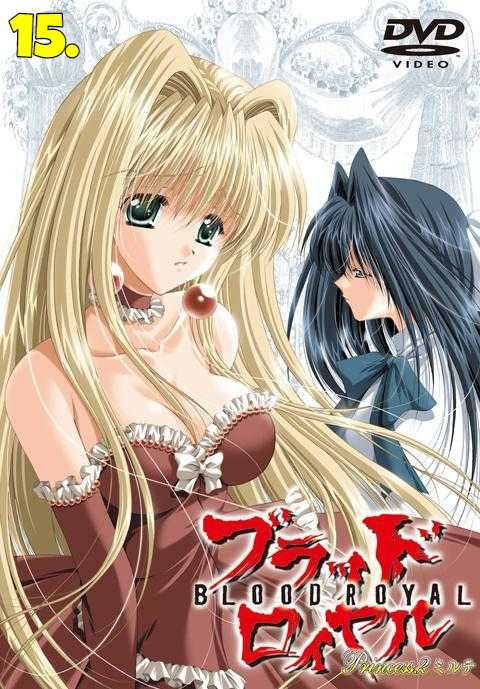 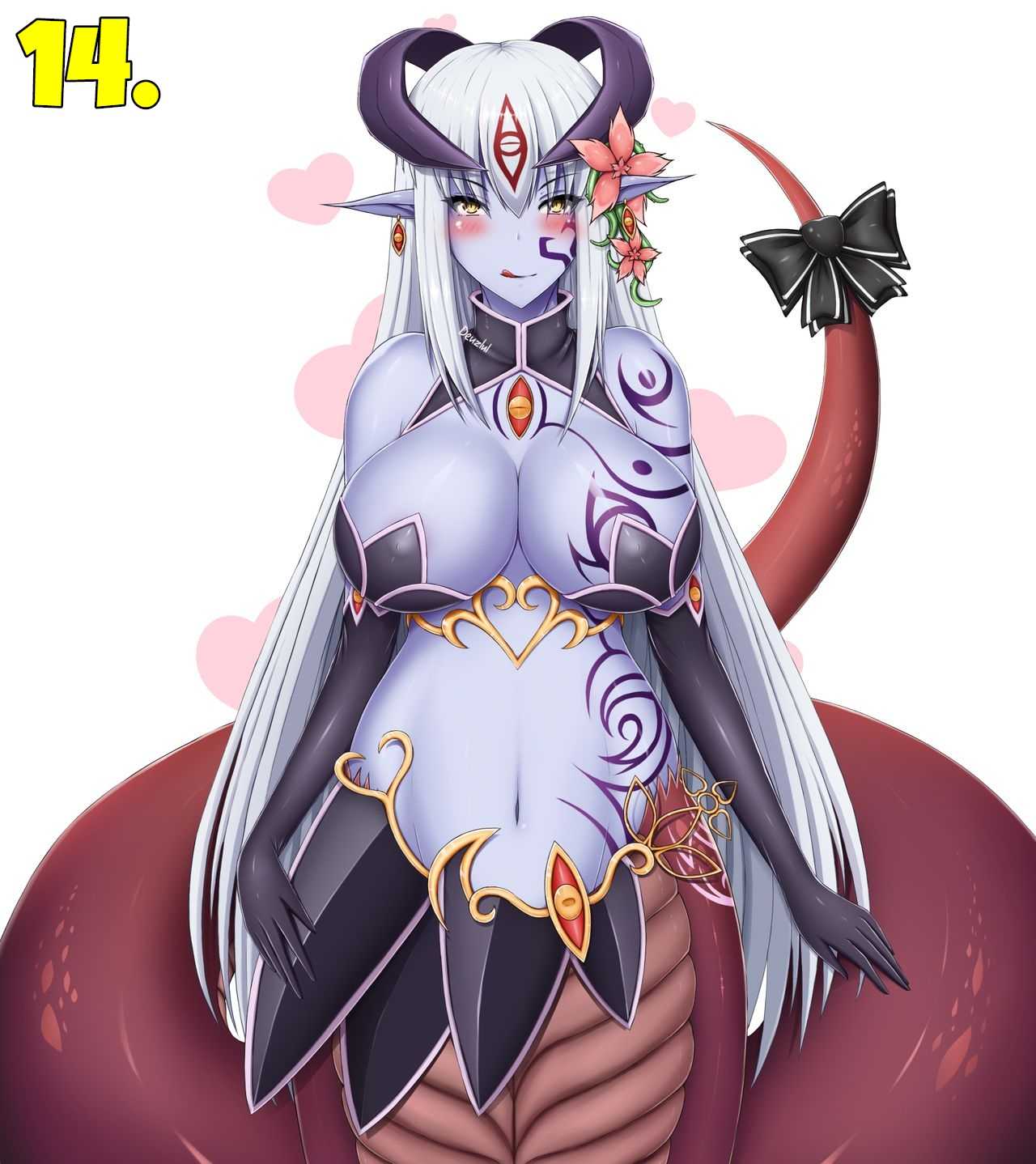 But there is a force against them that wants to make them fall into temptation, and so we find the hero at the hands of demons that want to show him why the succubus is on top when it comes to being in bed. 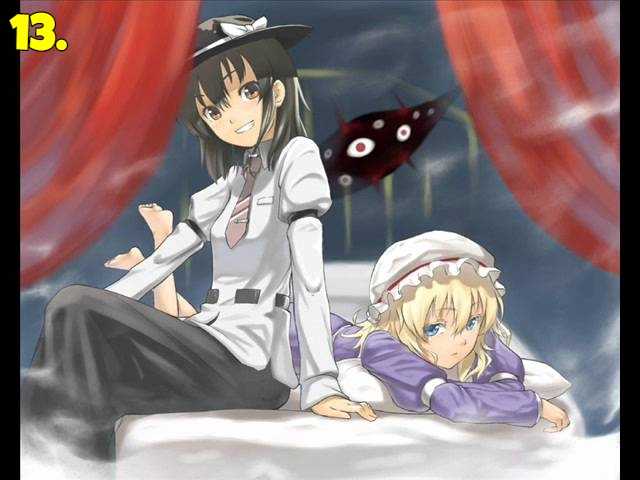 The main character, Kengo, keeps having dreams of a strange world where different animal and plant women are being raped by strange monsters. Why is this, and what is this strange dream world? Before long, it will become more than just a mere dream. 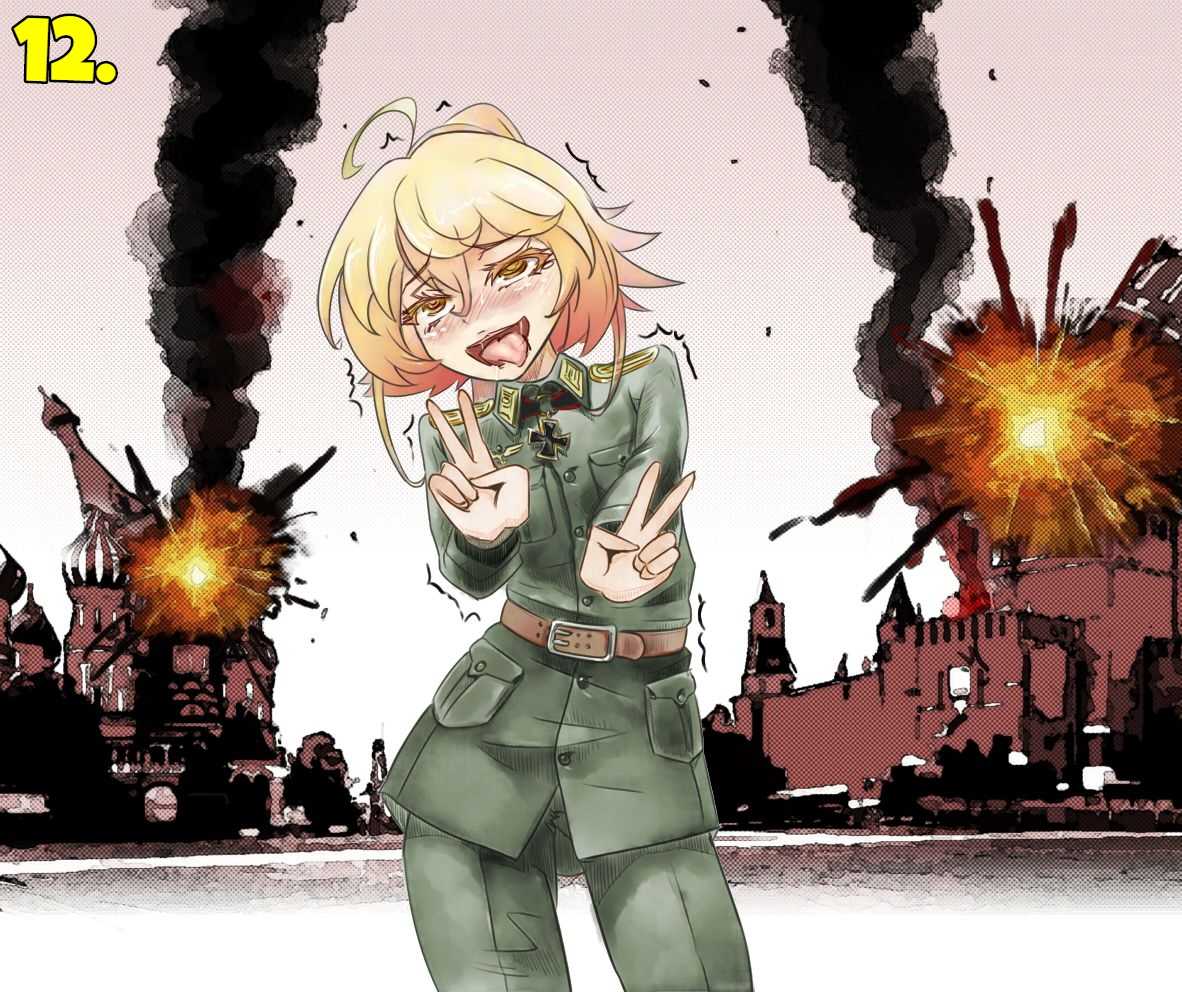 This is a special one because it involves two separate titles; Shoujo Senki Soul Eater and Shoujo Senki Brain Jacker. Now, these two series are not directly involved in any way, but they have a similar development and concept where the two protagonists are overpowered by beast-like enemies and then forced to have sex and moan as they are humiliated.

They both contain scenarios where the protagonists are forced beyond their limits as they are being defeated. One suffers defeat, and the other also suffers from betrayal, but they are both brought to their knees as they are beaten, which is part of the fun. Both series move through a few scenes, so it’s not always the same characters in the same sex scenes. 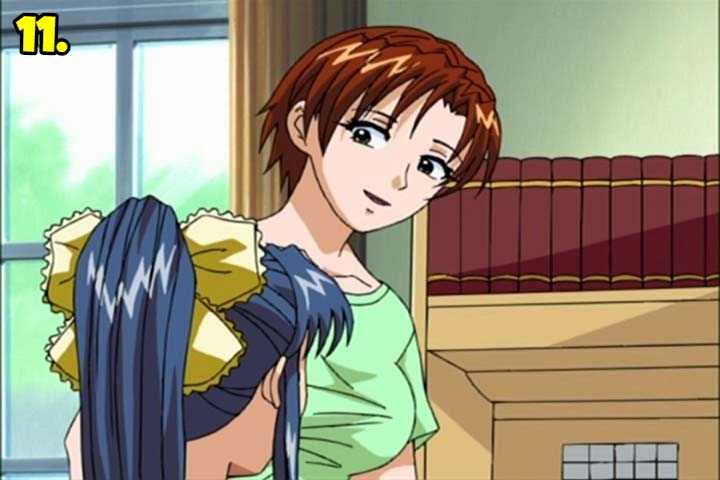 The girls of the Saegusa family are always looking for a new pet to train, as their father is usually away. They are also hiding a dark family secret.

Sometimes they seem naughty innocents: just wanting to have a good time or learn new techniques, but at others can be mildly cruel in meting out their “punishment” to their victim.

The first episode is darker and focuses on two spoiled kids who sexually abuse their mother with the help of their family dogs. 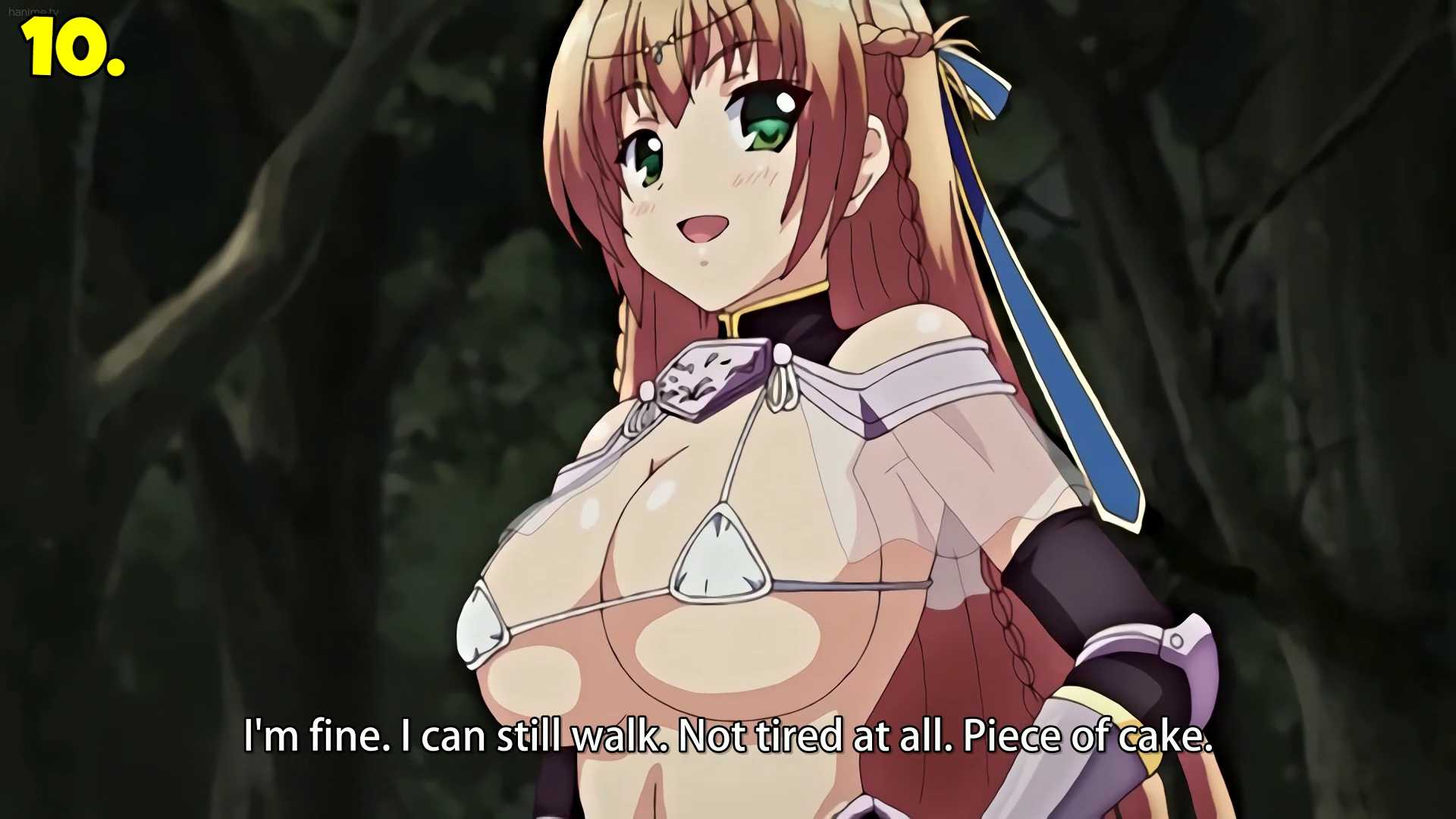 The setting is one that resembles a typical anime or D&D campaign; the protagonist is a character that has always wanted to go out on an adventure alongside her old childhood friend, Erick, and some sort of steward, Nina.

After retrieving a cursed sword, Shiira, the protagonist, is cursed with an insatiable lust that triggers every so often and causes her to fall victim to diverse creatures that prey upon her soft flesh.

The story is enjoyable, and it gives the feeling that the world where it takes place is bigger than initially proposed. Although the sex scenes are quite vanilla, the style of the story is how the protagonist is forced by her own friends to have sex with her despite her contrary wishes. All in order to keep her safe, allegedly. 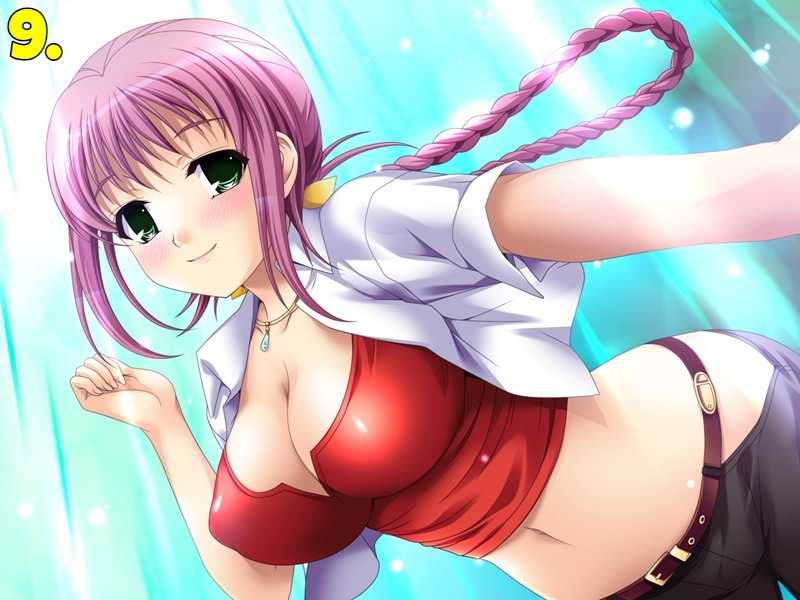 Detective Mibuu Kyousuke is lost in the mountains where he dreams of a girl who was tortured and molested by deformed old men and a bull. After finding a house, he meets Yukino, the girl from his dreams, and decides to save her.

Yukino thanks him for being so kind, but asks him to leave because it is dangerous there for outsiders. His desire grows stronger the longer he stays at the house. Yukino and her family suffer nightly torture. Can he save them, or will he become their victim? 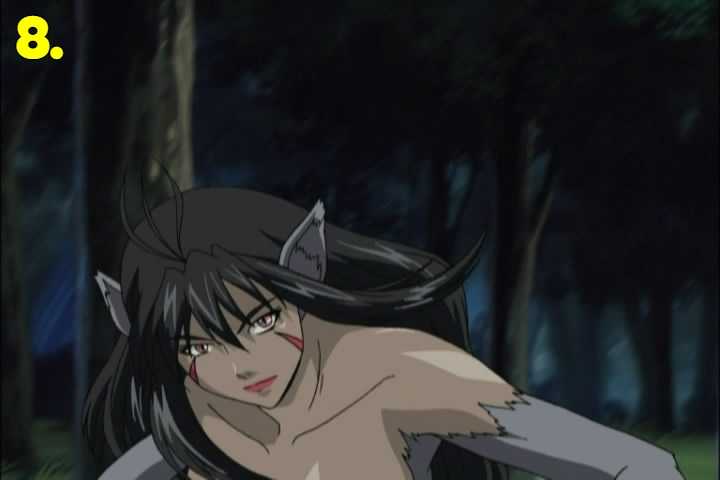 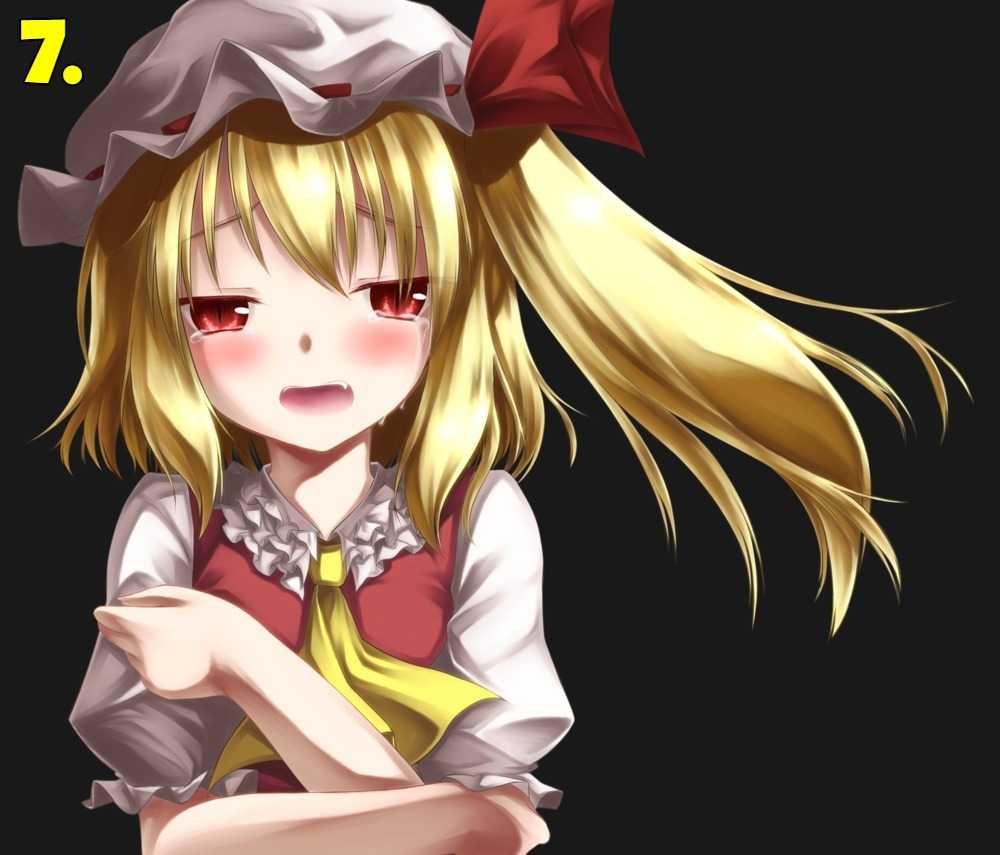 But it all goes off a cliff when she finds a horde of demons has taken over the realm, and its leader has the brilliant idea of exchanging the freedom of the kingdom if the voluptuous princess can withstand a few, tiny, insignificant number of days of torture and abuse.

There isn’t any “gore” on the chapters, but the fact Catue is ravaged for over a week at the hands of her subjects, enemies, pigs, and friends, makes it worthy of appearing on the list. 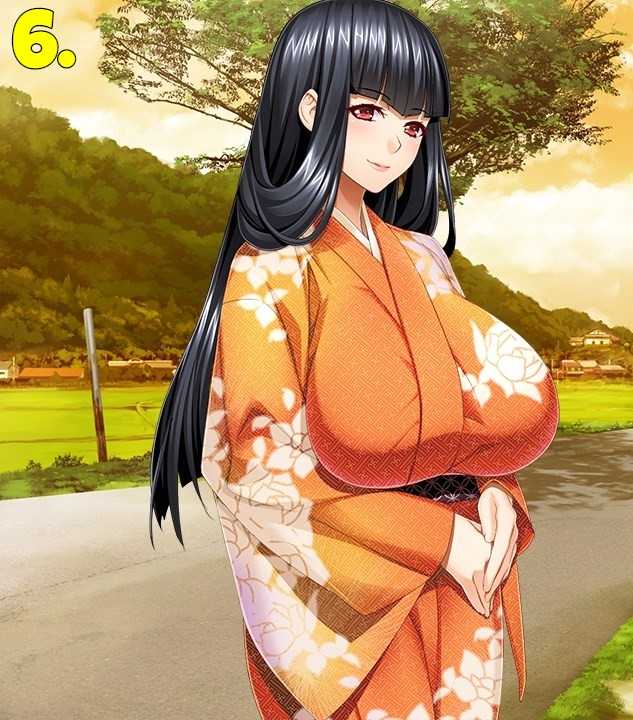 Our protagonist is an in-training ceramist out in the countryside who just so happens to have four different girls all fighting for his love! A simple country girl, his big sister, a fox deity, and the daughter of his mentor! How could he ever choose just one?! They decide to fight for his love by having a newlywed day for each of them to see who he prefers.

Faces are nicely animated and expressive, not staying one way for too long, and the protagonist’s eyes aren’t shaded out very often.

It is, at its core is vanilla. It doesn’t do too much new with it but provides competent versions of the basic formula, varying in form, setting, and background. 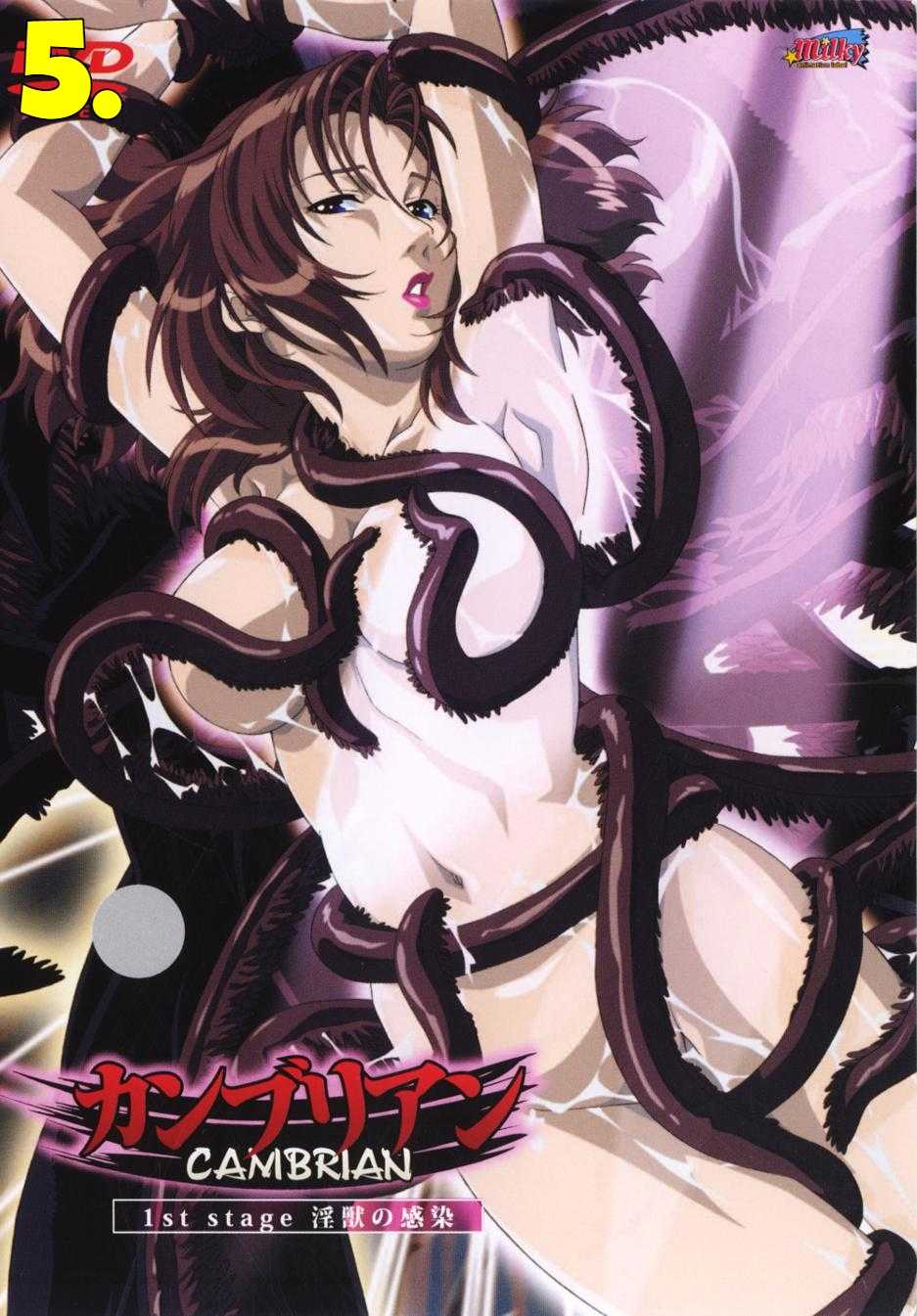 Cambrian has a superb animation, but you couldn’t expect less from the crew that brought Bible Black to life, and the design of the characters and the “enemy” is just something that makes every sex scene thrilling since it’s not always the “monsters ravages girl” scene. 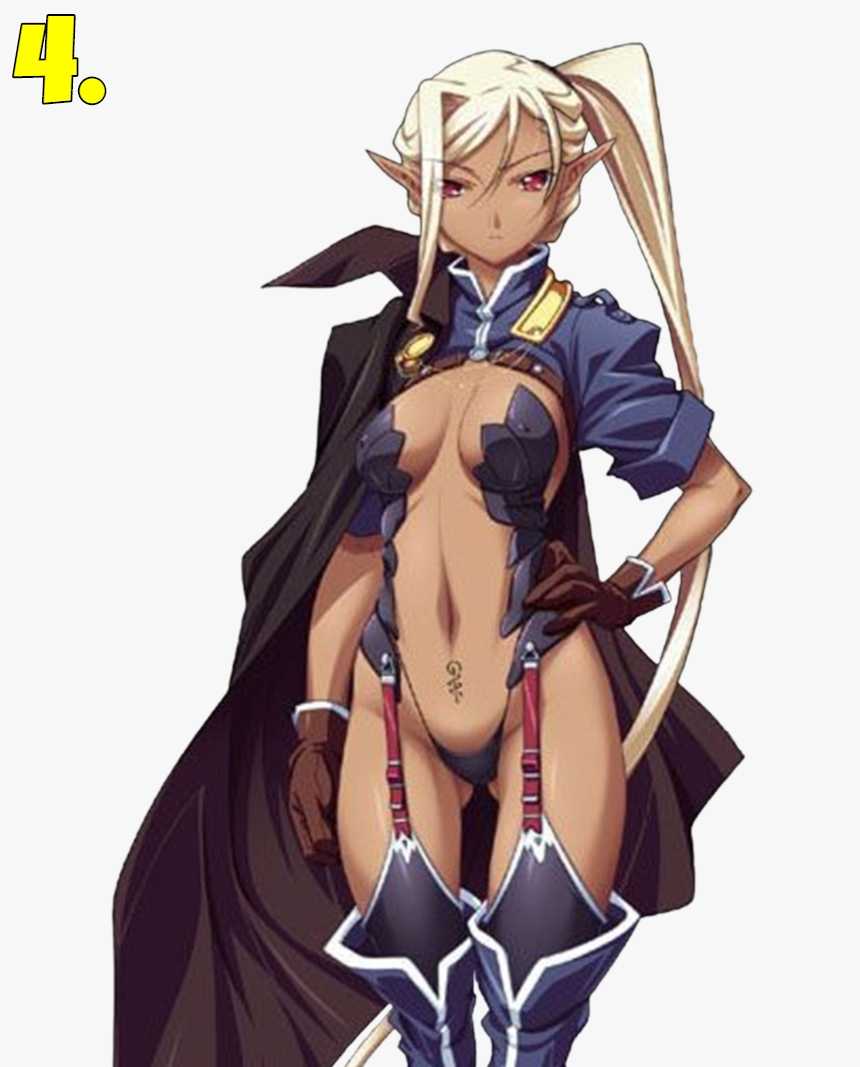 For over a century, humans and dark elves have fought for dominance in Eostia. For generations, the dark elves have ruled over a race of monsters who have raided human lands, capturing and defiling their women. The human kingdoms have gradually pushed back their old rivals, aided by powerful mercenary bands.

The mercenaries, on the other hand, were not satisfied with these victories. The sellswords declare independence, led by the cruel general Volt. Their new nation, with the help of the savage orcs, attacks both humans and dark elves, carving out a kingdom where men rule supreme and women are treated as slaves. The dark elves’ castle is also taken over, and their queen is imprisoned.

The goddess of the high elves handpicks a group of seven princess knights as the only hope for peace in these lands. Is their power, however, sufficient to rid their world of evil? 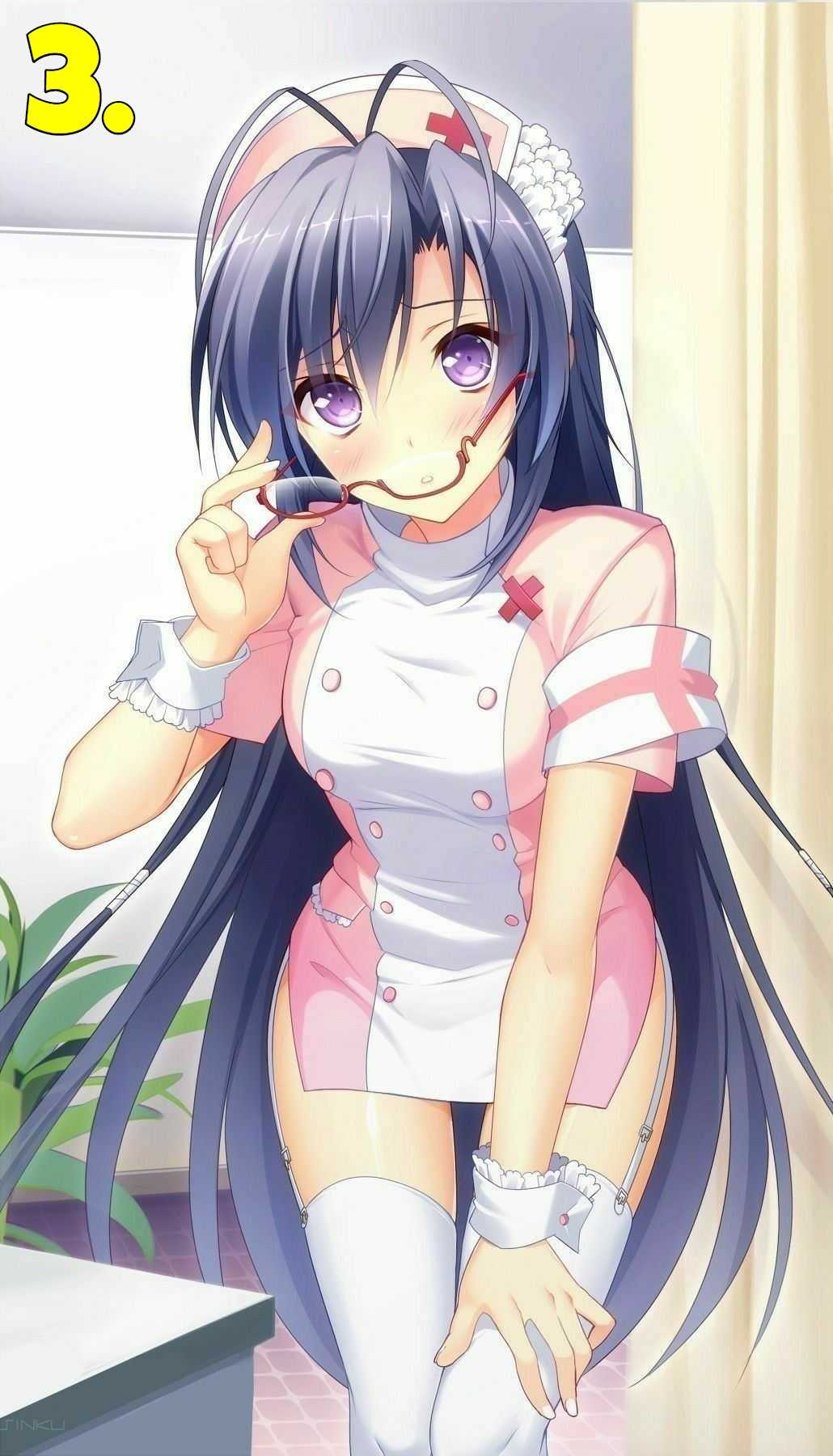 It all begins when a certain girl arrives to the academy and decides to look for Pandora’s Box, releasing the entity held inside it and causing it to attach to herself. This entity demands her to bring her magical powers from the female students that study there. Any guess on how she obtains that magic the entity wishes?

Pandra combines an animation style that has been quite famous in the last few years, but it also allows for enough dialogue to explain why everyone is getting banged by a multitude of clones, a minotaur, demons, or a whole bunch of tentacles. 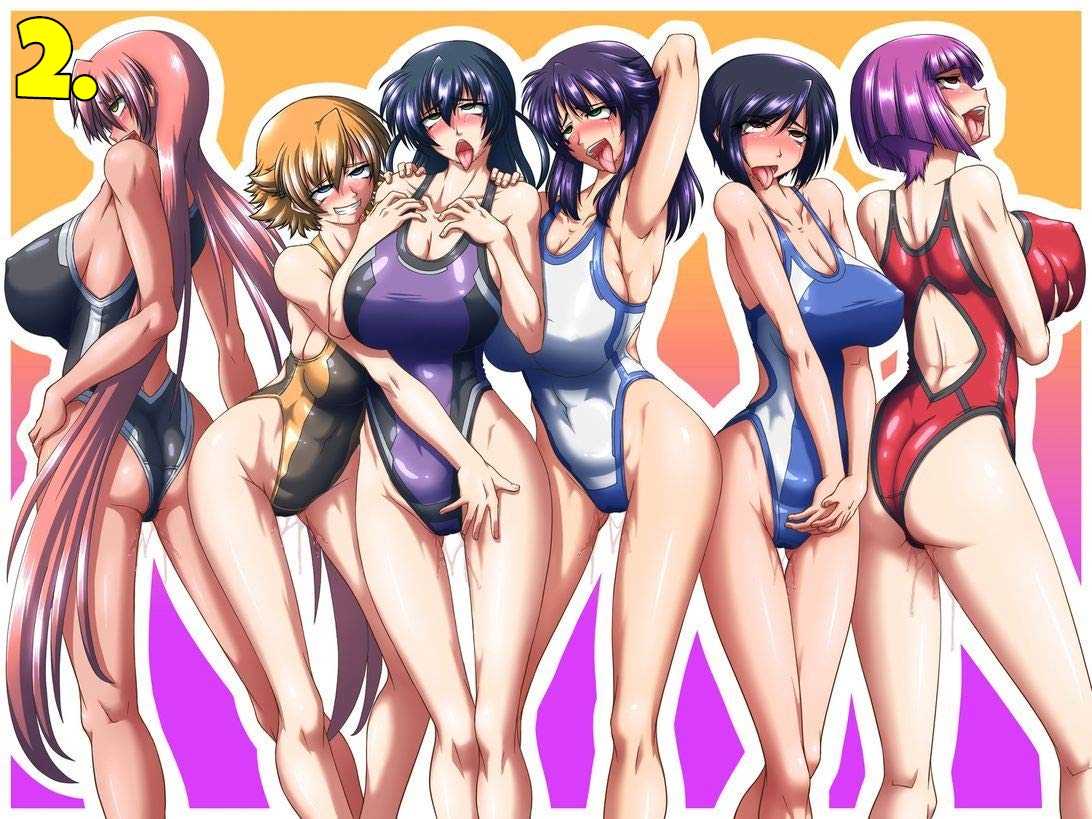 Tokyo, the diabolic city, was being invaded by dark existences. Darkness begins the action behind the success of the ninjas of justice called Taimanin. Hell knight Ingrid revealed a diabolic doctor, Sabato Kiryuu, who belonged to the group of darkness Kanomado, betrayed her. He managed to escape from the spot.

However, Kiryuu counterattacks her in a certain hideous church, and she becomes a captive. Kiryuu attempts to destroy Ingrid’s noble soul and deceive Edwin Black, the vampire, into saving her with vengeance. To disgrace Ingrid, he encourages a group of monsters bent on revenge against her.

The art is a standout enjoyment in this series, with Ingrid and Murasaki’s character designs being simply amazing. They are both full-figured and very attractive. All the characters have distinct personalities.

The only two characters that matter are Ingrid and Murasaki. Both are introduced as girls with a fighting spirit, which quickly withers away as they are taken captive by the antagonist of the series. The sex is rough and brutal as they scream for Kiryuu to stop his madness. Brutal, although not all that gruesome. 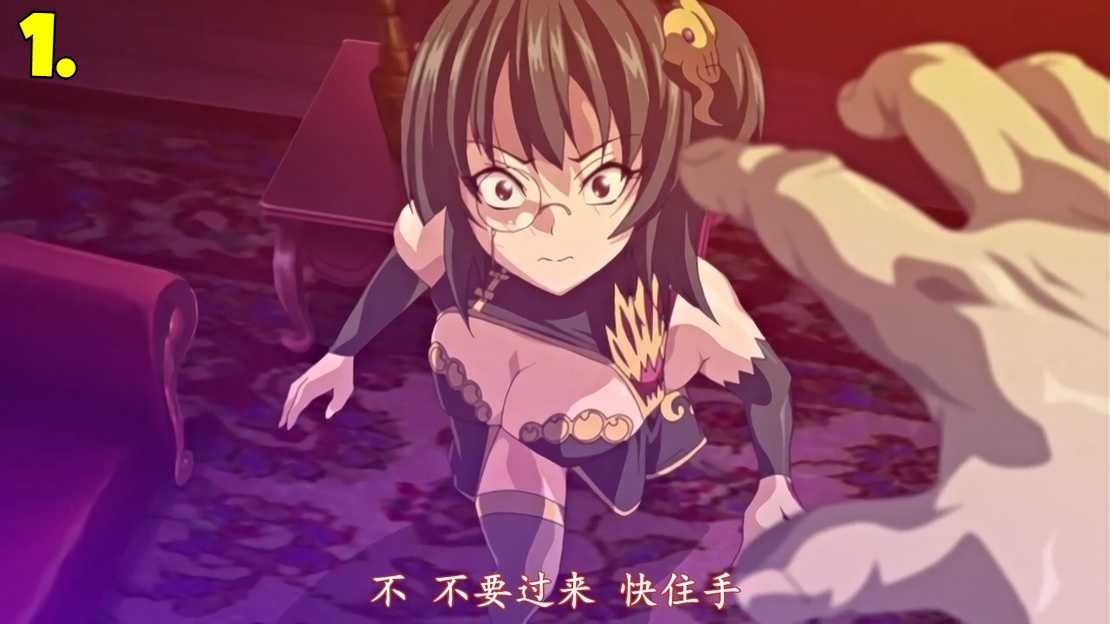 Van Clad, the infamous pirate, ruled the seas without challenge until a cunning navigator orchestrated mutiny and killed him while on a treasure expedition. As he drew his final breath, he vowed to one day return and avenge the descendants of his betrayers.

A newly reborn pirate, now in possession of the officer’s memories, learns that his host is actually a celebrated military figure from the Kingdom of Austria, founded by none other than the traitor navigator who murdered him centuries before.

Taking the guise of Klaus, Van Clad enslaves the women of Austria and turns the kingdom into a pirate lair in order to defile the legacy of the man he hates most.

This only serves to picture how ruthless pirates could be and how far they were willing to go. The sequences are fast and crude, much to any fan of rough sex and bestiality.