Geeks on Coffee
More
Home Comics Infinity War New Theory: It Was Loki All Along As Bruce Banner 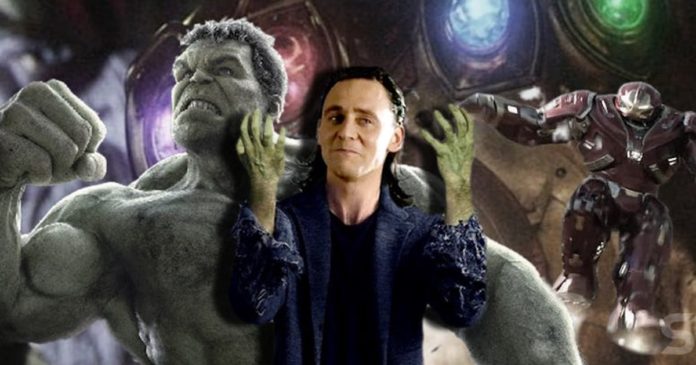 Is it possible that Loki didn’t die in Avengers: Infinity War, and he is hiding in clear sight, under the garb of Bruce Banner? While Marvel President Kevin Feige has suggested that the deaths in the Infinity War are irreversible, and the movie’s opening sequence had Thanos telling fans, “No resurrections this time.” The villain might have given a hint to the viewers, assuring them that this time Marvel would not follow the typical route of fake deaths. However, by the time Infinity War ended, it was obvious that the chances were not as high as expected. Thanos’ did a finger snap and wiped out half of all life from the universe, but, his most notable victims were the heroes who have confirmed sequels coming up. While we expect the actions of the Mad Titan to cause long-term ripples, but, some of the deaths were surely fake.

Assuming that is the case, it makes any death in the movie subject to doubt, and that includes the death of the God of Mischief. While he was expected to die, we know he had the Tesseract, and that always put him in the harm’s way. By killing Loki in the opening sequence, Marvel used a shock tactic, to make us feel that the film was deadly and the gamble worked. However, what if Loki didn’t only fool Thanos, but, also tricked the viewers? Josh Dickey is a former entertainment journalist, and he has come up with a fascinating theory about Loki hoodwinking everyone throughout the film. Once again, Loki is alive and roaming around as Banner.

This theory is surprising, but, if we take a closer look, there is a much stronger argument to back it. Let’s take a look at all the evidence. 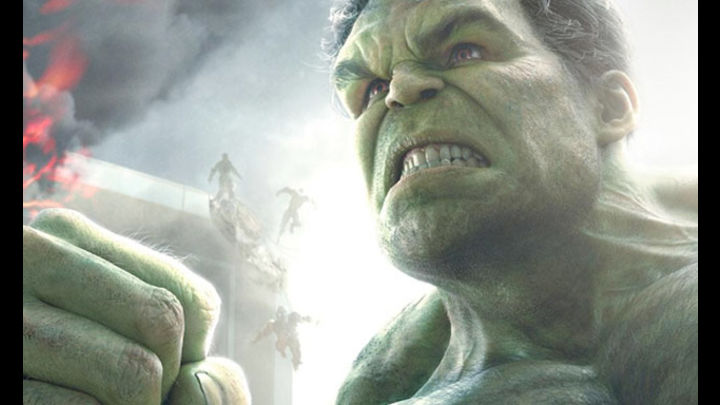 The unusual behavior of Bruce Banner

There is definitely something amiss about the scenes on planet Earth featuring Bruce Banner. He appears to be a bit unhinged, hurrying from one scene to another with a feel of funny desperation. After Banner met Black Widow, they exchanged an uncomfortable smile, and then had no private talk at all. The Russos maintained that it was due to the lapse of two years and they both have moved on in life, but, that’s now how things work for Banner. Despite having spent the last couple of years in the space as Hulk, it was only as if the events of Age of Ultron took place only a few days back for Banner. It also doesn’t reveal why such a reunion film made Scarlett Johansson feel so devastated. Maybe she was talking about a scene that we haven’t seen so far.

Bruce Banner’s “performance issues” further make us believe in this theory. In the movie, he is not able to turn into the Hulk. It was quite an unexpected turn of events and not one that convinced us. The basic problem was the audiences couldn’t figure out what made the Hulk remain hidden during the Battle of Wakanda. The common consensus is that the Hulk was frightened after Thanos had pummelled him earlier. The Russos themselves didn’t expect fans to derive this meaning and proposed that the Hulk is unwilling to come out only for a fight He is annoyed with Banner, and doesn’t want to be his weapon. Could it be possible that the actual reason behind the performance issues was some acting and illusion created by Loki?

The bottom line is that Bruce Banner is well-versed with the Infinity Stones, and knows more than he ought to. He is also apparently able to remember everything that the Hulk had experienced on the Asgardian ship, and that is unusual. In the past movies, we have seen how Banner had no memory of what all happened during his Hulk time. This is just not right. 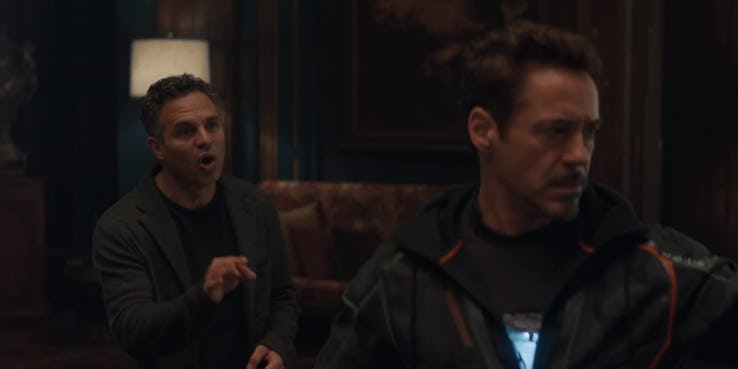 The opening scenes of Avengers: Infinity War are quite weird, not just due to Heimdall’s unexpected decision to dispatch the Hulk to the Sanctum Sanctorum. That part is directly inspired by Jim Starlin’s Infinity Gauntlet miniseries; wherein we saw the Silver Surfer smash into the Sanctum Sanctorum in an identical fashion. But if we go by the plot of Avengers: Infinity War, this doesn’t look right. How could Heimdall know where to send Bruce Banner?

One likely answer is that the whole chain of events was planned by Loki. He and Thor are two people who know about the Sanctum Sanctorum. Not only that unlike Thor who might not have identified the Infinity Stone held by Doctor Strange, Loki is much more familiar with the Stones. We don’t think he would have missed out noticing the Time Stone around Doctor Strange’s neck when they met in Thor: Ragnarok. It is evident that Strange is someone who wields an Infinity Stone and is capable of understanding the threat posed by Thanos, and that’s why Loki decided to contact him.

However, here is the problem. Loki is also aware of the fact that Strange is unlikely to trust him. He already had a bit of an issue with him in Ragnarok. Therefore, if he visited Strange as Loki, he is unlikely to be trusted or welcomed by the Sorcerer Supreme. Therefore, it is a better option to go there under some disguise. Once again, if he had visited him as one of the Avengers present on Earth, his secret might be spilled, and his warning might go unnoticed. 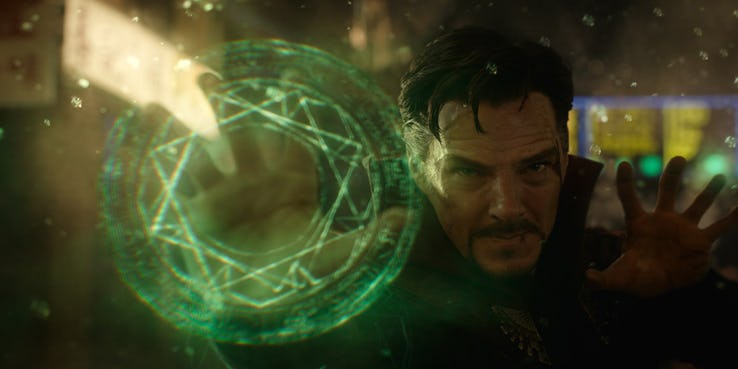 Banner was not aligned to any side in Captain America: Civil War

We don’t know whether Loki had any means to be fully aware of the incidents that took place in Captain America: Civil War, so this might be pure good luck, but, Banner was the ideal disguise because he is one of the few Avengers who were not involved in the Avengers split. Upon Loki’s arrival, Iron-Man was not willing to call Steve Rogers, but, Loki knew that the Earth’s heroes must be quickly brought together to battle Thanos and his evil Black Order. The Avengers were unlikely to unite on their own, and the universal catastrophe was rapidly nearing.

Therefore, the one way for Loki to get them all together was to disguise as someone known, a person who wasn’t a part of the superhero conflict. Therefore, Bruce Banner turns out to be the right choice. There is definitely a dash of humor to this idea of Loki bringing the Avengers together. What is surprising is to note that there is a comic book history of such a thing happening. In Mighty Avengers by Dan Slott, Loki had turned into Scarlet Witch to convince Hank Pym to set up a team. 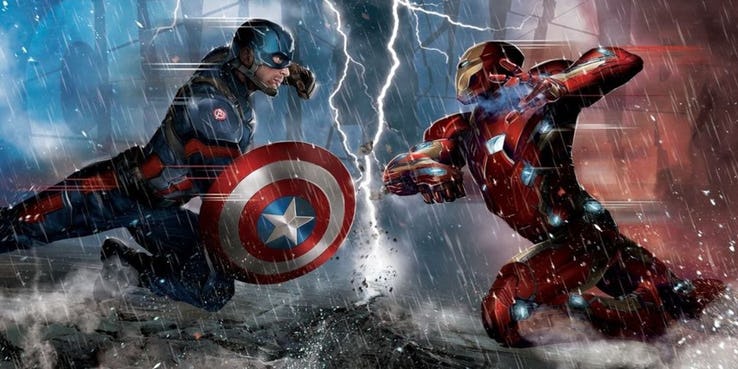 Is this why the Hulk’s storyline got changed?

This could also explain why Marvel had changed the Hulk’s narrative in Infinity War. Merchandise associated with the movie indicated that Marvel had planned to make the Hulk burst out of the Hulkbuster armor in the Battle of Wakanda. According to the Russo brothers, the merchandise was based on a previous draft of the script, and also the fact that the CGI in some scenes of Banner/Hulk wasn’t up to the mark, which means it might have been added later. It is true that the final story didn’t connect well to the audiences. The Russo Brothers have been quite surprised to see that the audiences felt that the Hulk was scared of Thanos.

However, it is all misleading, a smart trick not only on the Avengers, but, the viewers themselves, and it is not illogical.  This theory contends that the Russos decided at a later stage that Bruce Banner was actually Loki, the God of Mischief. Obviously, Loki is not capable of turning into the Hulk, and that is why the Hulkbuster scene never happened. However, that leads to a very difficult question. 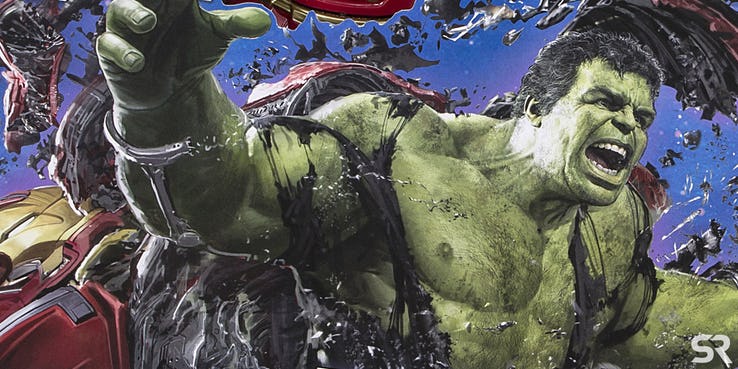 Where is the Hulk?

Assuming this theory to be correct, the Hulk has not been a part of this film, after the opening scene or maybe not even then. Rest is simply a trick by Loki, a clever illusion that he played upon those around him. Then what happened to the actual Bruce Banner?

Banner is not the only character absent from the film. Viewers have pointed out three different absentees from that Asgardian refugee ship, Valkyrie, Korg, and Miek. It has been revealed by the directors that Valkyrie had got off the ship before it blew up, but, made no mention of Korg and Miek. What if the actual Bruce Banner is accompanying the three Asgardian survivors?

The fascinating part is, Tessa Thompson was spotted filming for either Infinity War or Avengers 4 in Edinburgh. Since it has been confirmed that some Infinity War scenes were deleted, we think Valkyrie and the above mentioned Asgardian survivors might appear in Avengers 4. Thor was accompanying the refugees to planet Earth, and they might still continue their journey, and Valkyrie and the others will join the heroes to bolster their ranks. In case Bruce Banner is with them then Loki’s lie will also be exposed. 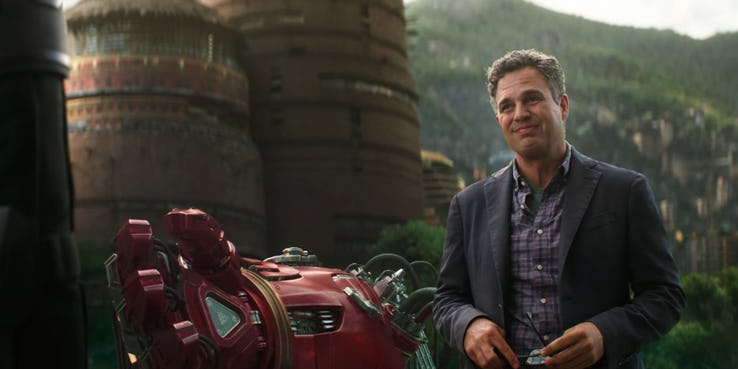 At the first glance, this theory seems to be one of the countless interesting fan theories doing rounds of the internet. However, if we look carefully, it has a strong basis. It not only fits well with the story of Avengers: Infinity War, and also solves some of the weird plot points of the film, besides having comic book origins.

We are not suggesting that you should believe it to be authentic though. We are just preparing to see whether Thanos’ assurance of “no resurrections” is ignored in Avengers 4 or not? Loki is among the few characters expected to remain grave bound. Also, there is no way to convincingly explain why Banner couldn’t turn into the Hulk. If the Russos don’t find a way to address these points, then it might be revealed that Loki once again cheated death in Avengers: Infinity War. 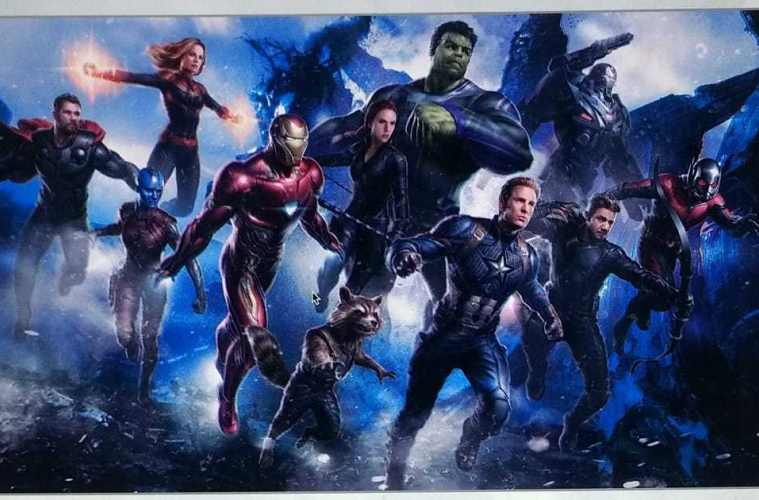