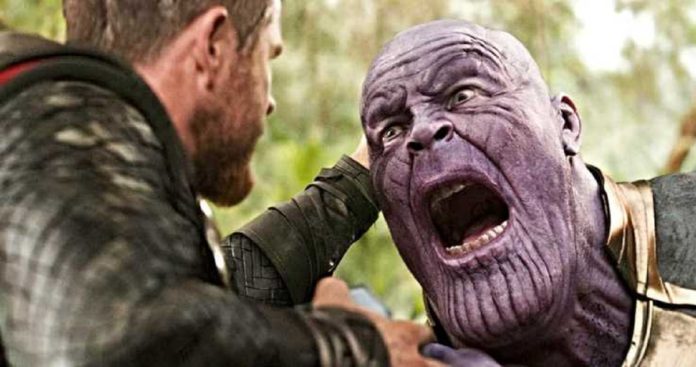 A new concept art for the movie, Avengers: Infinity War that has been released, reveals a much bigger fight between the Mad Titan and Thor. We had seen many different looks for Bucky Barnes and Steve Rogers and may designs for Thor’s suit as well.

Avengers: Infinity War – The Art of the Movie shows the fans that the Russo Brothers wanted to have many more Avengers battling Thanos, instead of having just Thor. This concept art looks similar to the fight on Titan where Iron Man, Spider-Man, Drax, Star-Lord, Mantis and also, Nebula. In this artwork, Hulk and Steve Rogers are seen holding the Thanos’ arms, and Thor then throws his axe into the purple cosmic villain. 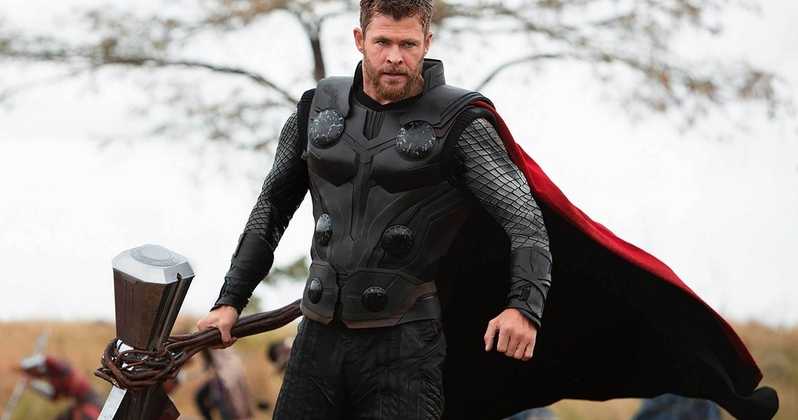 The concept art for Infinity War seems like the battle was a whole lot more intense than what we actually saw in the final movie.

The movie, Avengers 4 will surely throw some light on the real reasons why the Hulk did not want to come out an help Bruce Banner. A lot of the fans have also assumed that Hulk was scared after he had encountered the Mad Titan, but the Russo Brothers said that this was not the reason. Marvel’s Avengers: Infinity War – The Art of the Movie book gives a lot of insight into how this movie had been put together and how the changes had been made.

The long-awaited title and trailer of the movie, Avengers 4 will release by the end of the year. Avengers: Infinity War – The Art of the Movie will release on November 6th. 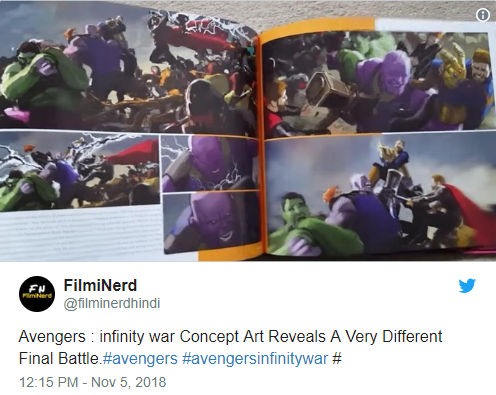 10 Super Powerful Aliens Of The MCU