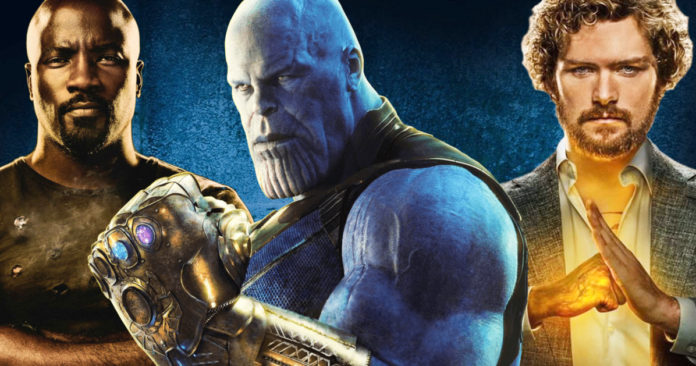 All the Marvel fans have been busy trying to digest the cancellation of Iron Fist and Luke Cage. Now, the fans are blaming the Mad Titan Thanos for these cancellations.

Well, last week, Marvel and Netflix announced that Iron Fist, which was rebounded from a very rough and tough debut season to a very positively-received season 2  would be cancelled.

“Marvel’s Iron Fist will not return for a third season on Netflix,” Disney and Netflix’s statement read. 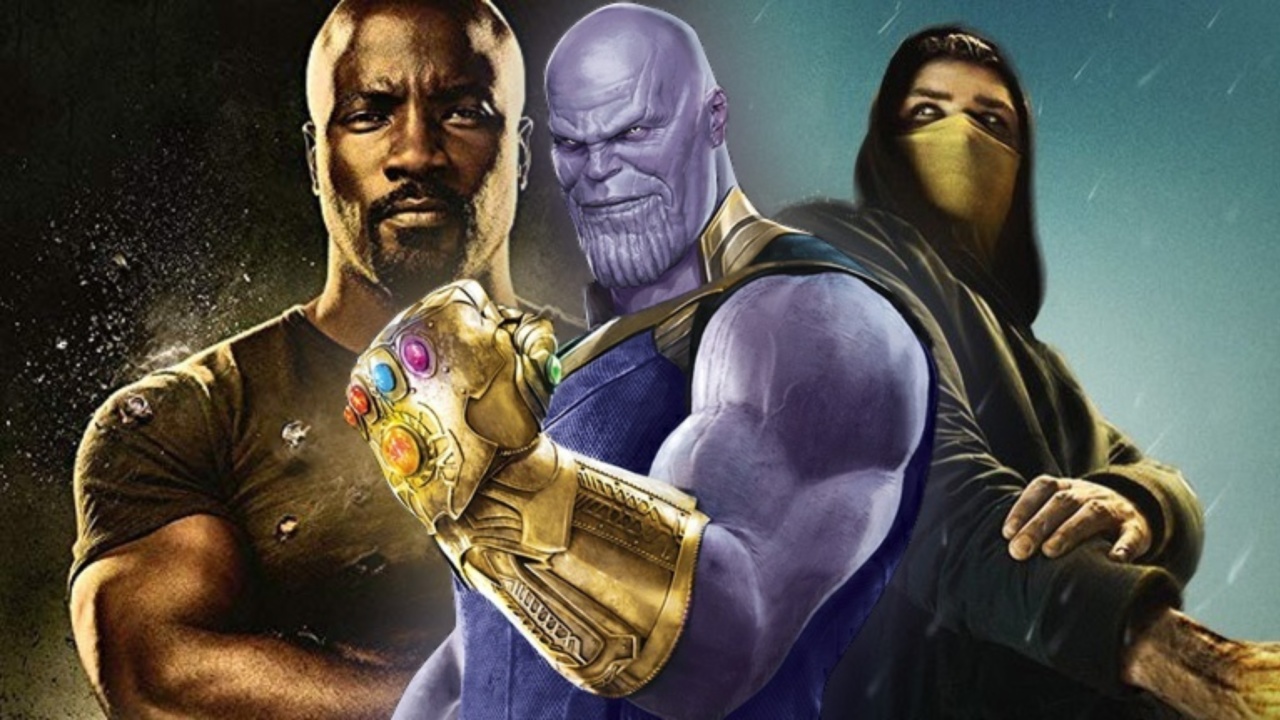 “Everyone at Marvel Television and Netflix is proud of the series and grateful for all of the hard work from our incredible cast, crew and showrunners … We’re thankful to the fans who have watched these two seasons, and for the partnership, we’ve shared on this series. While the series on Netflix has ended, the immortal Iron Fist will live on.”

Iron Fist had not been as well received as the other Marvel shows on Netflix, so this cancellation had been way easier to comprehend. But just then, Netflix cancelled Luke Cage.

“Unfortunately, Marvel’s Luke Cage will not return for a third season,” a statement by Marvel and Netflix read. 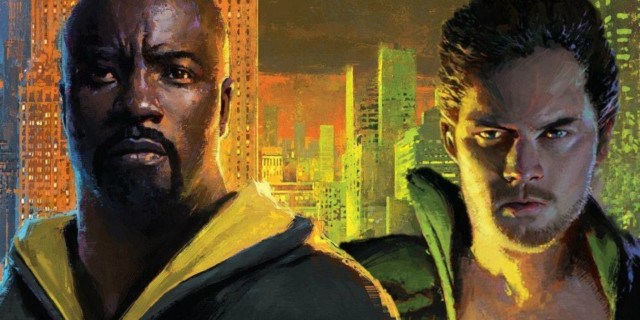 “Everyone at Marvel Television and Netflix is grateful to the dedicated showrunner, writers, cast and crew who brought Harlem’s Hero to life for the past two seasons, and to all the fans who have supported the series.”

Luke Cage’s cancellation had come as the highly praised season 3 of Daredevil had dropped on this streaming service. Now with all these shows cancelled, we are yet to see what will actually happen with all the other Marvel Netflix shows like Daredevil, and Punisher and Jessica Jones.

The fans still feel the cancellations are because of Thanos’s snap:

1 IT’S ALL CONNECTED AFTER ALL 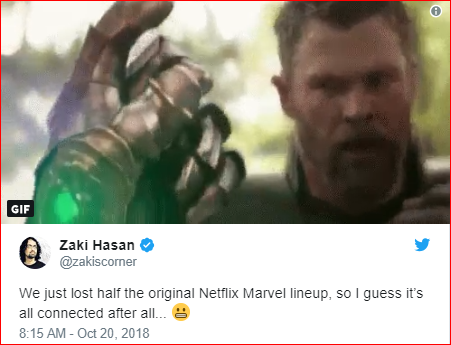 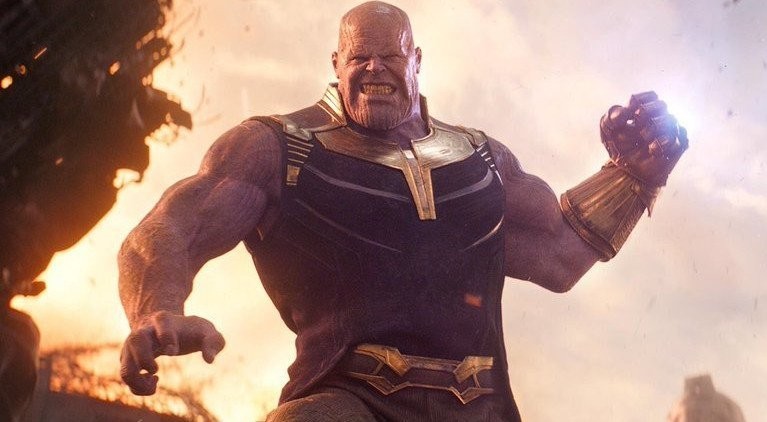 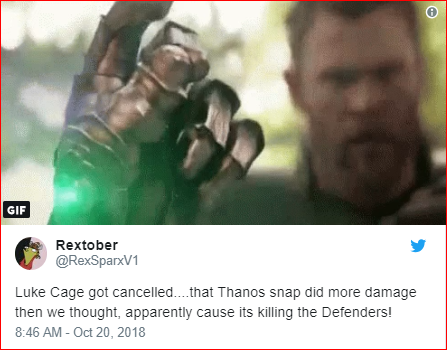 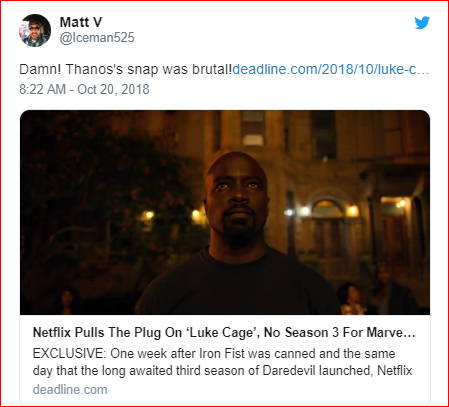 5 HOPE THEY REMEMBER YOU 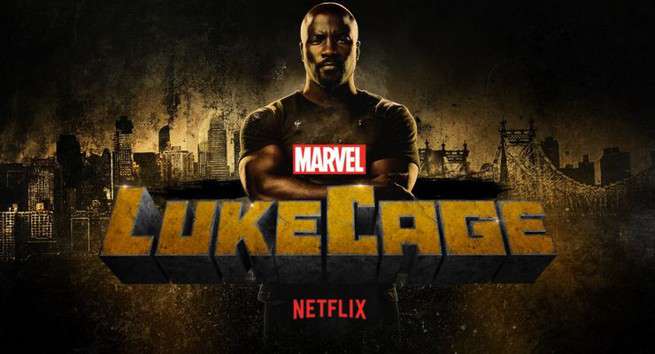 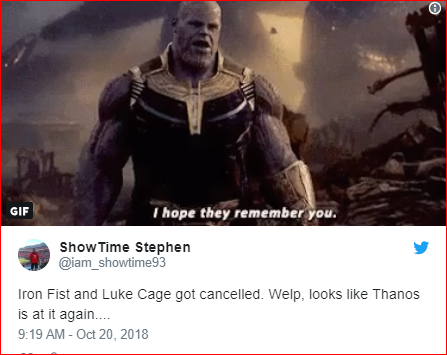 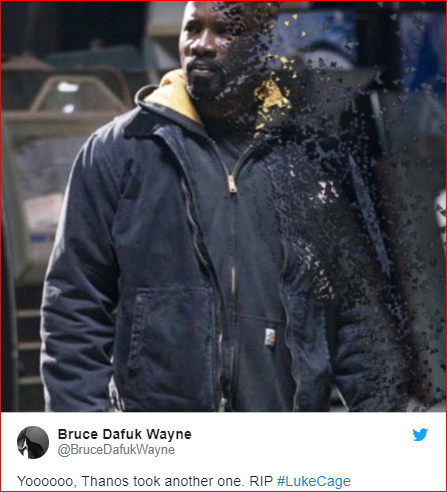 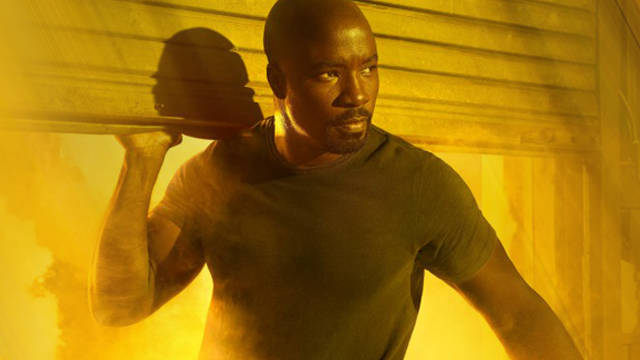 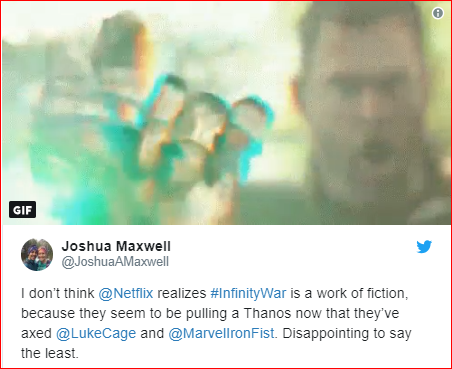 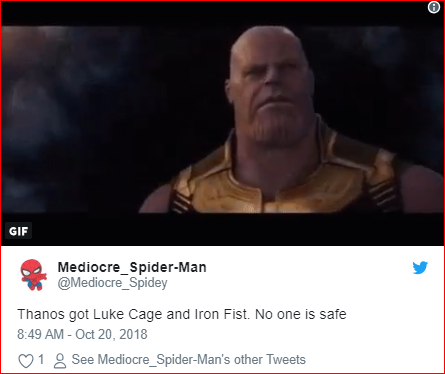