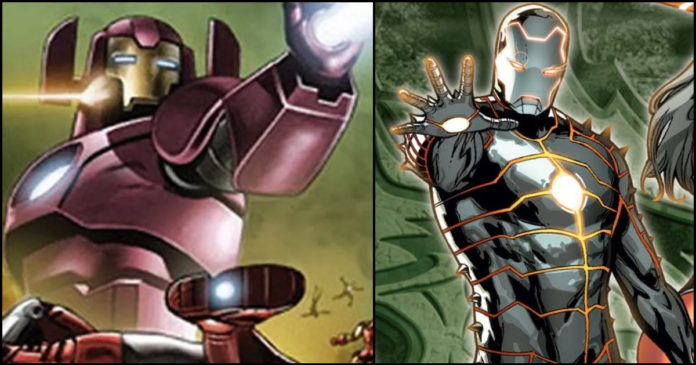 It is indeed the most renowned, but, the Hulkbuster which has already made spectacular debut in the Marvel Cinematic Universe is not the only suit that Tony Stark has created keeping in mind a particular super-enemy. Here we present to you 8 ‘buster’ suits of Iron-Man from the Marvel Comics, which are probably even better than the Hulkbuster.

Well, this wasn’t exactly a suit designed for Tony, but, it was a suit designed to battle Magneto. It doesn’t sound smart by any stretch to imagine Iron-Man battling the Master of Magnetism, but, Tony was ready when these two battled in Avengers vs. X-Men. It worked as this iron was created entirely using carbon nanotubes, a weird way to use science in comic books, but, good enough for Tony Stark. 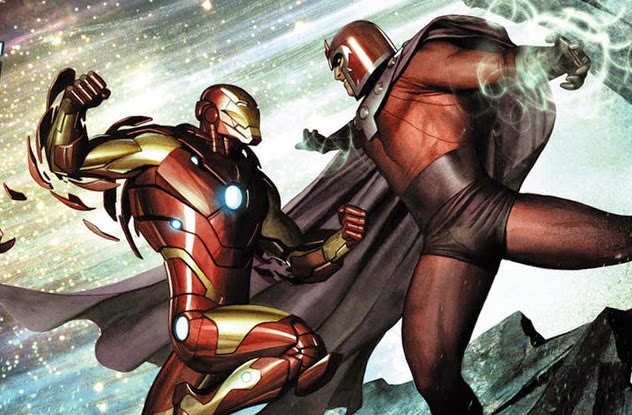 It’s usual for comic book villains to have great brains. In a comic book, A.I.M. created the Extremis Virus, and Tony was upset at its comeback, so he resolved to hunt down and destroy all the sources of the virus on his own. He spotted a Catacomb in France where 13 Extremis-powered superhumans were made, and he created a high weaponry suit to take on numerous enemies simultaneously. The suit had enough weapons to overpower a small army and also created a forcefield to repel various types of attacks. 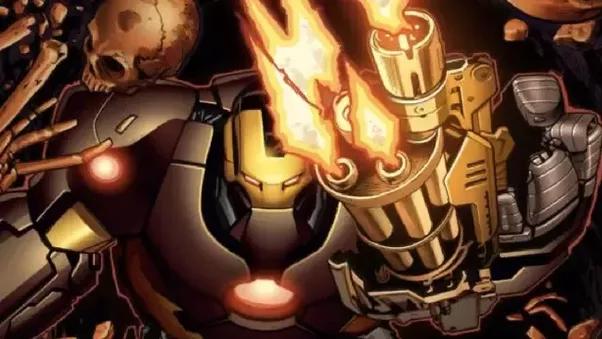 As described by Tony, this suit had an Asgardian Gem that Thor had gifted to humans to create a non-polluting source of energy, but, after the relations between Earth and Asgard soured due to the killing of Asgardian pilgrims in Sokovia (master-minded by Doctor Doom), Thor chose to go against his fellow Avengers. That made Tony battle Thor in a suit powered by the Asgardian crystal, that would have allowed him to beat Thor. However, Thor swiftly destroyed the suit’s core, and Tony had to bail out. 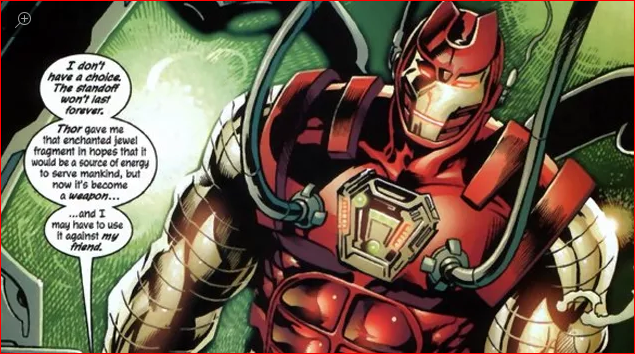 In case you noticed, despite being made to counter a particular enemy, these suits fail to work in certain circumstances.  The same thing happened with ‘Phoenix Killer,’ a special suit designed to destroy the Phoenix Force before it could return to Earth.

Tony managed to shred the Phoenix Force into five separate parts which quickly took possession of some X-Men in the vicinity, leading to more dangers than the one posed by a single Phoenix Force. Brilliant work by Tony! 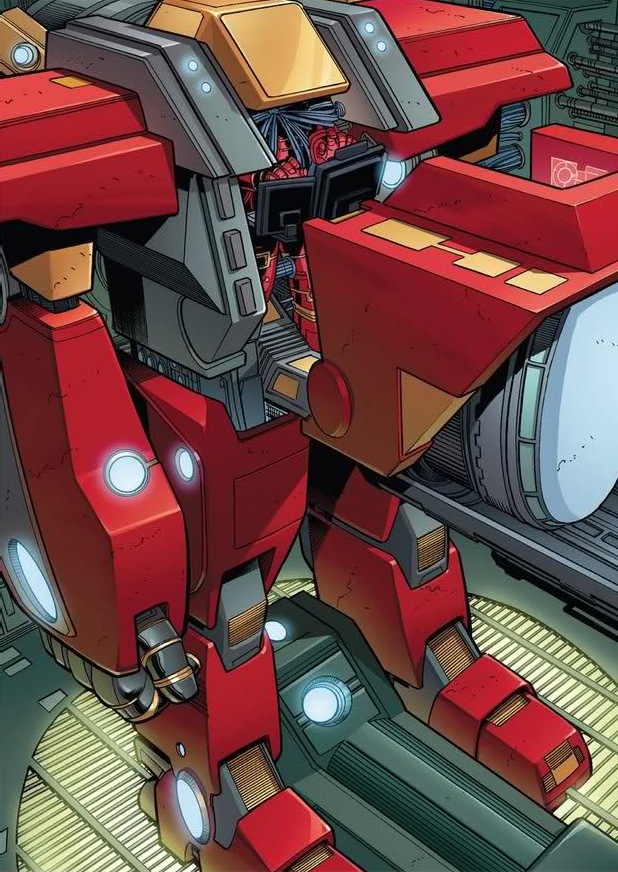 This one was created to tackle an angry Hulk who had returned after spending time in exile on Sakaar, apparently mad with Tony and the Illuminati for forcing him to. Despite its bulked up armor and tech, the suit failed to match Hulk’s power who destroyed by nearly slamming the whole Avengers Tower on Iron-Man. 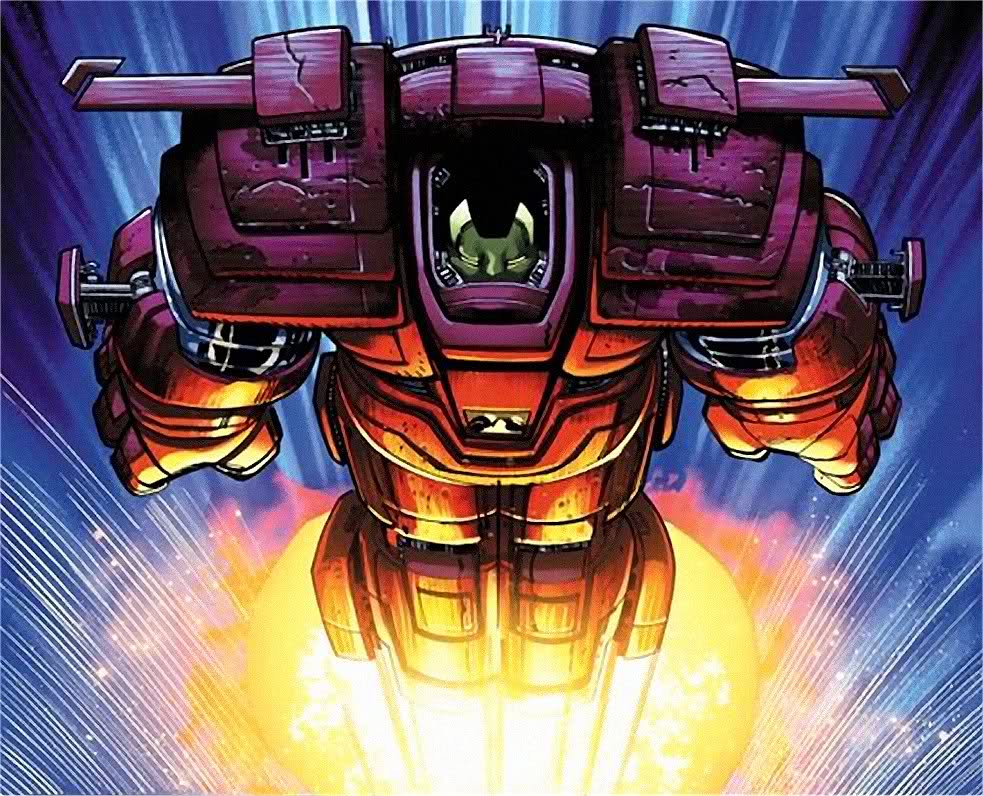 This armor was seen during an Avengers and Transformers crossover.

The Tony Stark from Earth – 7642 (a parallel Marvel universe where Marvel and DC heroes coexist with Transformers, Witchblade, and others, heard discussion about alien robots which might be heading towards Earth, he started creating an armor suit to battle them. There was no way they could have been peaceful. Fortunately, they were Decepticons so well done Tony Stark.

However, the suit wasn’t ready when Decepticons arrived, and it faced energy issues. In any case, Megatron tossed its head aside, and Tony had to battle in his regular suit. 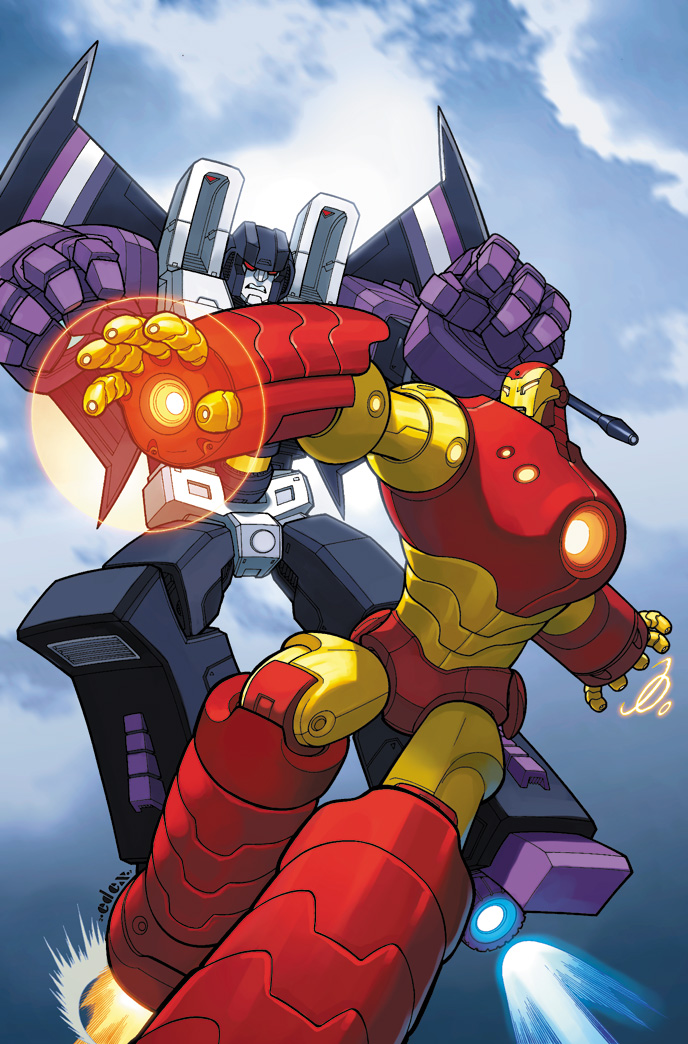 This armor was made to take on the cosmic world eater called Galactus. For a change, this suit survived the battle that was witnessed in the Armor Wars event in 2015. 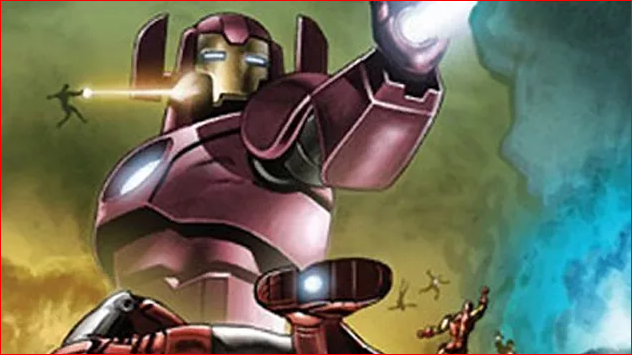 This armor is also from the alternate universe, but, it deserved to be on this list.

The What If storyline showed Tony Stark being in a car crash with Stephen Strange, that led to Strange suffering a crippling blow to his hands, which made him incapable of casting spells as the Sorcerer Supreme. In his endeavor to help Strange, Tony ends up learning the magic. He eventually became Sorcerer Supreme and created this magnificent armor to battle Dormammu. The typical arc reactor was replaced with the Eye of Agamatto and the robotic gauntlet having preset movements to cast spells; the suit had one feature which is a must for magic users, even Tony Stark: a good cape! 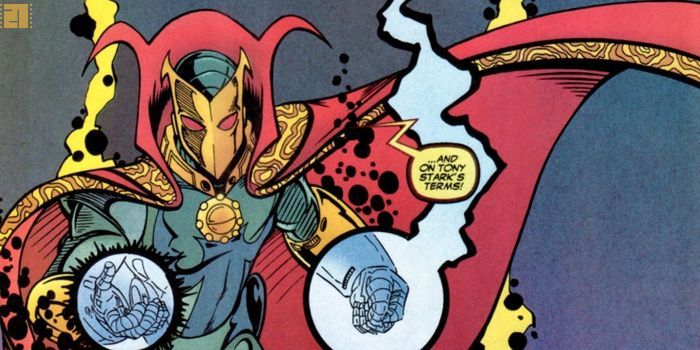 Special mention! The Argonauts from The Invincible Iron Man: Execute Program: It was basically a team of drones on a lesser scale compared to the Iron Legion we had seen in Iron Man 3. They were not created for a particular foe, but, to carry out specific roles as Tony could instruct them as and when desired, and there was also a Hulkbuster Argonaut in this squad. As is the case with any standard remote controlled armor made by Tony, they went rogue and started attacking the Avengers and Fantastic Four, making their destruction necessary. In fact, we think Tony should stop playing with these remote drones; they are always a mess!

The truth is, despite all of the above being fantastic, the Hulkbuster is the true ‘Buster’ suit of Tony Stark.