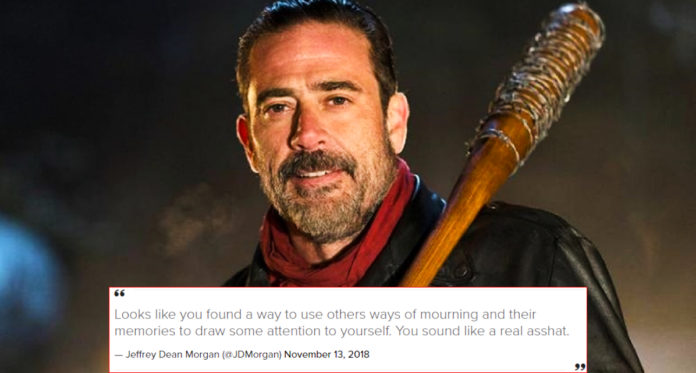 The star of Walking Dead, Jeffrey Dean Morgan had thrashed Armie Hammer after he had criticised many fans, actors and actresses for their methods of paying respect and tribute to the Marvel’s Stan Lee.

The co-creator and mastermind of Marvel comics had passed away on Monday and there have been floods of love and tribute from fans and celebrities. 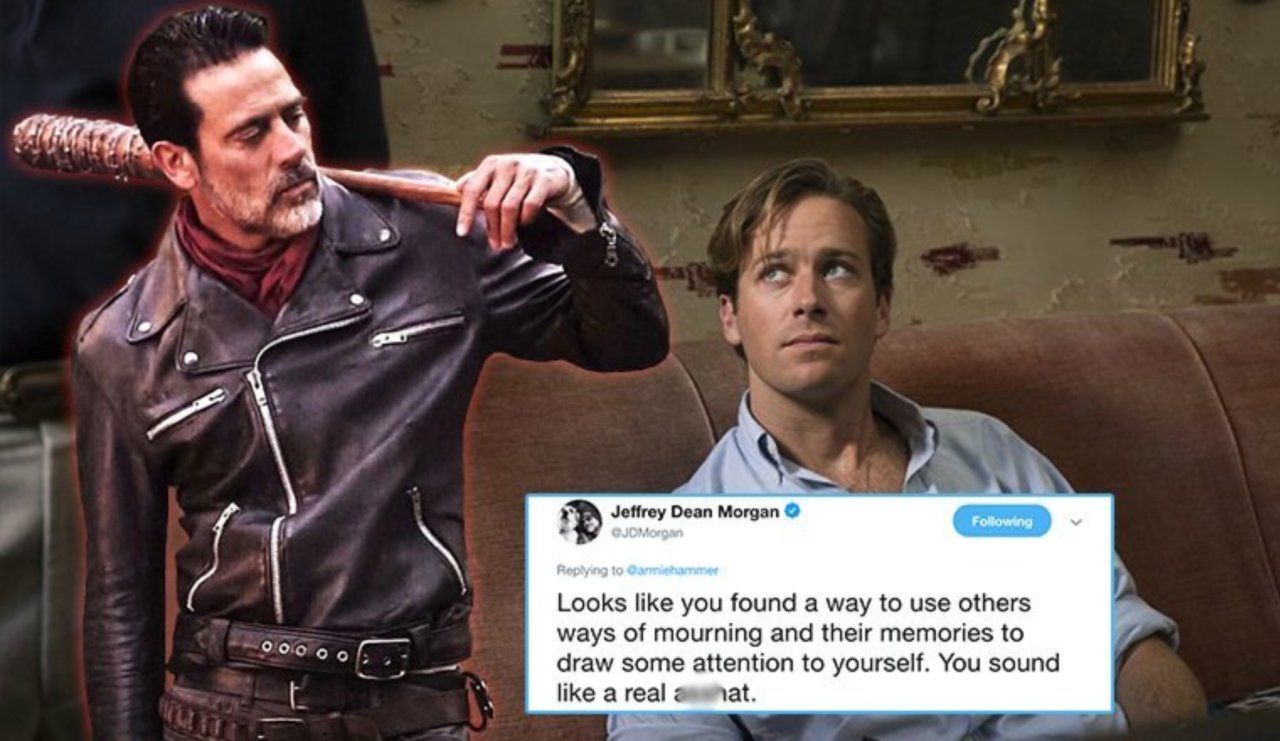 Armie Hammer was not having it and tweeted this:

“So touched by all of the celebrities posting pictures of themselves with Stan Lee,” Hammer had written.

“No better way to commemorate an absolute legend than putting up a picture of yourself.”

Many users on Twitter like fans, celebrities and reporters, had fired back at Hammer for his critique and the actor, Morgan seems to have spoken for all of us:

“Looks like you found a way to use others’ ways of mourning and their memories to draw some attention to yourself,” Morgan had written. “You sound like a real asshat.”

Marvel fans are unanimously in agreement with Morgan’s response actor.