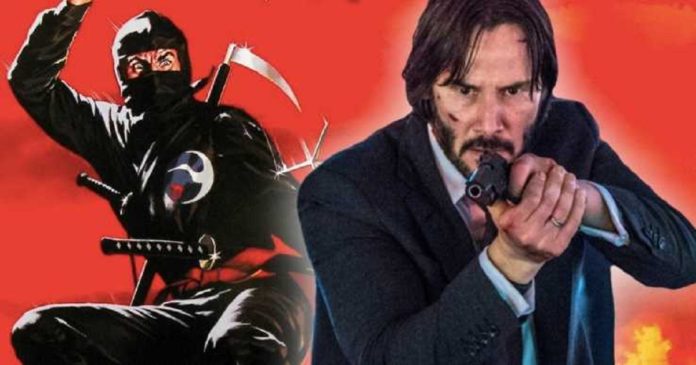 The fantastic John Wick trilogy will come to an end with John Wick Chapter 3, and the film will feature some ninjas as well, according to its director Chad Stahelski. In response to a question about the film, Stahelski didn’t wish to reveal much, and he just hinted at the sequel with some words that would definitely delight the John Wick fans. Stahelski said: 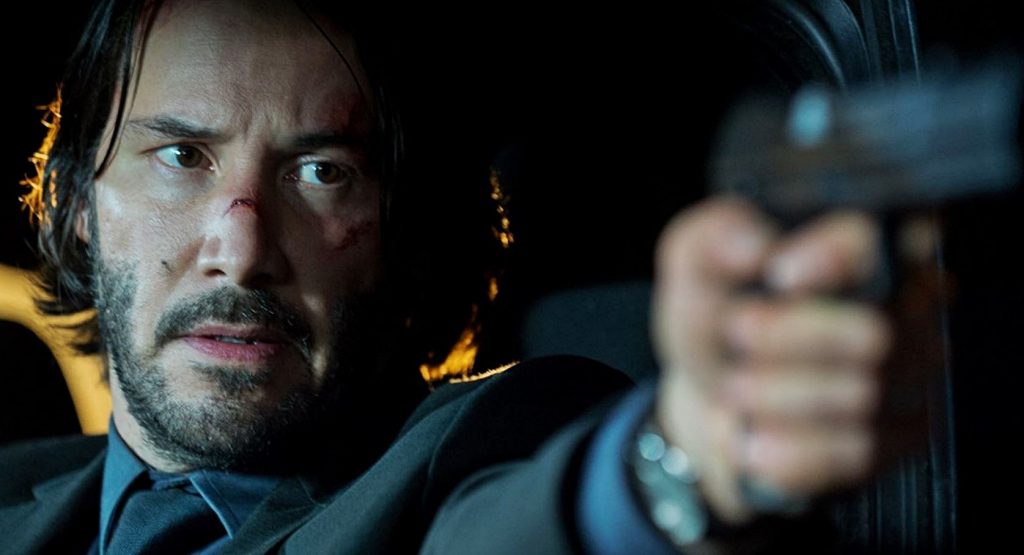 The dogs are a default option for John Wick 3, and the horse was seen in the latest official set image. Keanu Reeves is probably on the run from some motorcycle riders in the new image, and he looks like an absolute badass. However, the scene that we saw in the photo became much cooler courtesy of leaked footage from that day on the set. When the motorcycle came parallel to the galloping horse, Reeves pulled out a handgun and blew the assassin away.

However, Ninjas might not be that easy to take on for Keanu Reeves in the third John Wick film. Wick has become a target for every criminal due to the large bounty on his head. This has made him a target of every bad guy and assassins operating in the New York City. Since Chad Stahelski spoke of shotguns, we expect it to come handy in the abovementioned battle with ninjas. That is logical too, especially in the John Wick world. While most of the narrative is not revealed, it is a fact that we will see a lot of bloodshed at the end of this iconic series. In fact, we might even see a bit of a reference to Indiana Jones, if some sword-wielding Ninja came too close, brandishing his fierce blade exploits, it might lead to Keanu pull out the above-mentioned shotgun and get rid of the shadow warrior nonchalantly. 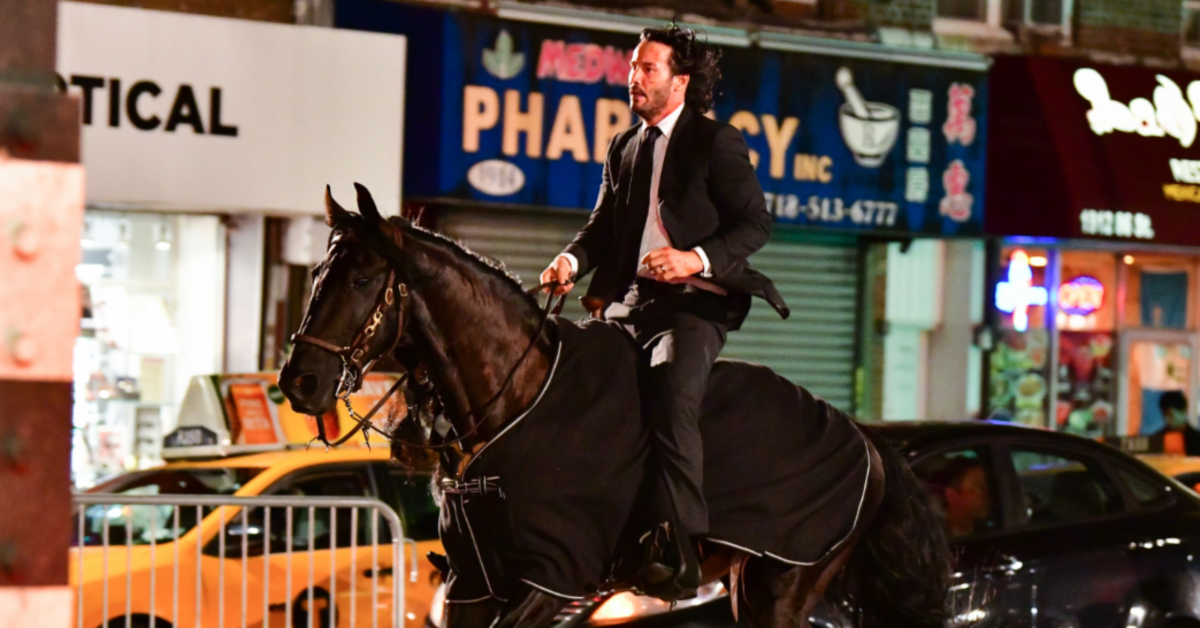 There are two main reasons why Keanu Reeves is on the run in the John Wick Chapter 3. The first reason is the $14 million open contract on his life. The second reason is the fact that he broke the rule by killing someone inside the Continental Hotel premises. The person Wick killed was a member of the High Table who had announced the open contract and Wick should have been dead already, but, he survived since the Continental’s manager gave him a tip-off an hour before the hunt started. Wick will now need to force his way out of the New York City. 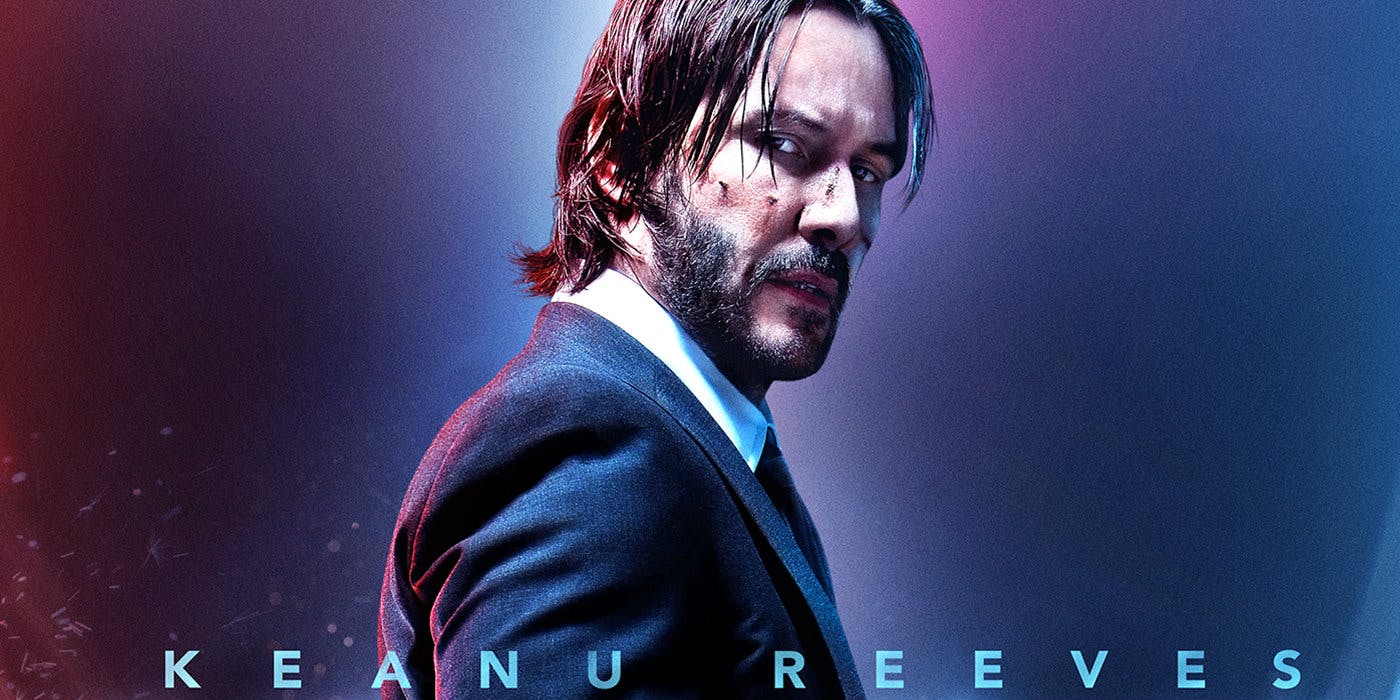 John Wick 3 is set to hit the big screen on May 17th, 2019, and it appears as if Chad Stahelski is leaving no stone unturned to culminate the trilogy on a high and a brutal note. Keanu Reeves has been seen performing his own stunts on the set while his stunt double looks at the proceedings from the sidelines and at times, gets up to feed the horse. The first trailer of the film is not far, and as you wait, you can take a look at the latest official set photo from the film showing Reeve’s escape from the motorcycle riders, courtesy of the official John Wick 3 Twitter account. 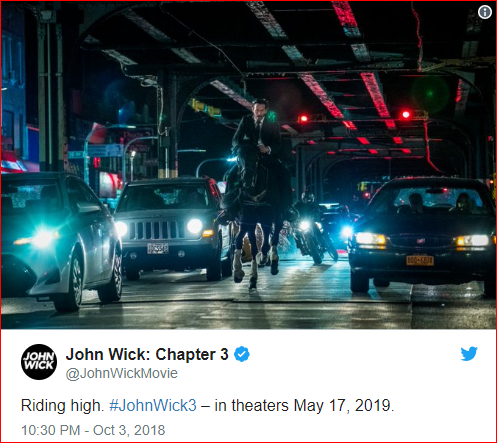