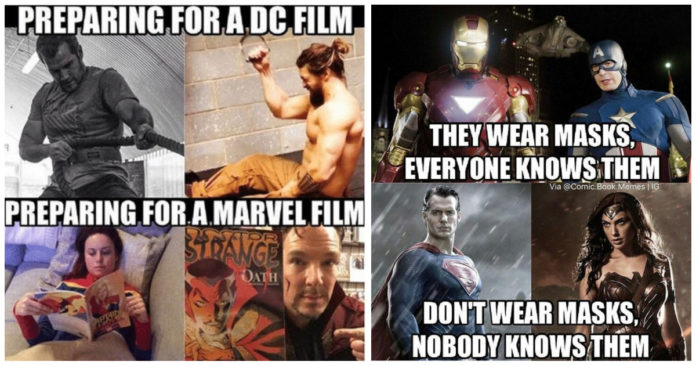 This is the eternal debate among the comic book lovers about which franchise is better, and it has still continued as Marvel and DC have gone on to expand their movie universes. This is the peak of the superhero film genre with films like Avengers: Infinity War and Black Panther shattering box office records in heaps. Despite it not doing that well on the box office, late last year Justice League also got its own fan following and now the time has come when you will have to take a decision whether you are a DC or a Marvel fan. There is no better way than to root for the team Avengers or team Justice League.

A lot of people would claim that Marvel is the winner in this battle, but, here we have a collection of memes that would prove otherwise. A number of DC fans have come up with great points and highlighted the problems with Marvel films which easily put DC into the winner’s shoes. DC and Marvel are both massive when it comes to the movies, and they earn hundreds of millions of dollars through the fans of comic books and movies. Marvel is well ahead of DC in terms of movies, and they are about to release their 20th film. DC is slowly trying to get back on its feet with the upcoming Aquaman and trying to create an impact in the superhero movie genre. 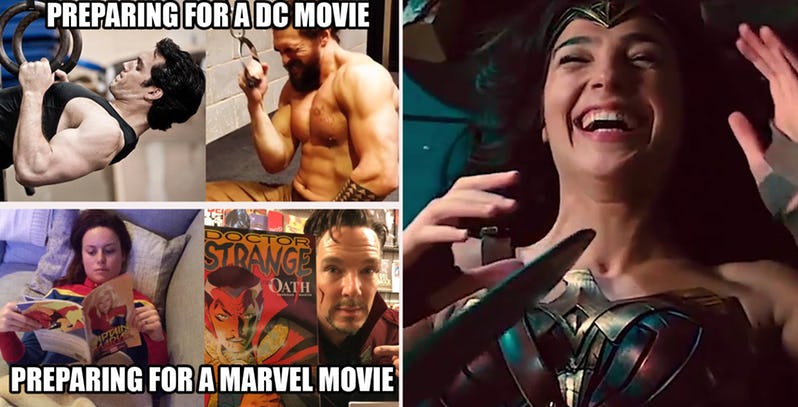 The main purpose of these memes is just to provide fans with a good laugh, but, the meaning of these memes is likely to cause friction among fans. No matter what, these are truly funny. There are a lot of casual fans who love both Marvel and DC and don’t bother about taking sides. They would rather go and watch all the superhero films that come out. Then there are the loyalists who will watch movies that are made only by their favorite franchise. These are the fanatics who will highlight any and every flaw in the movies to command respect from the casual viewers.

While these memes are meant to be funny and make fans laugh, the deeper meanings of the memes and divide the fanbases — but it’s still pretty hilarious. There are many casual viewers who are fans of both franchises and don’t care which one is better and will go see all of the superhero films that release. On the other end, there are the die-hard fans that will only see movies from their respective franchise. These are the people who will point out the smallest flaws in films to win over respect from casual viewers. 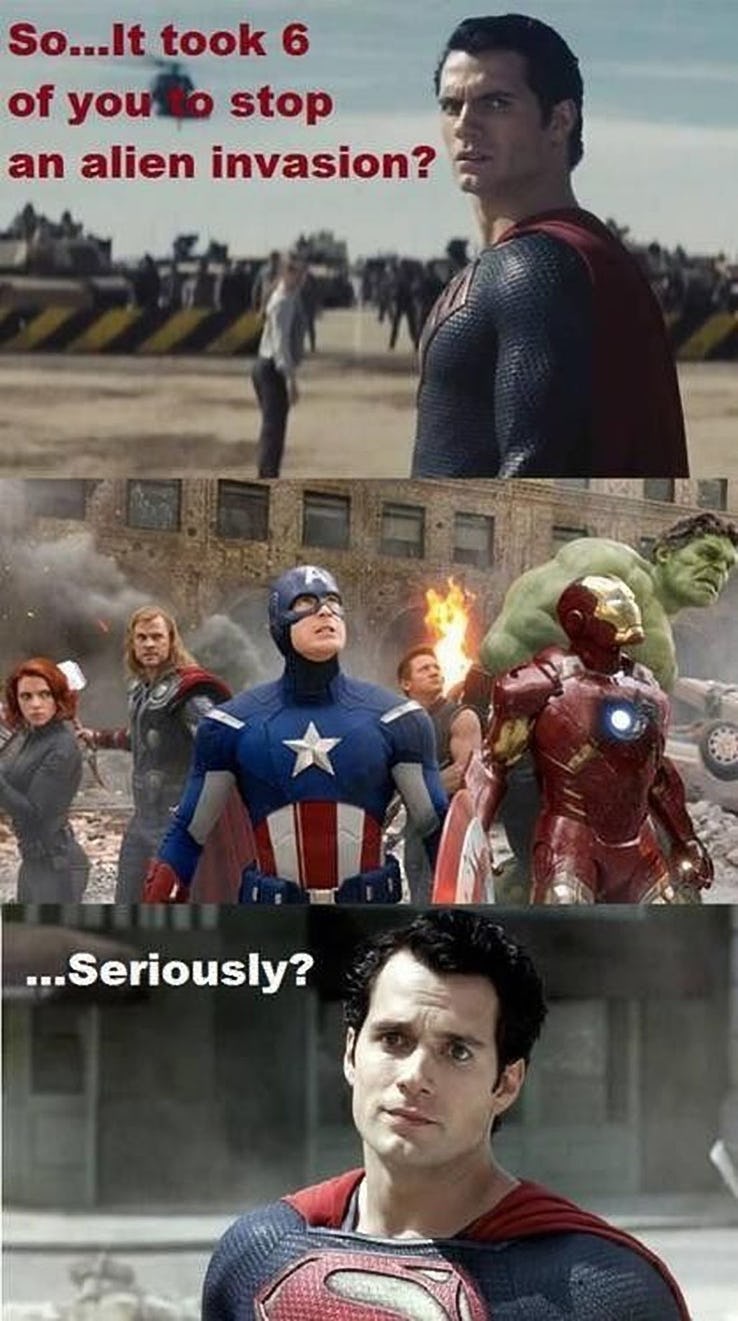 19. It Is All About The Atmosphere 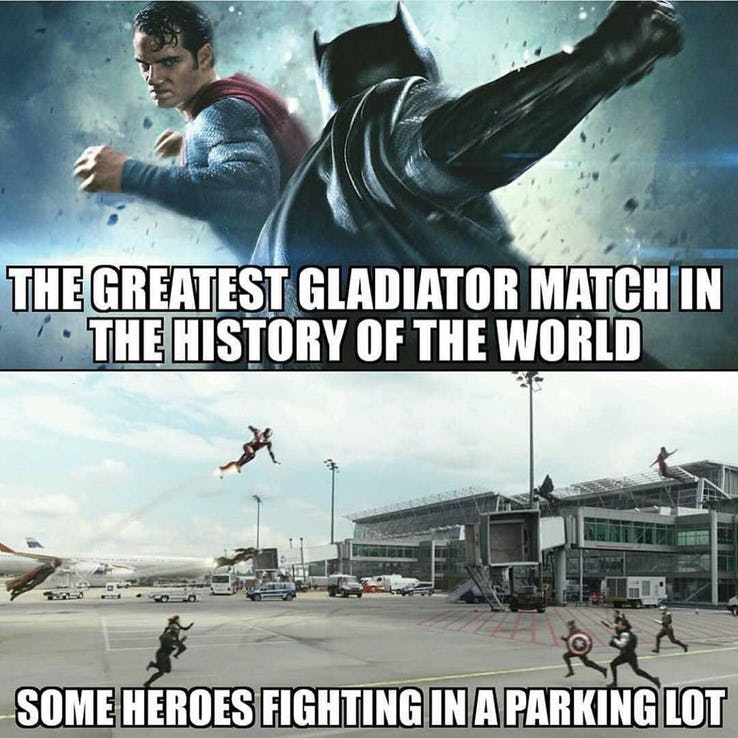 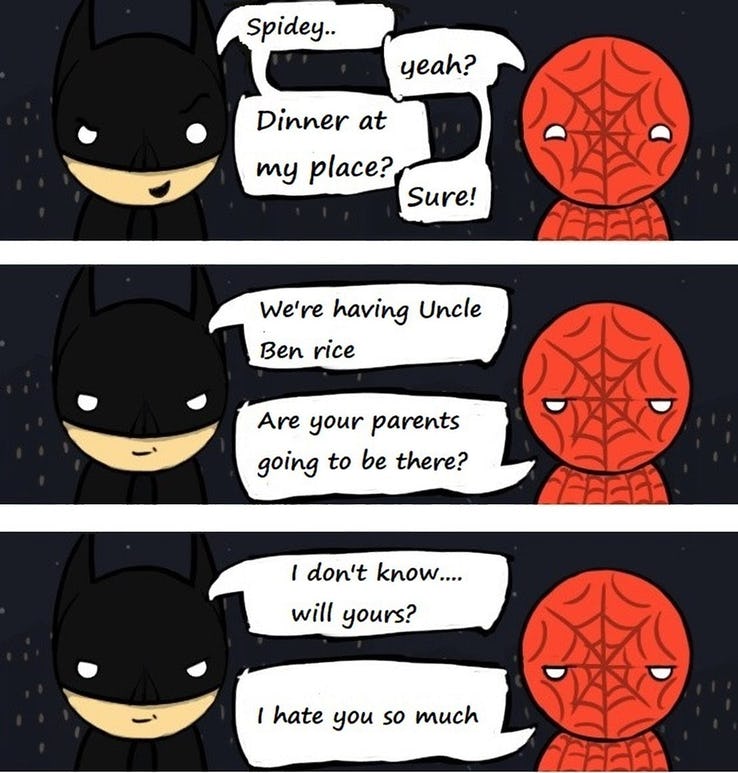 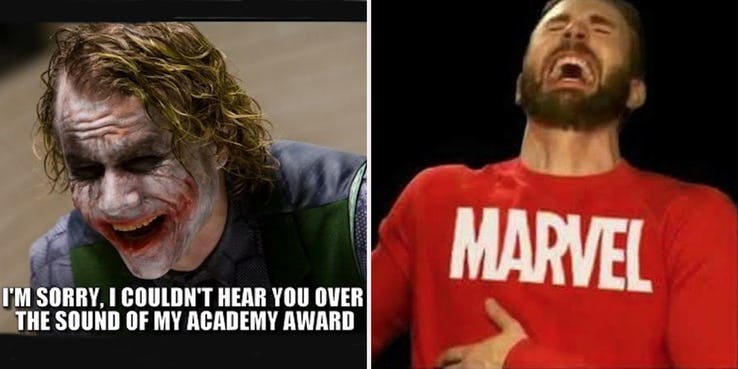 16. Who Are The Real Superheroes? 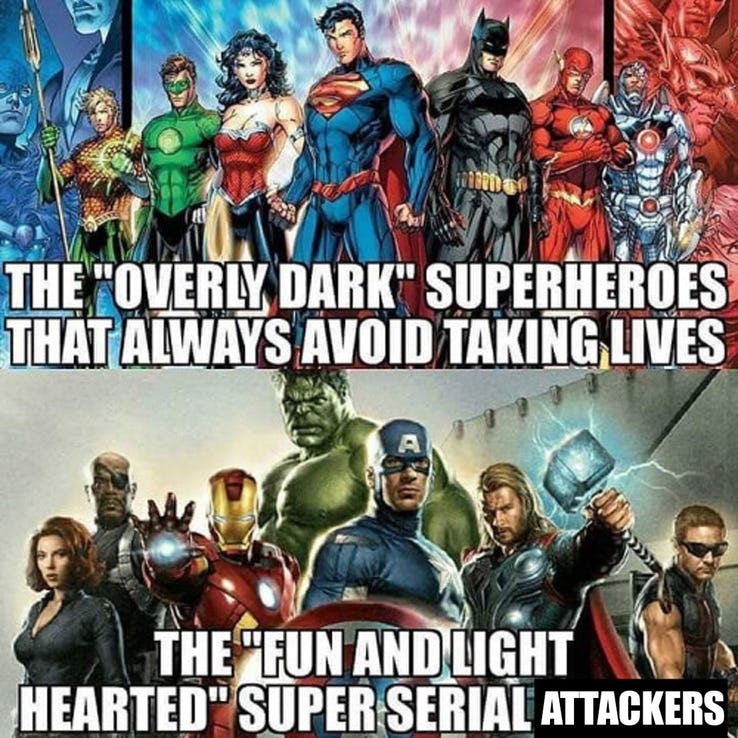 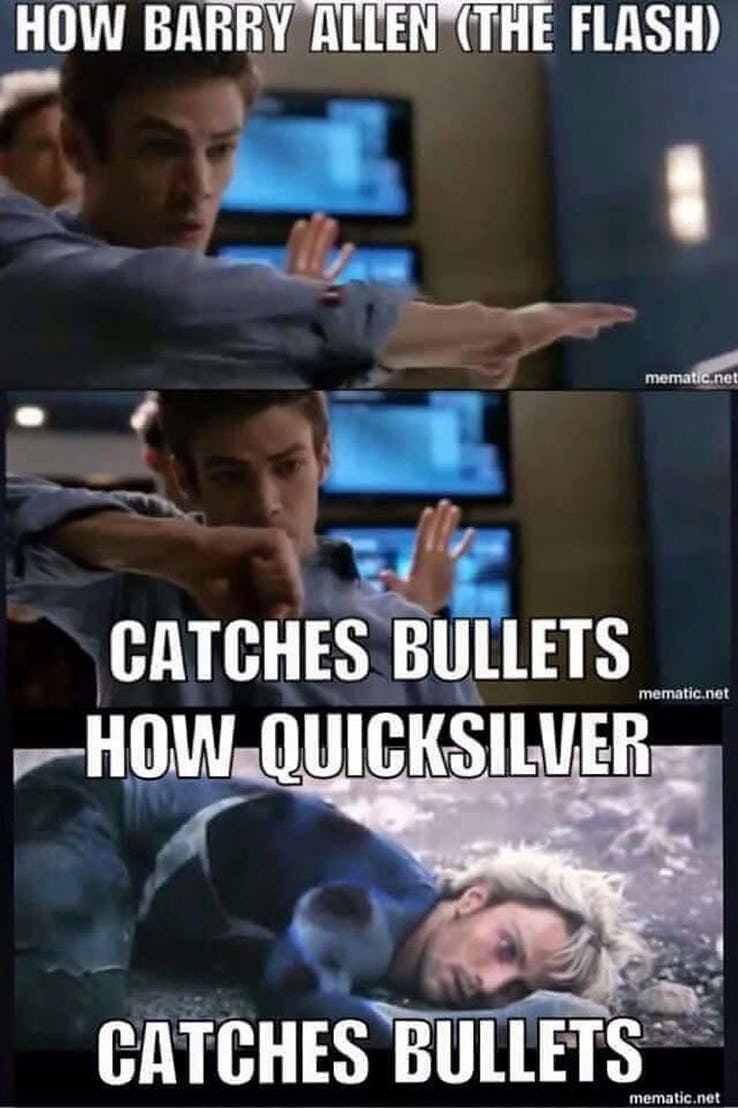 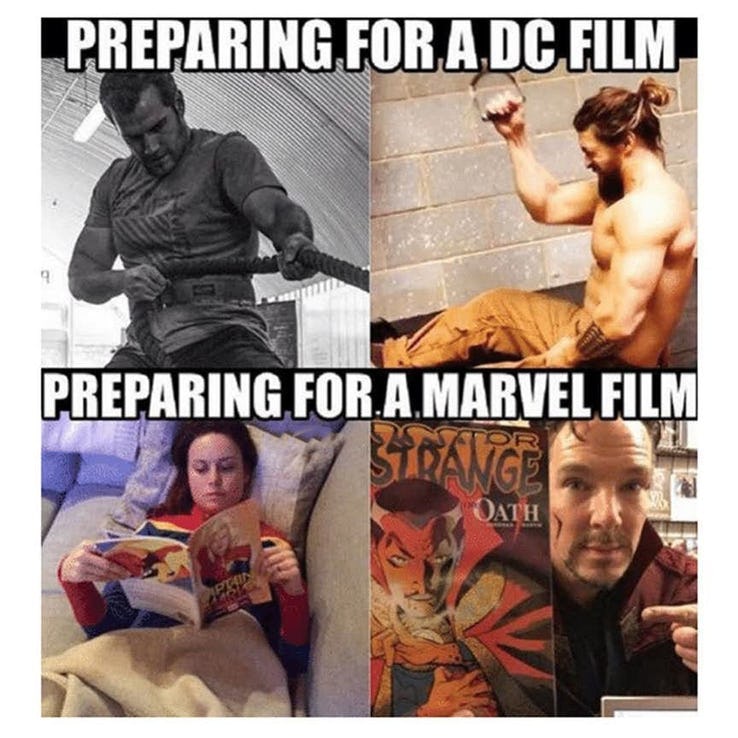 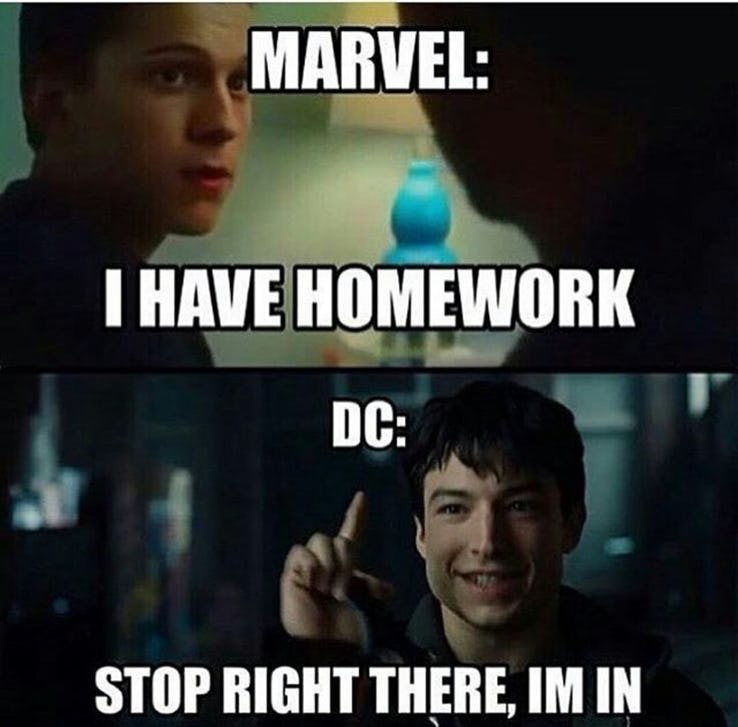 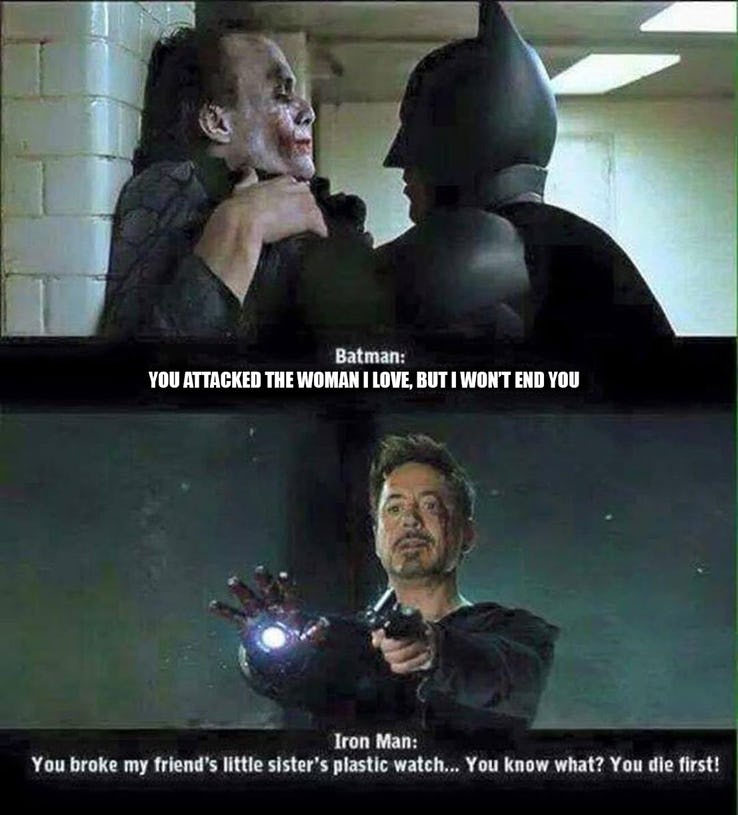 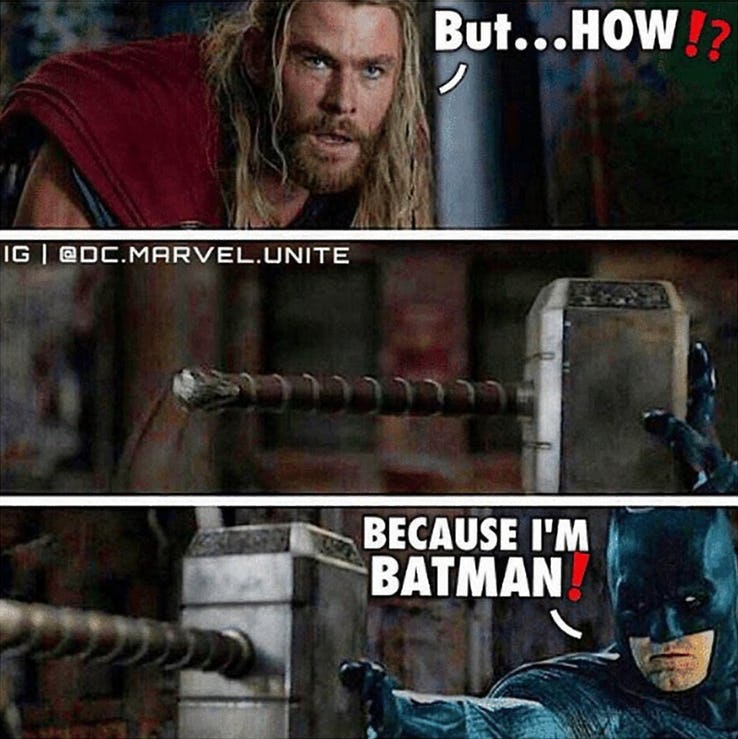 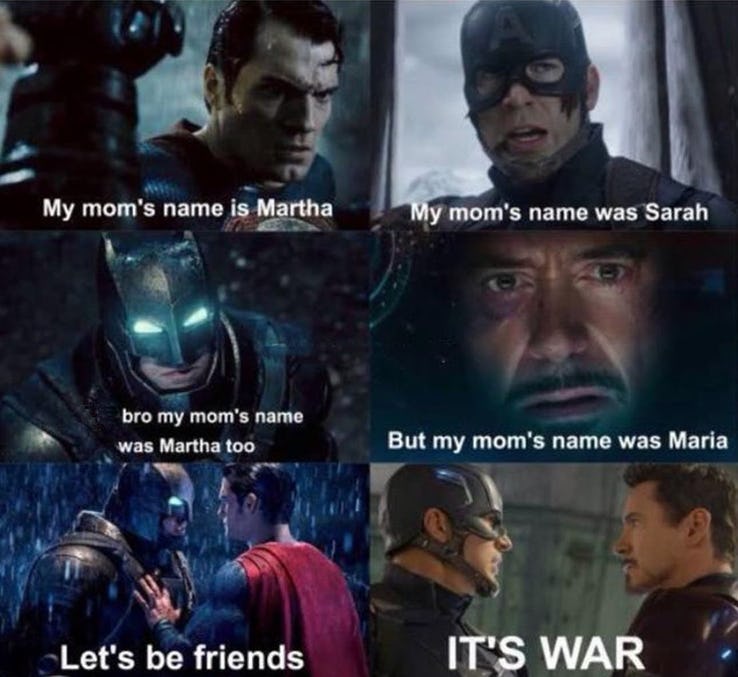 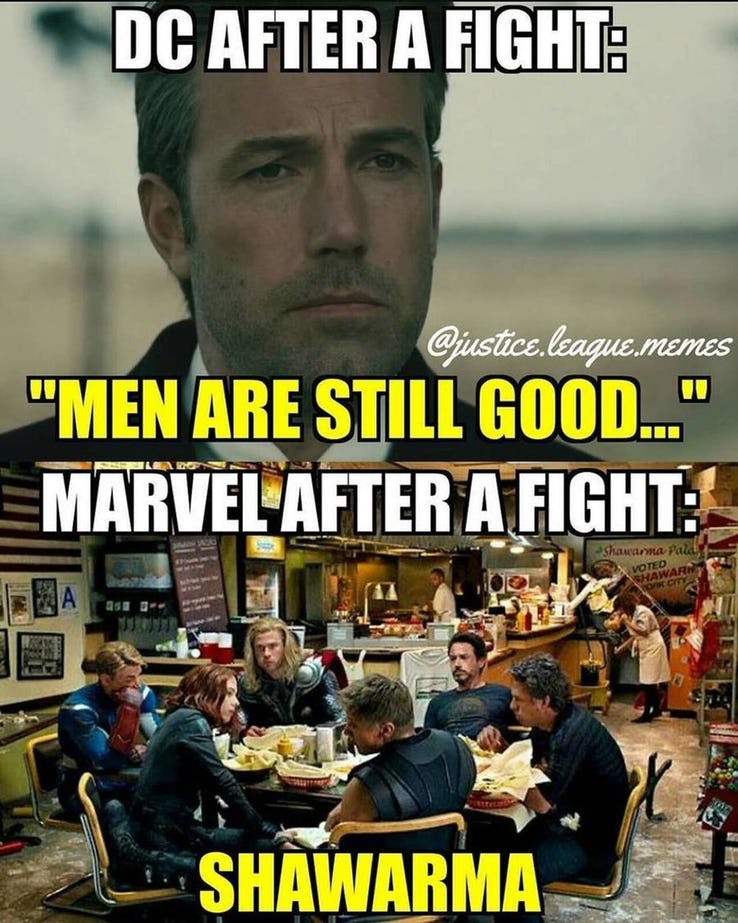 8. New Batman On The Block 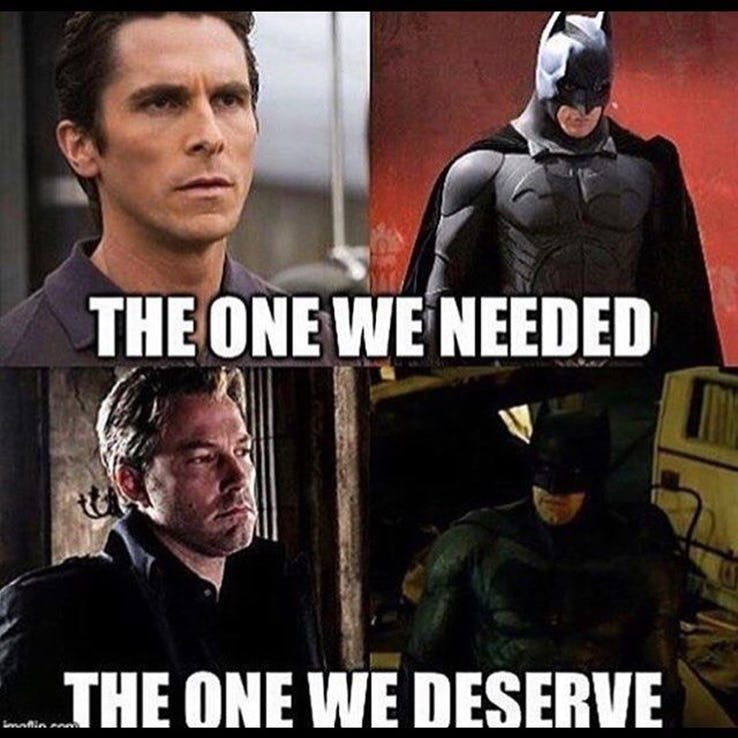 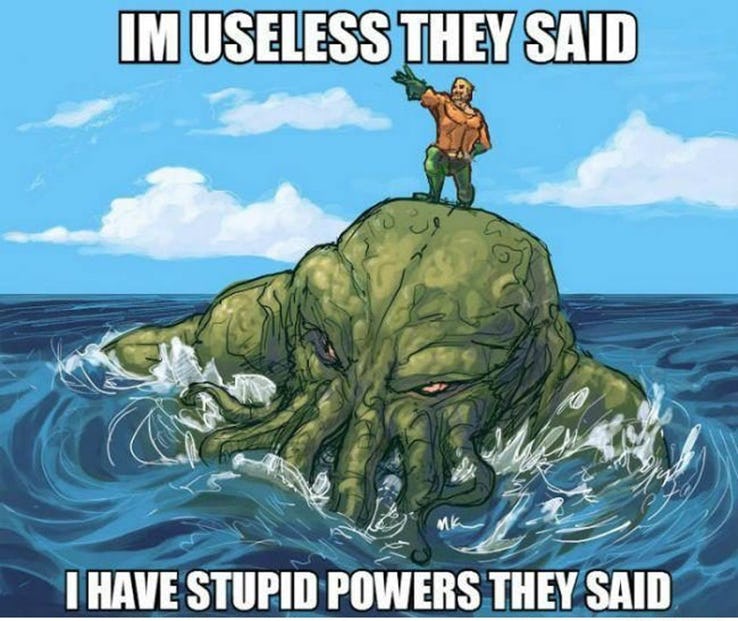 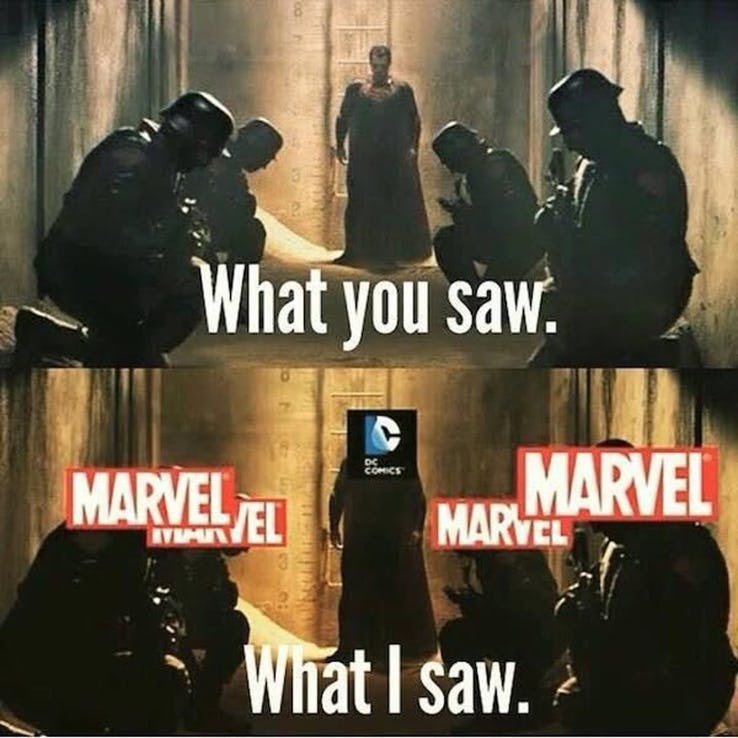 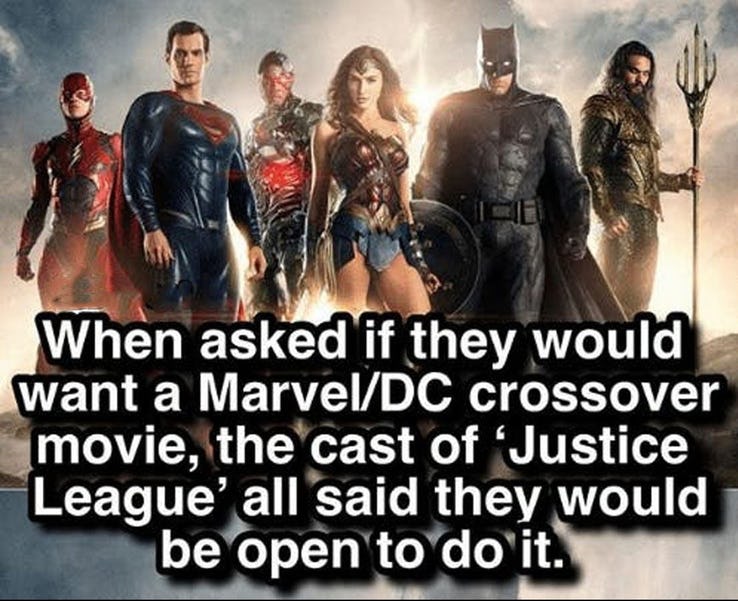 4. DC Owns All Of Their Characters 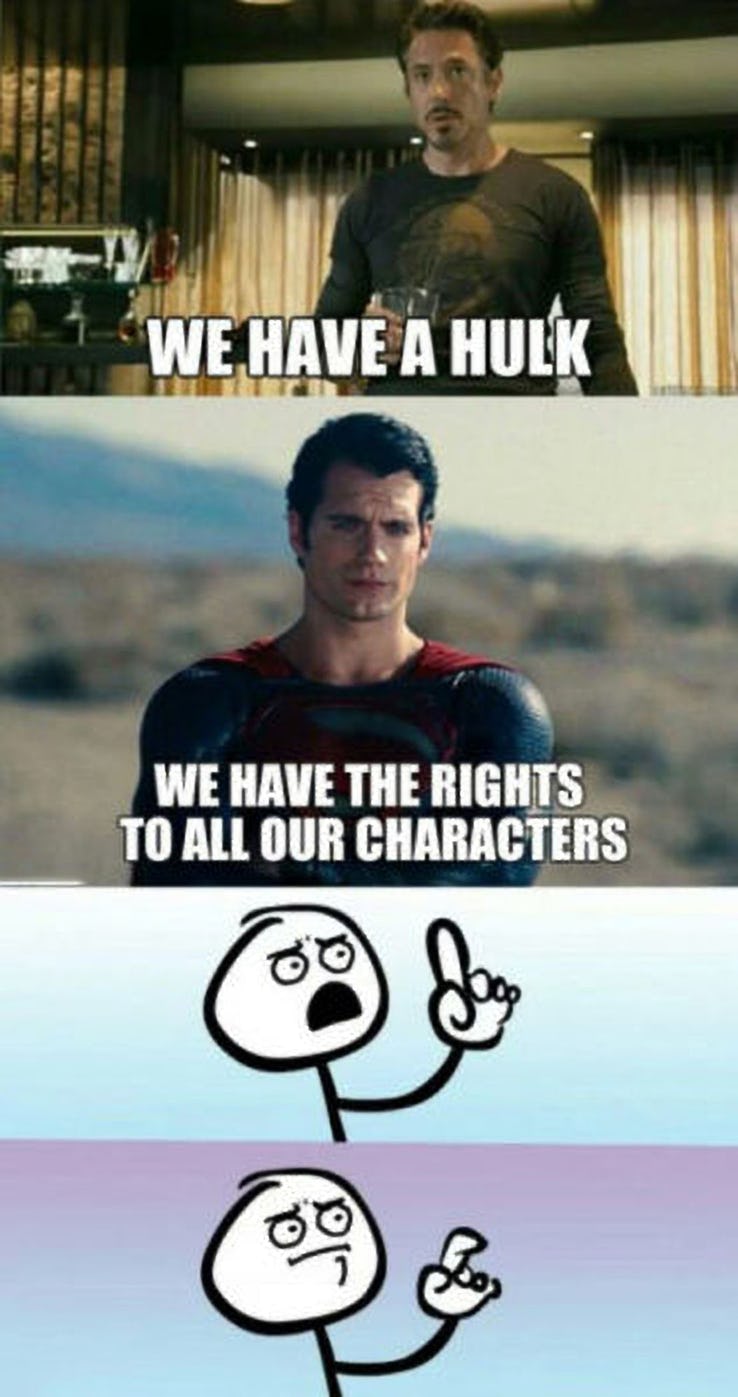 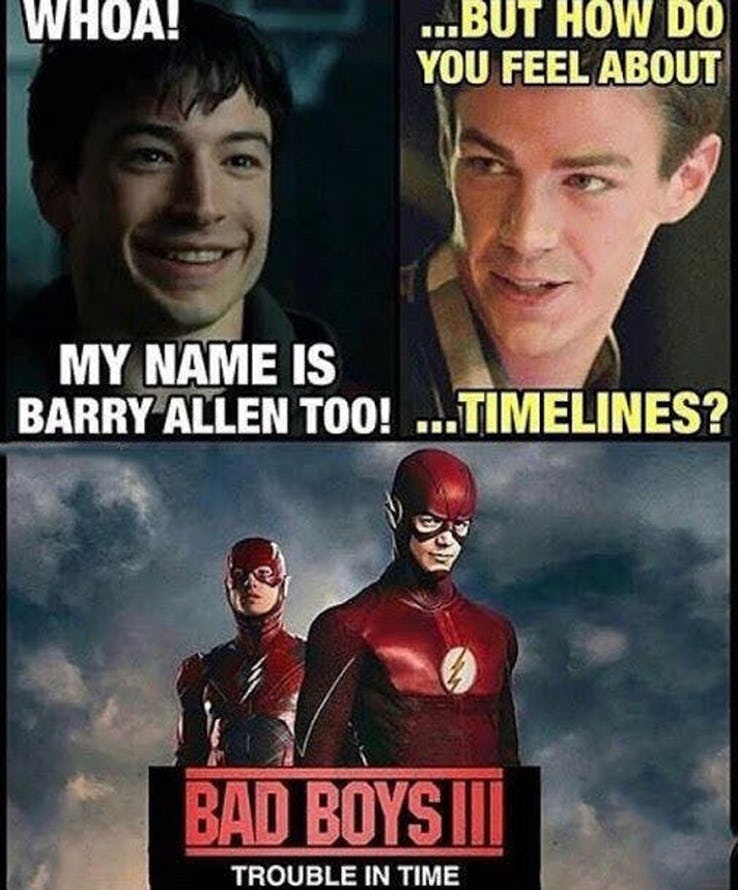 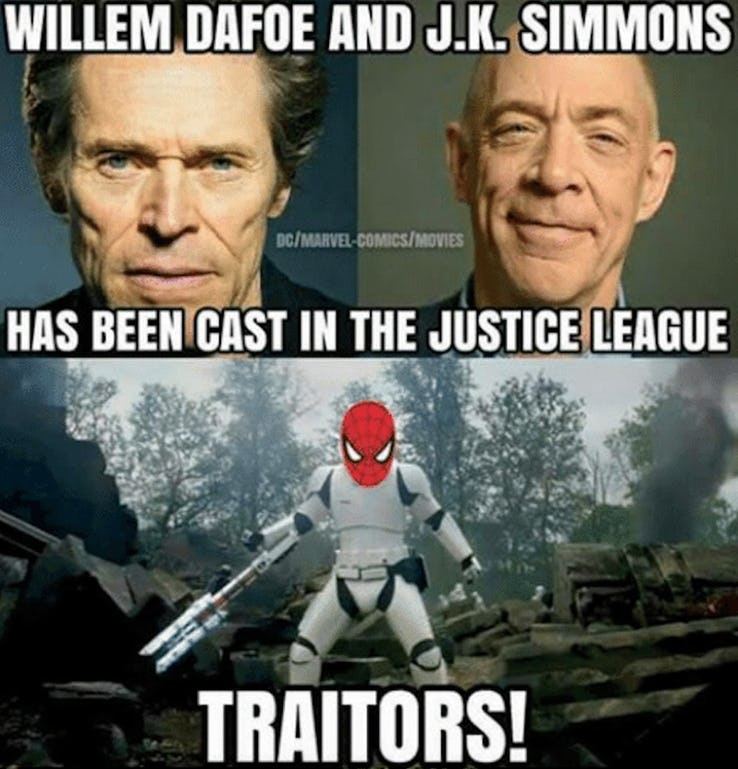 1. DC Owns Everything Else 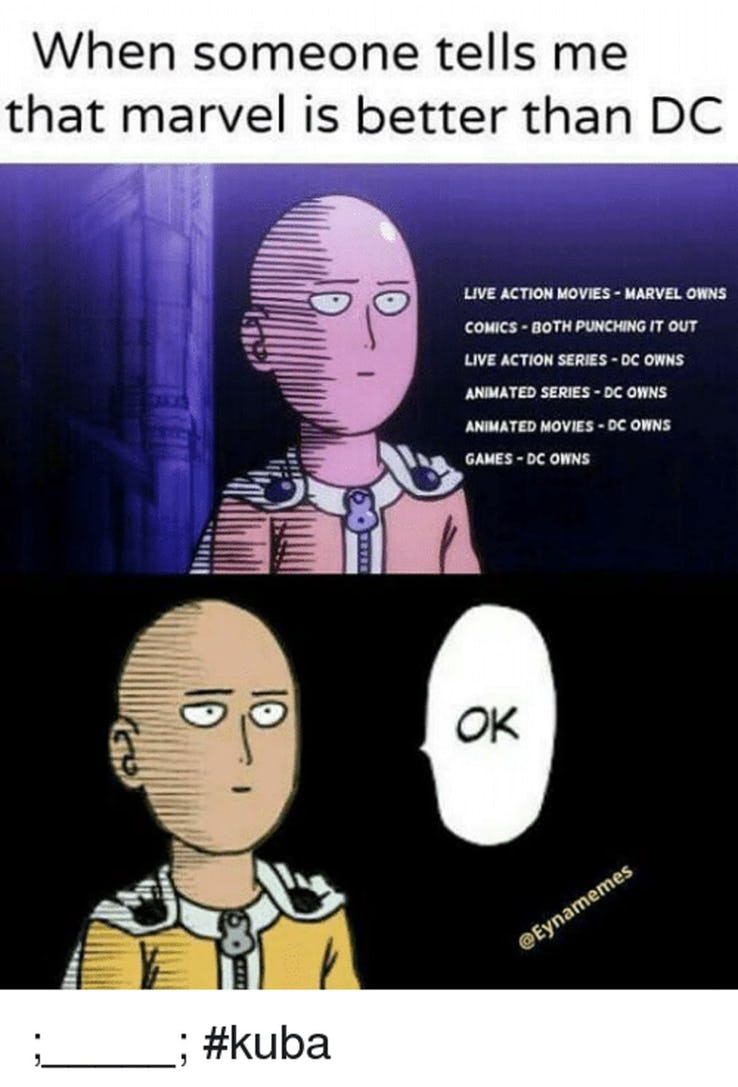