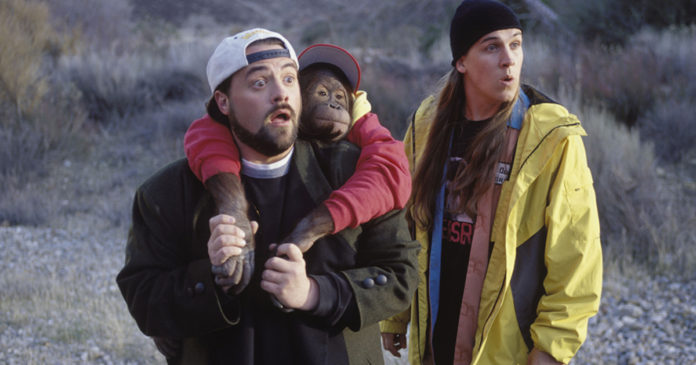 Kevin Smith had had a pretty tough 2018, but he is now back, and he is now making all his fans super happy in this New Year. 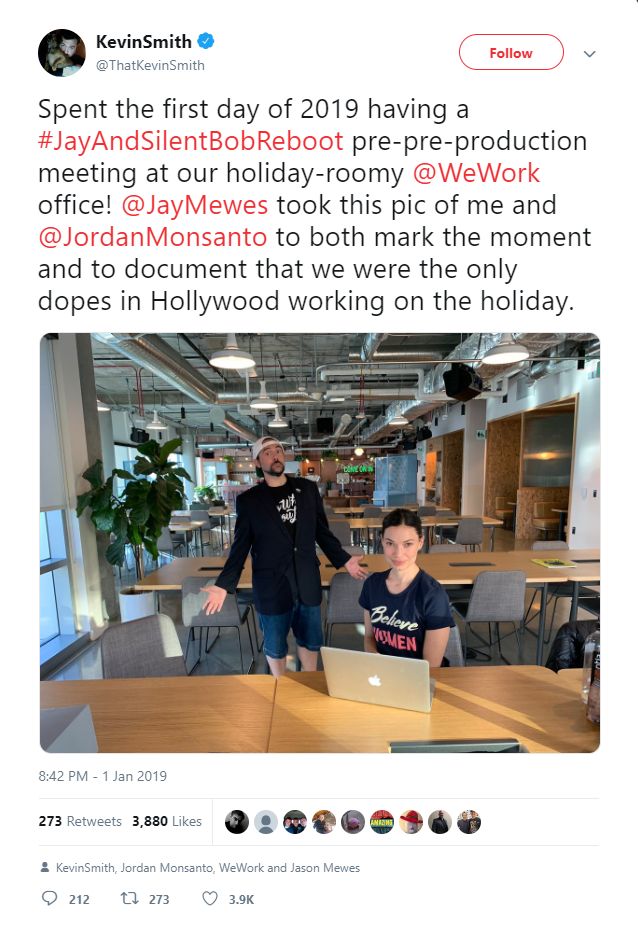 “Spent the first day of 2019 having a #JayAndSilentBobReboot pre-pre-production meeting at our holiday-roomy @WeWork office!,” Smith had written.

“@JayMewes took this pic of me and @JordanMonsanto to both mark the moment and to document that we were the only dopes in Hollywood working on the holiday.”

Monsanto is Mewes’ wife and will serve as the producer of this movie. This is not her first time being a producer with Smith. 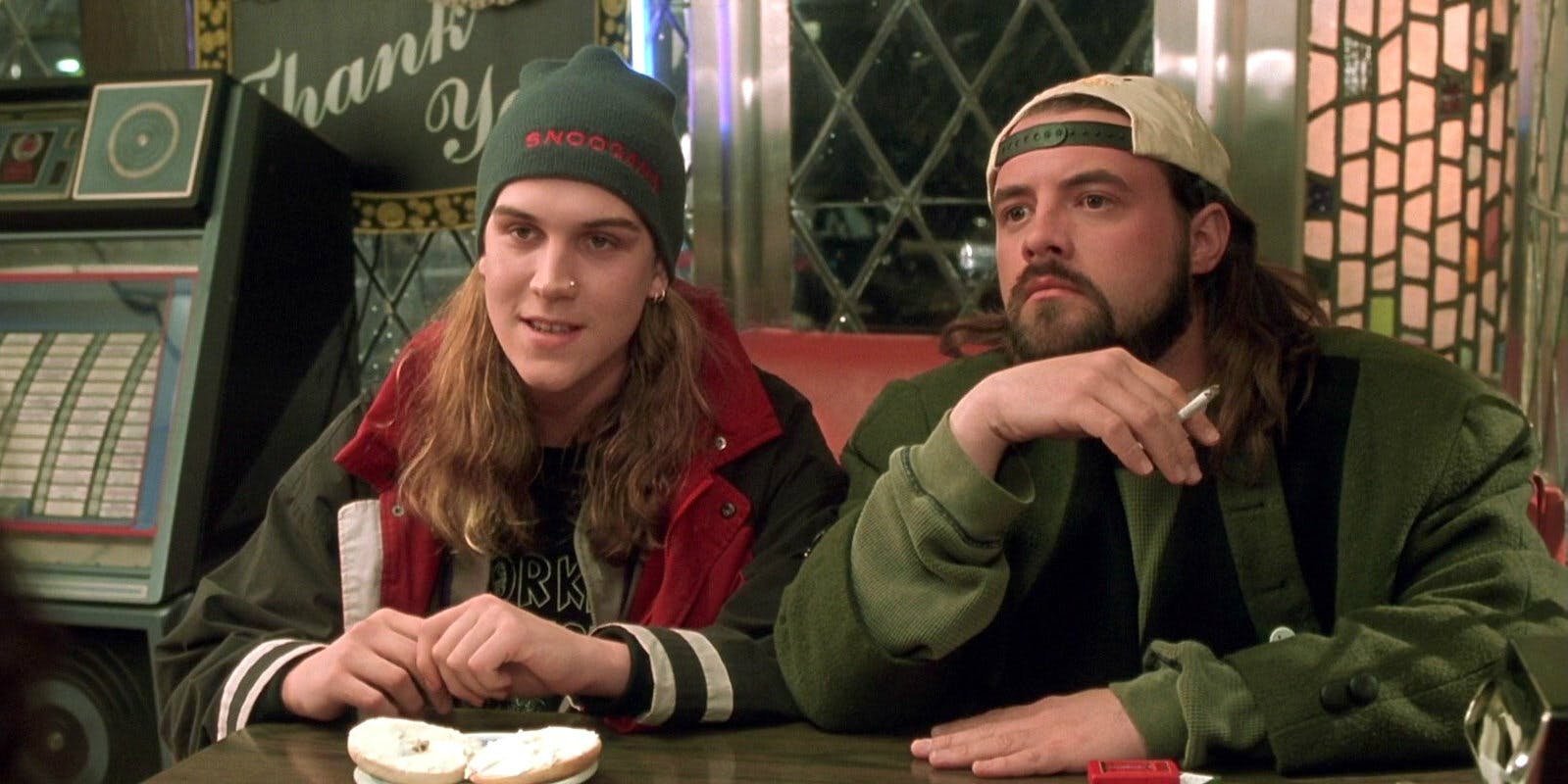 While there is not a lot of information about this new film, the plot on IMDB says that it follows Jay and Silent Bob as they

“return to Hollywood to stop a reboot of ‘Bluntman and Chronic’ movie from getting made.” Currently, the only other cast member listed is Brian O’Halloran, who is expected to respire his role of Dante “I’m not even supposed to be here today” Hicks.

In the year, 2017, Mewes had teased the script for Reboot had been a good one: 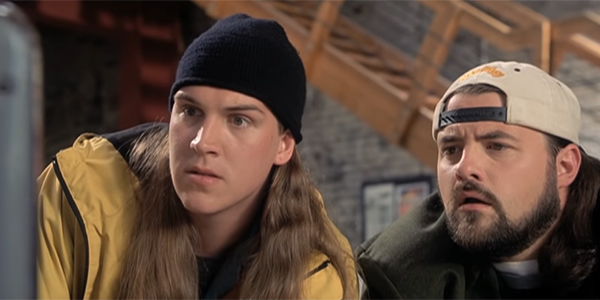 “I’ve read the script, and it’s amazing, and it’s super clever,” he had said.

“It’s called Jay & Silent Bob Reboot, and it’s Jay and Bob making fun of reboots. It’s funny — a couple of people have asked me, ‘are you guys even playing the characters if it’s a reboot?’ It’s not really a reboot, Kevin called it Jay & Silent Bob Reboot, and it’s us making fun of reboots, but the script’s awesome. It’s very funny.”

Smith has also been reaching out to many of his old contacts to get a few of the original cast back: 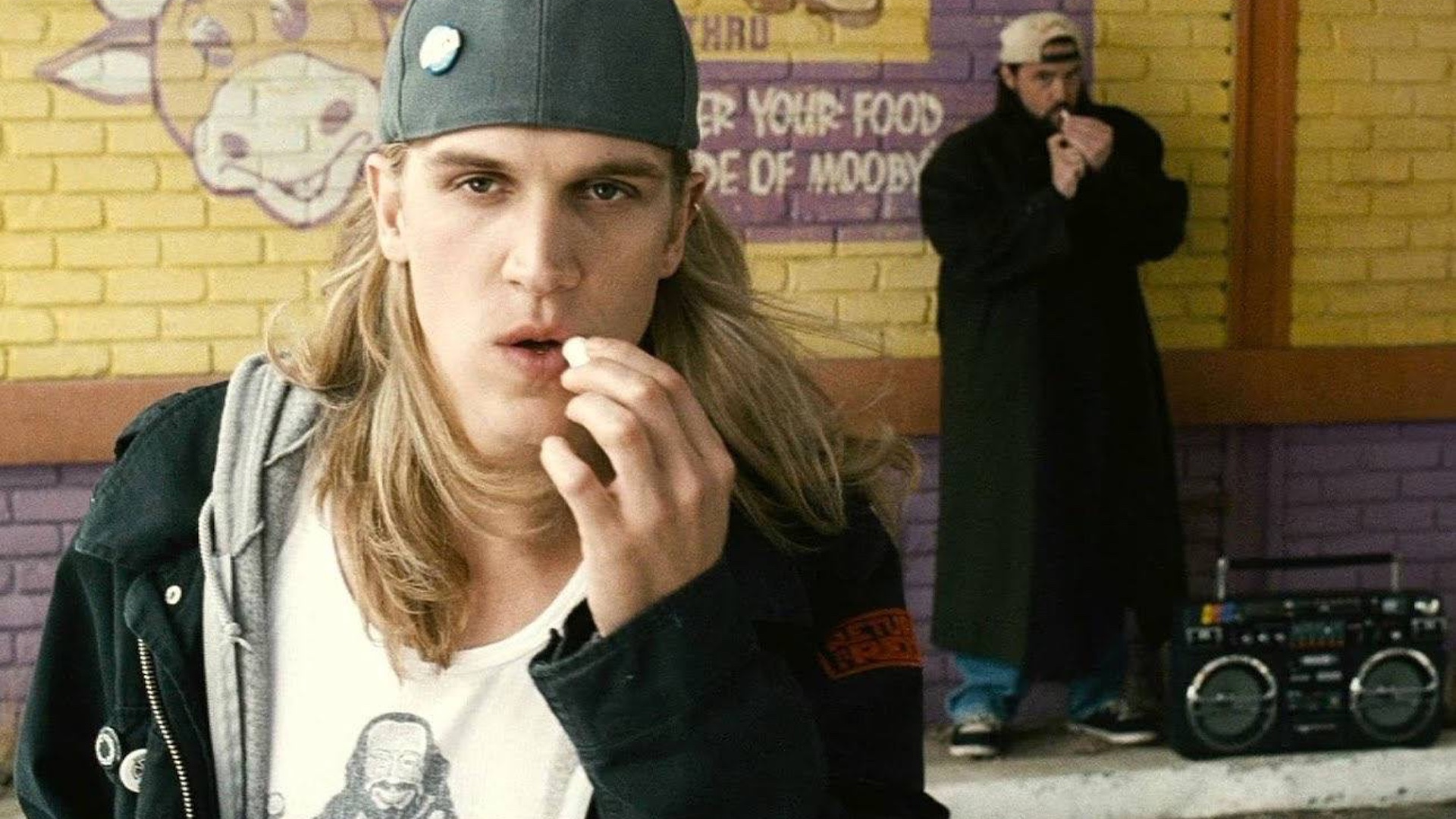 “There’s definitely some fun things: a lot of the people who were in the other movies, Kevin has spoken with a bunch of people from Jay & Silent Bob Strike Back, and people are going to come back in. There’s some more Bluntman & Chronic stuff going down. There’s a lot of fun stuff and a few new, really interesting things that I shouldn’t mention.”

Jay and Silent Bob Reboot does not have a release date as of now.