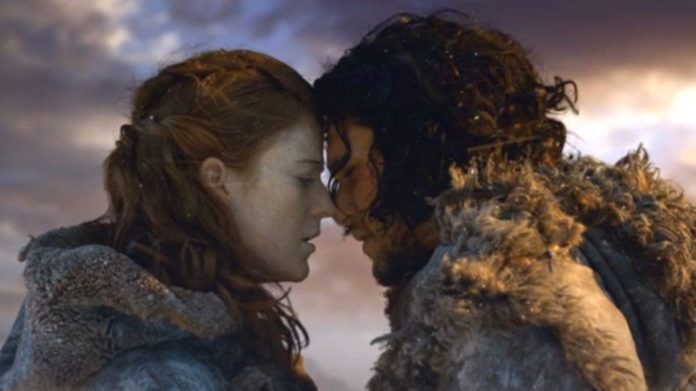 Historically speaking, the words “wedding” and “Westeros” create a trail of massive bloodshed and heartbreak. However, during the last weekend, the Seven Kingdoms witnessed a phenomenon which was rarer than a smart and sober Cersei when the Game of Thrones cast members converged in Scotland to attend the real-life marriage of the onscreen couple Jon Snow and Ygritte. It might sound unbelievable, but, the truth is that not a single person got murdered or fed with poison. 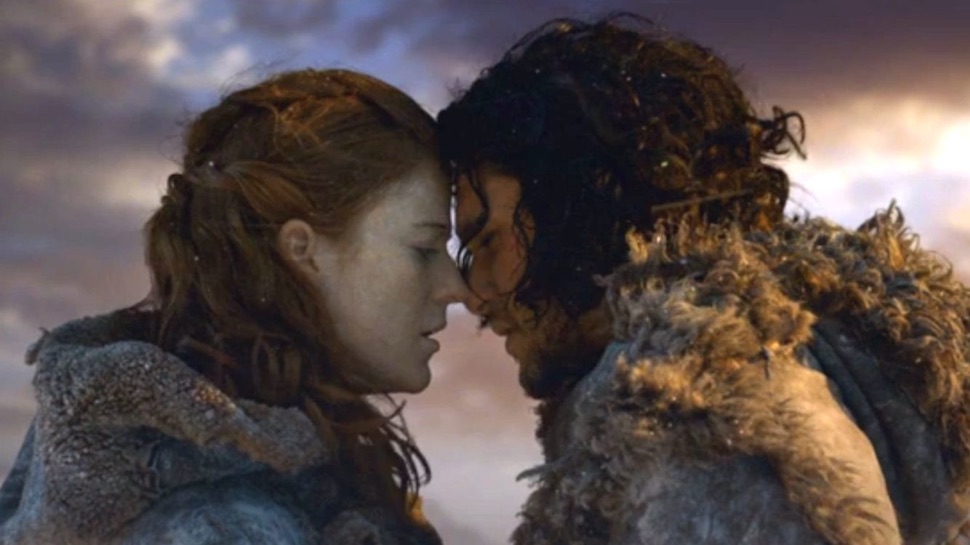 Kit Harington and Leslie Rose (who had died in her beloved Jon’s arms on the show), exchanged their vows on Saturday in a wedding that took place in the Kirkton of Rayne Church at Scotland. The couple were accompanied by their friends, family and a number of their Game of Thrones co-stars. ABC News reported that the HBO entourage included Peter Dinklage, Sophie Turner, Maisie Williams, Emilia Clarke, Liam Cunningham, Ben Crompton, John Bradley, and Joe Dempsie, all of whom successfully evaded any arrows that might have been aimed at them during the celebrations at the ancestral family castle of Rose. 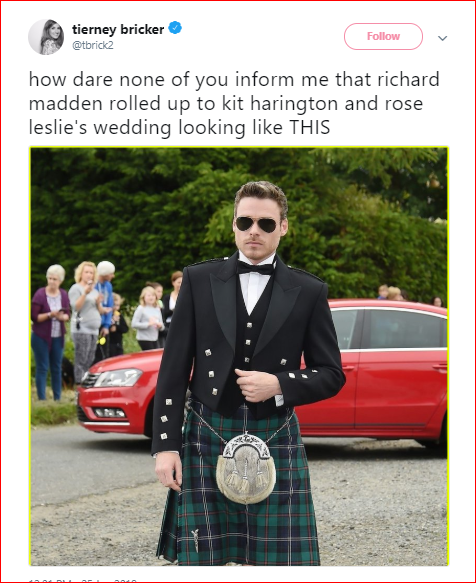 Although, the newlyweds looked terrific, the best looker according to us, was Scotland’s Richard Madden, who showed how one should dress for the occasion. Although, even if Kit Harington has no idea about the married life, he should not be asking Robb Stark for advice.

While it was really heart-warming to know that a Game of Thrones wedding was completed without any casualties, there was another great news too. As far as relationships originating in the Seven Kingdoms are concerned, including those that see Jon Snow’s involvement, this one was special since there is no blood relation between Kit Harington and Rose Leslie.

As a matter of fact, nobody in the Seven Kingdoms should ever get married.

Rumor Has It That HBO Is Developing A Series About The...