Geeks on Coffee
More
Home 80s & 90s CLASSIC This Is Why Looney Tunes Back in Action Is Way Better Than... 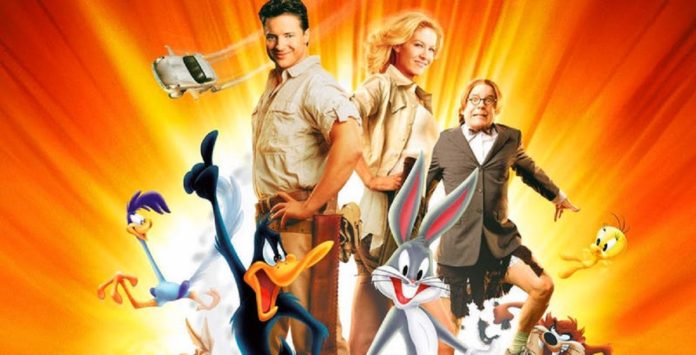 Space Jam of 1996 is on the list of the millennials’ favourites, with We’re Back! A Dinosaur’s Story and also, Hocus Pocus. While Space Jam had been a huge box-office success, the reception had been muted, with Looney Tunes’ Chuck Jones expressing his displeasure. Well, there is a reason for this-it is a bad movie.

While Lola Bunny had been a character for the decade and the voice cast is remarkable, Michael Jordan did not have screen presence. While His Airness had charisma, this does not really translate into the reality that is needed to appear with cartoon characters.

However, there is a superior Looney Tunes movie, and, luckily, it is also available on Netflix, in time for the 15th anniversary-Looney Tunes: Back in Action of 2003. 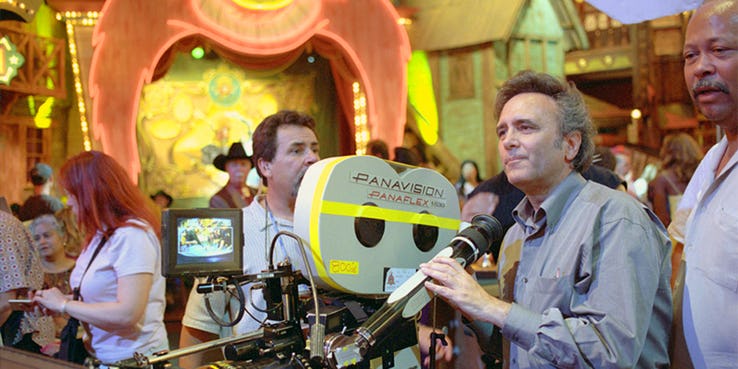 The plot of Back in Action reads-

” Tired after decades of playing second fiddle to Bugs Bunny, Daffy Duck (both voiced by the late Joe Alaskey) demands his own cartoon from Warner Bros. Instead, he’s fired, and security guard/aspiring stuntman DJ Drake (Brendan Fraser) asked to escort him off the lot. Daffy escapes and winds up crashing the Batmobile into the iconic Warner Bros. Water Tower, which results in Drake’s firing. Daffy follows him home, where DJ discovers via a videotaped message that his father Damian (Timothy Dalton), an action film star, is actually a secret agent and has been kidnapped by the Acme Corporation. He tells DJ to find the Blue Monkey Diamond before the video cuts off. DJ and Daffy leave, just missing Bugs and Warner Bros. executive Kate Houghton (Jenna Elfman), who have been sent to rehire Daffy (even though Kate’s been fired herself), as Bug’s routines fall flat without him. The two duos eventually meet up and set off on a madcap chase for the diamond against all the “bad guy” Looney Tunes characters — Yosemite Sam, Elmer Fudd, etc. — and the Acme Corporation’s evil head, Mr Chairman (Steve Martin).”

This is a stacked cast of characters, and it does work due to all the talented performers. Martin is weird, Elfman is a better-than-expected man, Fraser leans into his wacky ways, and Alaskey is phenomenal.

The movie is directed by Joe Dante and has committed performances from all the actors, great animation directed by Eric Goldberg and a lovely screenplay by Larry Doyle. 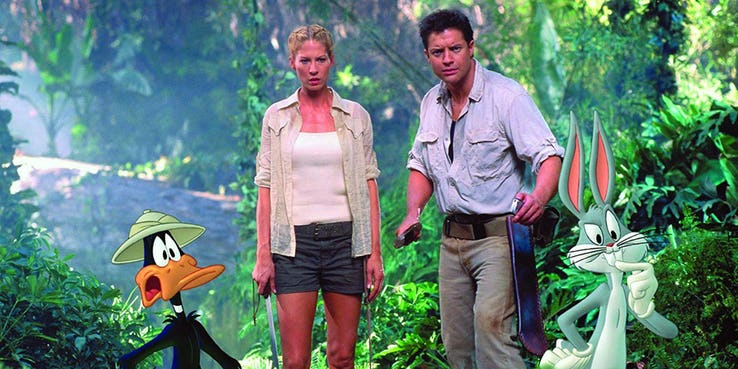 While he had a pretty miserable time while he had been making this movie, Dante had described this as “the longest year-and-a-half of my life” because of the studio executives who did not really understand the characters or the comedy and this has not reflected onscreen and instead, it plays like it must- a loving tribute to Looney Tunes, Friz Freleng, Chuck Jones, Tex Avery, Robert McKimson and Bob Clampett.

It is forgotten today, but the promotional campaign for Looney Tunes: Back in Action had given us Duck Dodgers show, and it parodies the Halo alien race as “The Fudd.”

A box-office king, Looney Tunes: Back in Action does deserve to be remembered and rediscovered. 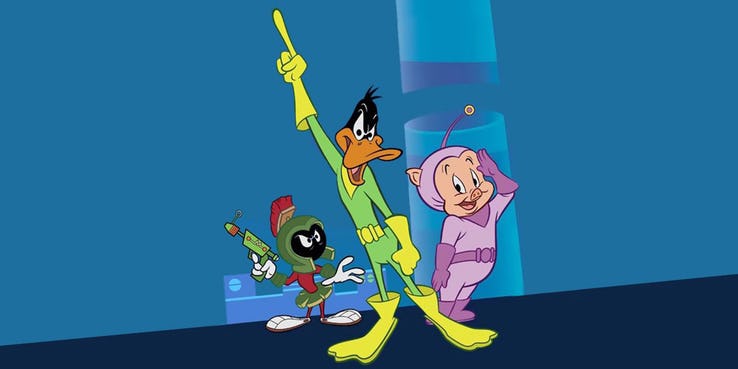 ALF Reboot From Warner Bros. Will NOT Happen And This Is...