Geeks on Coffee Home Of Geeks & Nerds
More
Home 80s & 90s CLASSIC Here’s Why An Elderly Couple Has Been Playing ‘Mario Kart 64’ Every... 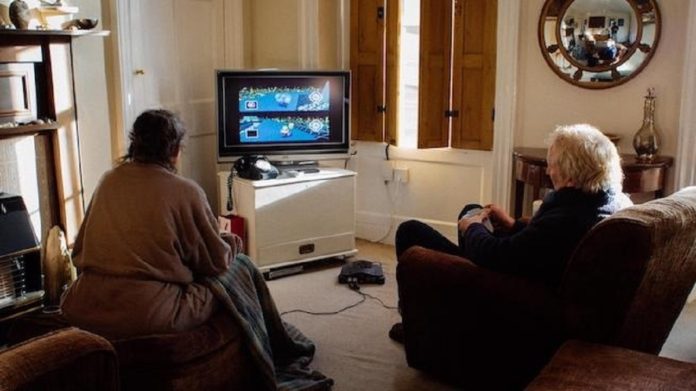 Living with the person you love is not always the easiest thing to do. For many couples, there are a lot of moments when they argue. If one is lucky, it is rare and minimal.

Rather than arguing about who does what or who said what, one couple has found out a much easier and productive way to settle things around: Mario Kart 64.

The Reddit user, f “bork1138” had taken to the website and had shared an image their parents playing Mario Kart 64 on Nintendo 64. According to the son, they have been playing this game every day since the year, 2001 just to see who will make tea that day. 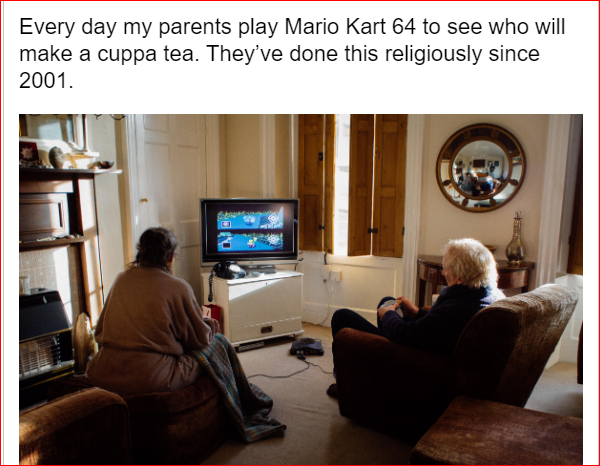 The couple does not race, but rather they play some classic Balloon Battle. Here, the racers get three balloons, and they lose a balloon if they get hurt. The last person standing wins.

This post has now gone viral, with a few who started to question the legitimacy and they say that this is an old shot. Well, of course, with so many fake news and fake images making rounds on the internet, people want proof for everything.

The Reddit user then shares yet another picture taken four years ago of his parents in the same positions playing the game. 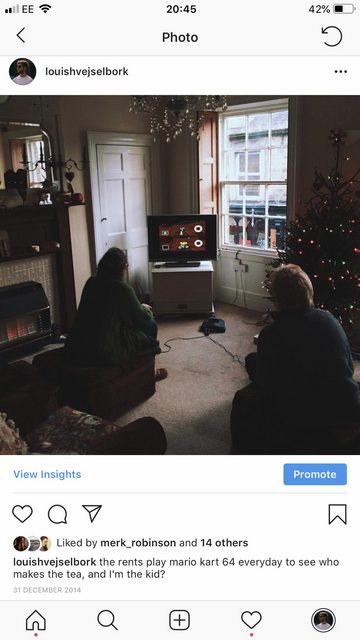 According to the son, his parents know all the tricks, and a few years ago they had agreed to not use any shortcuts and cheats. This ensures that the game is fair and both of them have a chance of winning.

Here’s A Look At The Live Action Version Of ‘Pinky &...