Geeks on Coffee
More
Home STAR WARS Here’s Why None Of The Star Wars Fans Noticed Mark Hamill At... 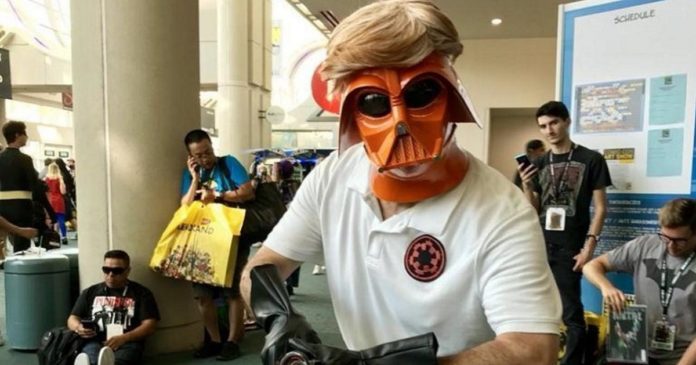 Since Lucasfilm had started making the Star Wars films, the actor, Mark Hamill has reaffirmed his position as a big-time authority in the geek circles to the point where he cannot be at Comic-Con without actually being swarmed by fans.

This is the main reason that the actor had taken part in the trend of cosplaying at the Comic-Con this year and took some stealth photos with fans and then revealed himself much later only to make a few fans feel super excited.

The Luke Skywalker actor has dressed himself up as a Stormtrooper and “Orange Vader” at the San Diego Comic-Con, and he had also managed to go unnoticed. Mark Hamill revealed his costume on his personal Twitter account and confirmed that he did had improved the pictures of a few of the fans. 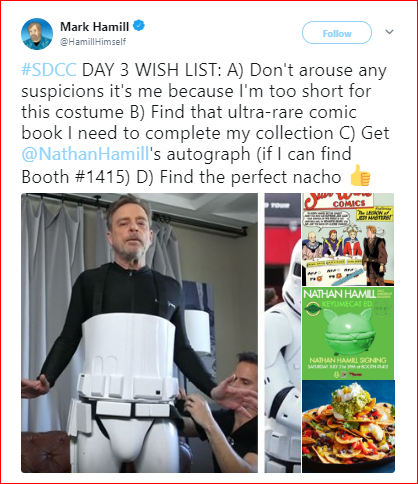 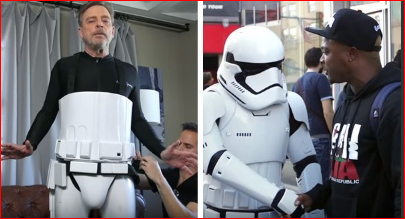 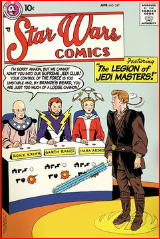 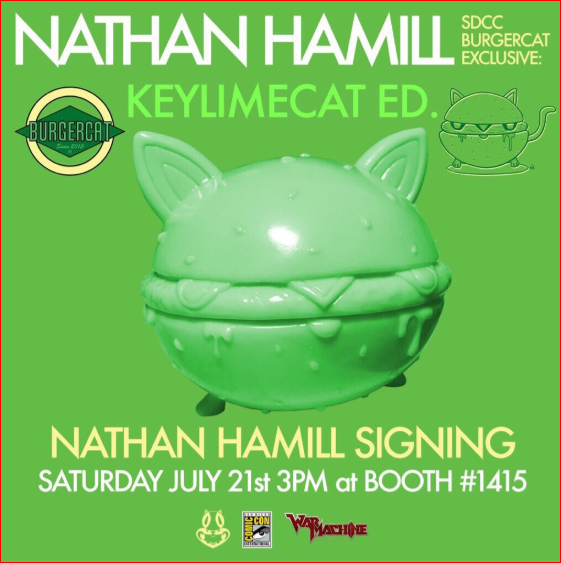 It is yet to be seen if he will reprise the role of Luke Skywalker for the upcoming Star Wars movie considering the fact that the character had just faded away in the last movie. But we can expect him to appear as a Force ghost.

Hamill had teased tease a return for the movie, Star Wars: Episode IX with director, J.J. Abrams. He had done this by posting a funny tweet and joked about the casting announcements that dominate all geek discussions nowadays and also revealed that an “empty robe” had joined the new film. 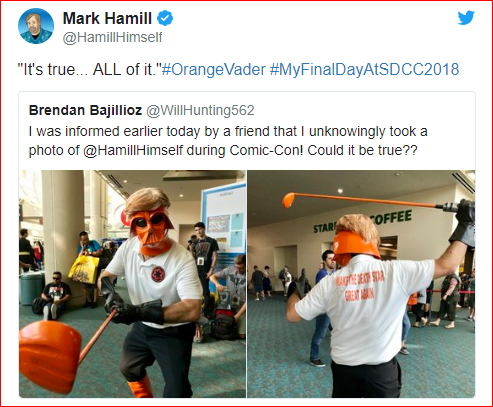 This is a reference to Luke’s death in the movie, Star Wars: The Last Jedi, but it may just be a tease that all the fans can expect to see the actor reprise the role of Luke Skywalker in the same way that Yoda and Obi-Wan Kenobi had appeared after their deaths.

All the fans are super eager to learn about the fate of this character in the Star Wars saga. 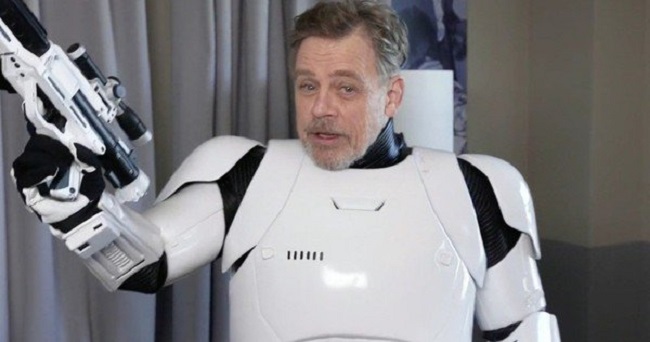