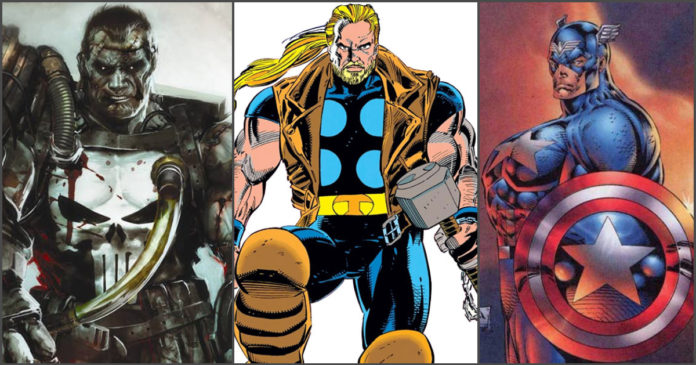 Over the years, Marvel has tried reboots many times, and they have used them to great success. Whether it be the introduction of All New, All Different X-Men or the revamp of Guardians of the Galaxy or the modern works like Moon Knight, and Jane Foster taking over as Thor, Marvel has many times created winners, making us love characters that we would have normally ignored.

However, reboots are a tricky territory. It is not as if Marvel didn’t have any bad reboots in their long and illustrious history. It is obvious that not every idea will be awesome and every change will be well-received. However, sometimes an idea could be worse than the others, and here we look at some Marvel reboots that they would rather wish you don’t remember about!

Hang on! Don’t start your hateful rant so soon. This is about the Marvel NOW! Reboot, and not the 2008 series which had established the Guardians of the Galaxy. There are various reasons for it to be highly rated. As soon as the film’s publicity started, Marvel rebooted the comics to imitate it and undid everything that had built the Guardians, to begin with. It is rated as the worst work of Brian Micahel Bendis.

Most of the action was based on Earth (crazy for a team that calls itself Guardians of the Galaxy), and characters were put into a team without any care for their suitability. It was more the case of bad writing instead of bad approach. 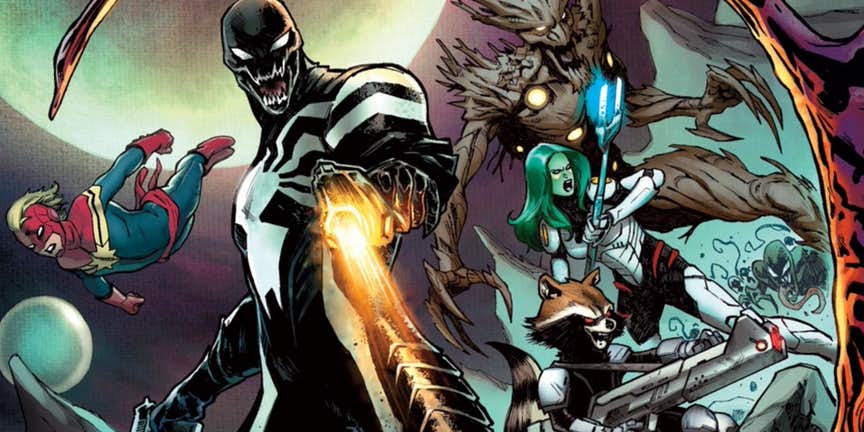 That’s right. Wasp was turned into a mutant due to some comic book bravado, given biological wings and a new costume. The Wasp was relaunched in Avengers #394, late into the much-ridiculed Avengers event “The Crossing,” and frankly nobody bothered. In fact, even Wasp didn’t care, and Hank Pym gave her full freedom.

For the Avengers, it didn’t matter whether she was psychologically modified, or was lost in that cocoon which led to the revamp, and nobody was bothered. There was no emotion on display, and they all simply moved on. Fans disliked it, and Marvel was so embarrassed that they tried wiping it out in Heroes Reborn and Heroes Return. 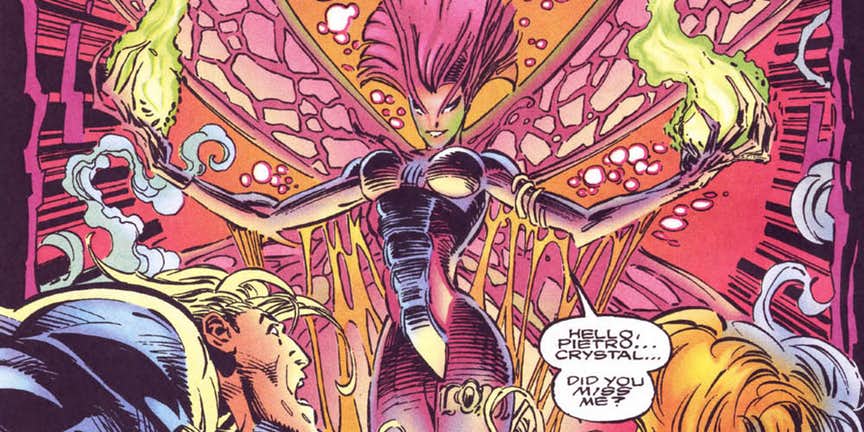 Thunderstrike aka Scaled Down Thor

There was a crazy in the 1990s to replace the heroes with their extreme versions, and Thunderstrike was a Thor with ponytail and a mace which was quite identical to Hercules. After Eric Masterton gets fatally wounded by a wicked humanoid mongoose named Mongoose (no kidding), Odin gave him Thor’s power. After his short run as Thor, Odin gave him a mace called Thunderstrike and allowed him to keep going as a superhero.

Thunderstrike turned out to be a boring Thor, having the same powers and an identical costume. Eventually, he was chucked out of the Marvel Universe. 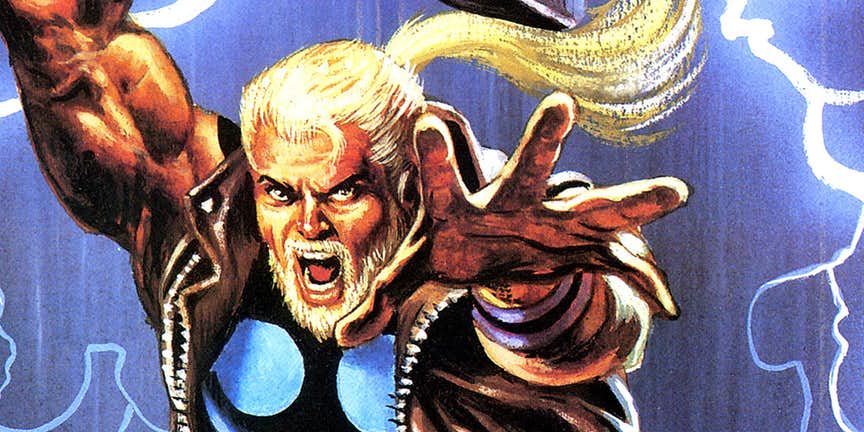 We all know that Captain America was created courtesy of the World War II, and it was a vent to channel Jack Kirby and Joe Simon’s angst at the growth of Nazis. Therefore, Captain was originally a propaganda medium, his stories were mostly about insulting Nazis and telling Hitler how things were. However, once the war ended, people lost interest in Captain America, and the comic book was canceled.

Marvel was known as Timely Comics back then, and a reboot was attempted in 1953, depicting him as a front against the increasing communist threat. Sadly, the Cold War was not as clearly demarcated as the World War II, and the communist threat was more long-term than the Nazis. The reboot flopped, and Captain was missing from action until he was pulled out of ice in 1964. 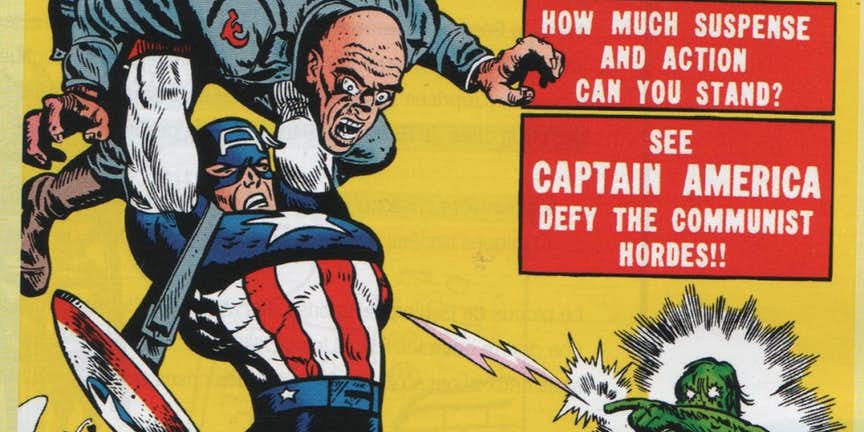 Why does it always happen to Frank?

After becoming Punisher for about a year, Frankencastle is a concept that keeps getting worse the more you pay attention to it. Frank was savagely murdered as a consequence of his hatred for Norman Osborn. The monsters from the Marvel Universe revive his body in hope that he would protect them.

Although there was no need to kill Frank (apart from setting up this tale), it turned Frank’s stories into a new genre. It was nonsense for his character. Frankencastle was weird and illogical. It is a lesson on what not to do with your IPs. 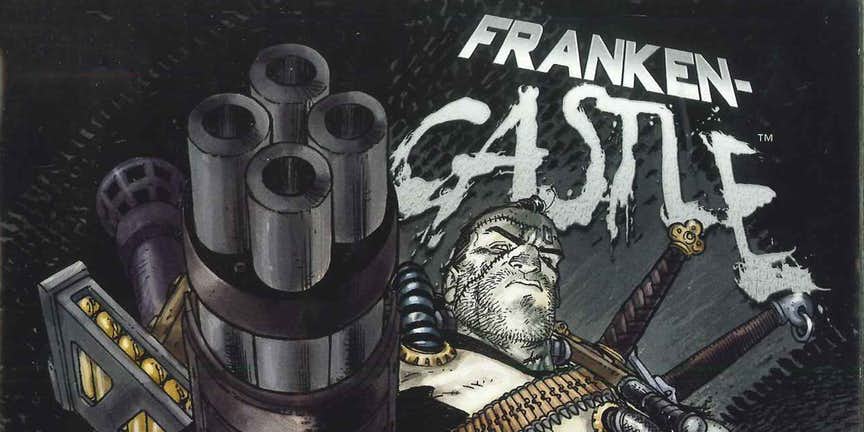 Darkahawk: how to manage anger in outer space

Soon after Annihilation, the event that rebooted the cosmic angle in the Marvel Universe, they came up with another cosmic story, “War of Kings.” Darkhawk was expected to be the next big thing for cosmic Marvel. There was a miniseries to establish “War of Kings,” and we were once again introduced to Chris Powell, a teenager who was reckless about his anger, although it could have helped him avoid destruction while using the advanced tech of the Darkhawk suit.

Seems like they didn’t want to put in that much effort. Frankly, it expanded the Darkhawk mythos greatly,but, Chris Powell was so terrible that we couldn’t follow him. 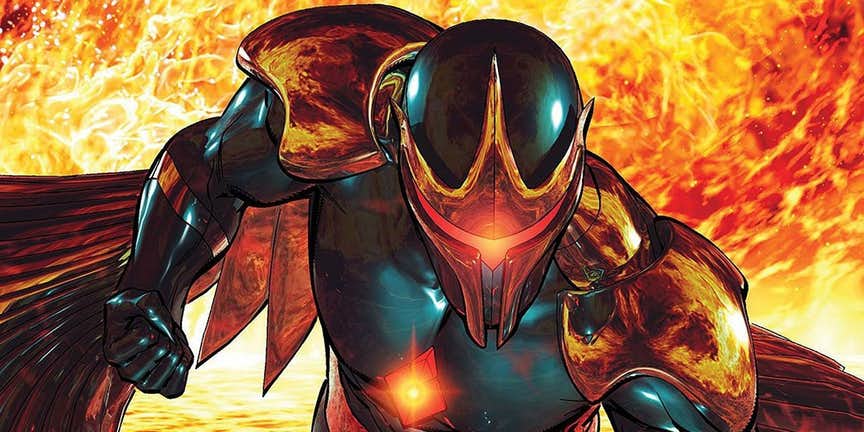 We don’t know how to start with Heroes Reborn. The 1990s was a terrible time for Marvel. Financial issues, ever-shrinking fan base, and a major continuity problem was pulling them down. Something massive was need. Therefore, almost everyone apart from X-Men were killed and put into another universe with contemporary updates. They had outsourced those titles to artists who had exited Marvel under dubious scenarios.

It would be putting it mildly if we say that the response was poor, and Rob Liefeld’s Avengers and Captain America had to bear most of the hatred from fans. The story-telling was random and lacking in focus. “Heroes Reborn is the prime example of what qualifies as a terrible comic universe reboot. Marvel learned its lesson the hard way.

Can Batman Defeat The Avengers? Yes, Here Is How