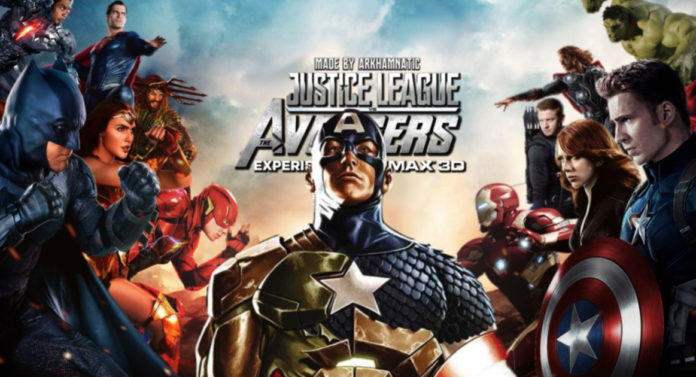 Marvel Cinematic Universe is no more satisfied with picking up characters and origin stories from the vast Marvel catalog and has now started adapting the whole comic book narratives. Captain America: Winter Soldier and Civil War were started as comic narratives. Thor: Ragnarok was partly inspired by World War Hulk and now the Avengers: Infinity War is the grand culmination of everything that we have so far seen in the MCU. 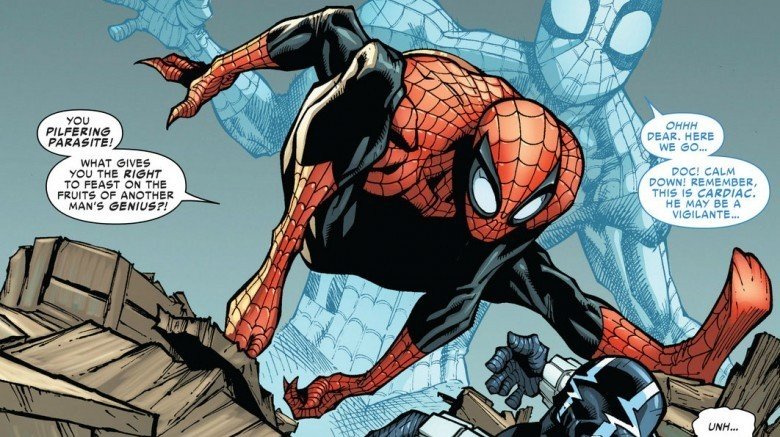 However, it is not as if all the comic book stories are ideal for movies, and some of them would never get turned into a film. At times they are extremely violent, controversial or feature uncomfortable and obscene themes. Here we look at some of them.

If you are familiar with the contemporary comic books, you would be aware of the Secret Empires, the mega event comics from Marvel that was published in summer 2017. It is a controversial comic book which shows Captain America as a Nazi.

The captain is a secret agent for Hydra in this storyline. The controversial comic book shows Captain in a bad light. After Steve Rogers compromised SHIELD and conquered America in the name of Hydra, he imprisons the super-powered Inhumans and dispatches them to concentration camps. Despite him not being clearly shown as a Nazi, the signs are way too obvious. 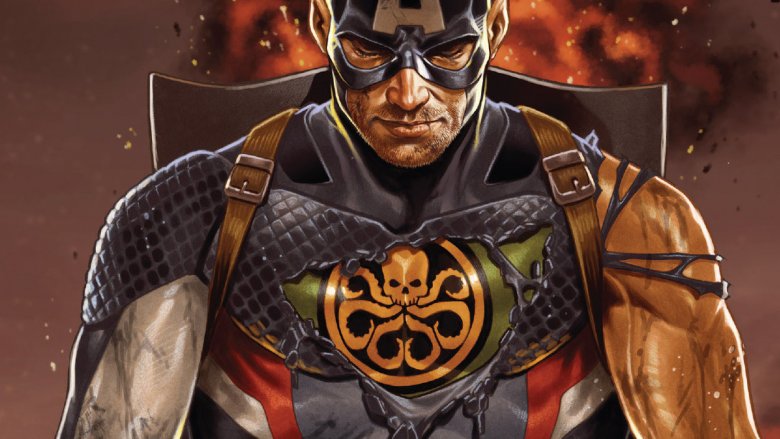 While Marvel movies do a lot of good things, but, they are not great at onscreen diversity. Iron-Man started the MCU ten years ago, but, they haven’t got a solo female lead film until next year’s Captain Marvel and those hoping for LGBTQ characters will have to wait even longer. Assuming that any of the current MCU characters is shown to be queer, it won’t be a leading one.

Now that Hugh Jackman has retired from X-Men, time is ripe to try another version of Wolverine. A gay Wolverine would be a fantastic concept for a gifted movie maker to explore and turn into one of the most loved superheroes ever. However, such a character and the movie is going to be tough to sell, and we are not looking forward to seeing it anytime soon. 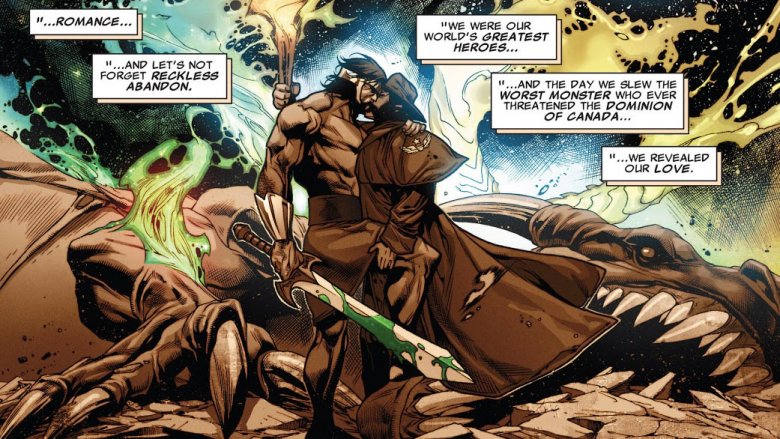 Sins Past (and Sins Remembered)

Despite Green Goblin being Spider-Man’s long-term enemy, we don’t think Norman Osborn will be seen on the big screen. As per the producer of Spider-Man: Homecoming, Norman and other Osborns will remain confined to the comic book panels for the years to come. According to her, “I don’t know how many more times we can do the Green Goblin.”

This might be terrible news for Goblin’s fans, but, Norman’s absence also means that Sins Past will ever be told on the big screen. That’s a good thing because “Sins Past” is a terrible storyline. However, it is the sequel storyline “Sins Remembered” which shows Peter make out with one of Gwen’s twin daughters because she resembled Gwen. It was so disgusting that comic fans rejected it and it was retconned out of continuity. We don’t think the movie audiences will see it either 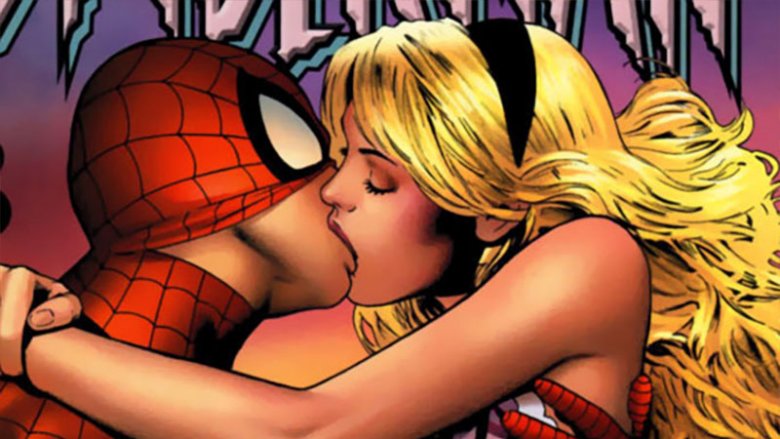 Chris Hemsworth is a great looking funny man, and the Thor movies rely greatly on his charm, but, even his disarming smile and great humor won’t be able to bring Thor: Vikings onscreen. Here is a story which shows that the ancient Norsemen were nothing like Thor and his fellows. They were strong-hearted warriors who were extremely mean and Thor: Vikings loves that.

This is a comic which starts with a horde of Vikings flattening a Norwegian village, and then the invaders reach modern-day New York where they unleash a streak of rape, pillage, and murder all around Manhattan as zombie invaders. They put a spear through the mayor during a live telecast and create a street blockade SoHo with mounds of severed heads. Thor also struggled to stop them after they broke his arms,  wrapped his hammer around his neck with a chain and dumped him into the Hudson. 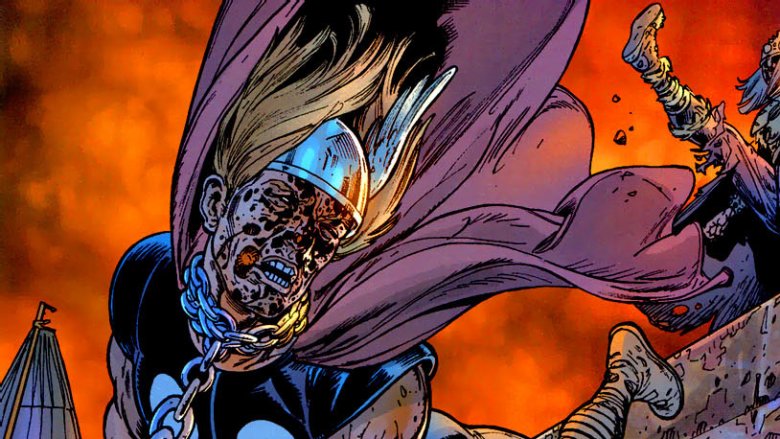 The Avengers have underscored the potential of superhero crossovers on the big screen with films like Captain America: Civil War, Spider-Man: Homecoming and the Avengers movies including the latest blockbuster Avengers: Infinity War. There is only one superhero crossover that every fan dreams of, and that is to see Marvel’s Avengers and DC’s Justice League feature in the same film and battle each other to decide who reigns supreme.

Sorry to break your heart, but, it will never happen. The chances of such a movie are as strong as the chances of Coca-Cola selling Diet Pepsi or Apple selling Samsung products or the USS Enterprise taking on the Millennium Falcon. The rival houses of Disney and Warner Bros. would never join hands to create something that would benefit the other. 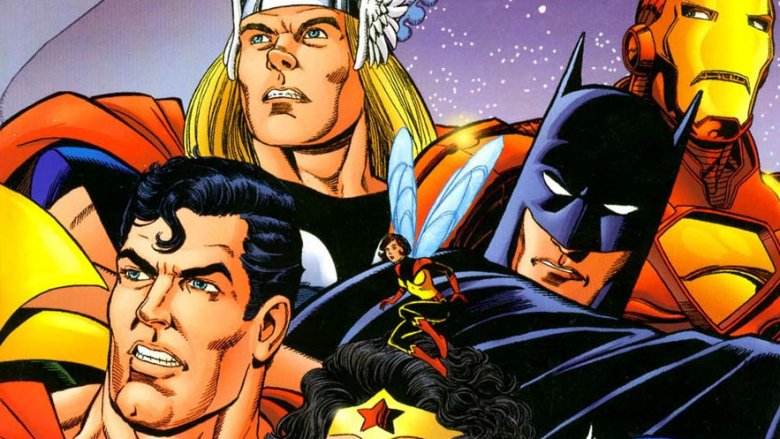 15 Extremely Sexy Skyrim Mods That You Must Try