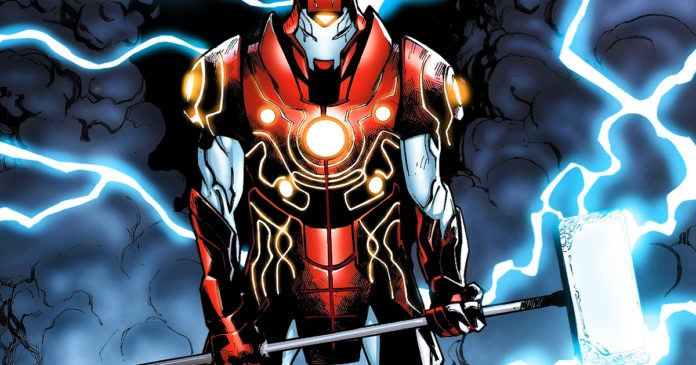 Earlier, Marvel Comics had hinted at a new project when they released several superhero mash-ups on social media. Now, further details have been shared about the project with the release of hi-res color versions of a number of character designs, as well as the unveiling of the project’s title.

Humberto Ramos created these mash-ups of various Marvel heroes, and the publisher first released them on Twitter with the hashtag #WhoGetsWarped. Ramos was joined by Marvel’s Editor-in-Chief C.B. Cebulski as well as writers Gerry Duggan, Al Ewing and Ben Blacker, since all of them are a part of the creative team for this project, though it has not yet been revealed which one is Blacker associated with. 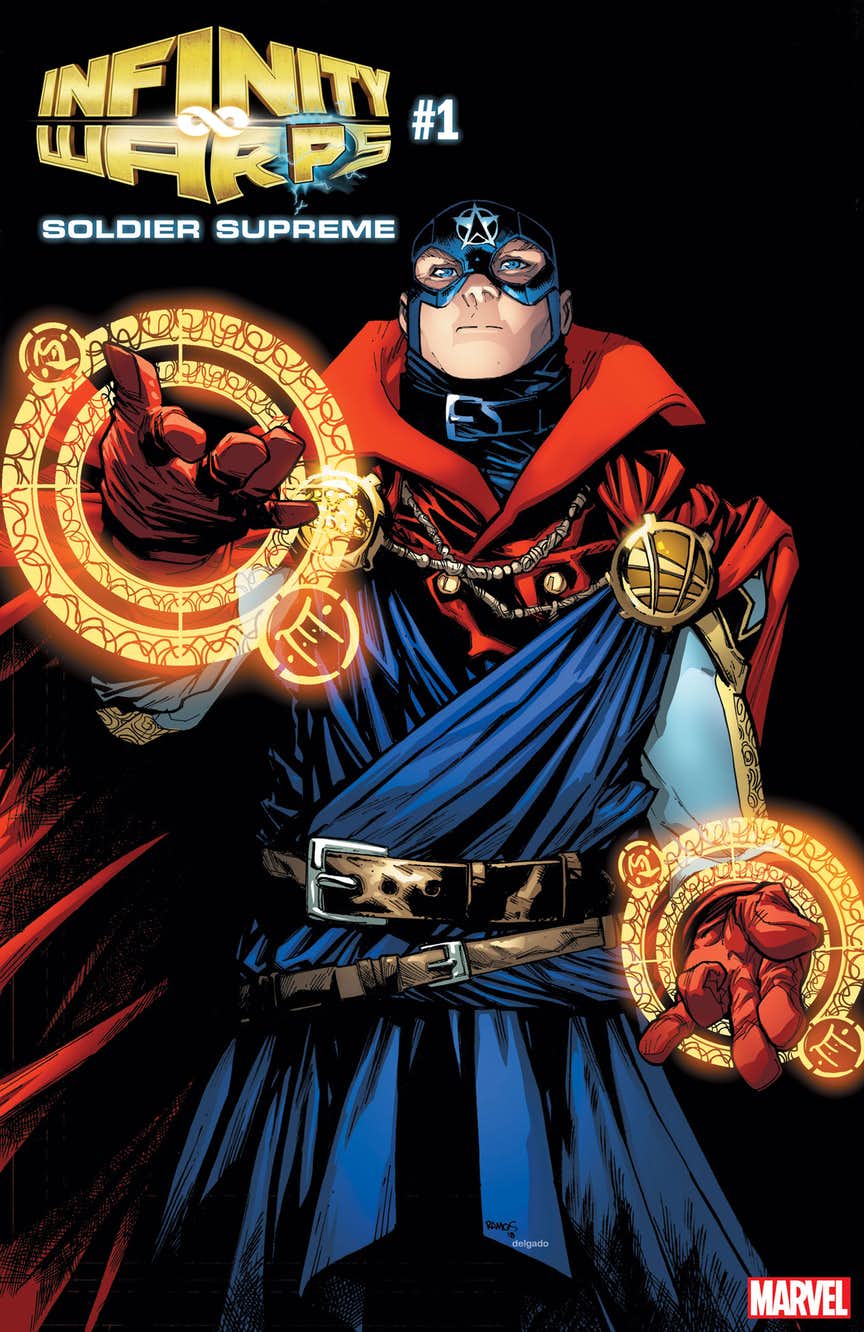 First up is the cover for Infinity Wars: Iron Hammer #1, written by Al Ewing and art by Ramon Rosanas. Next is the Infinity Wars: Soldier Supreme #1, cover designed by Ramos and written by Infinity Wars writer Gerry Duggan. The interior art for the comics will be done by Adam Kubert.

Both series will have two issues each and will be out in September. 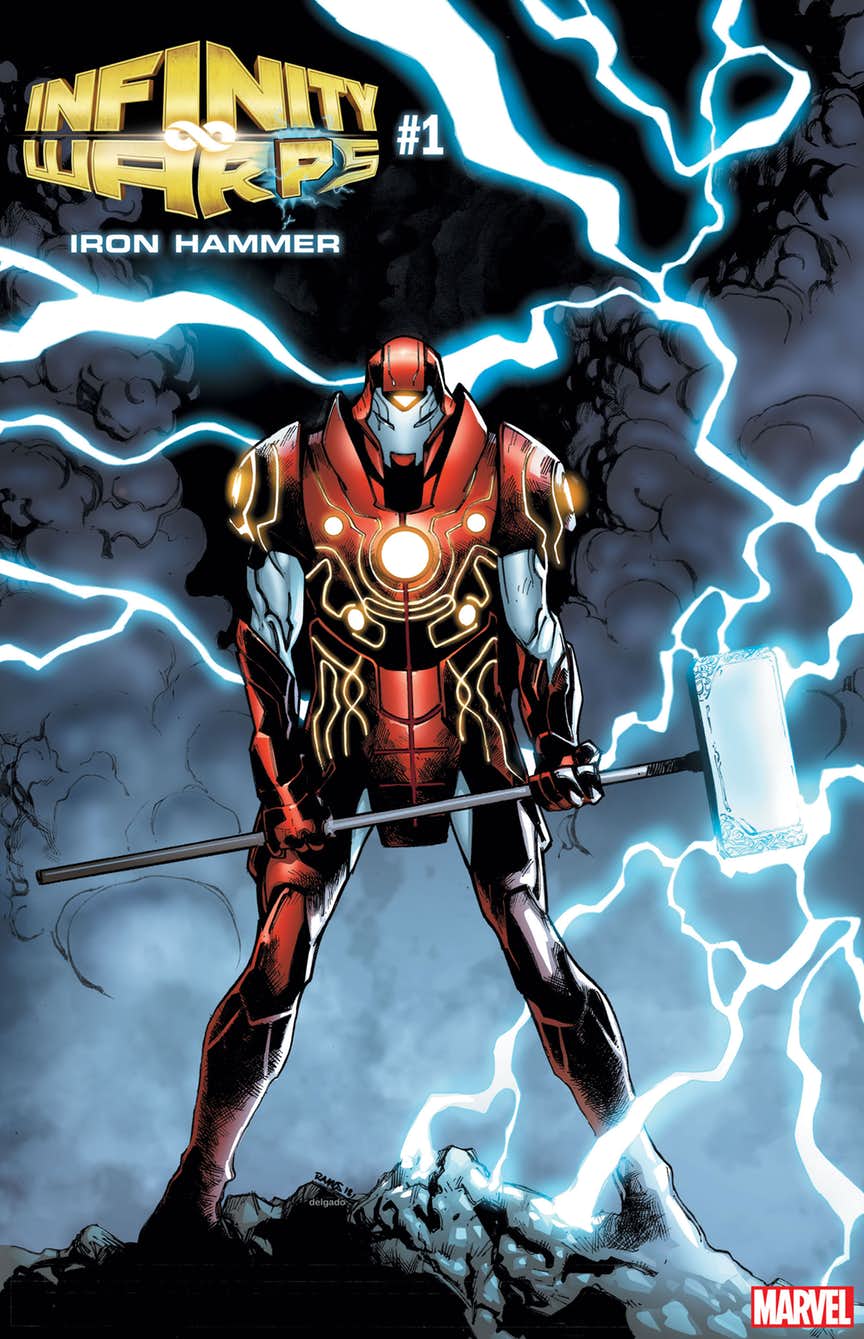