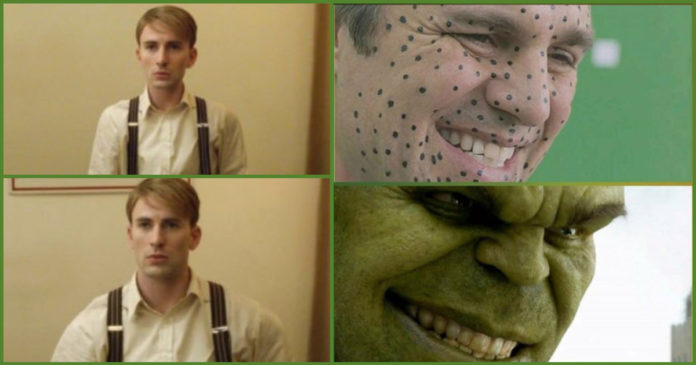 Most of the Marvel films always revolve around a mix of mutants, superpowers, Gods and also aliens but all this does not happen naturally, obviously. Many people work really hard behind the scenes to bring mystical creatures to life and give us amazing visual effects.

When fans watch a superhero film, they are very aware that most of what we’re watching has been digitally created although the amount of visual effects required to bring a Marvel film to the silver screen is pretty high as a few recent releases have relied 98% on VFX artists.

This is a big number, but this is the Marvel way, and the studio’s movies have for long relied on CGI, and unlike a few studies, they are have put CGI to great use. Thor’s hammer, Iron Man’s suit and Thanos’ Gauntlet are just a few examples of the props that may need to have CGI effects added to them. 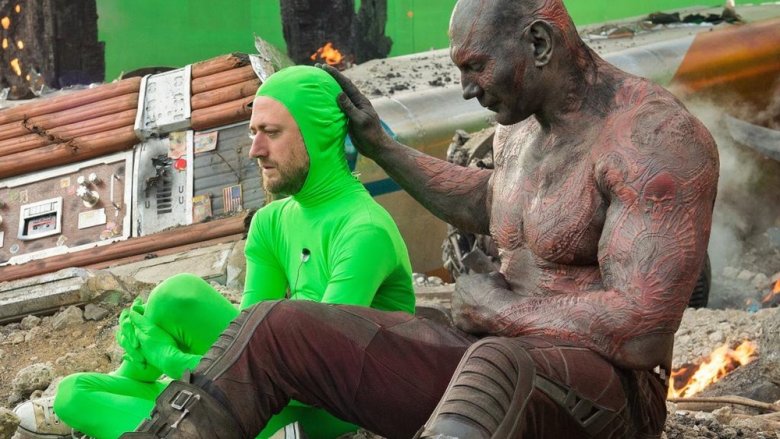 Many have gotten a chance to go BTS of the blockbusters to bring the fans a few images of the making of these movies. From the MCU classics to all latest hits of the X-Men franchise, the Marvel films look very different before they had added the special effects. These special effects really bring life to the movies and from the very first movie that kicked off the franchise, Iron Man till the upcoming Avengers 4 movie, we have seen Marvel make the best use of CGI to ensure that the fans really enjoy every movie they watch. 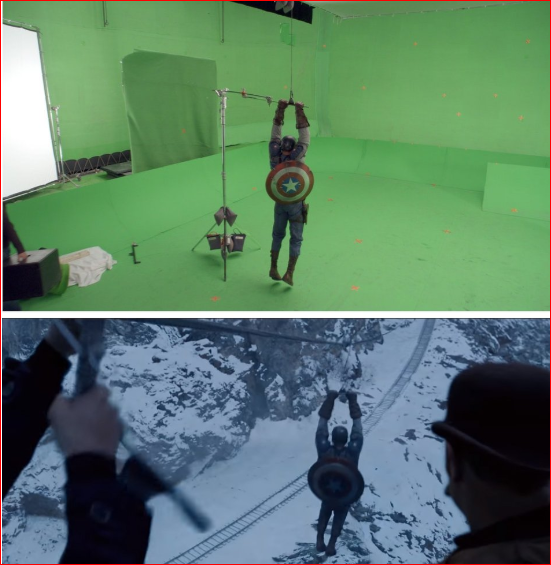 2. The Battle of New York was a hard time for everybody 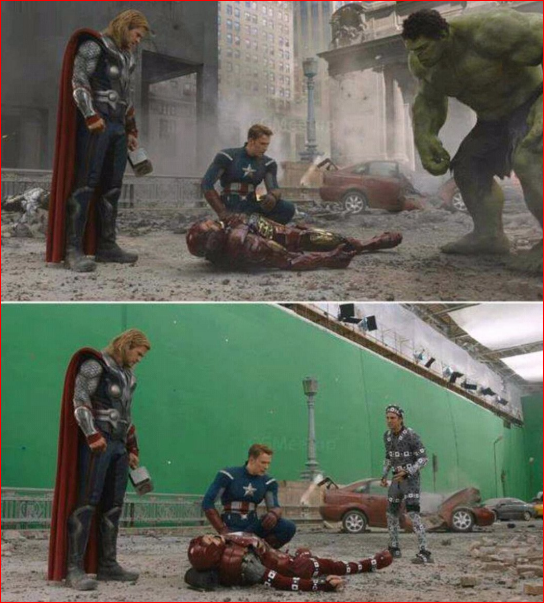 3. You know this was CG, because I’ve never seen traffic that clear in NYC 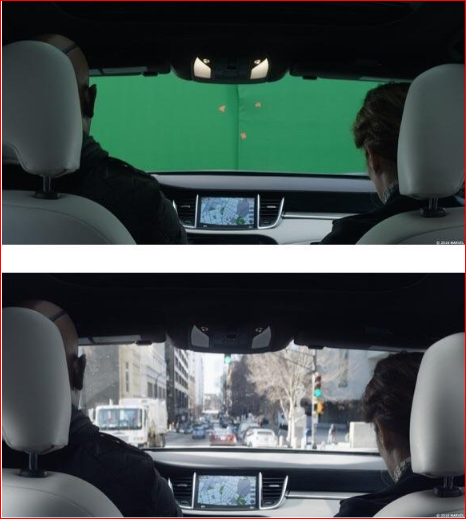 4. Smile like you don’t know Josh Brolin is going to replace you 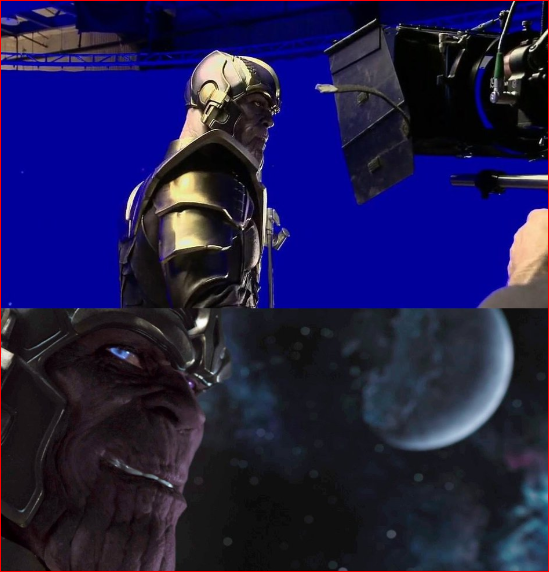 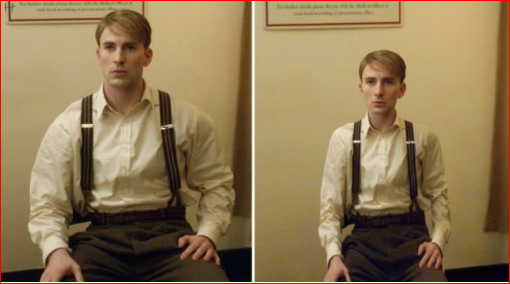 6. That face when you realize RDJ hasn’t worn “armor” since the Bush administration

7. Sean Gunn is a man of many talents 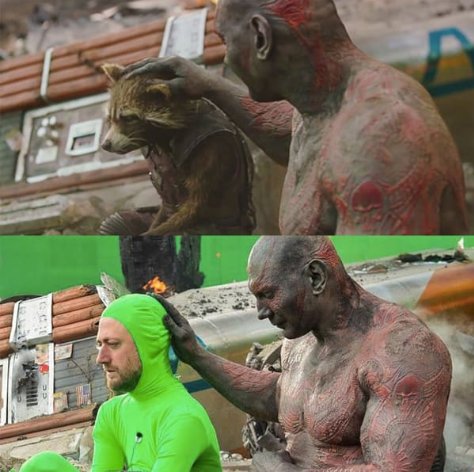 8. When an actual airport is too busy to shoot for continuity… 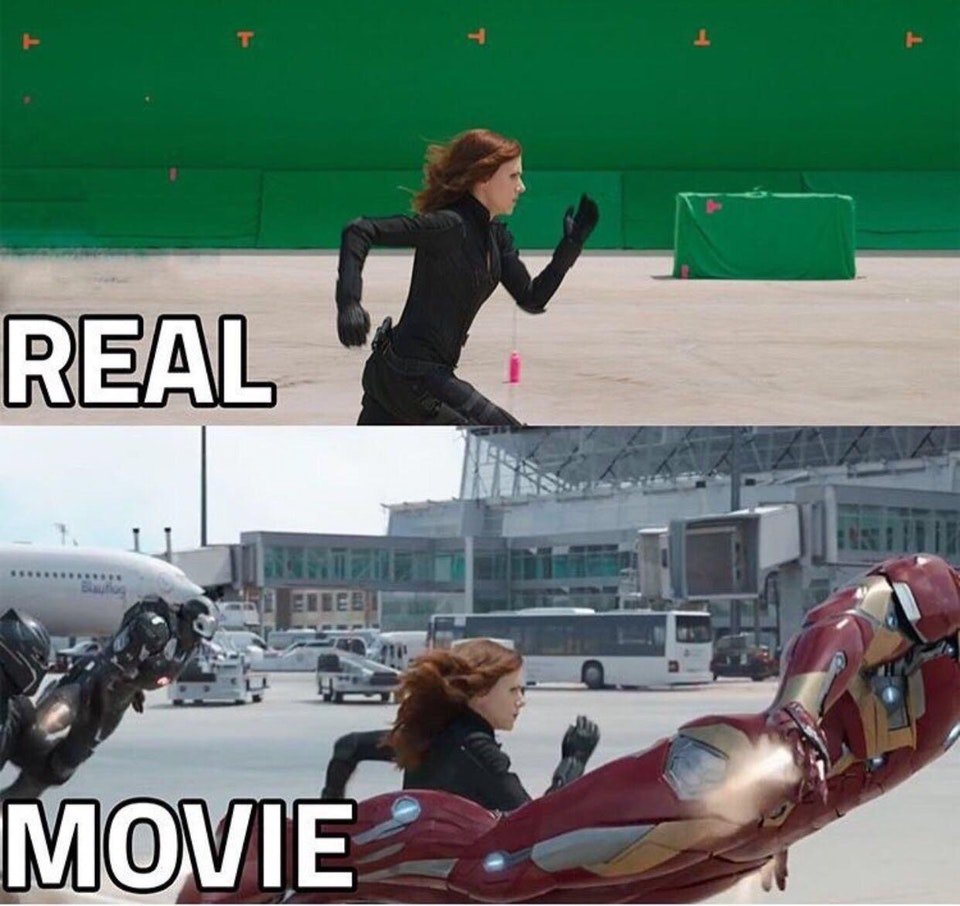 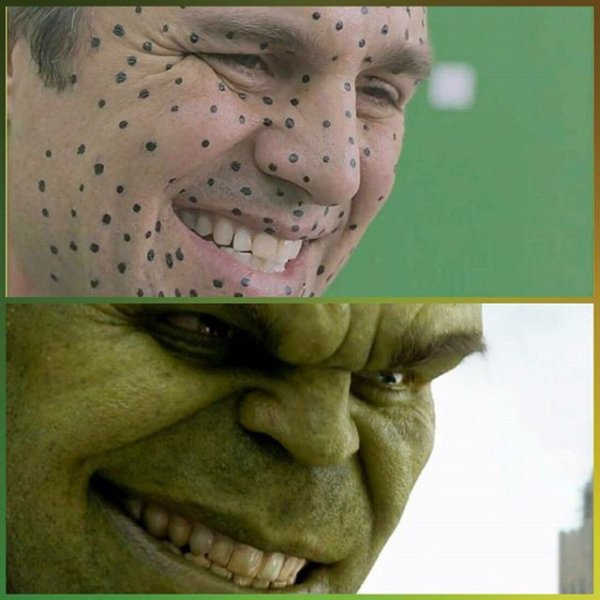 DON’T MISS: 7 Crazy Scenes That Were Deleted From Avengers: Infinity War And Other Marvel Movies

10. Who needs sling rings when you got LEDs on a C-Stand? 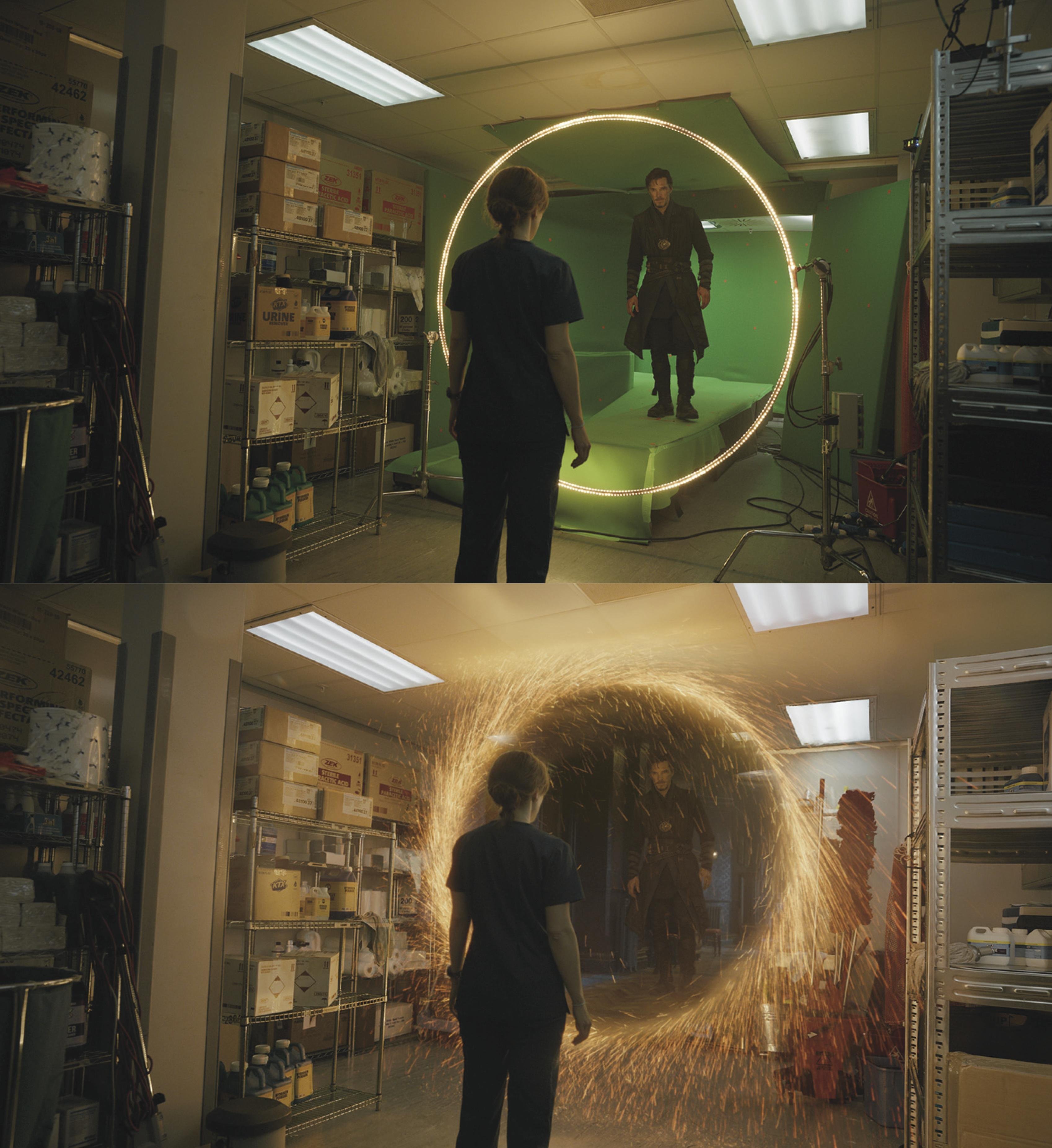 11. Big dumb foam suit so Chris Hemsworth can interact with a CG model, who wore it better? Hulk… 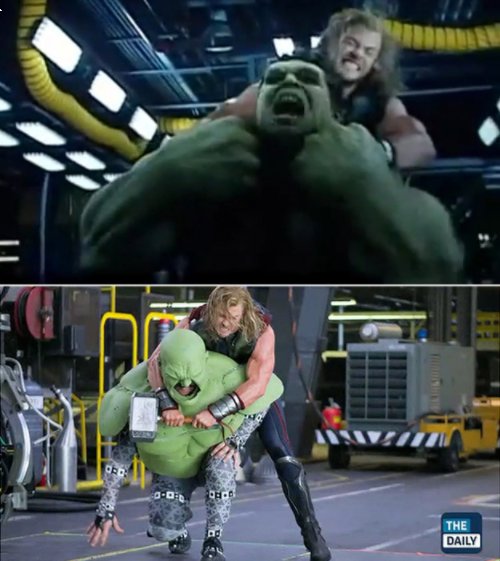 12.  Or Thanos? (also note that even his SLEEVES are CG in that shot)

14. There something cute about how they lit some of the boxes on fire for ambience 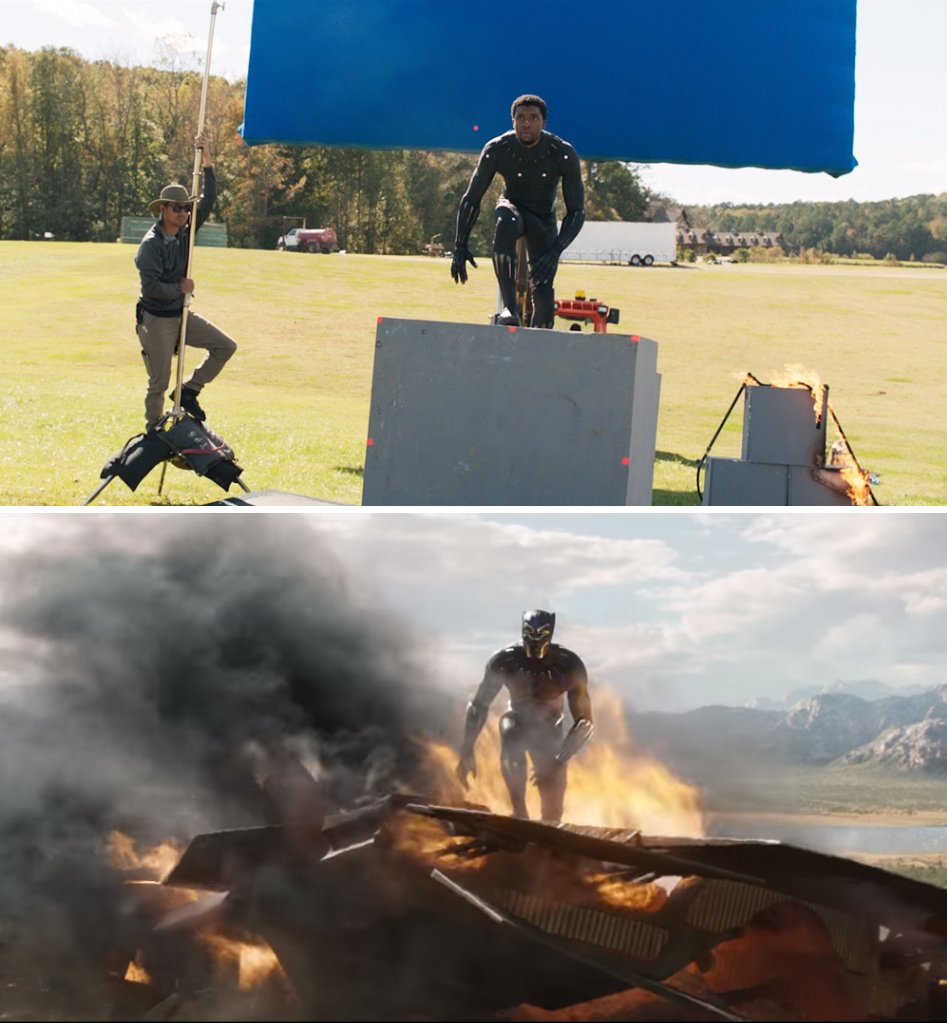