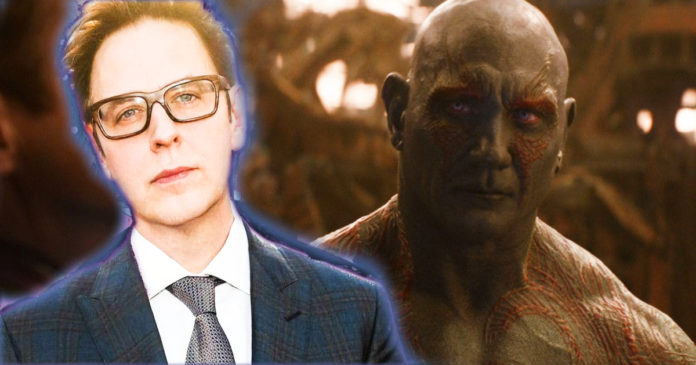 The star of Marvel’s Guardians of the Galaxy, Dave Bautista has now expressed his support for the director, James Gunn and he has blamed the “cybernazis” who had unearthed these ‘long long ago, so long ago’ offensive comments that had eventually led to James Gunn’s firing.

A few of the director’s right-wing detractors had uncovered these tweets regarding pedophilia and that he had made between the years, 2008 and 2012. This was just before he had been hired for directing Marvel’s Guardians of the Galaxy. These finds had been broadcast to a huge audience by Thursday and the conspiracy theorist, Mike Cernovich had who pointed to them the evidence of “pedo network operating in Hollywood.”

James Gunn had then issued an apology and said,

“when I made these shocking jokes, I wasn’t living them out.” 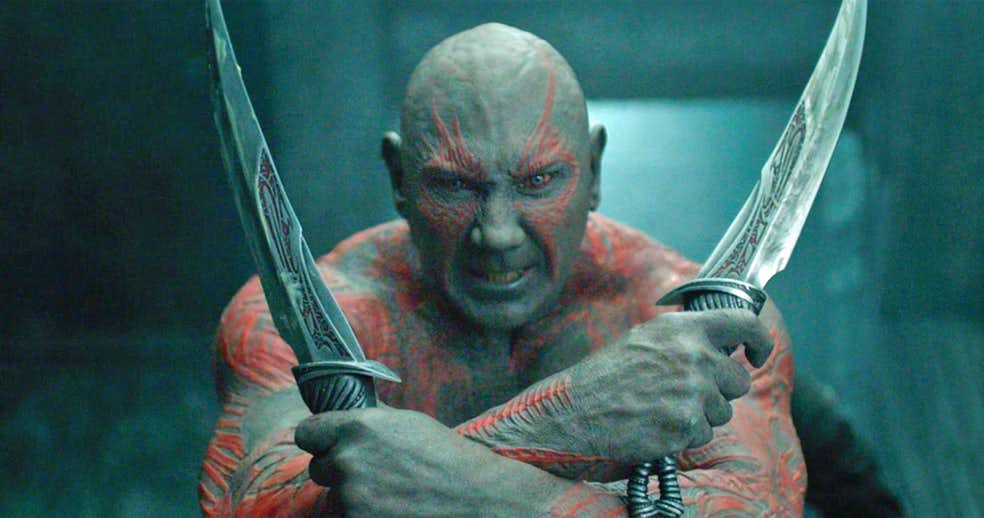 The Chairman  of Walt Disney Studios, Alan Horn had soon announced the director’s firing from the Guardians of the Galaxy Vol. 3 franchise and called the tweets “indefensible and inconsistent with our studio’s values.”

The actor, Dave Bautista had questioned what others would have done if they had found themselves in the cross-hairs of this kind of “cybernazi” attacks and he also called for redemption for James Gunn.

“What will you do when the #cybernazis attack you?” the actor wrote. “Who will stand by you? Who will cowardly distance themselves from you? Who will punish you for horrible JOKES in the past instead of defending you for INSPIRING millions? MILLIONS!!!”

One Twitter user had asked if Bautista would boycott Guardians of the Galaxy Vol. 3 if James Gunn was not reinstated, to which he had replied that this issue goes beyond this very instance:

“What happened here is so much bigger then G3, @JamesGunn, myself,@Disney, etc. This was a #cybernazi attack that succeeded. Unless we start to unite together against this crap, whether people are offended are not! …it’s going to get much worse. And it can happen to anyone.”

Even though James Gunn had said that he accepted Disney’s decision while he took “full responsibility” for the actions of his past, the filmmaker received a lot of support from people like Sean Gunn and Selma Blair.

A fan had also launched a petition for Disney to rehire Gunn and this had closed at 170,000 signatures.