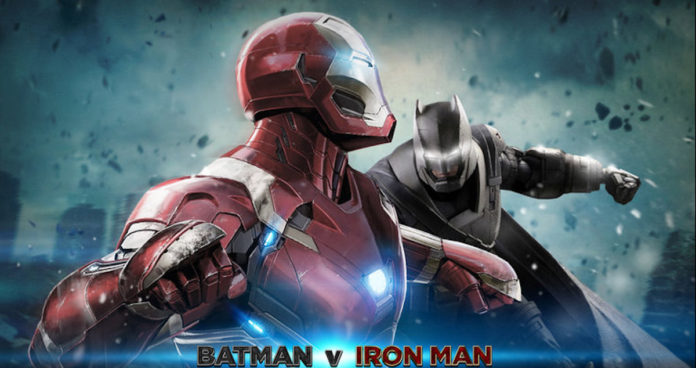 It is well-known that DC Comics and Marvel Comics are the biggest rivals to each other, and it is widely perceived that a crossover between the two comic book giants is impossible. However, most people might not know this, but, there have been a few crossovers between the two rival publishers. 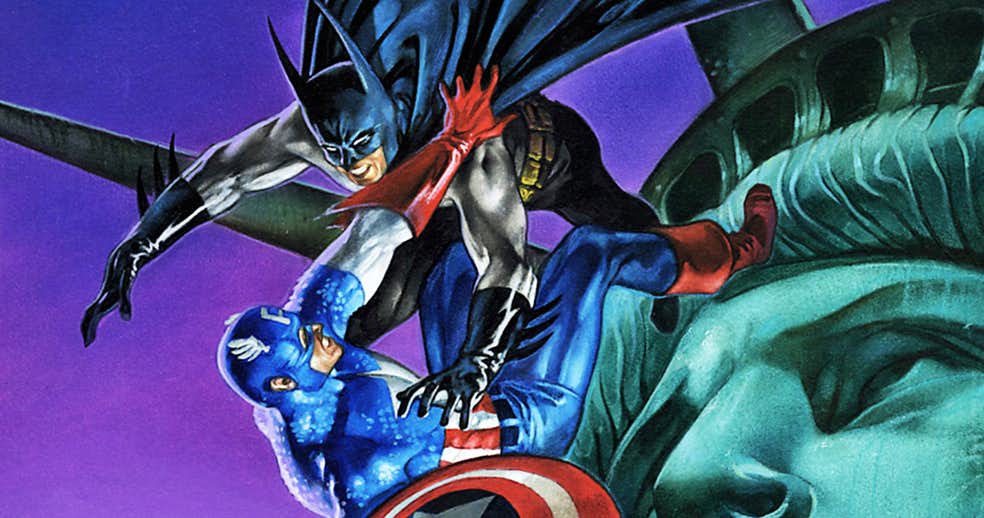 It is true that the crossovers didn’t take place in the last one or two decades, but, there are quite a few Marvel and DC crossovers in the history. In fact, there have been company wide crossovers such as DC vs Marvel, All Access, Unlimited Access and JLA/Avengers, which featured the entire list of characters from both brands. This crossover history goes back to 1976’s Superman vs Amazing Spider-Man: The Battle of the Century, which showed various of their heroes either team up or take on each other. It was a highly successful crossover which compelled DC and Marvel to share print space repeatedly. Let’s take a look at some of these.

Issue #27 of DC Special Series had a story titled “The Monster and the Mad Man”. In this story, Bruce Banner is shown working as a researcher at WayneTech and trying to find a cure for his “disease.” The Joker barges in and steals the gamma gun which was needed by Banner, he turned into the Hulk.

Batman tried stopping him, but, he found the power of the green monster too much and was able to control him only after he sprayed him with some gas. 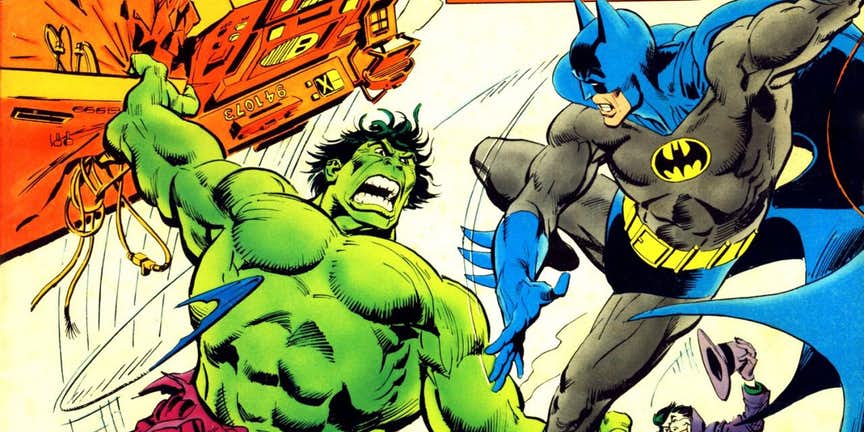 6. QUICKSILVER VS THE FLASH

DC and Marvel created a highly anticipated versus crossover in 1996. It was obvious that the two fastest men from the rival houses were going to battle each other. There was The Flash – Wally West edition who took on Quicksilver.

In no time, it was revealed that The Flash was not just the fastest, but, also the better combatant. He beat Quicksilver in a record time.\ 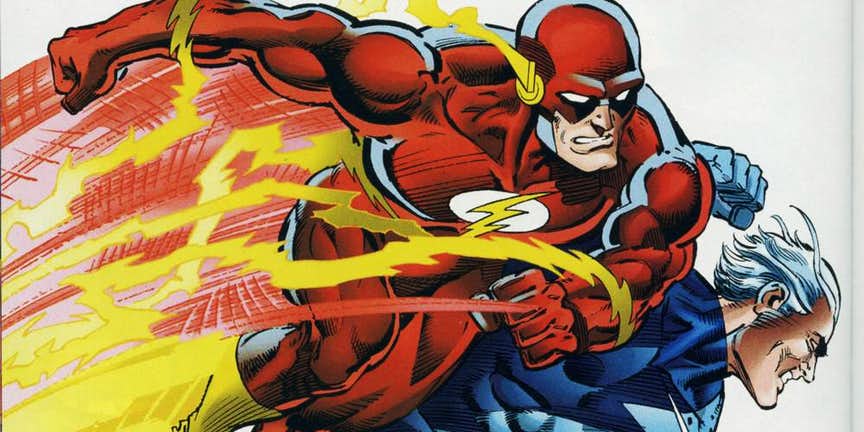 The DC Vs Marvel crossover featured the Captain America vs Batman fight as the main event of the series. They are two evenly matched heroes who can go on fighting for hours and hours, in a sewer.

It is a flooded sewer and after the Dark Knight managed to dodge Captain’s shield, he knock the Captain down with a batarang and he falls innto the sewage water. Batman dived in the dirty water to rescue and revive Captain. However, the few minutes that Captain was knocked out, saw Batman being voted as the winner. 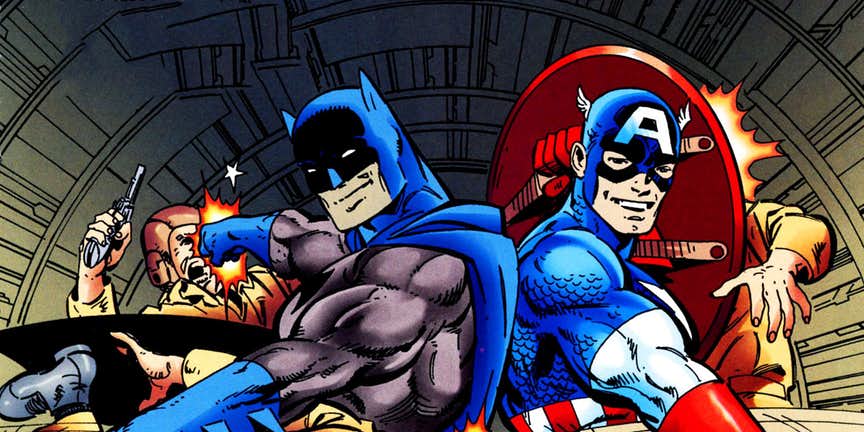 Superman has battled the Hulk twice. Their first fight was during the 1996’s DC vs Marvel crossover event. Superman won the fight after blasting Hulk with heat vision. Their second battle was during the story Incredible Hulk vs Superman.

In the second battle, Hulk delivered the decisive punch, but, after Superman used his last bit of strength to save Hulk from a cannon missile, Hulk doesn’t kill Superman and walks away. 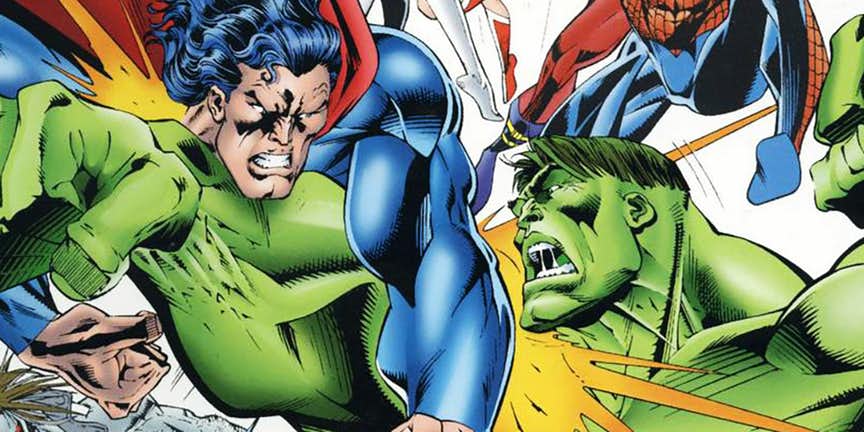 Well, it was not technically a versus fight. In fact, it was similar to ta tag team match featuring the two archers, but, this is the best we ever got to seeing the two take on each other. 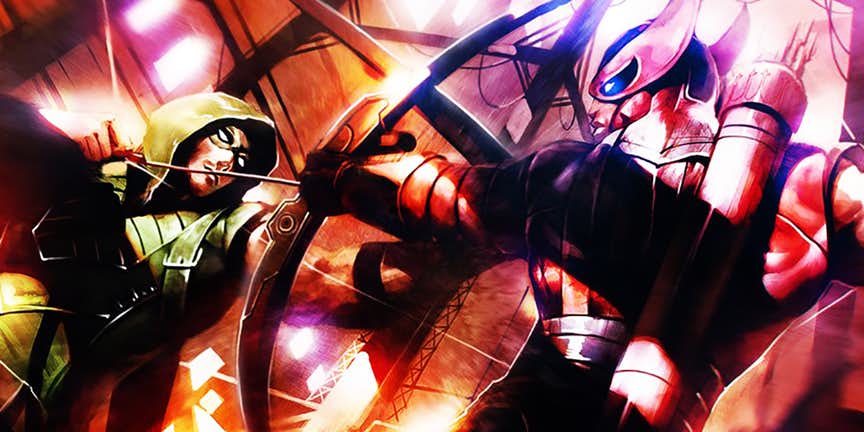 In the DC vs Marvel crossover, Darkseid faced off with Thanos. It is not as if they were chosen to battle, but, they wanted to fight just for the sake of it, especially Darkseid, who accused Thanos of being a cheap imitation of Darkseid himself.

Ironically, since this fight wasn’t part of the official DC vs Marvel thing, it didn’t have an ending, but, at least it feels good to know that these two guys did come to blows once. 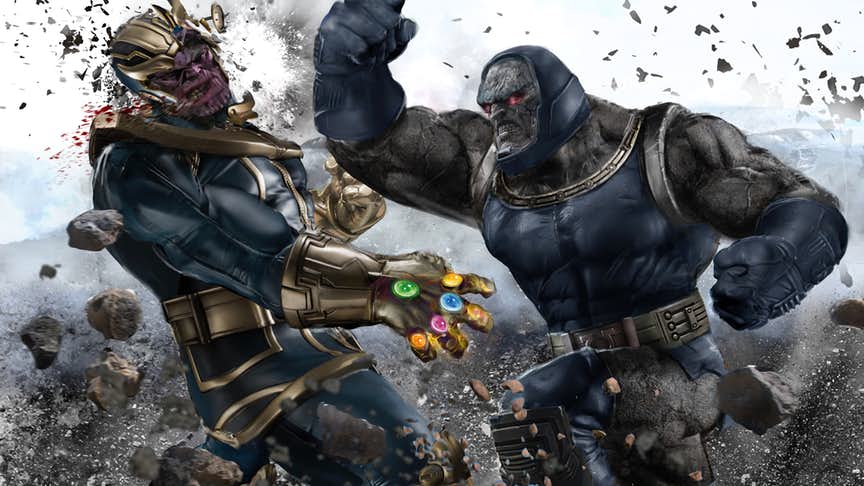 Thor fought with Superman during the JLA/Avengers event, and it was a battle for history. They were quite evenly matched in terms of physical strength, but, Thor’s hammer was the decisive factor.

Thor wanted to hit Superman with Mjolnir, but, in a legendary moment, Superman not only stopped the hammer, but, pushed it back. That’s whent he Man of Steel towered over a shocked Thor with the hammer in his hand. Superman got pummeled, but, not destroyed, and emerged as the clear winner of the battle. 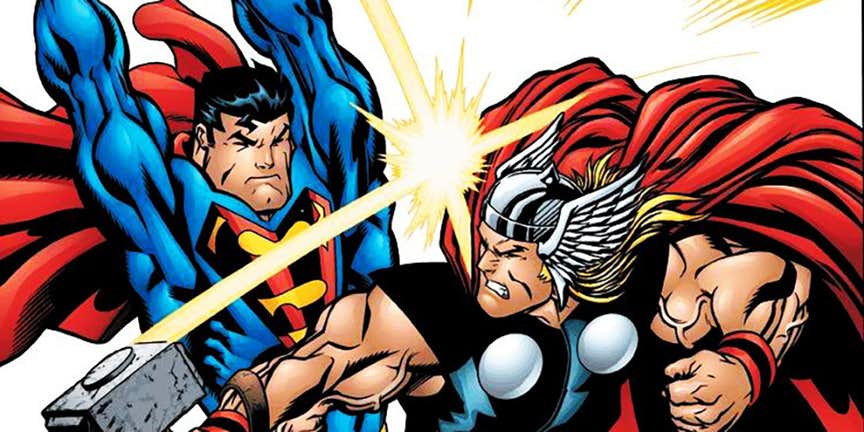 25 Times MCU Fan Castings Proved To Be More Awesome Than...