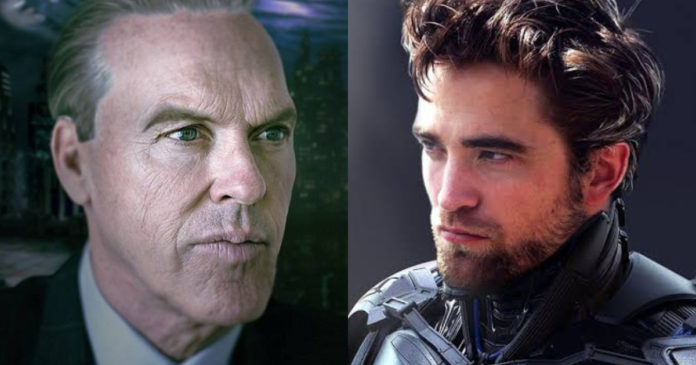 It now looks like Robert Pattinson may end up becoming our next Batman in Matt Reeves’ upcoming film. All the fans seem to be positive about this casting, but there is one section of the fans that see an opportunity for a Battinson. The internet has now figured out that the actor would make a really good Terry Crews, who is the all-new Batman in Batman Beyond. When it comes to the old Bruce Wayne, we want the actor, Michael Keaton to play the role.

Chris Hastings had posted a photo of Pattinson and Keaton with an image from Batman Beyond of Terry and Bruce, and added the caption “DO IT.” 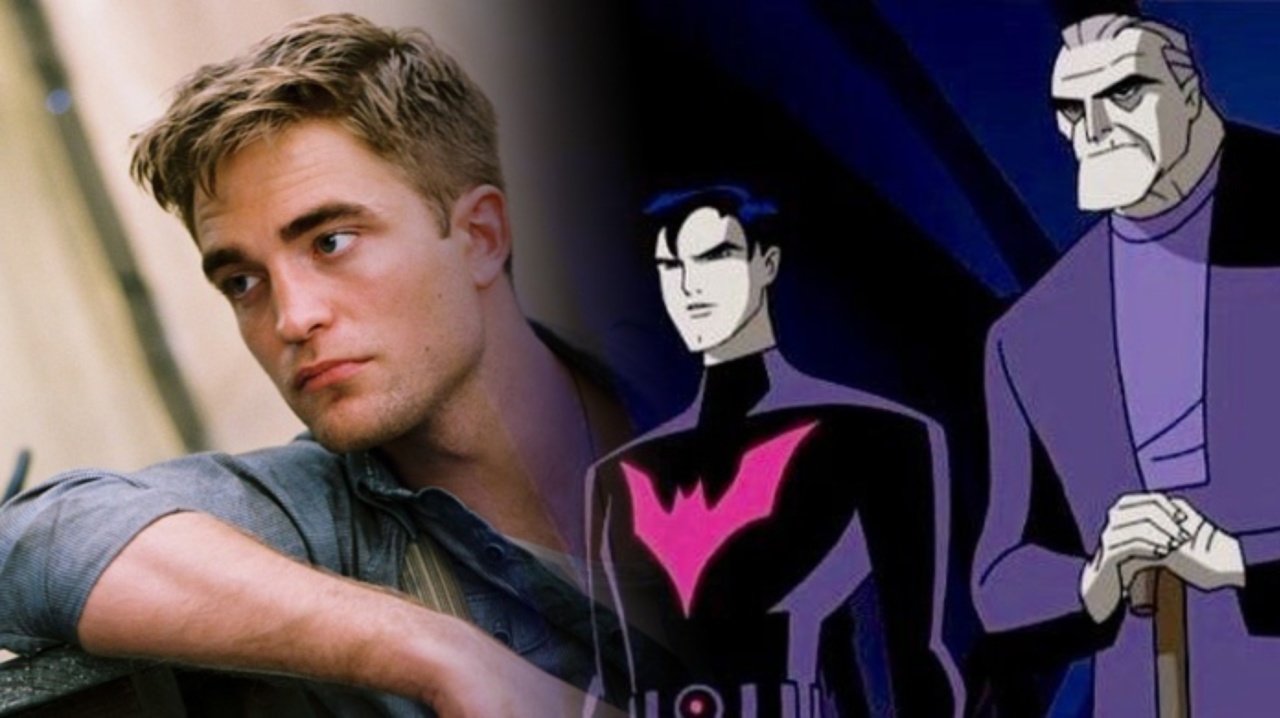 Many were into this idea, and Keaton is always looked upon as one of the best Batmans in history.

Nika Harper said “I am officially into it”, and Phan-Site had commented with a GIF of Michael Scott saying THANK YOU!” 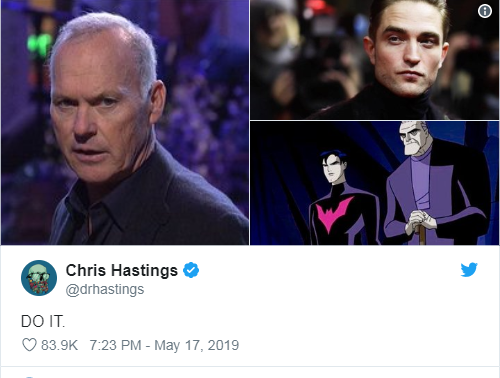 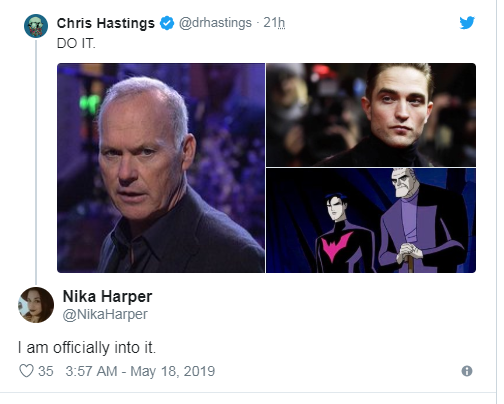 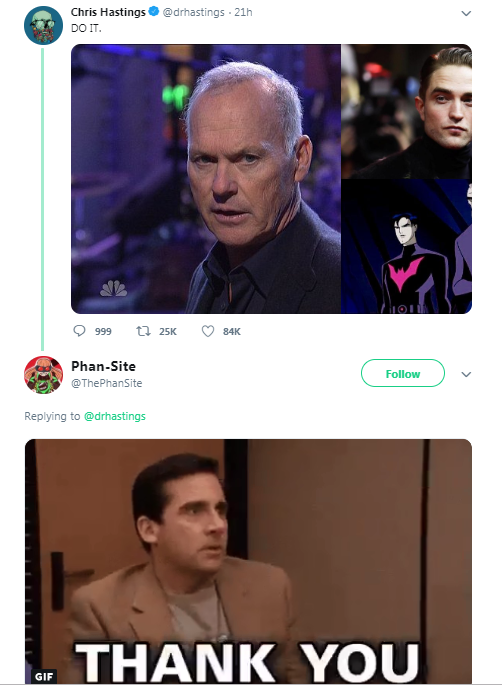 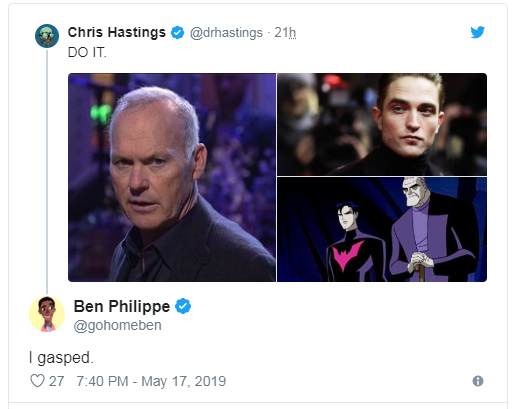 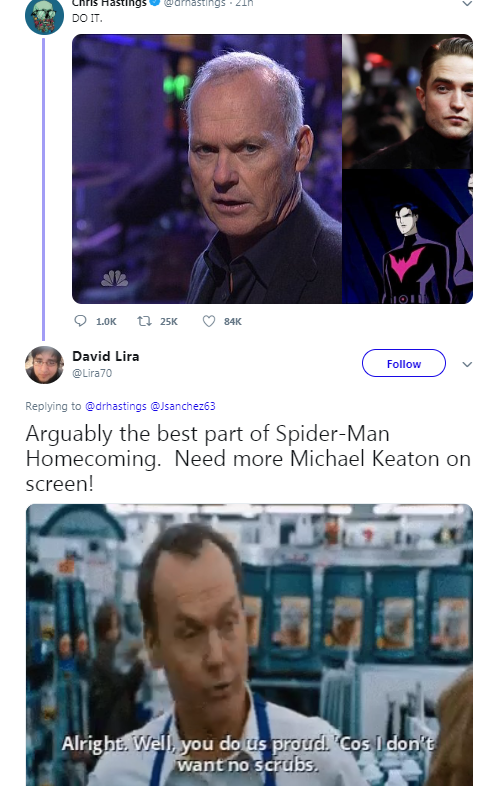 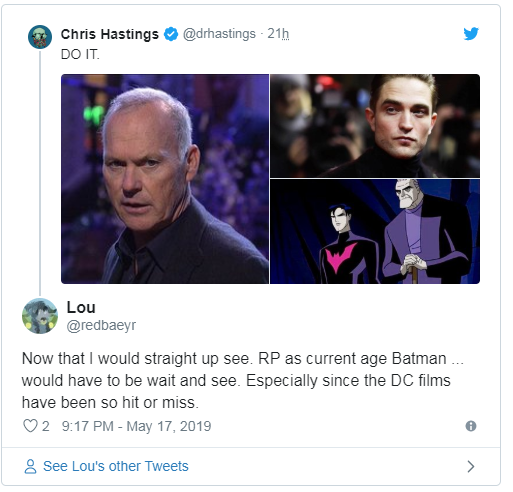 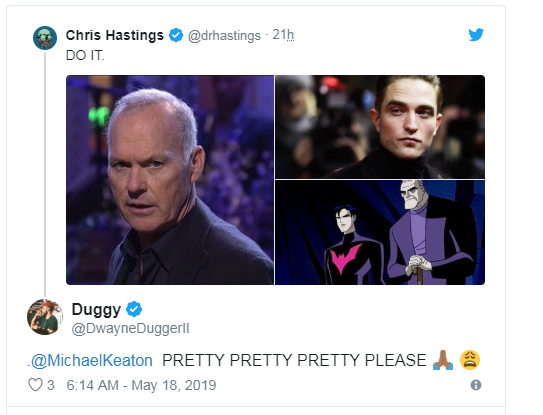 Pattinson’s role as the Caped Crusader has not been confirmed by the studio as such, but if this happens, then a lot of other casting announcements will follow. This will be the very first chance the fans have to find out what allies and villains would be included in this movie with Reeves’ Dark Knight. Reeves had taken over the Batman stand-alone movie after Ben Affleck had stepped down as the writer and director of this project.

Affleck had then left the role, and it now makes sense as Reeves has said that he wants to make a different Batman film. It is unknown if the movie will connect to the other DC movies like Justice League and Wonder Woman. 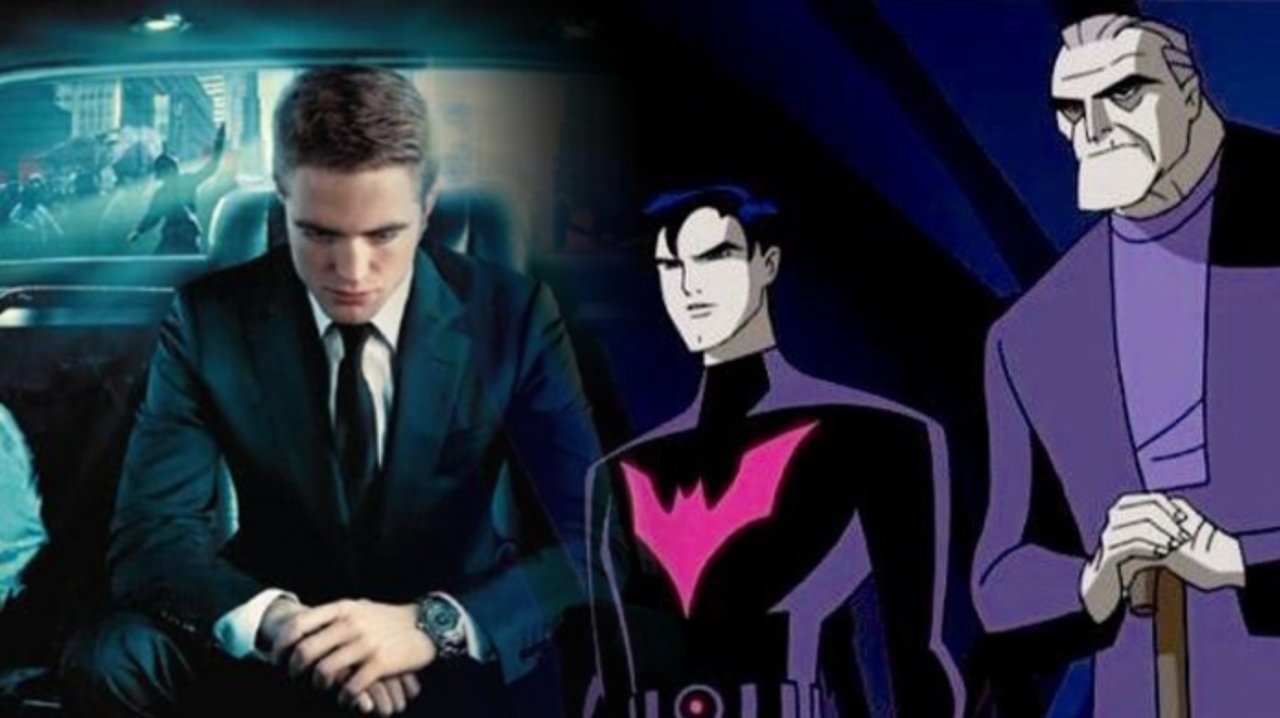 Avengers 4: 7 Secrets That Marvel And Disney Wish To Hide...